First off here are some pictures! 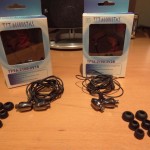 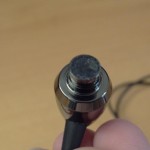 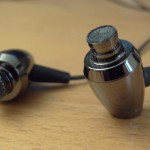 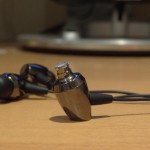 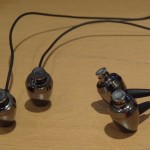 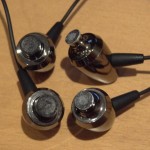 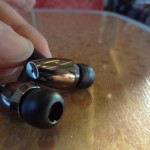 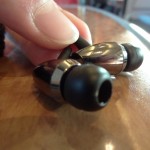 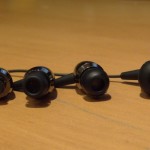 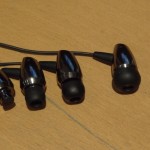 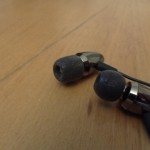 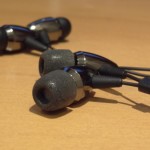 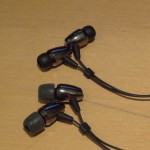 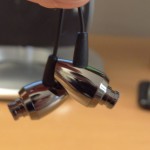 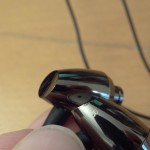 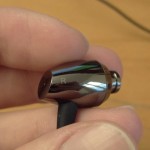 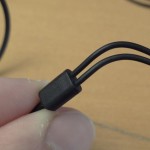 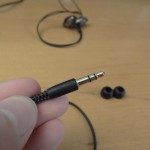 I firstly would like to thank Paul from RMXdirect for giving me the opportunity of listening/reviewing these earphones!

Info on the products can be found on the TFTA website

And also can be bought via Amazon

(28/09/11) Update:
Ok first of all I would like to state that the products will be re-packaged and also the 1XB’s will be coloured in gold so that people will be able to see the visual difference between the two.
Nothing will change in terms of the internal bits of the earphones, this is simply cosmetic change, however the principle of the 1XB vs. the 1V will still apply – In other words one will have “normal bass” the other “heavy bass”
So in other words, like what Monster have done:
MTPG for bass and in a gold colour exterior, and the MTPC’s for treble and in a copper finish.

(29/09/11) Update:
The new packaging will also include (on top of what I’ve already said)
-A leather carrying pouch
-Instead of “only” 3 silicone tips, there will be now 5 silicone tips (incl the triple flangue tips for deep insertion)
-The price will NOT change, despite the new additions + repackaging = epic win
-They can be shipped anywhere in the “EC” = EU, and will soon be available in the USA via Amazon
-Cable is confirmed to be straight, and won;t be changed to L shaped
-It uses Thin film technology

Here is a picture provided by Paul of the new packaging of the new earphones: 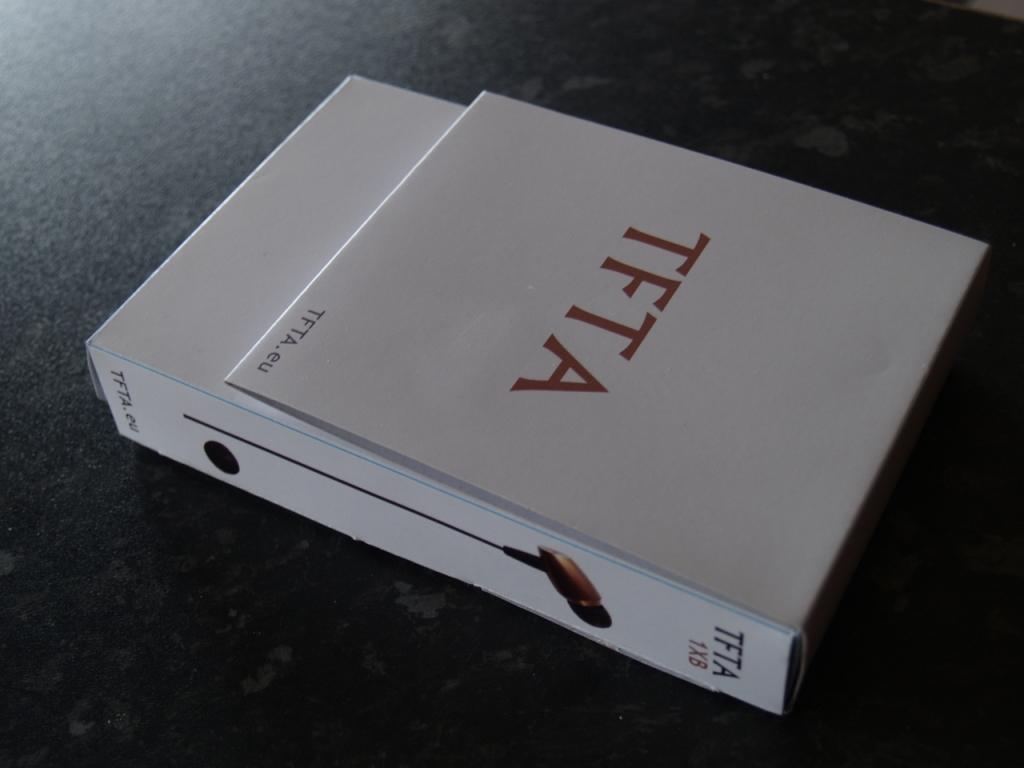 So first off I will copy n paste the specs of both earphones (they are identical apart from one factor, that in fact isn’t on the site, but on the packaging):
They use THIN FILM technology in the buds – which is different from your ordinary BA & Dynamic drivers. They provide a heavier punch than the dynamics (bass), give crystal clear clarity like the BA’s, are light and comfortable, and go louder (more sensitive) than BA/dynamics, have a larger spectrum of sound

Pros
-Very bloated bass (1XB’s only) -> now much more controlled
-No mids/highs (1XB’s only) -> now can be heard MUCH better, have opened up A LOT, still can be improved
-Sound stage lacking -> much wider now
-Light on your ears
-Affordable price @£100
-Comfortable
-Beatiful bass response
-POUNDING bass, that makes your heart skip a beat (1XB’s) – remember fit is essential in getting the most of of ANY earphones
-Loving their sound signature and overall presentation, better priced than the MTPG’s for sure, and sound as good if not better than my Denon AH-C710’s

Cons:
-Microphonics are slightly present
-Cable isn’t of a good design + straight plug, would be better to have a L shaped plug
-Lacking accessories = No carrying pouch
-Tips don’t really fit properly (1V’s with bigger nozzle)
-When earphones are inserted with stock tips, they make a sound that isn’t pleasant (due to the tip pressing against the casing) -> solved by using other tips (Comply tips)

More impressions, and finally the final review will be posted once I give them more time (burn-in)!

These earphones are flawless, it is very hard to find any problems whatsoever with them!
Now how did they change since I first listened to them?

Well let’s start off with the 1XB’s:
Out-the-box they were very “muddy” and had the most pounding bass I have ever heard in a set of earphones. I was simply blown away with the bass quantity, however it did hurt my ears after long periods of use, simply because there was TOO MUCH bass. Now I’ve NEVER EVER said that when it comes to anything audio related, but these honestly, had a LOT of bass. So, I left them to burn-in and was listening to their brothers the 1V’s which had less bass (still a good amount don’t get me wrong) but not a mind blowing amount of bass.
A week goes by, and I come back to the 1XB’s (no they weren’t burning-in all this time, but I did give them some “rest” so to speak) and wow, what a set of phones.
The “muddy” feel to it, thus the mids and highs being non-existent had gone away and out of nowhere the mids/highs shined through. They weren’t too sibilant like the Denon’s, and didn’t spike you in the ear like the EX700’s. They also weren’t too up-front like the se535’s. They are just enough to satisfy everyone’s needs and yet make you feel like you have a good set of phones in your ears.

So what about the pounding bass you talked about?
Well that actually settled down, which was “good news”, as the bass became more controlled, more refined, and still blew you off your seat, but didn’t hurt your head. In other words, with burn-in, similar to the C751’s they became much better.

And the isolation?
Well the isolation isn’t perfect nor terrible. It’s average. I used them in the UK underground and they isolated better (using silicone stock tips) than my Denon’s with Comply’s and better than the MTPG’s with their so-claimed 90% isolation.
I wouldn’t put them up as the same isolation as the Se535’s but then again, they are not as “big” in your ears, and aren’t over-the-ear earphones. Which basically means, they do well. They aren’t the best, but sure do give their competitors a run for their money!

Accessories etc, how did you find them?
Now the only thing I didn’t like was the overall accessories, wire & jack.
There was NO pouch, extra array of tips, or proper box provided (by proper i mean the box I got looked like it was bought from a corner shop). HOWEVER, that is soon to change with the new packaging and thus means I can’t really rate them bad for that aspect.

One thing that won’t be changing however (confirmed by Paul @TFTA) was the wire, and the jack.
I found the wire a little tangle prone. It is of good quality, however isn’t MTPG style/thick, but isn’t Denon 710 thin/loose. It’s in the middle, but reminds me of the CX500 wiring quite a lot. Tangle prone, and a “grips” to your clothing quite easily…

The jack, well I don’t like having a straight plug. This might just be me, but I want a jack that is L shaped, as it allows it to sit comfortably in your pocket, connected to your MP3 player (in my case the Samsung Galaxy S). This might just be me, but I would think over time, that the wire will gradually break from the jack’s side.
The wire length is perfect, however causes SLIGHT bit of microphonics. I have to say though, my Denon’s and even the se535’s had more microphonics than the TFTA’s – so you be the judge of that 🙂
(Nothing beats the Denon C751’s wires :P)

Look & feel / design
-Well when you pick up these earphones, they do LOOK like they are super heavy, but honestly these are lighter than my Denon’s and MUCH lighter than the se535’s/MTPG’s – this means they sit comfortably in your ear, with no strain what-so-ever.
So comfort wise, these are excellent, paired up with some Comply’s I hardly ever feel them in my ears! Kind of reminds me of the Westone 2’s in that respect.
Although, having said that, I wouldn’t sleep on them. Not like the CX500’s, but not like the TF10’s either!
Their design reminds me of the Denon C751’s, but a little bigger in terms of housing.
They also look & feel nice; reminding me of a jet/space shuttle. Which is always nice to have a set of earphones that you find look good.
Not over the top like the MTPG’s, but nice enough. (Yes I found wearing the MTPG’s in the centre of London a little over the top – don’t get me wrong I loved the MTPG’s look, just hated the fact that people might rob me for them)

Apart from that, the only negative side is that the L/R sign on the earphones are a little hard to see. Adding to this, over time the paint of the housing might come/scratch off, which means that you won’t be able to tell which one is left and which is right.
I would have liked to see a more distinct recognition between the two, almost like what Monster did with their colour coding.

Differences between the 1V’s and the 1XB’s?
Well if you like less bass and more treble go for the 1V’s
If you like more bass, and less sparkly vocals, go for the 1XB’s

Other than that, they sound very similar (bass excluded :P)

OVERALL rating: 8/10
Yes it might have “poor” ratings for its accessories, and cable/jack, but the earphones are supposed to give you a good SQ, and not make you feel like a kid in a candy shop. What these do: Give you brilliant SQ for a very much affordable price. Please do bear in mind though, as their mids and highs lack a little, they are much better suited for the basshead in you, rather than the analytical mids person.

Hope you enjoyed the read!
–TotallydubbedHD