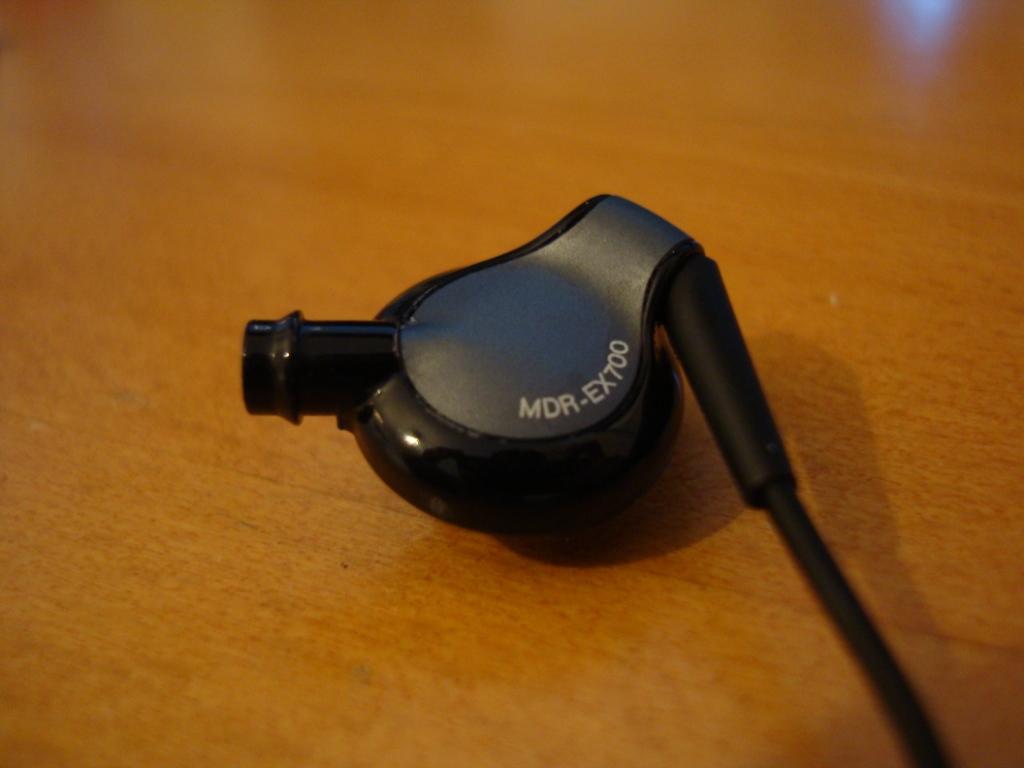 Here is the video unboxing of these:

I found the packaging of the EX700’s relatively normal – nothing over the top nor anything basic and boring.
The accessories provided were also standard, and nothing out of the ordinary – although I did like Sony’s inclusion of several hybrid tips.
I found the carrying case, utterly useless that said. it was too long, bulky, and just wouldn’t be used at all in a pocket – it would be more of a thing you would put in a bag of some sorts. it was a hard plastic carrying case with leather on the outside.

The first impressions I had of the EX700’s was good – they looked nice, and sleek, and reminded me of the EX500’s 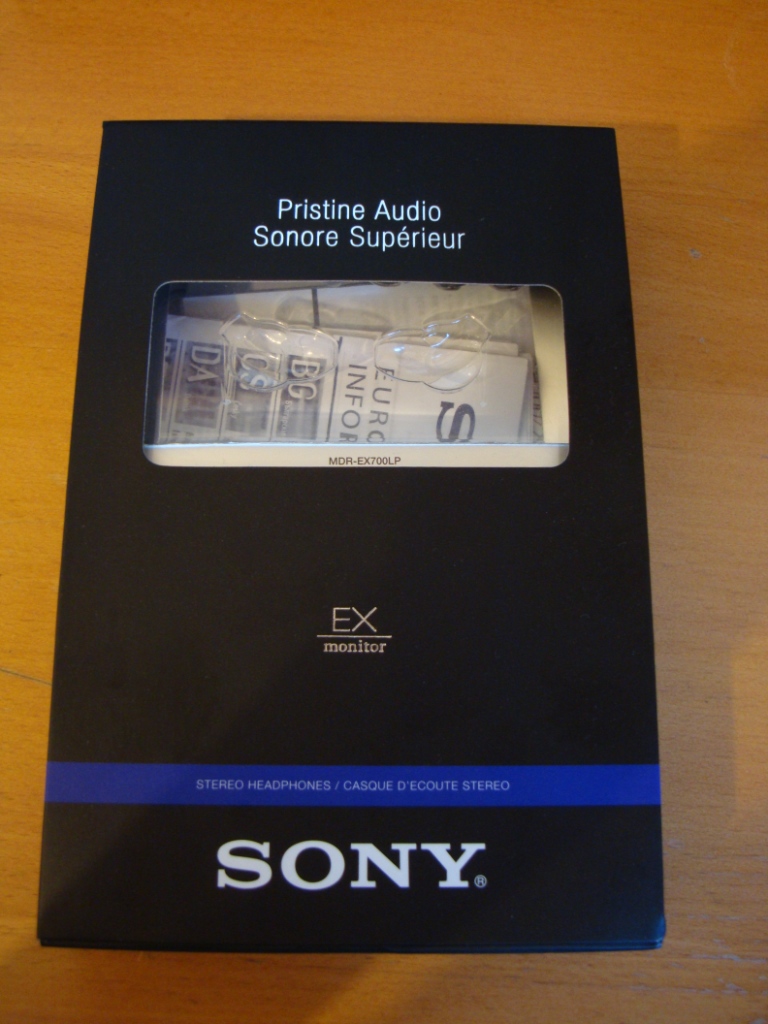 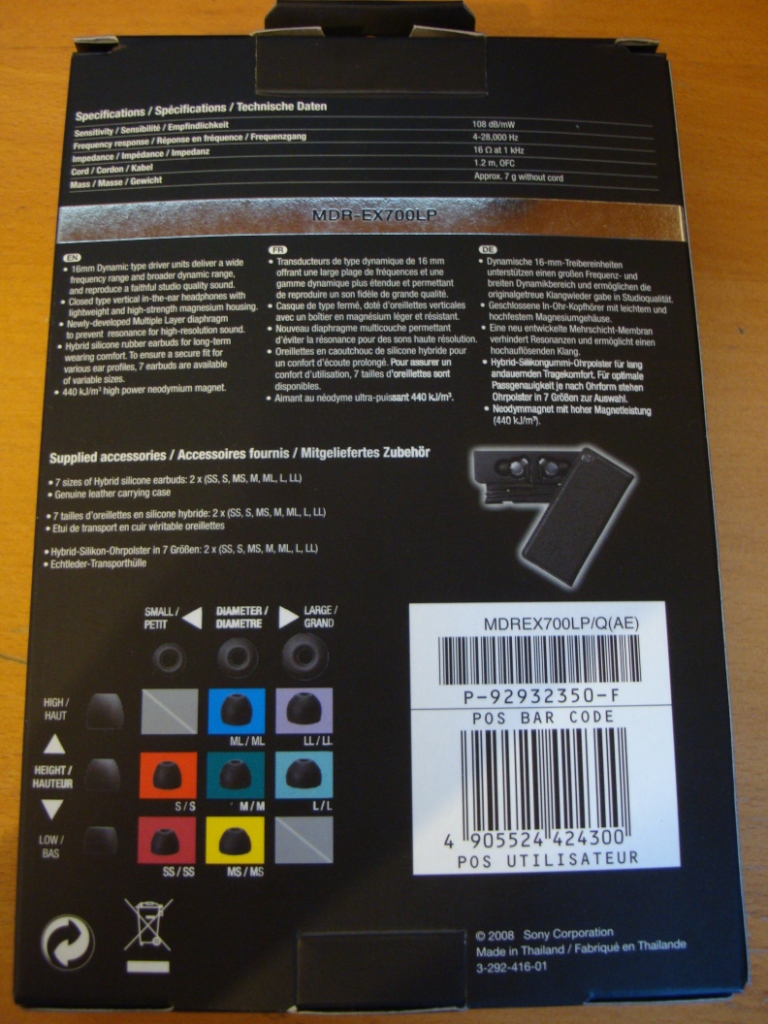 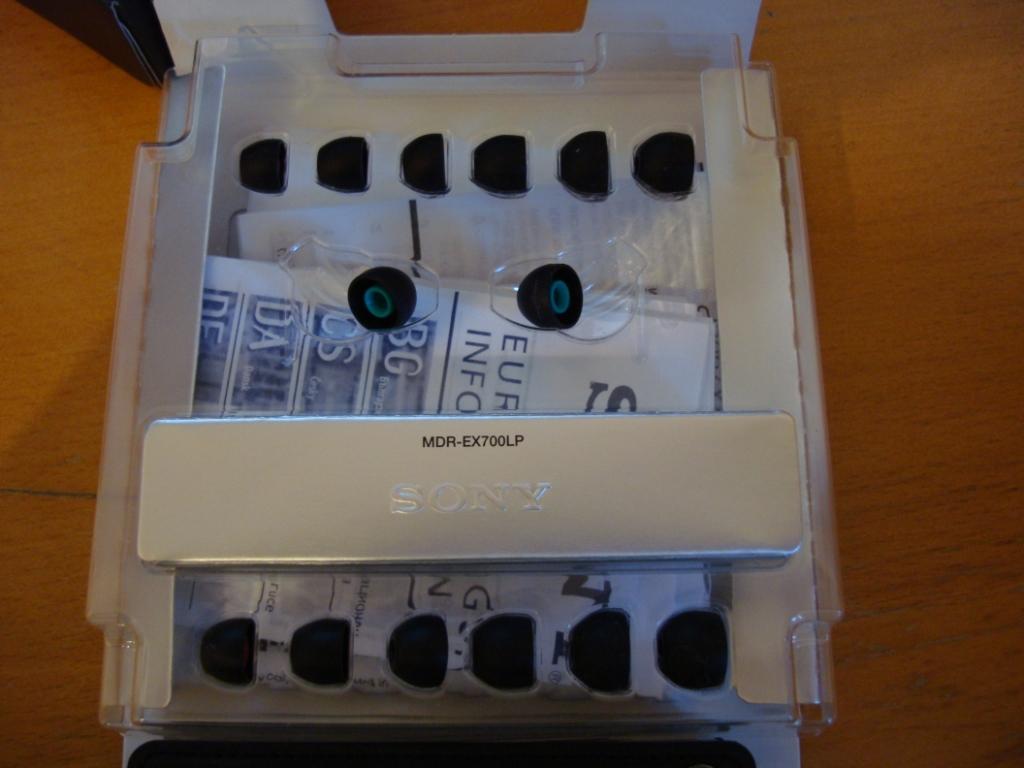 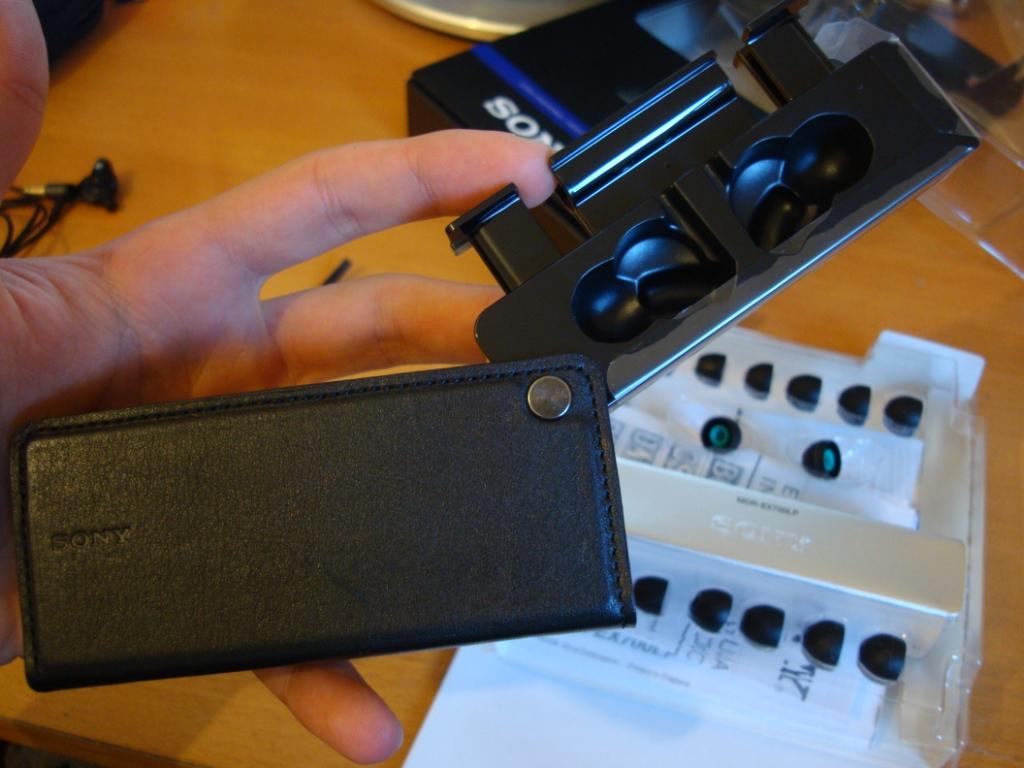 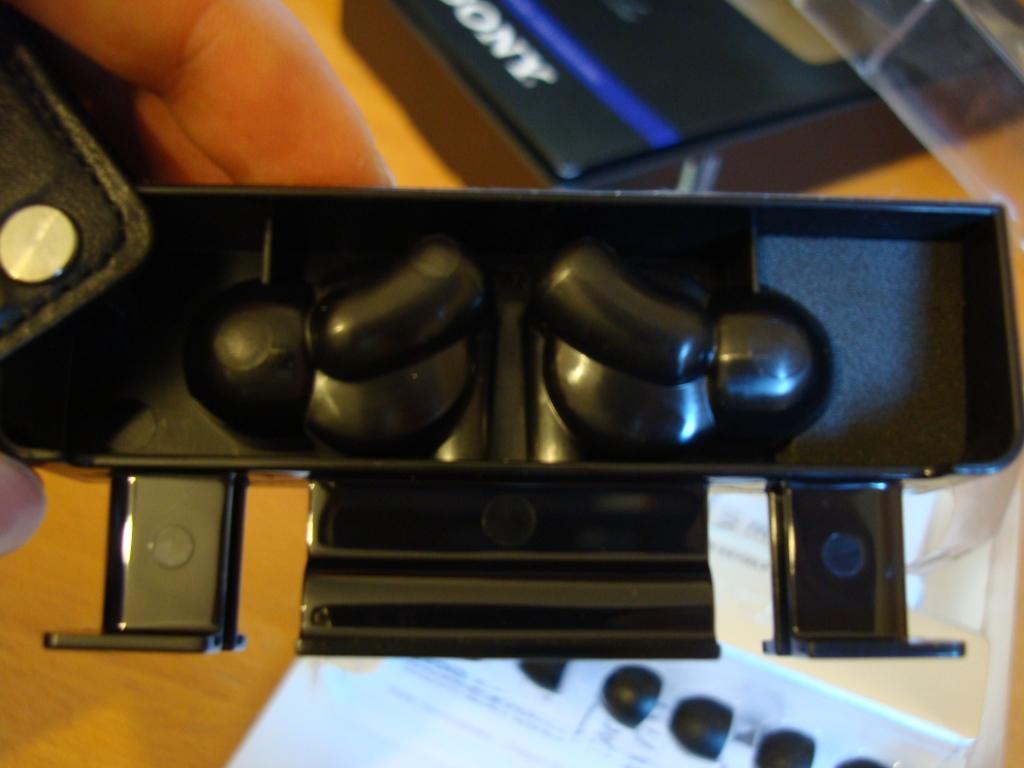 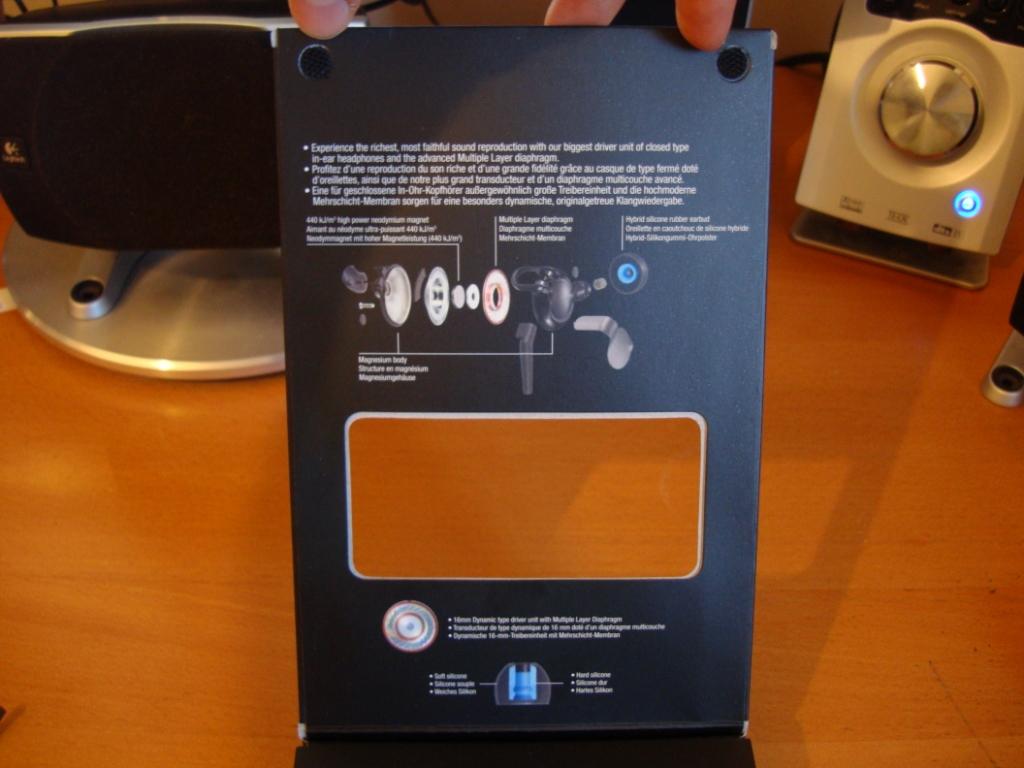 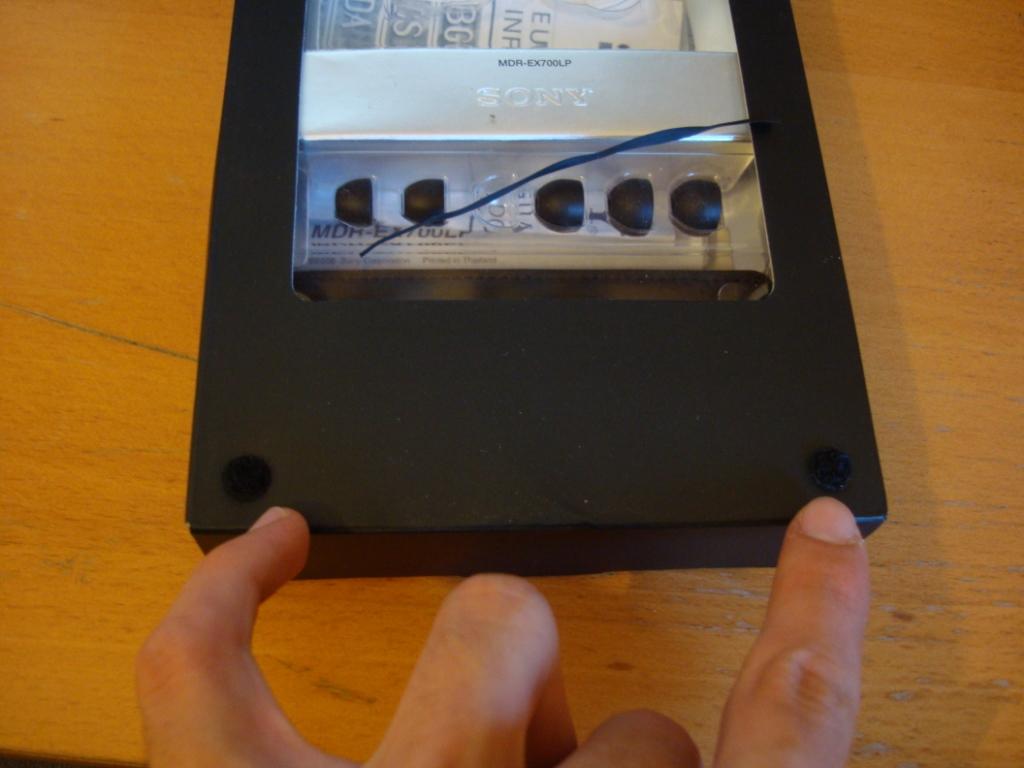 Now the build quality, for the EX500’s was one of the major downsides of the product – the wire came apart after a while and was very tangle prone.
I have to say that the EX700’s are none-the better.The wire got tangled easily, was of the same quality of the EX500’s and didn’t really promote any “higher class” finishing.
The only positive was the jack, which looked better built, with an outer shell. Making the EX700’s look nice plugged into the source.
I felt that the EX700’s wouldn’t last that long, and more so were fragile just like their younger brothers, the EX500’s – if you were one of those that paid the RRP for them, I would feel sorry about the length of time these would actually last. Also considering Sony’s return policy, and even warranty policy is close to useless. 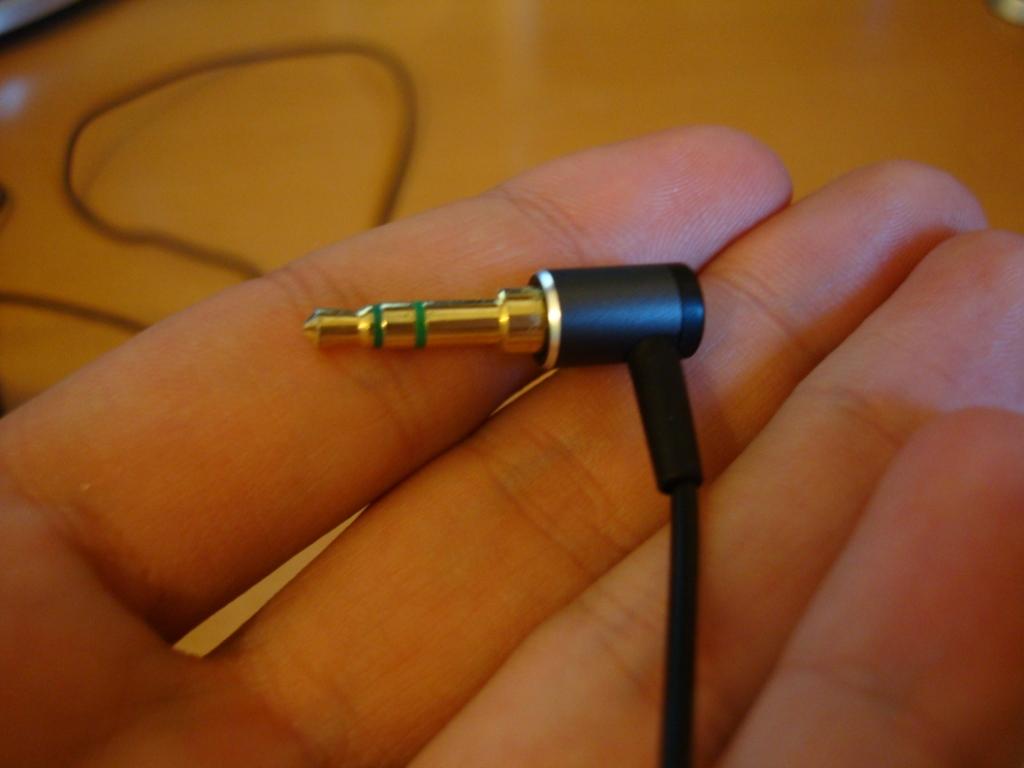 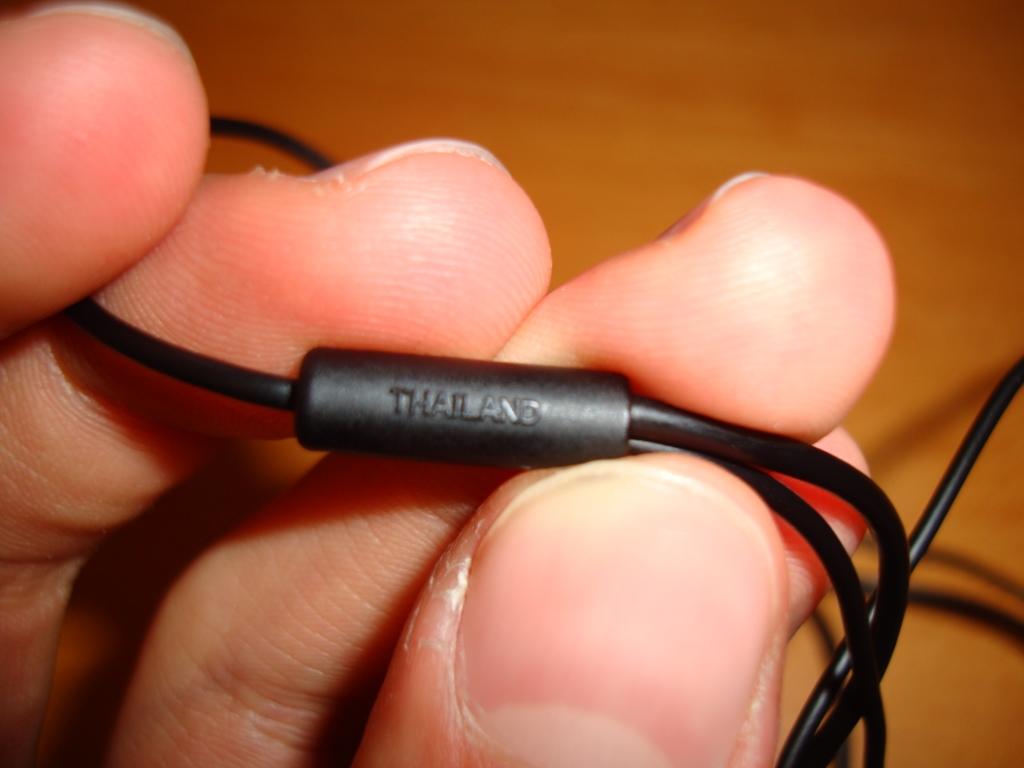 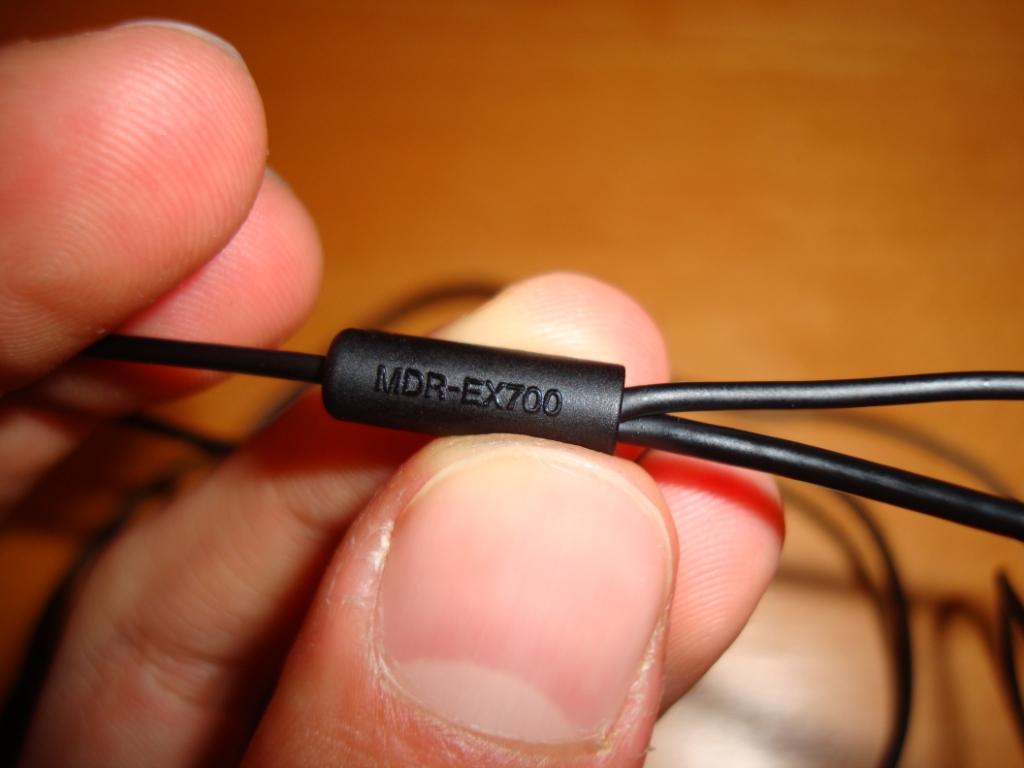 The look was nothing out of the ordinary for me, as I came straight from the EX500’s – however if you were to buy these and have not owned any of the EX series yet, they would seem weird.
The earphones, go into your ears almost diagonally – they are very comfortable to wear, don’t worry.
So the look was nice, and with the finish it had at the front, it made them look classy. The isolation however, is another story.
The isolation on the EX500’s was never perfect, even with Comply tips, and the EX700’s even though they don’t have a “showing driver” didn’t have great isolation – with Comply tips it helped a little.
I found wearing Comply tips my favourite tips, even though they did bloat up the bass a little. 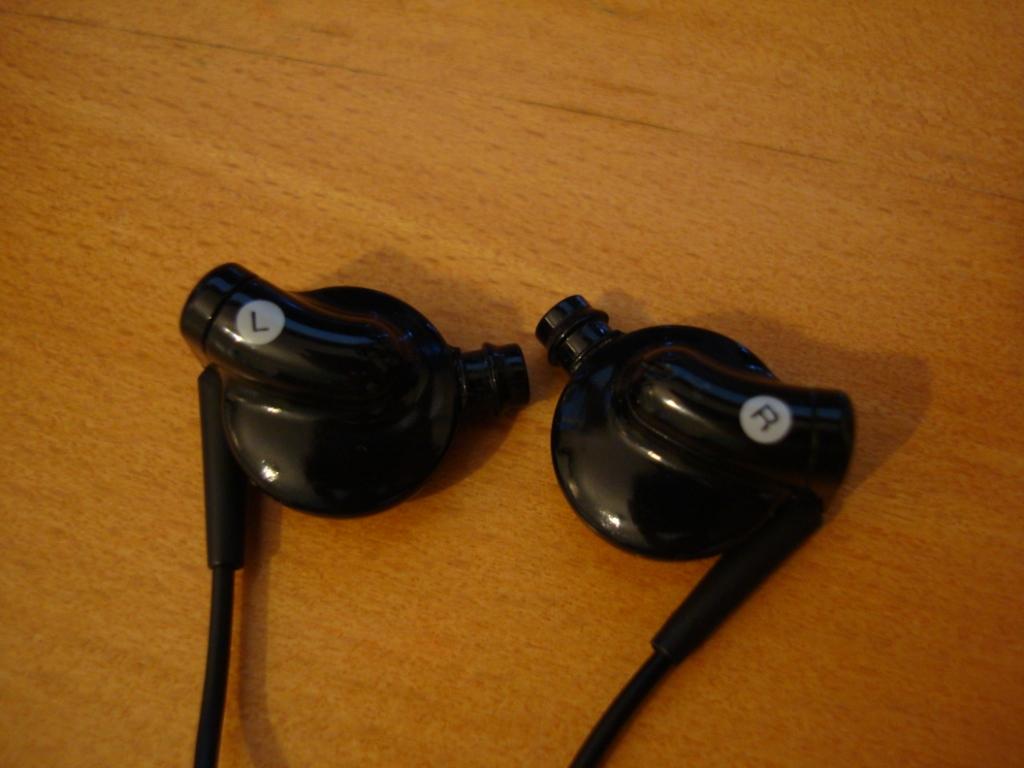 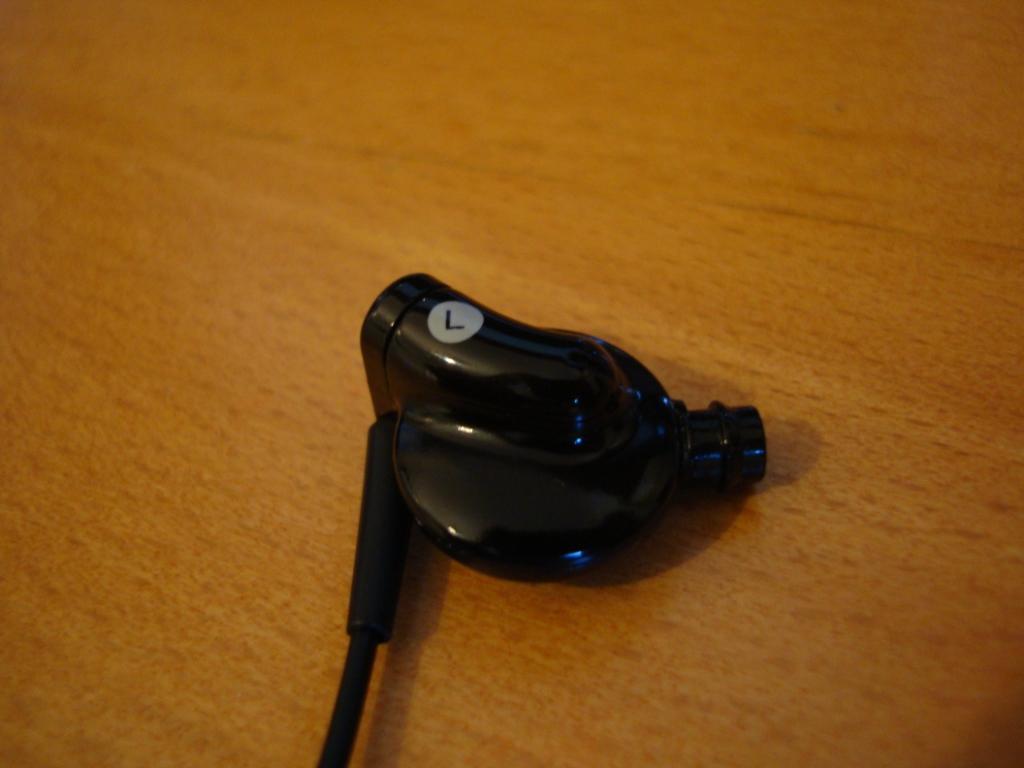 When I first got these, as they had been pre-burned in by another head-fi user:
They sounded great, but had an incredibly bad high spike. This didn’t change over time, and the SQ stayed the same. They were a clear upgrade over the EX500’s, but not a £140 earphone. The price I gave the EX700’s was exactly what I had paid for them, £70.
I wouldn’t have paid a penny more, as the EX500’s did an amazing job, especially for its price. The EX700’s were a let down at their RRP, but for a cheaper price, a good set of earphones.

Now put bang for buck aside, the SQ wasn’t pleasant to my ears. I did enjoy the EX700’s extended lows, and better definition in the mids, and also the soundstage – but those highs just got me, getting them out of my ears. 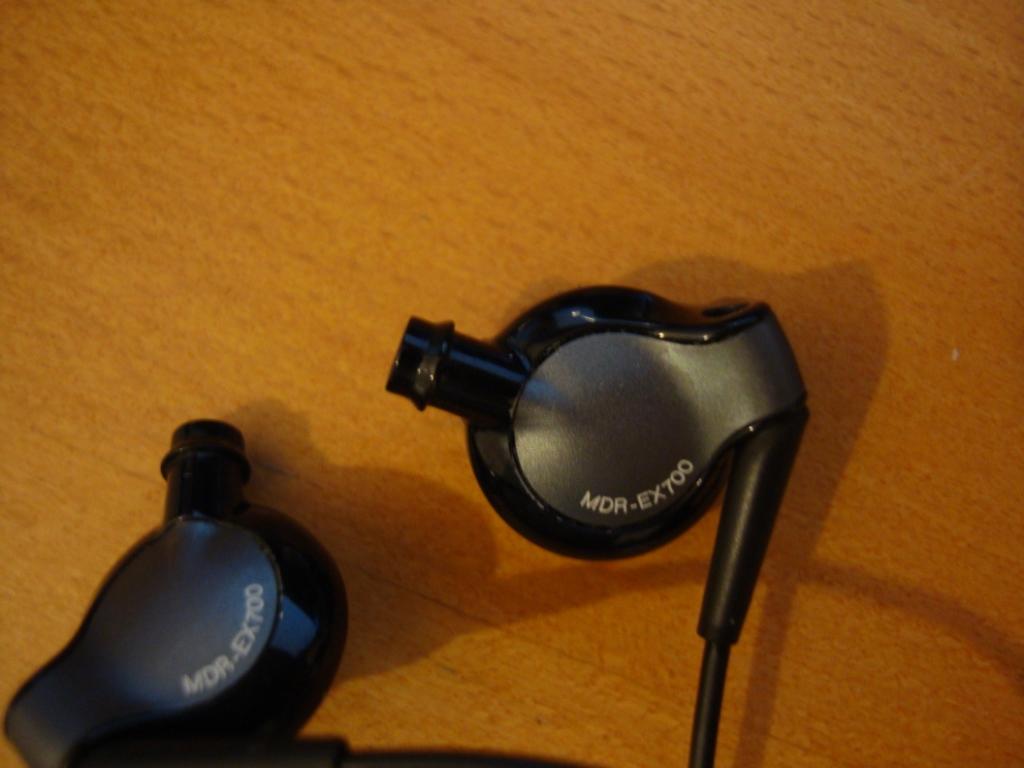 Lows: Well extended, good sub-bass emphasis, and a nice mid-bass punch. These weren’t bass heavy earphones, nor the best earphones you can buy for bass, but that said the lows were an improvement over the EX500’s

Mids/highs: The mids were good, although a little rolled off at times. They were a little forward, and presented vocals quite clearly. This was the biggest improvement for me over the EX500’s. Wereas the EX500’s would sound even more rolled off, the EX700’s did a better job.

The highs however, were another story all together. The weren’t tamed or smooth as the EX500’s were, they were sharp, spiky, and very much irritating to listen to after a

Soundstage: The soundstage also was an improvement over the EX500’s – it felt that the EX700’s had more depth – the “openness” still sounded the same, nothing had really changed there – but it felt that the depth of the music, had improved.

All together, the EX700’s were an improvement over the EX500’s. I didn’t feel paying 3x the price was worth it AT ALL – a 1.5-2x price difference is where I rate the EX700’s to be. That is also considering you can survive the brutal highs is dishes out.
I tried taming them down with some Comply foam tips, and a resistor adapter. Both helped, but obviously didn’t change the overall characteristics of the earphones.

So long story short:
If you can buy the earphones for a relatively cheap price, go ahead – do keep in mind though, that the highs might not be to your liking, and EQ’ing or comply foam tips might be your “only way out”

Here is my video review of them: