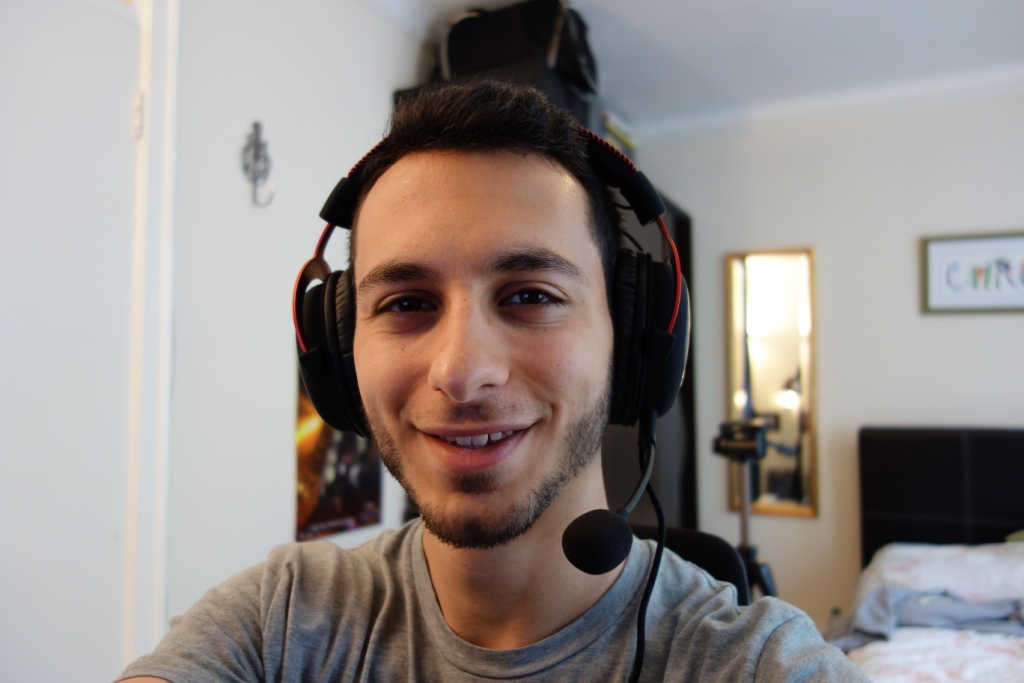 First of all I would like to thank HyperX for sending me their headset for review. After having reviewed a variety of headsets, I was curious to see how the HyperX Cloud II would compare to its competitors, such as the Creative Sound BlasterX H5 Headset and more so the QPAD QH-90, which looks identical to the Cloud II.

Note: Some aspects of this review will be similar to my QH-90 review, as they’re similar in many ways.

Within the box, you’ll find the headset (with its integrated 1m cable terminated by a 3.5mm jack), a detachable mic, a 2m extension cable with a control pod which has mic mute switch, volume up/down for both headphone and mic volumes and a 7.1 surround sound button. There is also a nice carrying pouch included, a set of extra ear pads, an aeroplane adaptor and a set of manuals. 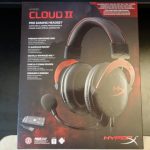 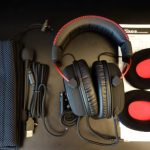 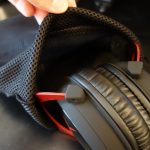 The overall packaging and accessories included is a true testament to the attention to detail by HyperX.

The headset’s build quality is really well thought out. The headset’s cable is terminated by a 3.5mm gold-plated jack and the mic is detachable.

Starting from the headset, at the top of the headband you’ve got an embedded HyperX logo, which really stands out from the rest of the other headsets (due to its different material design). 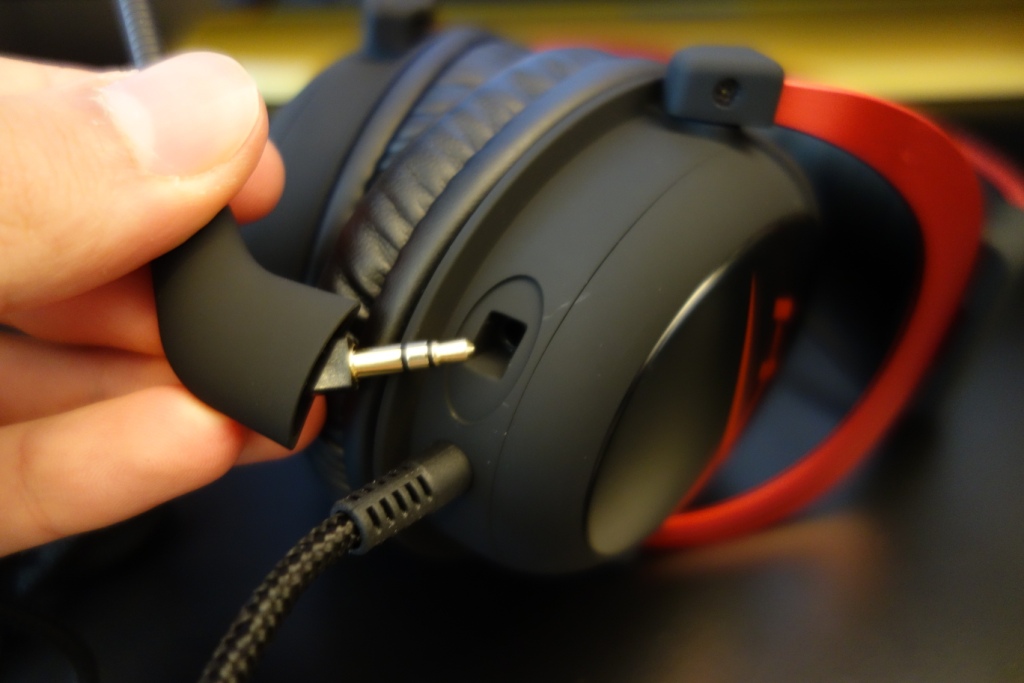 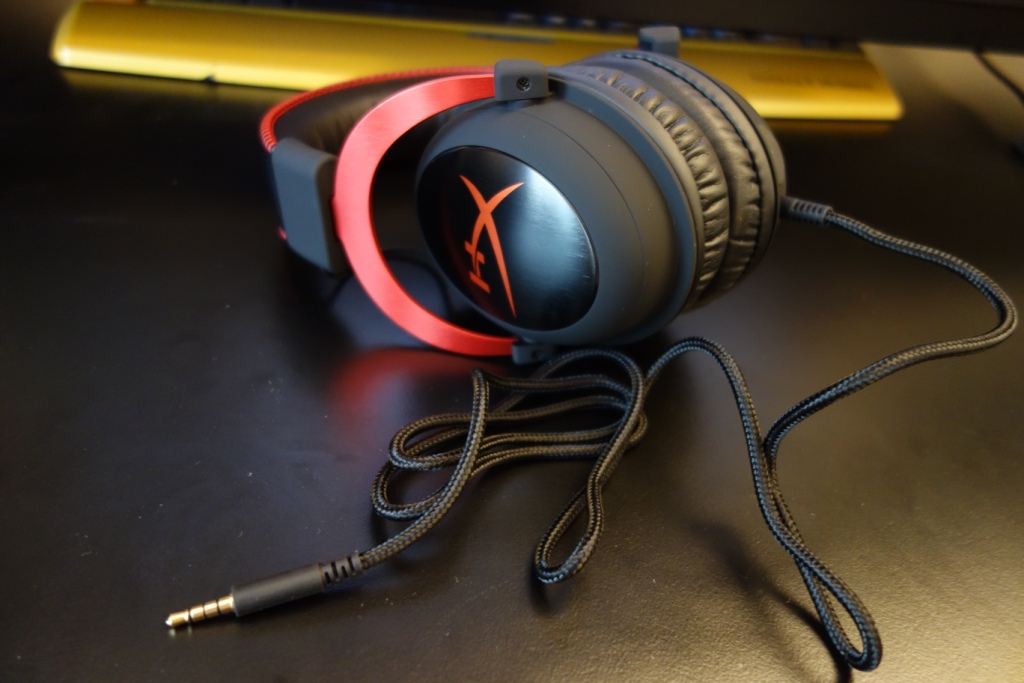 Moving to the cups, there is a “HX” logo, which looks nice and depicts the HyperX brand. The ear pads are very soft and well built. What’s better is that you’ve got the choice between velour and memory foam pads, allowing you to change between the two and wear the one which is most comfortable for your needs. The pads are very easy to change and it’s great that HyperX give you the option to interchange between the two. 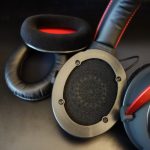 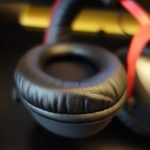 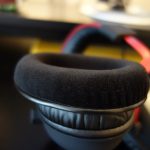 The headset can be found in black (gunmetal), black and red, and white and pink. The colours provide an option for everyone’s taste, which is a nice touch by HyperX. What I like is that the finish around the driver’s cups are made out of a rubber material, saving you from a lot of fingerprint marks. 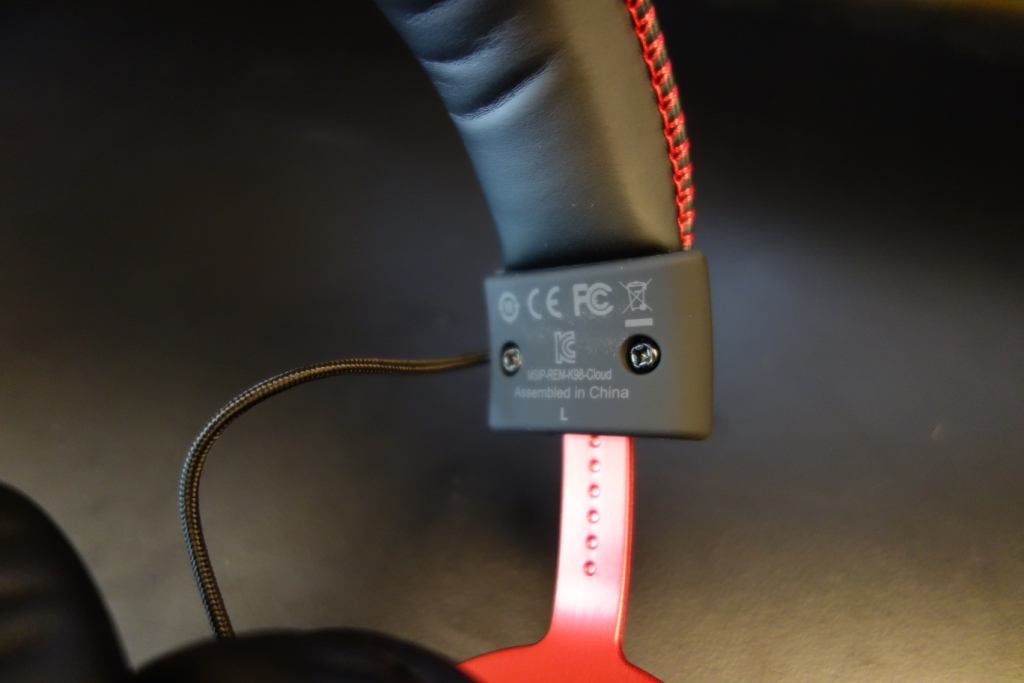 The cable exists the left-side driver with a non-detachable cable which is terminated with a single 3.5mm jack, meaning you can plug it in directly to your phone. This cable is then connected to a control pod, which is terminated by a USB jack. The USB input means you bypass your internal soundcard, which is a huge benefit in comparison to other headsets out there. This allows you to have static-free recordings and benefit from decent audio output. Of course, if you have a soundcard, you’ll not be using it, which might be a little bit of a let down for some. 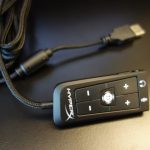 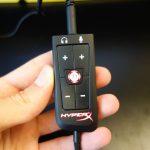 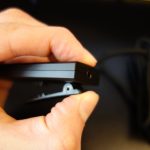 Speaking of which, the control pod has the ability to create a virtual 7.1 surround sound by the click of a button. I found the feature to be a little bit of a gimmick, but did as advertised creating a somewhat more surround sound. The control pod also has a shirt clip.

Overall, the build quality is extremely good, especially given that it has a USB input and the option to be used through a 3.5mm jack with non-USB output sources, such as your smartphone.

The headset is comfortable, although due to being over-the-ear and slightly tight in terms of its clamp, it means your ears do get hot in longer gaming/listening sessions. 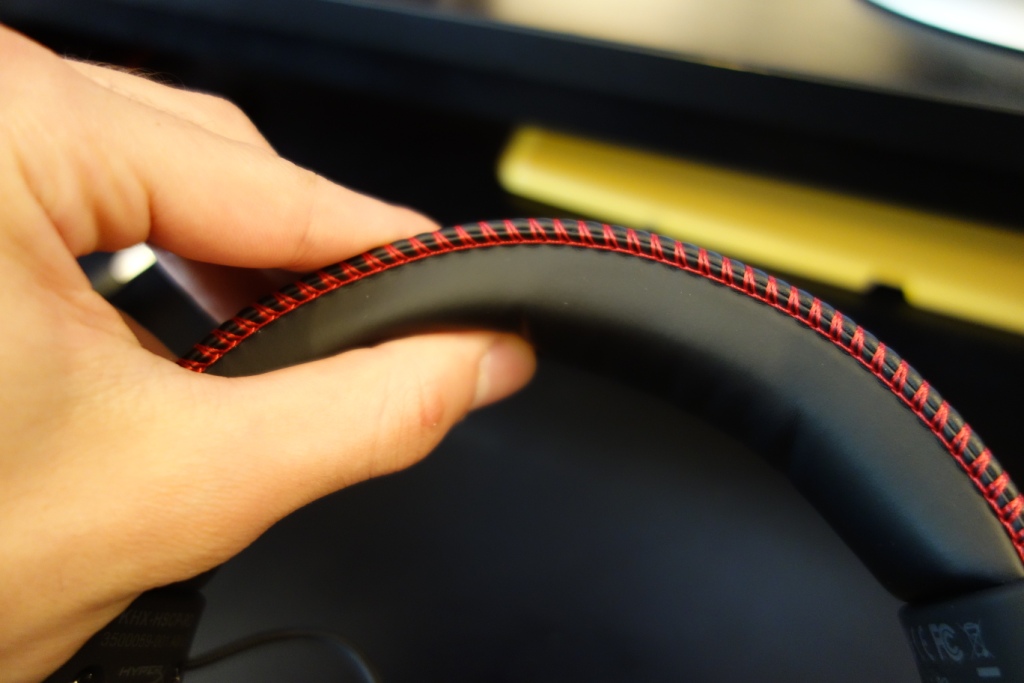 Nevertheless, the pads are thick enough and its drivers are large enough to cover most ear sizes, meaning it’s comfortable to wear, even with reading glasses on! It should also be mentioned the top of the headband has enough padding too.

The headset’s isolation is very good, meaning if you’ve got a busy household, you’ll block them out passively.

Sound quality tests were done through my phone (3.5mm) and computer (USB).

I was very much impressed by the headset’s sound and recording qualities for its price. However, taking it out of its price bracket and comparing it to other headsets and audiophile headphones, I found many flaws:

Starting with its recording capabilities I found the HyperX Cloud II to sound a little muffled. It sure is perfectly acceptable if you’re going to be using it for in-game calls or Skype conversations, but I found it to be a little limited if you want to be constantly speaking or Twitch streaming. I felt that the headset’s recording frequencies were limited and condensed – from the lows, mids and highs, it just lacked that ‘clean’ recording quality. 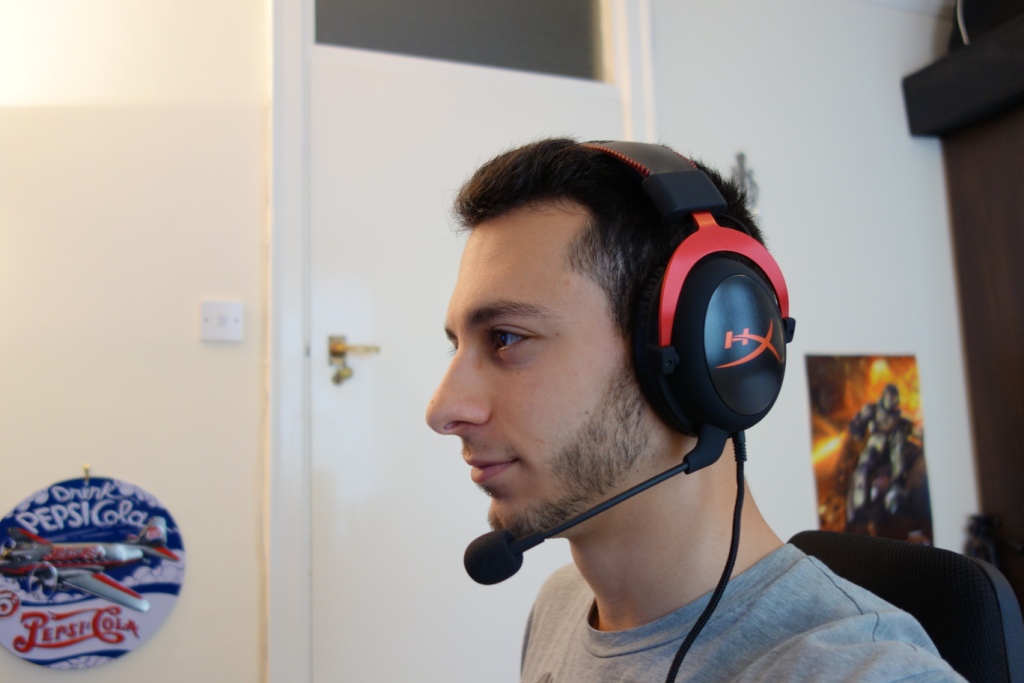 The sound quality was also a little hit and miss, with the headset having a decent sub-bass, albeit being cut-off. The mid-bass had a good impact for explosions and slams within songs, but lacked that control. The mids were also a little pushed back and recessed, whilst the highs didn’t fully extend. The soundstage is also a little closed sounding, but did provide good instrument separation allowing you to distinguish the footstep locations within games such as CS:GO.

Now this might sound all negative, but you have to put it into perspective that this is a £65 headset and for its £65 price tag, there’s very few headsets that can realistically challenge it. The reason the above sound quality description is more negative, is due to me comparing it to much more expensive audiophile headphones. It’s to give you a perspective and the true sound quality of the headset.

Nevertheless, as said, for its price the sound quality and recording quality are both above-par and it would be hard for you to find a headset that offers a similar sonic reproduction for £65. 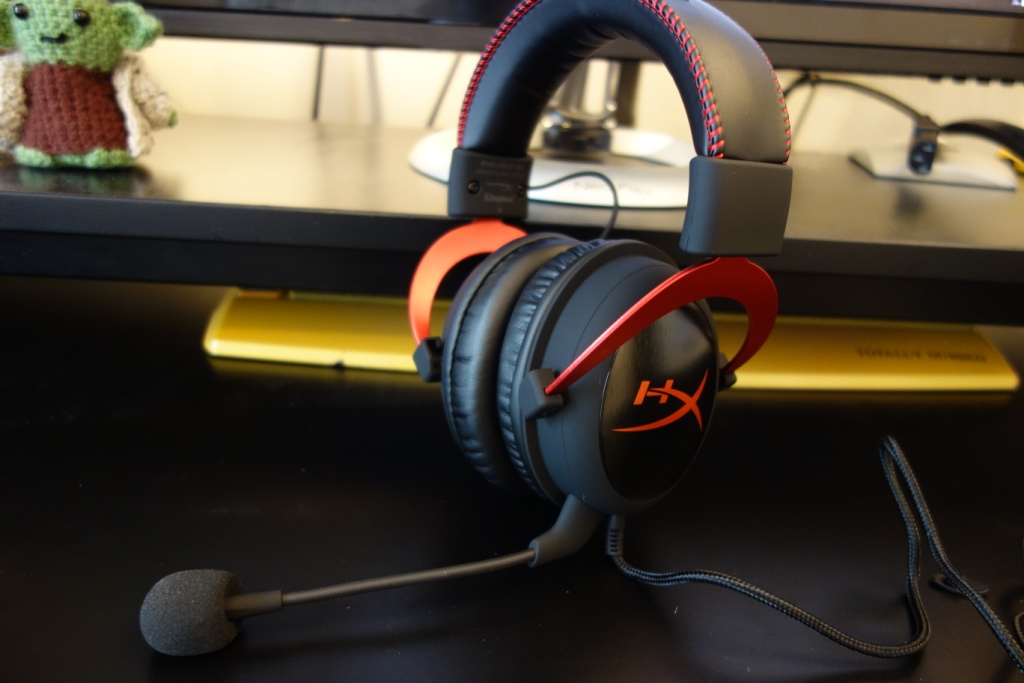 In conclusion, the HyperX Cloud II is one of, if not the best headset at its price point. HyperX provides an amazing set of accessories, a great build quality, design and looks, but most importantly an above-average sound and recording capabilities. Sure, it can’t quite be compared to higher-tier headsets and headphones, but it does a fine job nevertheless.

I would say its main rival is the QPAD QH-90, whereby the QH-90 has a lot better sound and recording capabilities, whilst sharing the same build quality and design elements as the HyperX Cloud II. However, it’s limited by being a 3.5mm jack-only headset, where it suffers from on-board soundcard limitations.

So, if you don’t have a soundcard and want to save yourself £15 on the headset’s price, then the HyperX Cloud II is the way to go.