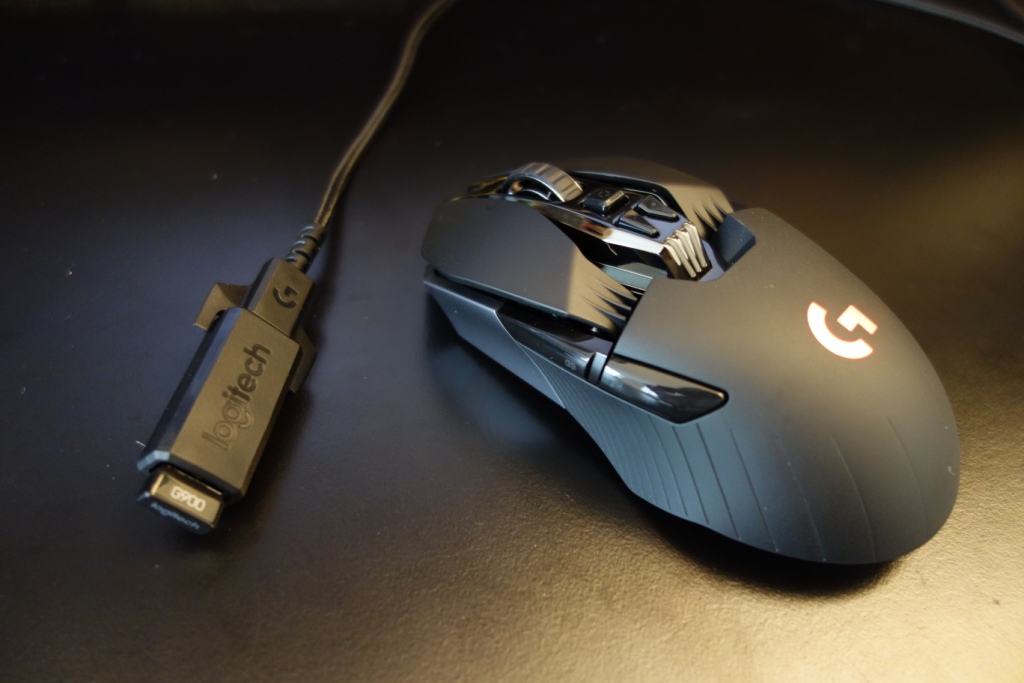 Having reviewed the Logitech G303 and Logitech G502 mice, the G900 intrigued me, as it houses the same sensor Pixart PMW 3366 sensor as its two wired brothers. Therefore the biggest difference the G900 has over the other two wired models is its wireless capabilities and its different form factor.
The mouse can be found on AmazonUK for around £135 & AmazonUSA for around $150 (note the prices do heavily fluctuate) – as I am a UK based reviewer I will be reviewing it at the £135 price tag.

Here’s my video review of the mouse:

Full specification and a description of the keyboard can be found on Logitech’s website.

The build quality of the mouse is truly fantastic, in fact, it’s one of the best built mice I’ve ever come across, and that mainly comes from how it can be customised.

First off a quick note on what you get inside the box: The mouse, a small G case two side buttons, a USB receiver and an adaptor, you also get a braided USB cable which is terminated by a microUSB. 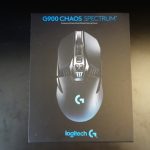 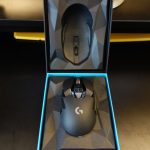 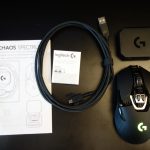 Starting off with the cable, it’s braided, which isn’t much of a surprised given the G303 and G502, but it’s good that Logitech have used a microUSB connection for the mouse itself. This means that if you were to ever have a problem with your original cable you can easily replace it with another microUSB to USB cable. 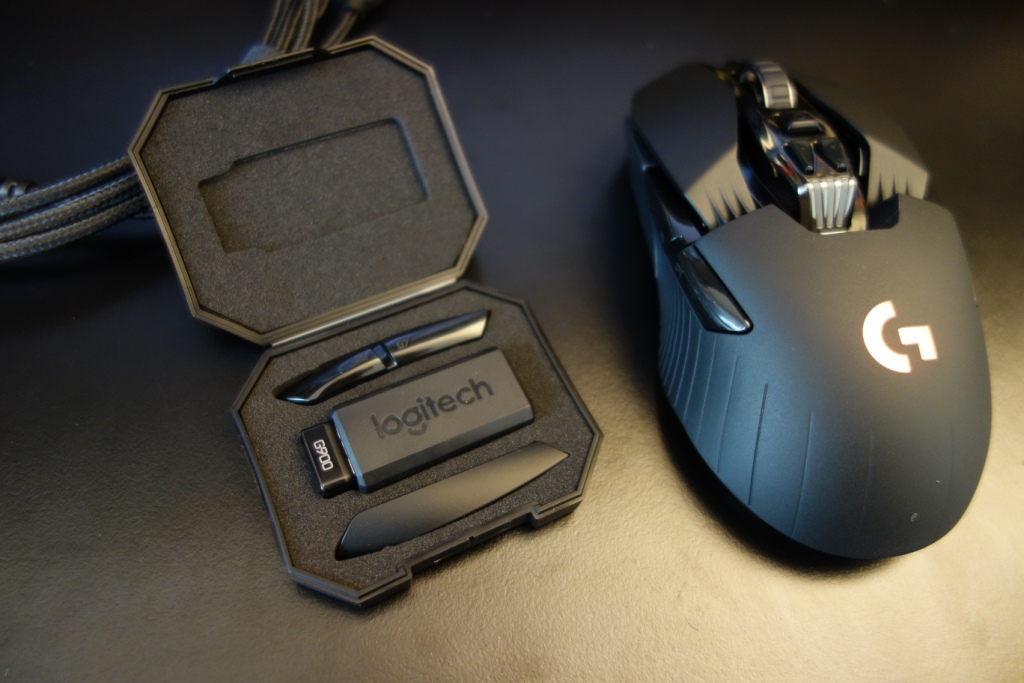 The contents of the small box included within the package got me by surprise. It interestingly has replacement buttons for your mouse. These buttons can be used to add or remove both the left and right-hand side buttons of the mouse. This small, but yet fantastic inclusion allows both left and right handers to use the mouse with ease. Due to the mouse being symmetric in design its customisation options are fantastic. 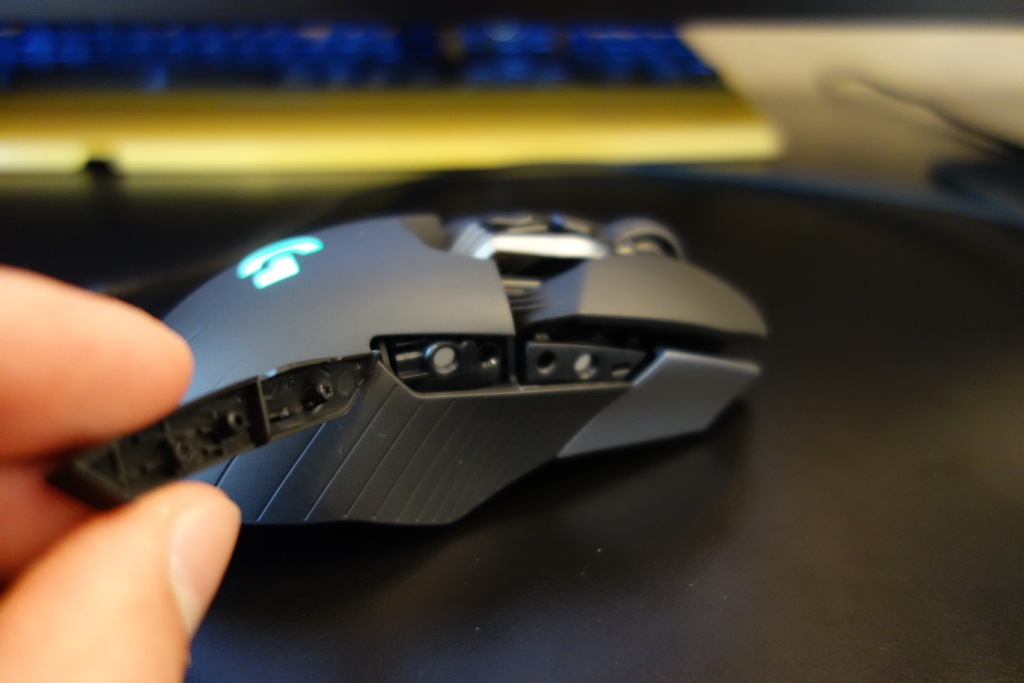 The box contents don’t stop there. You get a USB dongle, which is extremely small, meaning you can easily plug this into your laptop or portable hybrid laptop (running Windows) and not worry about a huge USB flash drive sticking out of your PC. There is also a small USB to microUSB block adaptor, which allows you to plug in the braided cable to your PC, then to the adaptor, where you would then plug in the USB receiver into this tech-chain. This allows you to have your receiver closer to your mouse, in case your computer is far away or has interference problems. 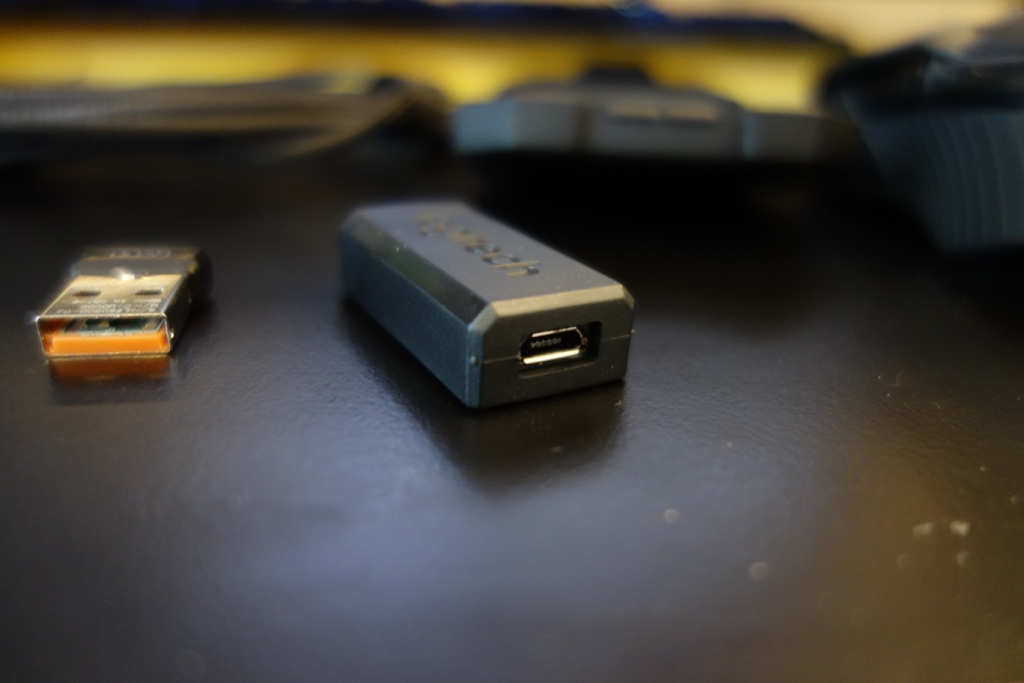 Moving on to the mouse itself: It is connected at the front through a microUSB port. You’ve got two programmable buttons on either side of the mouse (resulting in 4 buttons in total), which as previously mentioned can be removed and replaced with a simple cover. At the top you’ve got DPI lights, two buttons (which can also be programmed) and a scroll wheel button that allows you to switch between free scroll and click scrolling modes. The scroll wheel has left and right scroll options, where the actual build quality of the scroll wheel is textured and has a nice metallic feel to it when scrolling left or right. 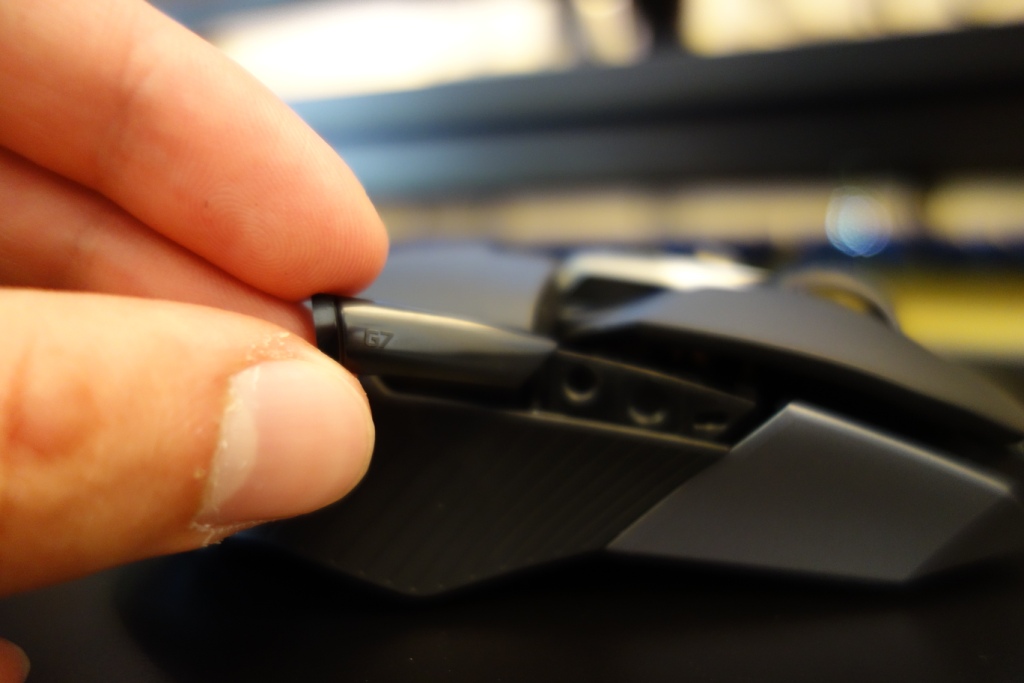 Under the mouse, you’ve got an on/off switch, so that you can save battery – although the mouse automatically hibernates when not used for a certain amount of time. A fantastic inclusion is the ability to quickly switch between profiles which are stored on the mouse, at the simple click of a button located under the mouse. This feature is something I’ve been asking for in mice ever since I had and used the Anker 8000DPI mouse. This means you can be in-game with your pre-assigned game buttons, quickly switch to your media profile, skip song (as you would have programmed media functions on your mouse) and then re-switch to your gaming profile. It’s such a simple thing to include, but is a fantastic inclusion for those who use the mouse for multiple different scenarios. 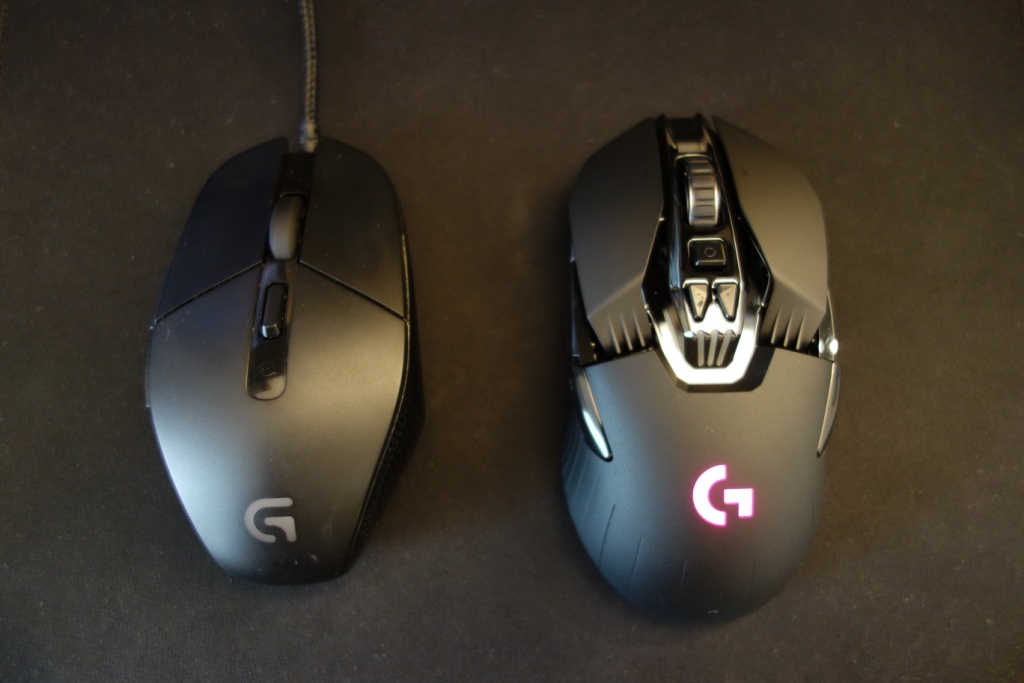 The G900’s ergonomics are symmetric, which is great given that it can be used by both left and right hand users, however this does mean it feels a little less ergonomically comfortable as the G502. Speaking of the G501, one of my complaints after prolonged gaming usage, was its weight. Even with all of its weights removed, the G502 weighed 121g, and the G303 87g. Some will consider the G502 too heavy for long gaming sessions and others will feel the G303 is too light. The G900 on the other hand hits the sweet spot at 107g, giving it the perfect weight for both gamers and media users!

Speaking of weights, the G900 unfortunately doesn’t have any weight customisation options, but given that it’s just the right weight (at least in my opinion), I don’t feel that it needs the weight adjustments.

The mouse has a G-logo that has an RGB LED allowing you to fully customise its colour. This also applies to the three DPI lights at the top too. I personally disabled the lights, as with the G303 and G502, I found the light uncomfortable for longer gaming sessions (as it heated my palm). 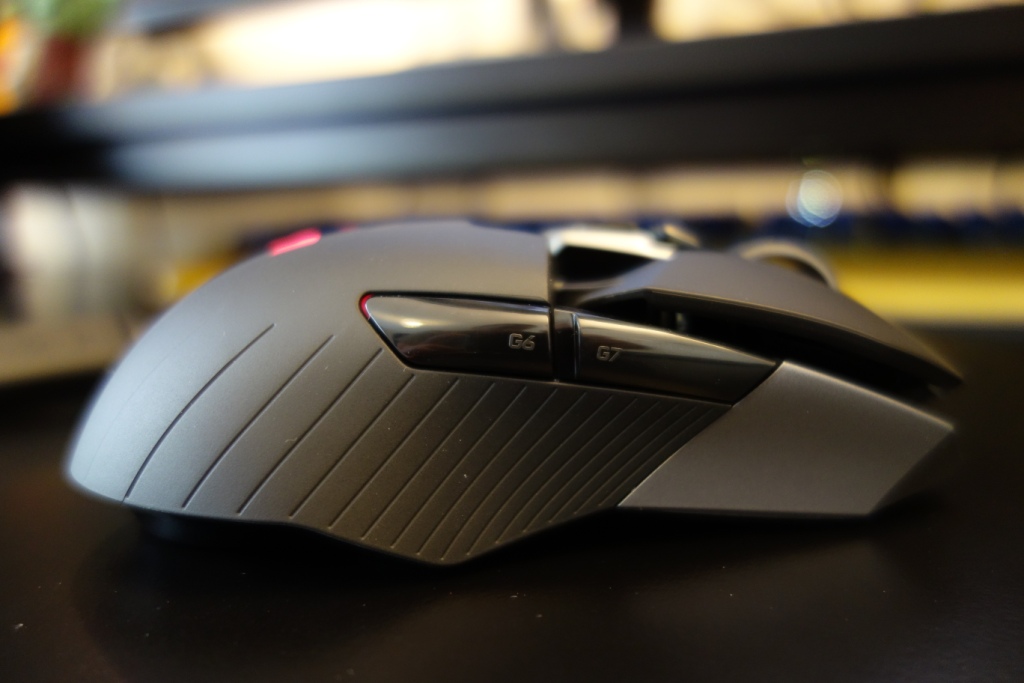 The mouse has a matte coating, meaning you don’t get fingerprint marks all over the mouse and its ergonomics are just about right for my medium sized man hands (17-19cm from tip of middle finger to bottom of palm).

Finally, the G900 shares the same “mechanical microswitches” and the “metal spring left/right button tensioning system” found on the G502 and G303. However, just like the G502, I found the G900 to suffer from the same “sticky fingers” spring back issue. Where, if you lift off the left and right buttons with sweaty fingers, you’ll hear a spring noise. This comes from the switches being elevated from the actual mechanism. 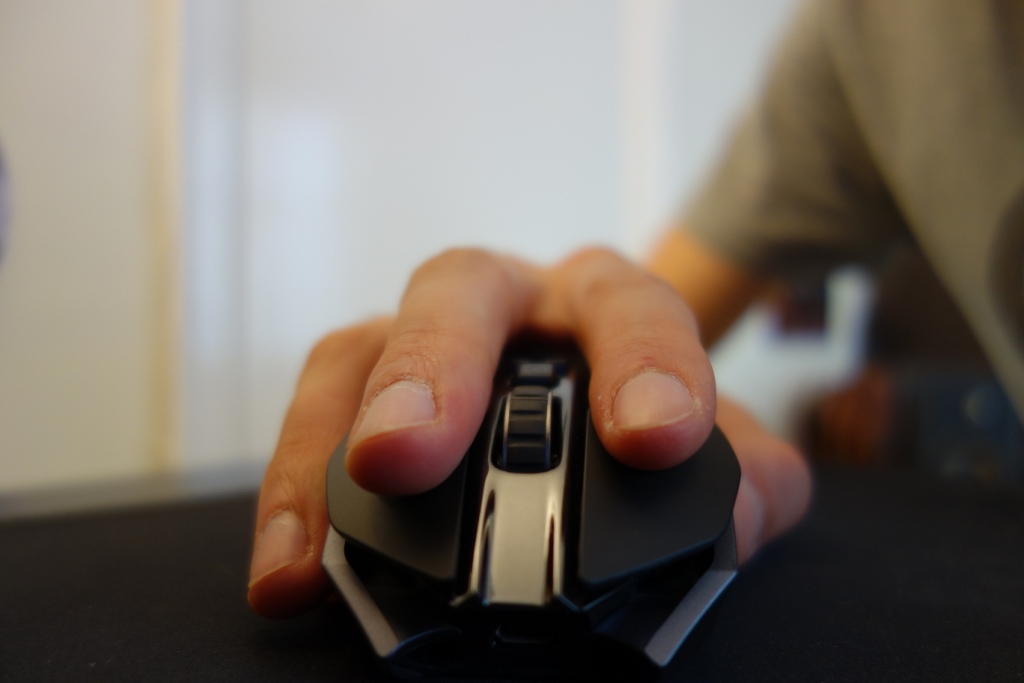 Overall, the G900’s build quality and design is fantastic and I feel it’s one of the best built mice on the market. From the dedicated profile button to the interchangeable buttons on the side – Logitech have really created the best built mouse on the market. The design of the mouse is also well thought through – arguably not the most comfortable mouse, but good nevertheless. 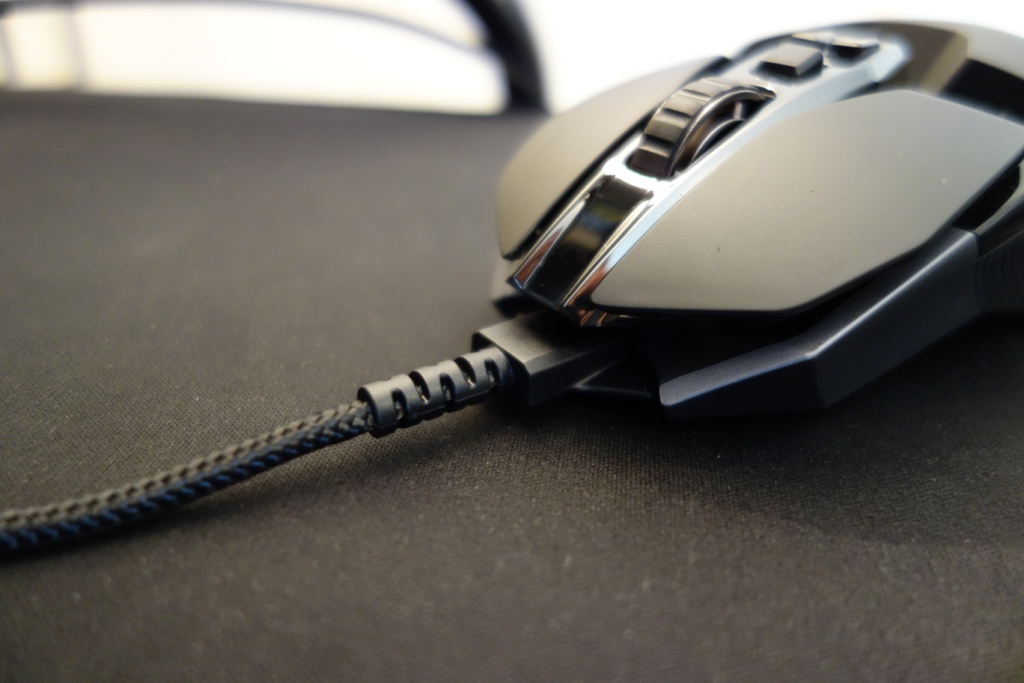 For me this was the most interesting part of the mouse – using the Pixart PMW 3366 on a daily basis, I was intrigued how Logitech managed to integrate one of the best sensors I deem on the market into a wireless mouse.

It’s safe to say when plugged in the G900 performs identically to the G502 and G300 – in order words flawlessly, without any tracking issues and can go up to a ridiculous 12,000 DPI. It also can run at 1000Hz polling rate (rated at 1ms), and has a 32-bit ARM microprocessor within it.

I didn’t experience any sensor problems, no jitter, perfect 1:1 sensor tracking and no acceleration issues. 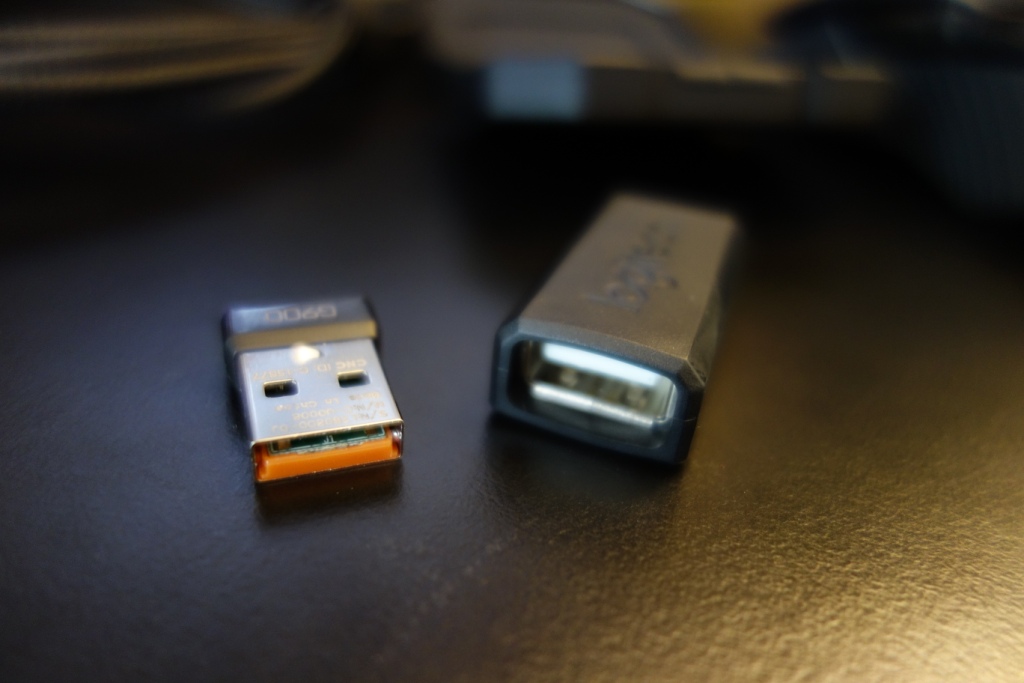 The big question is: How does the Logitech G900 perform in wireless mode?
I found the G900 to be easily the best wireless mouse I’ve ever used, not for its tracking abilities, but for its extremely low latency. For casual gaming and even semi-competitive gaming, the G900 provides excellent performance, where the latency difference between wired and wireless is very hard to notice.

However, if you’re a serious competitive gamer, like myself who plays CS:GO, you will notice a small latency difference between wired and wireless. No matter how good wireless mice and keyboard get, I don’t think they will ever replace a wired solution. Thus, when I was gaming, I plugged in my G900 in order to reduce that very small latency lag and still have the fantastic sensor working its magic. 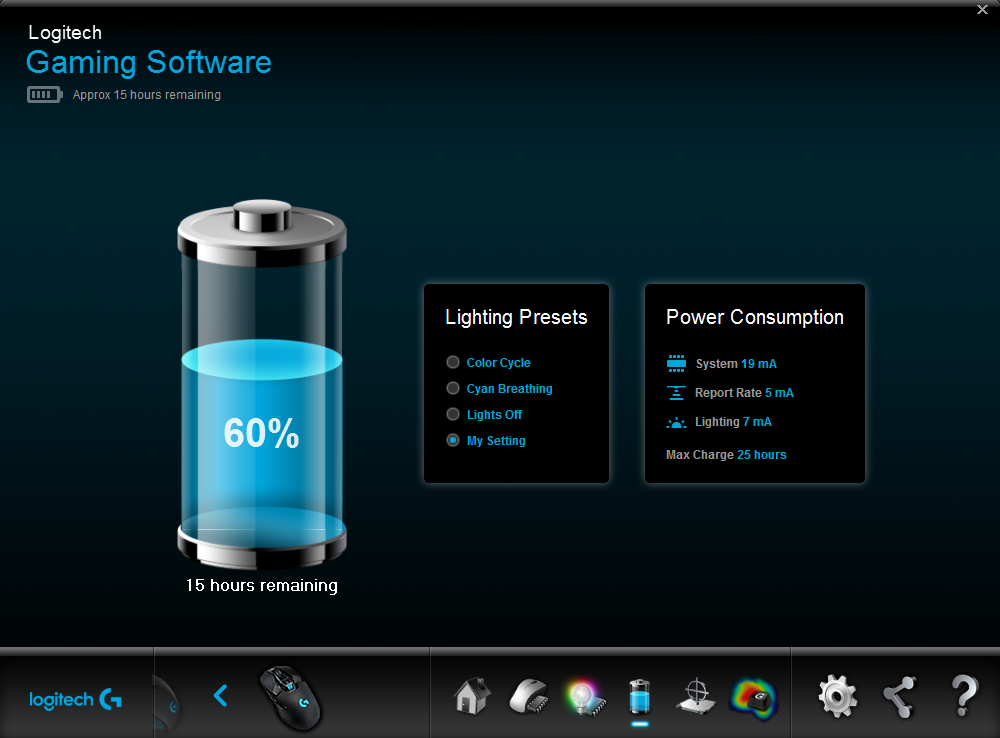 I should also mention its battery life is more than adequate for weeks of gaming without having to recharge. You’ll be able to see its battery level through the software, allowing you to easily know when to recharge the mouse. In my time of using it I didn’t have to recharge it – which is a testament to how long it lasted (weeks).

Overall, the G900 performs very well over a wireless transmission. It’s sensor is fantastic and combined with the ability to go wired to reduce its latency and input lag, the G900 is truly a fantastic performer.

The software that’s bundled with the G900 is the Logitech Gaming software, which works alongside other Logitech Gaming products, such as my Logitech G710+ mechanical keyboard, G303 and the G502. The software is excellent from top to bottom and does everything you would want it to – from changing the behaviour of the LEDs to assigning custom macros per button. What’s even better about the software is that it changes the settings of your mouse in real-time, without you having to hit save or anything, which is something really intuitive in comparison to its competitors’ software. I am running on Windows 10 64-bit too, and didn’t experience any sorts of problems when using the software with my operating system. 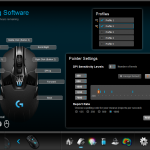 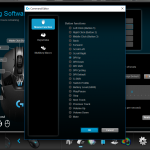 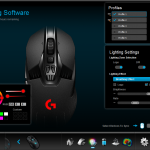 However, I would have liked the software to be better constructed per profile for the illuminations found on the mouse. It’s something that Logitech could have easily implemented, where profiles would be assigned separate lighting patterns, rather than the lighting pattern to be assigned to the whole mouse, no matter what profile you’re on.

As with my G303 and G502 reviews, I would have liked to have been able to right click on the taskbar icon found in Windows to switch profiles quickly – although with the G900, you’ve got that dedicated profile button on the mouse itself.

Finally, one thing that really stood out to me was the lack of cohesion between the on-board memory and the automatic game detection (AGD) mode. In the AGD mode, I could set a macro for CSGO via a keystroke, where I could assign how it would behave and repeat (as you’ll be able to see from the screenshot). However with the on-board memory, I am unable to get this option and on top of that I am presented with a lot less options. Again a simple software update would solve this.

Overall the software works well and represents the mouse well, but could have been a little more refined. 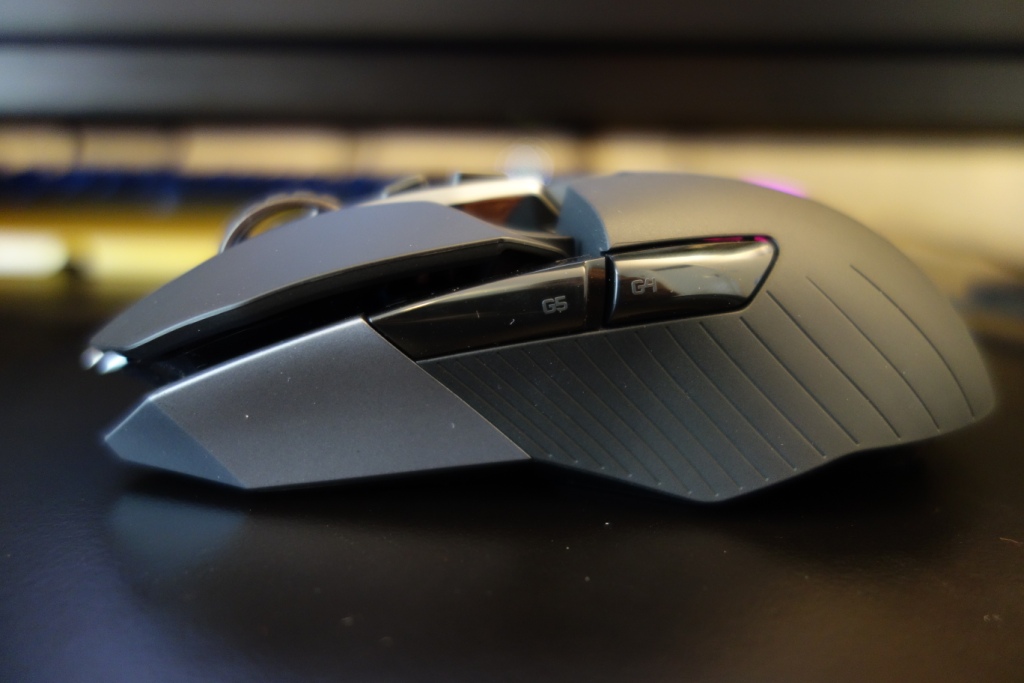 In conclusion, the G900 is simply the best wireless mouse on the market. It is an expensive mouse, even against its competitors, but if you want one of the best sensors in the market, a fully customisation mouse both through software and physical button layouts, the G900 excels in all departments.

Arguably, it’s still a wireless mouse, so for those who are competitive gamers, the G900’s wireless input lag will put you off it – but it’s certainly better than the other wireless mice out there, meaning casual gaming is something you can do without worrying too much about the higher latency.

If you’re looking for a wireless mouse and want the best gaming experience, then the Logitech G900 should be your go-to choice.