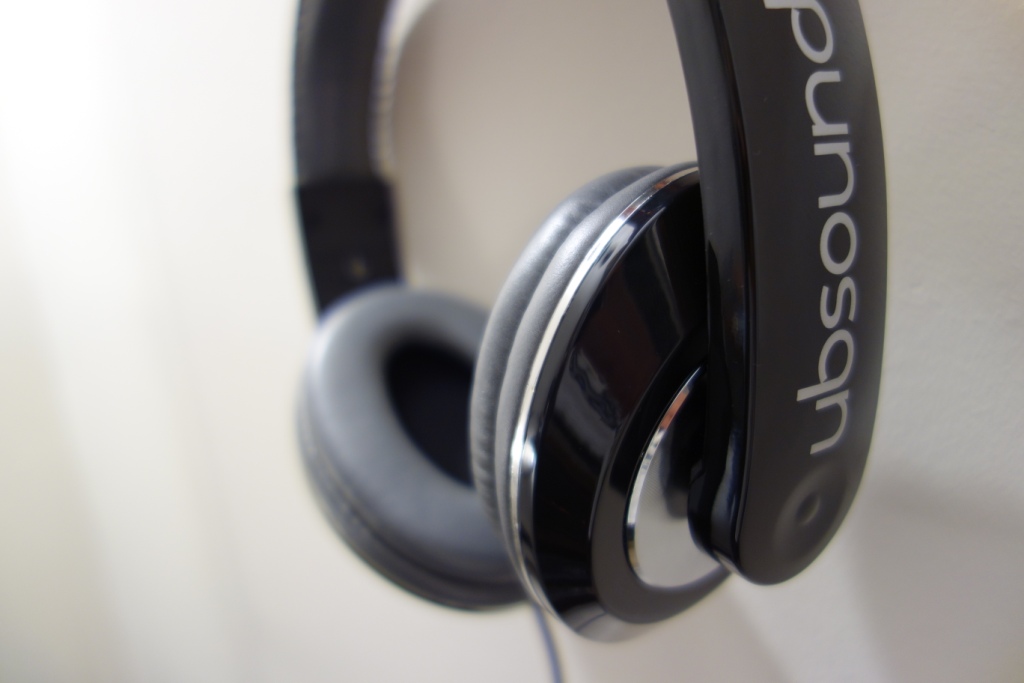 First of all I would like to thank Clara from UBSOUND for sending me the Dreamer headphones for review.

Here’s my video review on the headphones:

Let’s get to this written review!

The packaging of the Dreamer is decent, although looks like something that was printed. Inside the package you’ll find the headphones, alongside a carrying pouch, a manual and a UBSOUND sticker. I also received a pen with the UBSOUND branding, but I’m not sure if that’s always included – and wasn’t inside the headphones’ package. 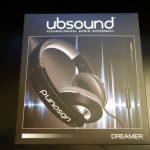 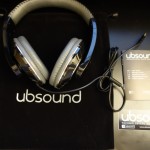 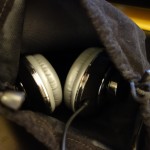 Overall I was satisfied with what was included, it would have been just that slight bit better if it had a 1/4″ jack too, for those wanting to plug it into their receiver.

The build quality of the headphones is a little disappointing, considering I was impressed with the looks and design in the UBSOUND Fighter earphone. As soon as I picked the Dreamer out the box it felt like I had just picked up a cheap Chinese-OEM headphone, not the “Made in Italy” type headphone that I was expecting from UBSOUND. 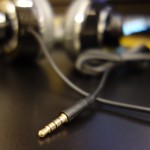 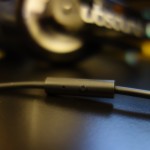 Looking more closely at the build quality, the headphones are terminated by a straight 3.5mm jack – the strain relief on the jack itself isn’t great, as if someone were to pull from the wire, over time the jack would become loose. Moving up the cable you’ll find an in-line mic, which has a one-button remote. It works on all major smartphones, in my case on Android, it performed play/pause, answer/drop call, skip/previous music (by double and triple clicking). The cable goes into the headphones on the left-hand side. 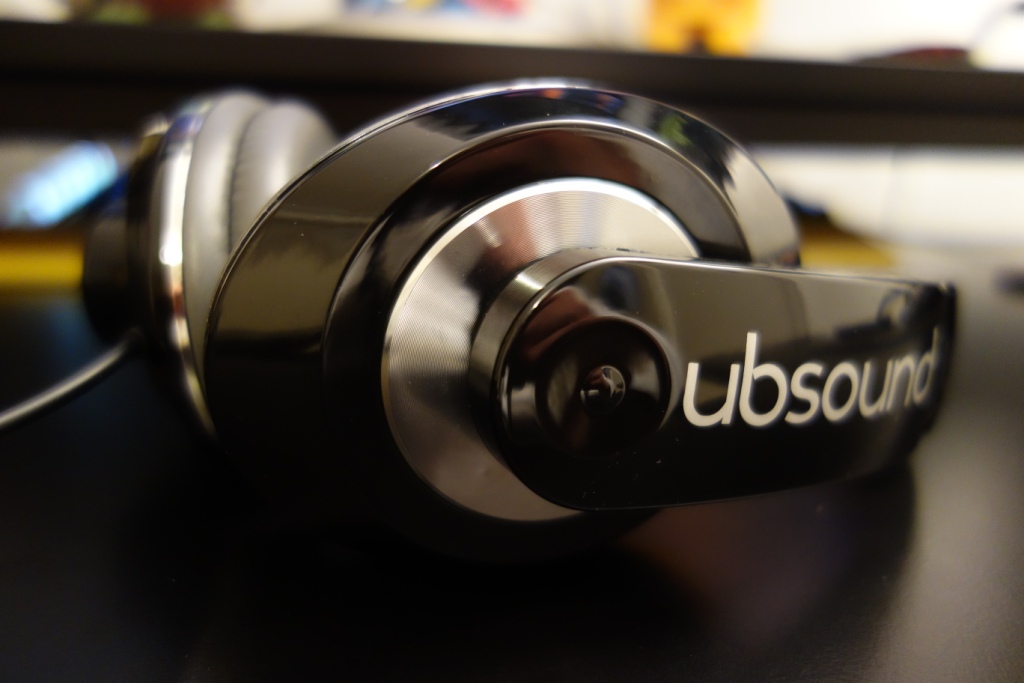 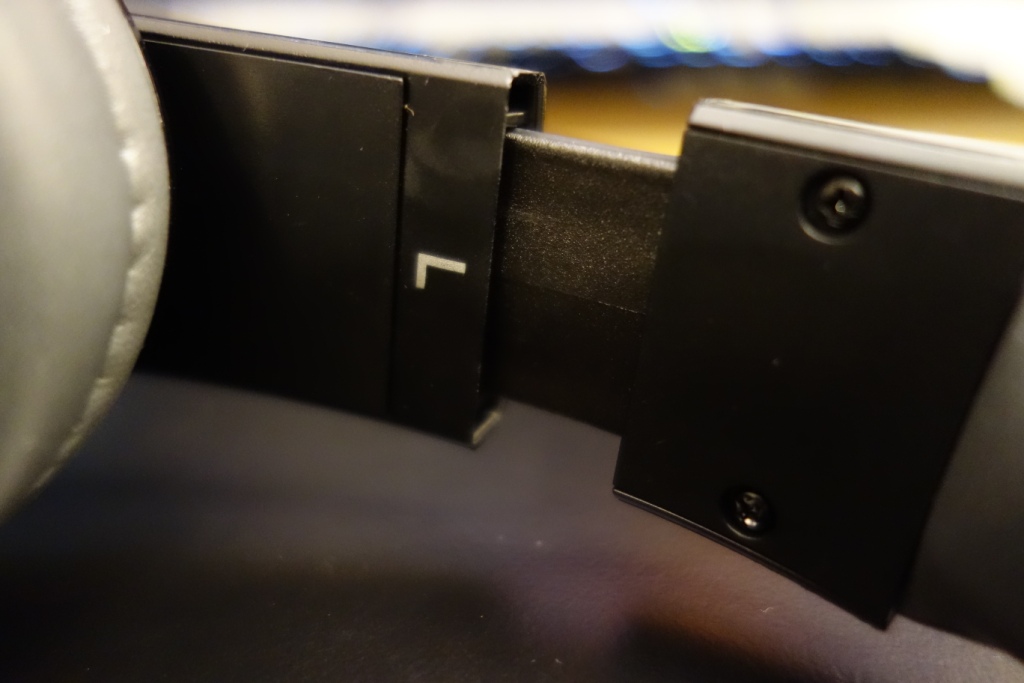 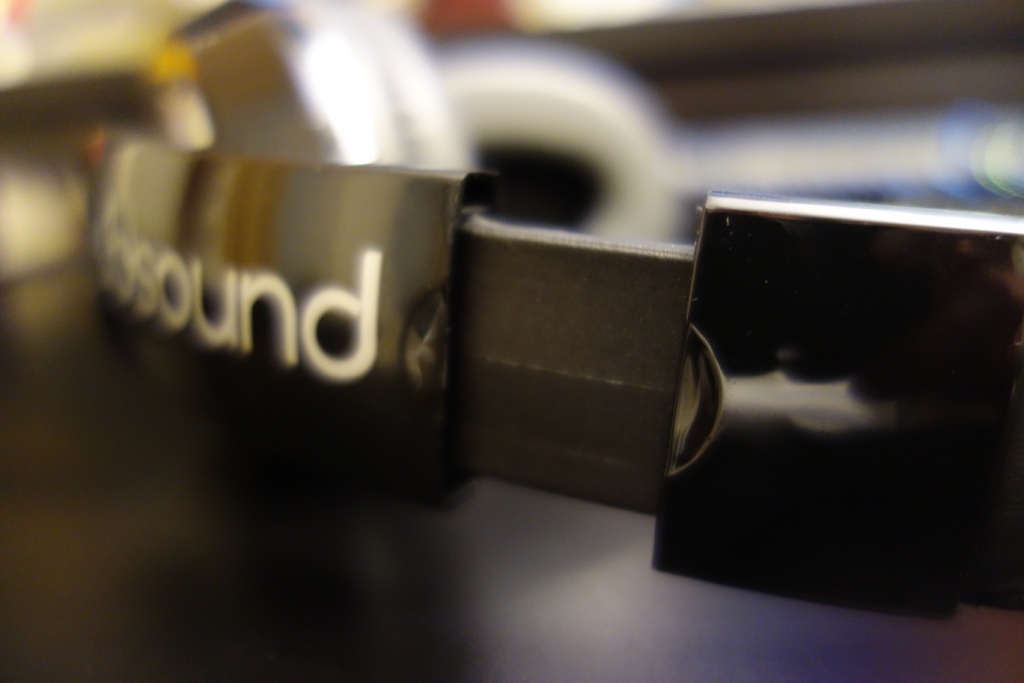 Overall the build quality was disappointing, there wasn’t much to really say about it in a positive way as it really did feel like a cheap set of headphones made from China, rather than something from Italy. Especially at its given price tag of £80 you would expect a lot more – and I’ve come across headphones priced at £40 that have far greater choice of materials and therefore a better build quality. On a separate note I would have liked to see the headphones fold and be more portable – instead they were headphones that can’t be really considered portable, unless you have them around your neck the whole day.

Looks:
The design and looks of the headphones, for me is just like the build quality – not what I was expecting. The looks are very much like the build quality of the headphones, where it looks cheap. I can see the looks being appealing to a young-ish crowd but it’s glossy plastic look isn’t really appealing to me or does it really look good when being worn. I felt the looks could be drastically improved with a less glossy finish and nicer looking pads. 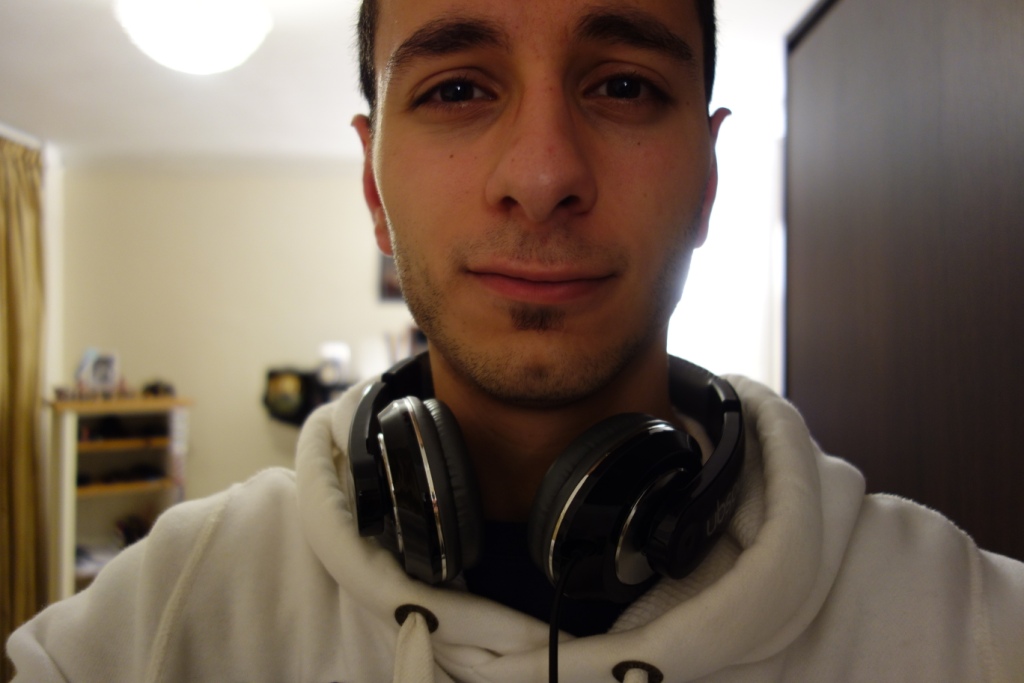 Isolation:
In terms of isolation, the headphones do a surprisingly good job considering they really sit on-ear. In comparison to most on-ear headphones they actually faired very well. 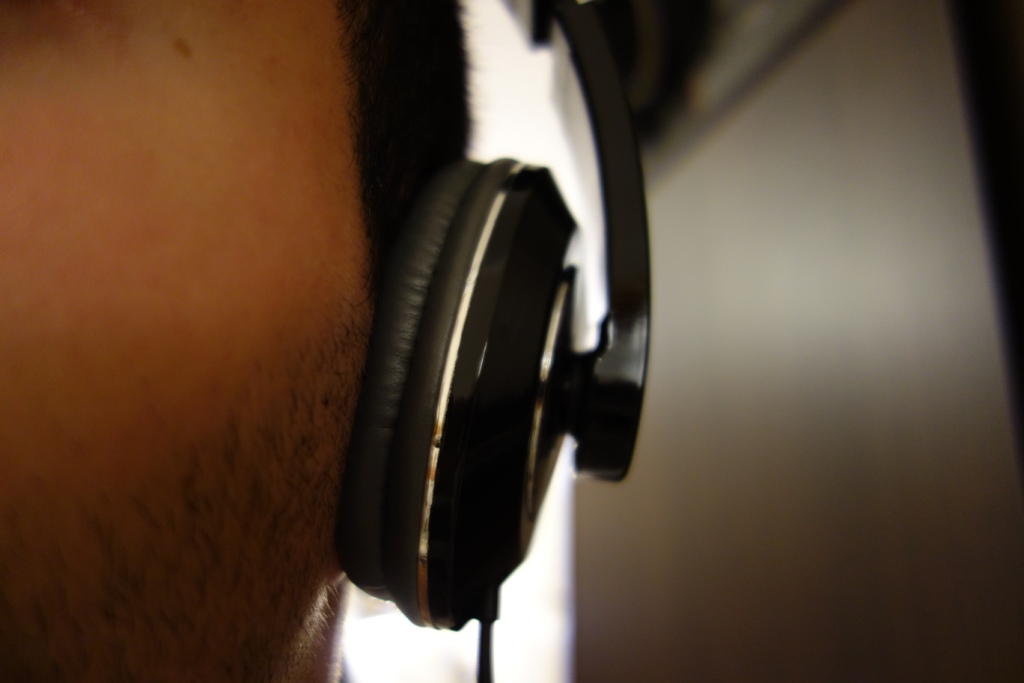 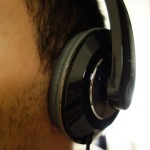 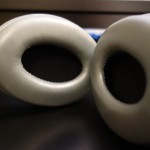 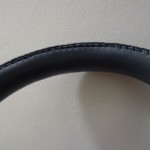 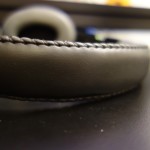 Now considering all the above, I was hoping the sound quality would at least salvage something back for the UBSOUND Dreamer, unfortunately that wasn’t the case. The headphones were V-shaped to say the least, what I like is that at least UBSOUND aren’t lying to themselves unlike a lot of manufacturers out there by saying it is a “flat” or “neutral” sounding headphone. Instead UBSOUND are up-front and even say at the reverse of the packaging that it’s a V-shaped warm sounding headphone. To me the graph representation at the back pretty much depicts what I heard. The lows are overshadowing the mids and they sound recessed, ultimately sounding “warm”. 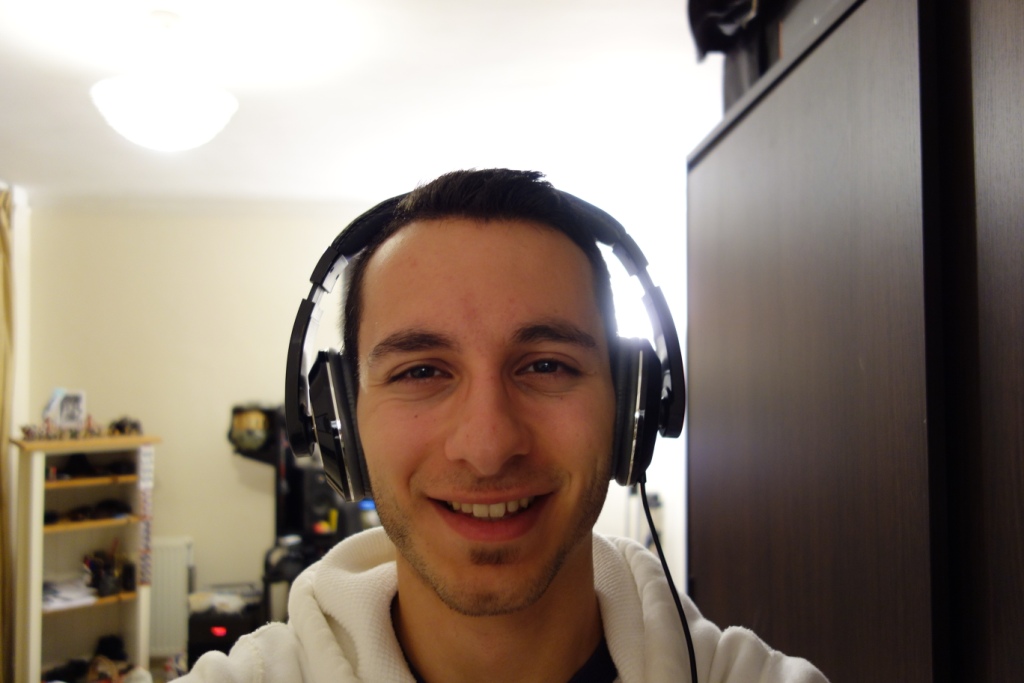 Lows:
Whilst listening to the lows, I felt the mid-bass was what really was the Dreamer’s strength. The sub-bass was not really well extended and was barely even present at times. The mid-bass had a nice slam to it, but did lack that bit of control that I would have liked to hear.

Mids/highs:
As mentioned above these headphones were overshadowed by the lows and because of this the mids took a heavy hit. I felt they were recessed and really pushed back. There was also no help from the soundstage of the headphones, meaning due to a rather narrow sound, the mids had even less room to really come through.
The highs were also not that impressive, as they were rolled off and lacked that little extra sparkle you would have expected from a V-shaped headphone. Just that slight lack of extension really didn’t help the high-end frequency of the headphones.

Soundstage:
As briefly mentioned above, the soundstage was a little closed and narrow, which really didn’t help the overall presentation of the headphone. Despite the headphones having a decent separation it’s just a shame that it’s let down by its claustrophobic sound. 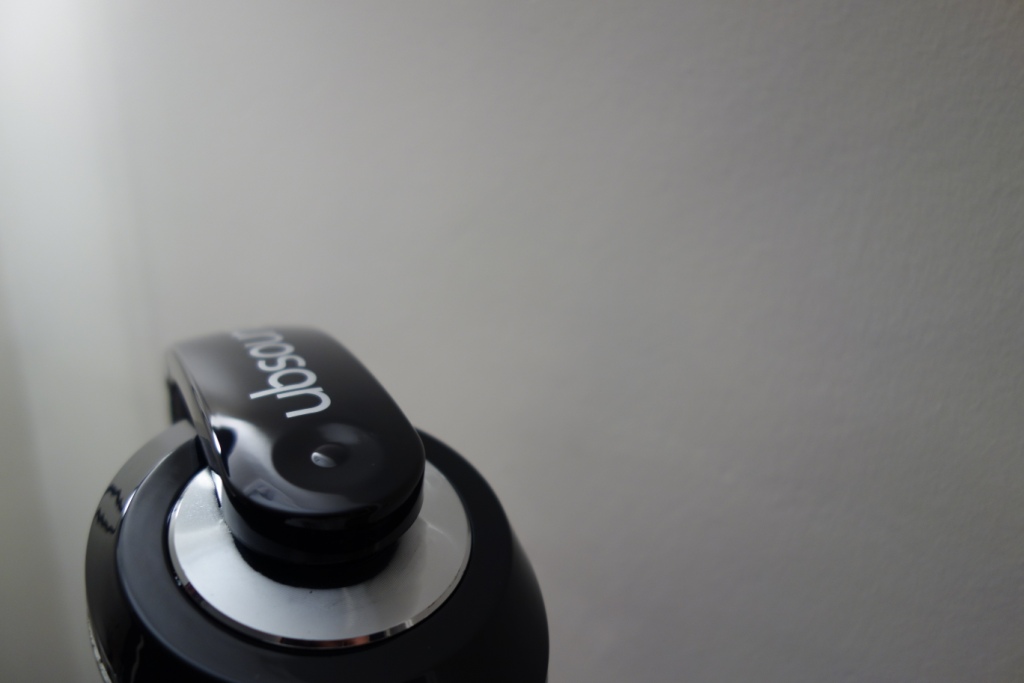 Overall I was disappointed with the overall package offered by UBSOUND with their Dreamer headphones. It didn’t live up to the beautiful design and craftsmanship I was expecting from Italy and its sound was also quite poor – there was not much that really got me excited.
It’s a shame as it could have been a decent headphone, but it would have had to be redesigned from the ground up. At the price tag of £80 I can’t see myself ever recommending it, as there’s a lot of headphones at a cheaper price tag that not only look better but also sound better too.