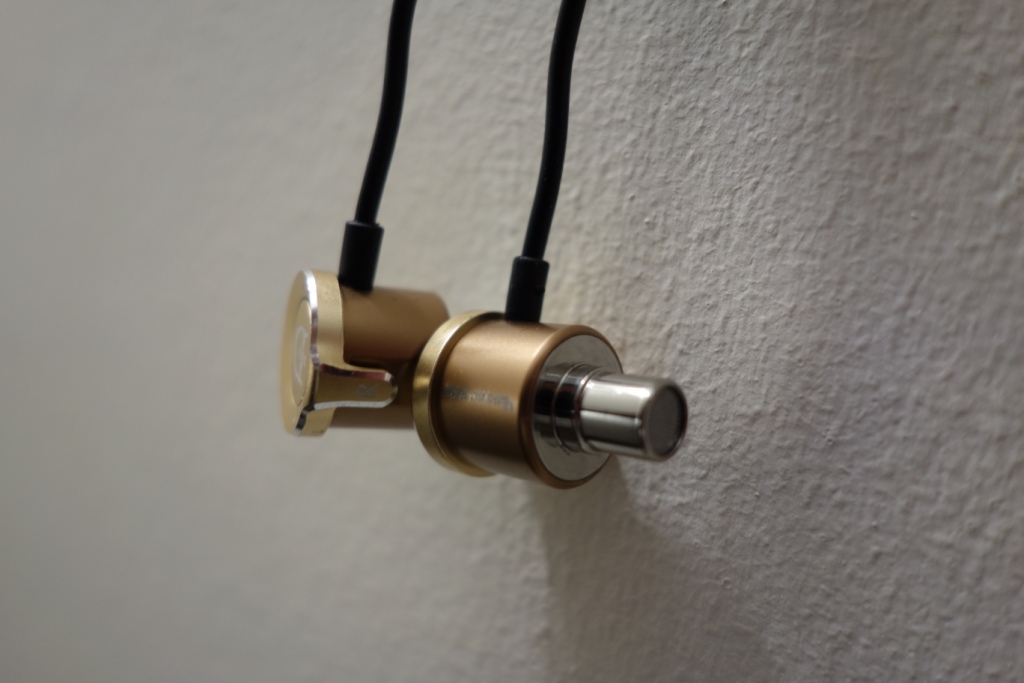 First of all I would like to thank DUNU for sending me the DN-2000 for review. After having reviewed the DUNU Titan 1 and being mind-blown by the value for money they offered I was very much interested to see how the DN-2000 compared. I saw them being compared tot he likes of the AKG K3003’s and I was even more interested to see how they would compare with my personal favourite universal earphones, the Phonak Audeo PFE232.
The DN-2000 can be bought on AmazonUK for £250 and on AmazonUSA for $265. Yet again the UK/EU get horrible price conversions – the difference between UK and USA is near £100 – which is massively different.
As I live in the UK, these will be reviewed at £250.

The specifications of the earphones can be found on DUNU’s website.

To complement the written review, here’s a video review of the earphones:

The packaging of the Titan 1 was reasonably impressive, especially for its price, but with a higher price tag, DUNU went all-out with the DN-2000. From the outer packaging, DUNU have really spent time on the presentation, where it looks like a very appealing offering to new buyers.
Within the package there’s so much that DUNU have included that it’s hard to think of things they’ve actually excluded. This is easily one of the best set of accessories I’ve ever had in an earphones’ package – it sits up there with the old Monster Pro line (MTPG), the Vsonic GR07 MK2 and the PFE 232s. 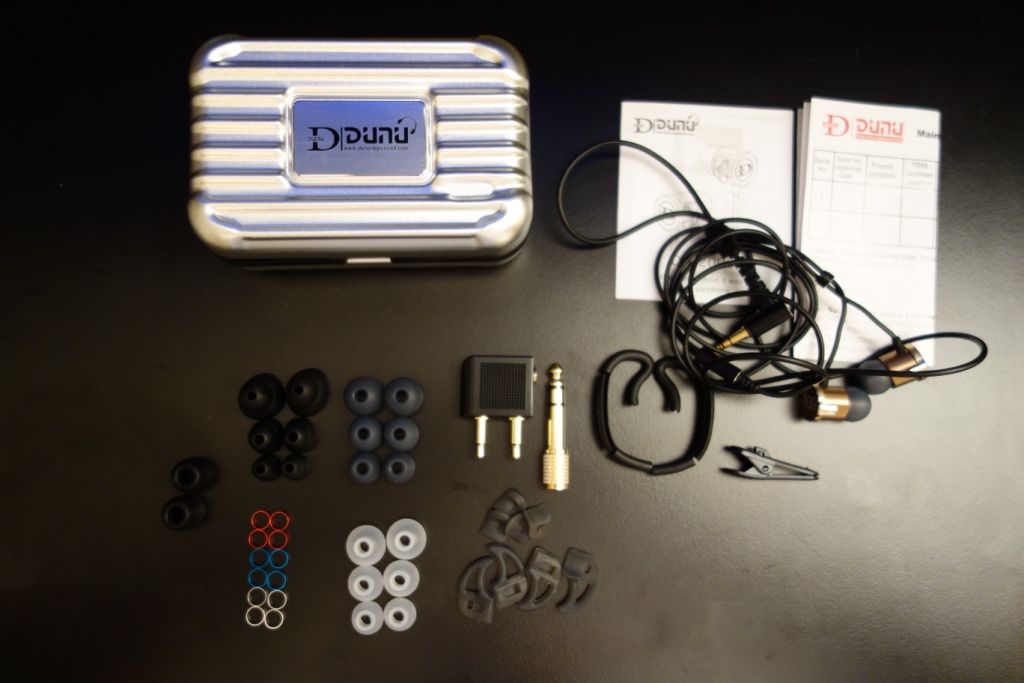 Within the DN-2000s package there’s the following: 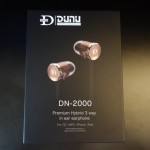 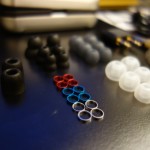 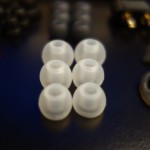 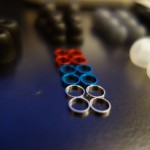 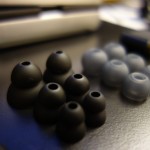 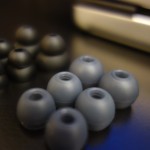 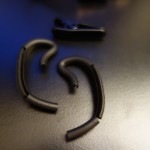 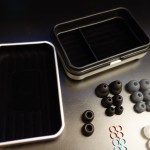 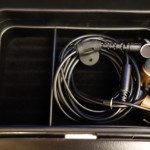 Overall the packaging and accessories are sensational – DUNU have really thought about everything here and it’s nice to see the attention to detail.
The only thing I felt was missing was a soft carrying pouch, would have really been the icing on the case. Regardless, this is a near flawless inclusion by DUNU and I can’t fault them.

The build quality of the earphones is very good – in fact it’s almost perfect.
Starting off with the termination, it’s terminated by a gold-plated right-angled 3.5mm jack.
Moving up the wire, the cable spits into two, for the left and right channel, where there’s a small cable management piece.
The important thing to note here, is that there’s no in-line mic, which is a shame and is something I would have liked to see at the given price range. 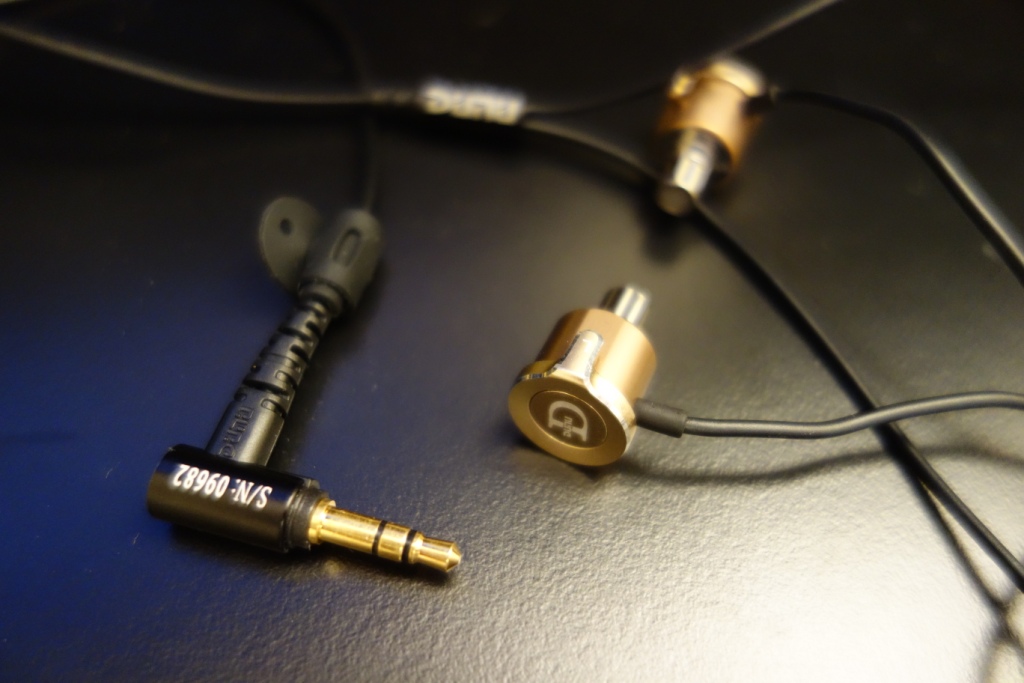 Speaking of which, the cable is not removable – this is also another feature I would have liked to see at the given price range. Granted a lot of earphones in its price category don’t have a removable cable, but it would have still been nice to see. Thinking back though, the Sennheiser IE800 a set of near £600 earphones didn’t have removable cable – but that’s just Sennheiser for you!
Now the thing that slightly concerns me here, is that the strain relief by the housing of the earphones is quite small, and in-turn the earphones are actually quite heavy – this makes the handling of the earphones quite delicate. With heavy usage I wouldn’t be surprised of the cable by the earphones to come loose. 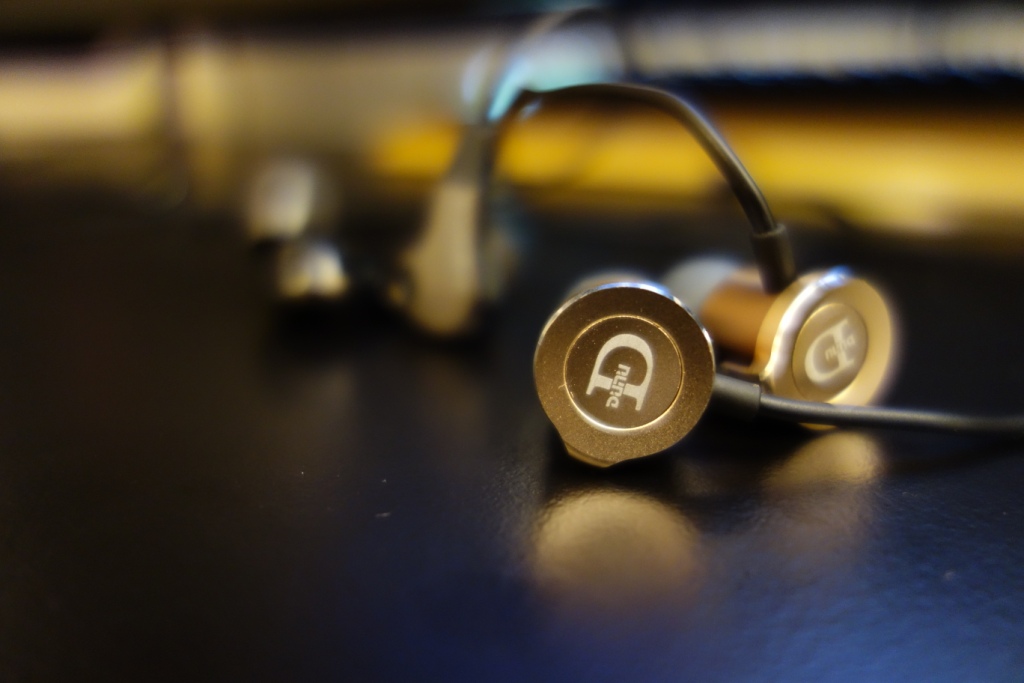 Continuing on with the build quality, the earphones have an interesting design, where the in-ear stabilisers, which help with ear-strain, fit. Therefore, there’s a small little metal piece that sticks out of the earphones, which is designed to accommodate these silicone stabilisers. Now the design seemed quite clever to me at first, until I removed them (as I like to wear them over-the-ear) and used them without any silicone stabilisers. This caused quite a lot of discomfort, where the metal part was rubbing in the outer-part of my ears. 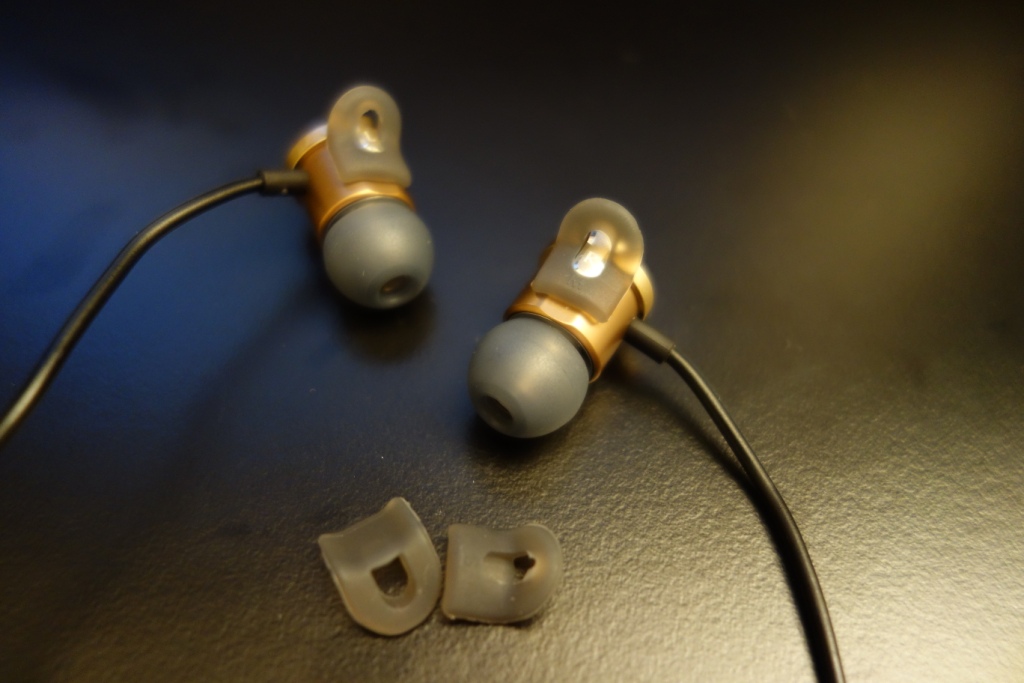 In a nutshell, the earphones are built with the ear stabilisers in mind, but without them, you’re left with an uncomfortable feeling.
I should also mention, that the earphones have a left and right indicator on where the stabilisers sit. 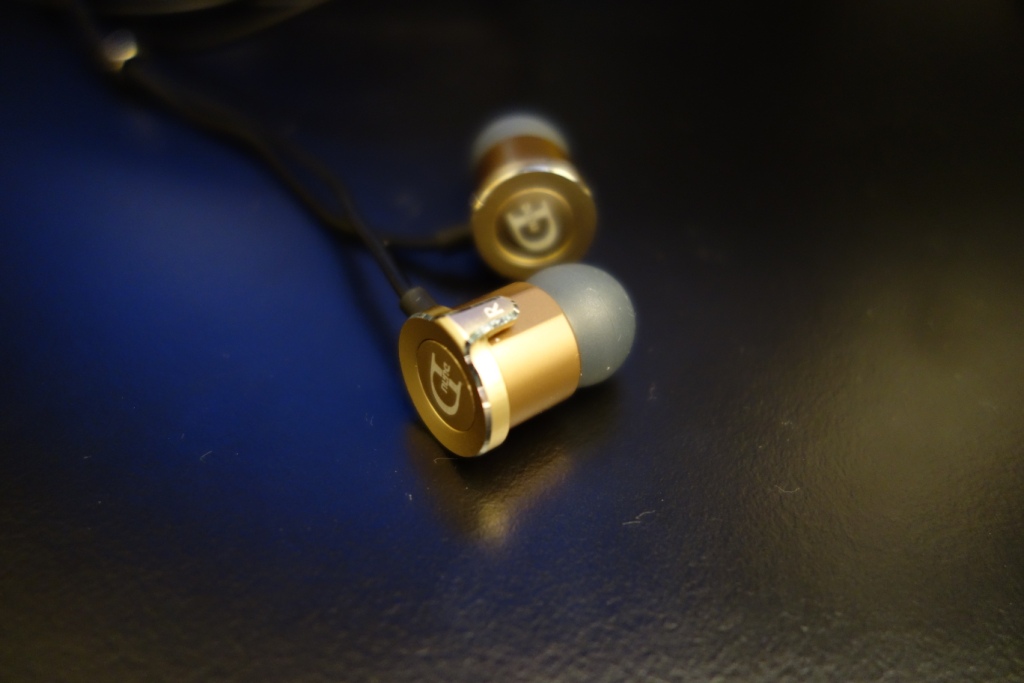 Finally to conclude the build quality section, I would like to mention the pretty cool inclusion of the canal adjusters – these are different sized spacers, where white is 1.2mm, blue is 1.5mm and red is 2mm thick. I find these extremely interesting, as they provide that little extra bit of adjustment needed for different sized canals. 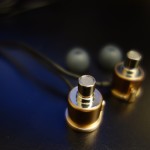 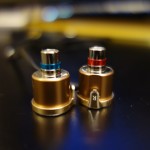 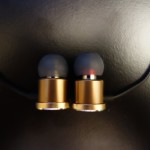 DUNU also have shown a frequency graph on the packaging that shows the sound differences the spacers make. I could hear a slight difference myself when testing, however I feel that’s more to do with the correct and incorrect size for my ears, rather than these spacers actually changing the sound. Either way, I actually utilised one of the spacers and opted for the 1.2mm white spacer. 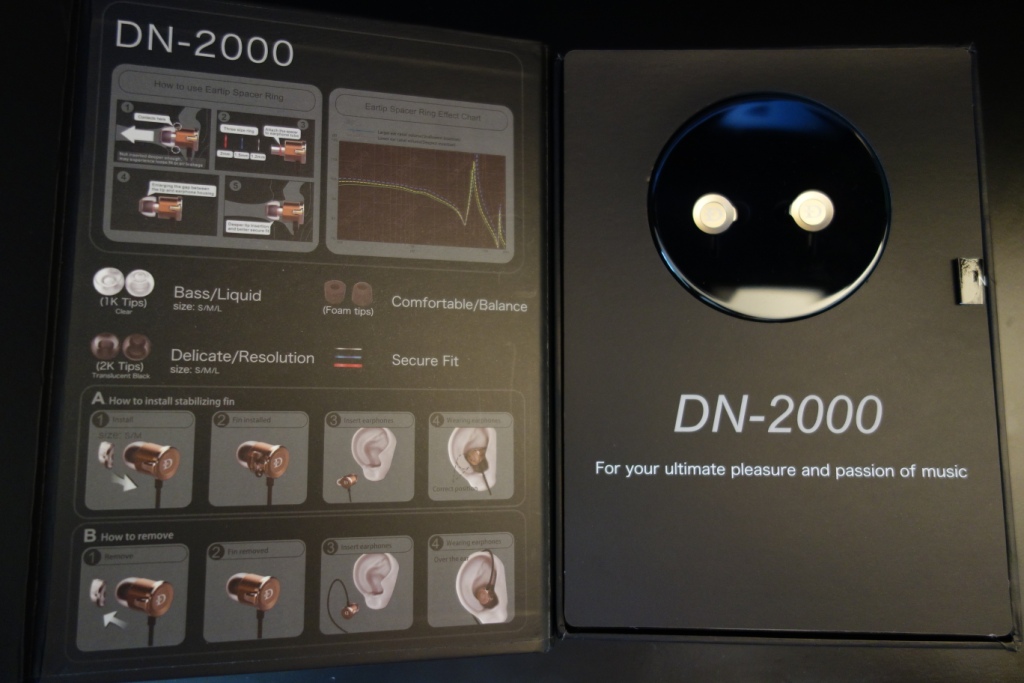 Overall, the build quality is near perfect – I feel a removable cable and the inclusion of a in-line mic would have made the perfect score for me.

Looks:
The looks of the earphones are absolutely beautiful – they somewhat remind me of the Monster Turbine Pro Gold, but less flashy and more professional looking. The design, especially with the DUNU symbol at the back of the earphones, make these look really nice and just to top it off, I love the finish of the earphones, which is an aluminium look.
The only complaint I can think of is that they cannot be bought in another colour apart from gold, which might not appeal to everyone. 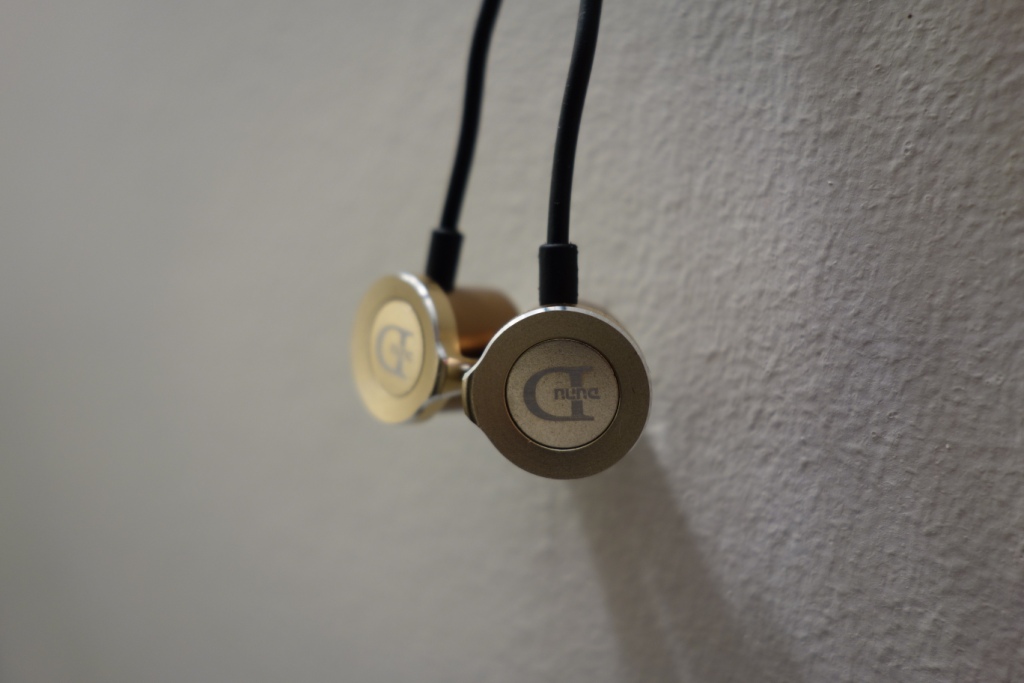 Isolation:
The isolation of the earphones was very good – this mainly came from the earphones having a quite large housing, and therefore passively locking out quite a bit of sound. It therefore punched above its weight in terms of isolation. 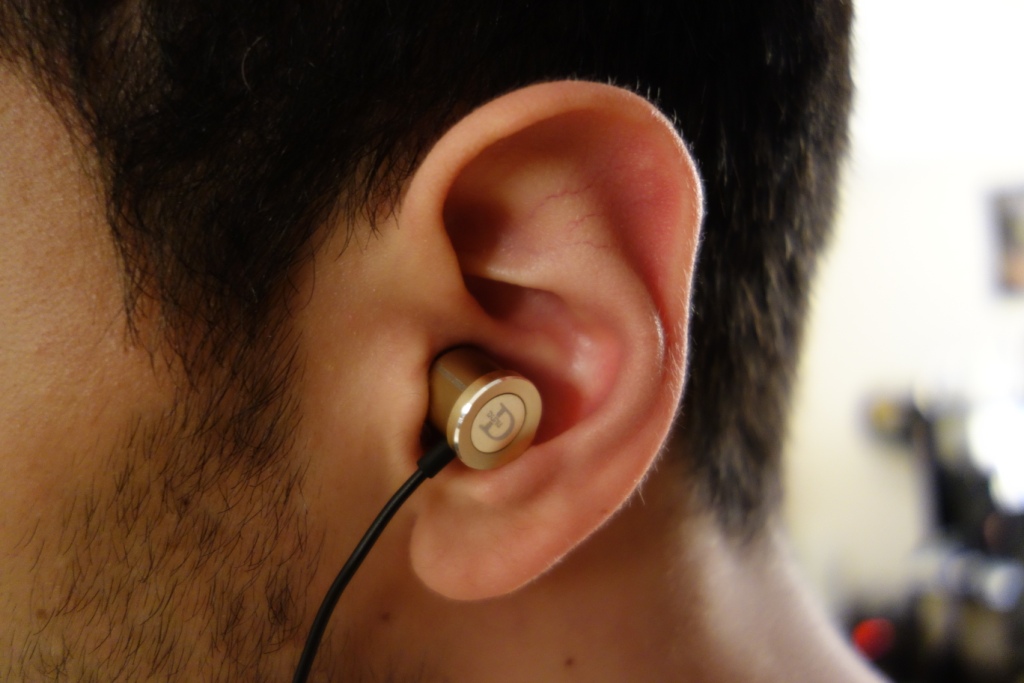 Comfort:
As stated in the build quality section, the comfort can be hit and miss and personally, without using the stabilisers I didn’t find these comfortable. Ignoring the stabilisers, the earphones are quite heavy and therefore can put a little bit of strain on your ears with longer periods of listening. 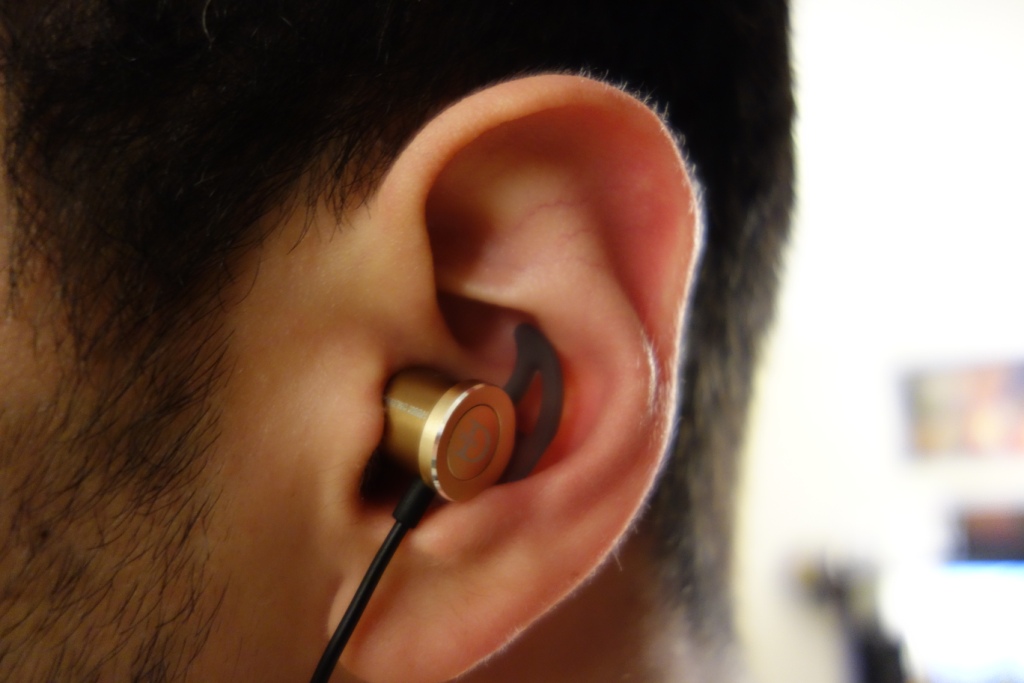 With that said, they’re greatly aided by their design, in that they can be worn over-the-ear and furthermore it’s nice to see that DUNU have thought about the weight of the earphones by providing over-the-ear hooks/guides and stabilisers. I therefore can’t fault them all that much, just be wary of running with these earphones on. 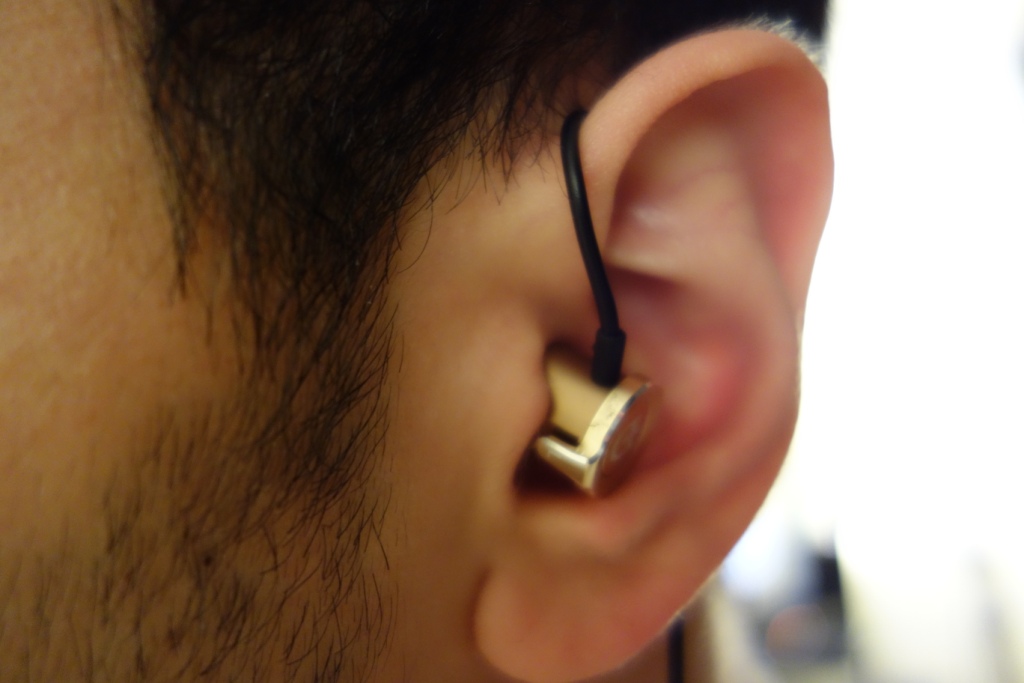 The sound quality was something I was greatly looking forward to – after having a great impression with the Titan 1 and reading a little about the DN-2000s prior to receiving them I was excited.
I can now say that they didn’t disappoint, in fact they, like the Titan 1’s really impressed me for the value for money. However it should be said that the earphones are a little sibilant and also quite sensitive to certain sources – meaning pairing this and/or EQ’ing the earphones’ highs is something I would advice for people buying these. 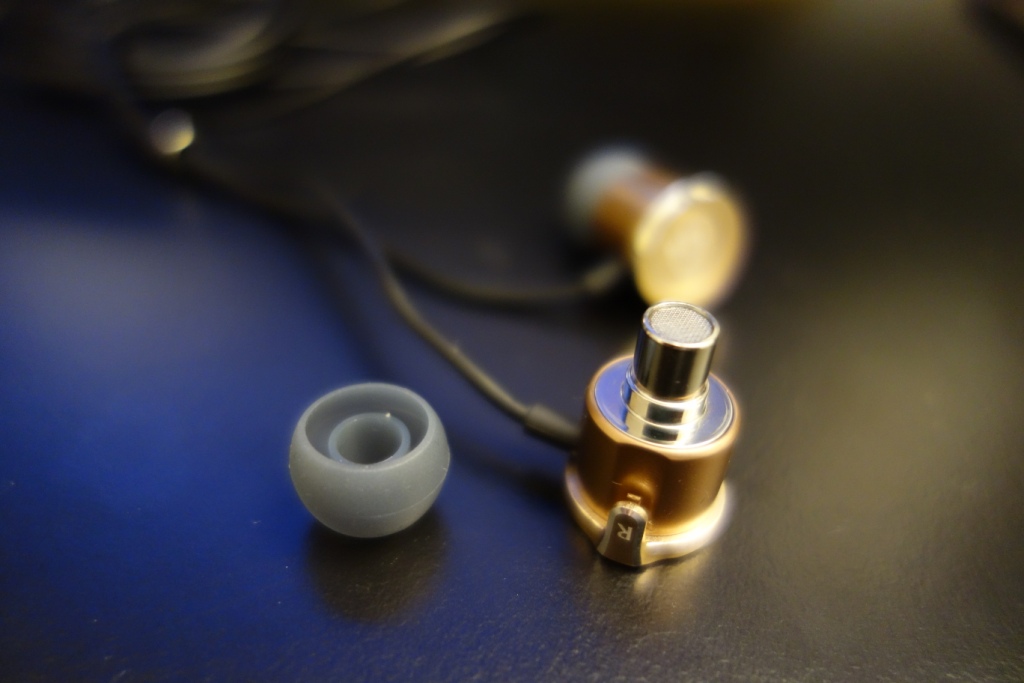 When I compared these to the Titan 1s it could be heard where the 2 BA drivers were working their magic – in the mids and highs. They sounded fantastic and really delivered excellent sound, making the Titan 1s sound very V-shaped, when in reality they’re slightly recessed to my ears.

However, I saw these compared to the likes of the AKG K3003s, which are earphones I’ve only demo’ed for a short period of time and not owned nor reviewed. I therefore can’t make a decisive comment on that, however it should be said that I did A/B the K3003 with my PFE232s and I saw how and where the K3003s were that little bit better (in the mids and highs) – with that said the K3003s are over £700 in the UK and over $1000 in the US, a mind-blowing price-tag to pay for universal earphones. 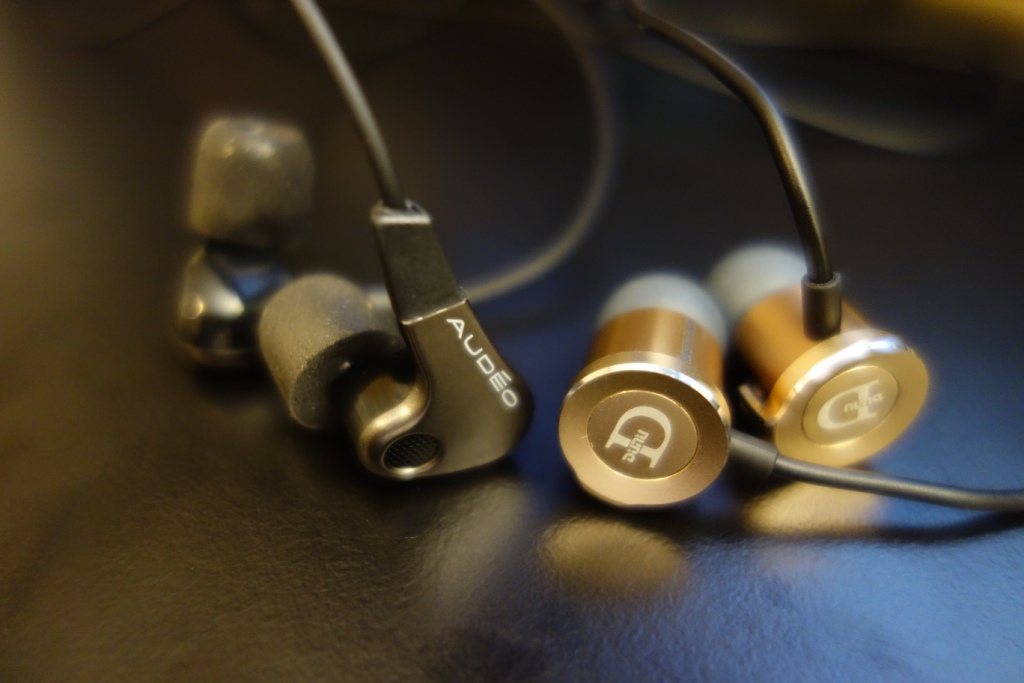 Now back to the DN-2000s it was interesting putting it against my Phonak Audeo PFE232s – I could hear the lush mids of the DN-2000s come out, however the highs, soundstage and the lows, notably the sub-bass on the PFE232s were noticeably better (this might not seem a parent in my ratings), however it was hard knocking down the DN-2000s in comparison to other earphones out there.
I shall break down the differences between the PFE232s and the DN-2000s below, in their respective sections. 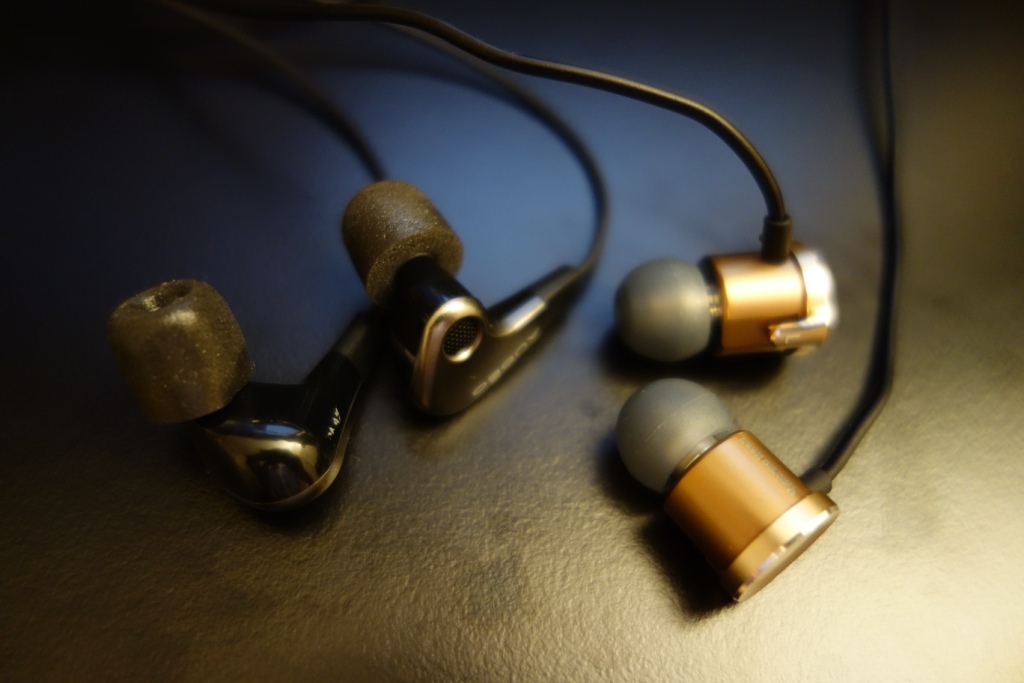 Lows:
The lows of the DN-2000s can be best described as controlled, and cut-off in the sub-bass region. The mid-bass has just enough slam there for me to enjoy the DN-2000s on bass-heavy tracks, however the sub-bass, despite being there, just didn’t extend all that much. I felt that in comparison to my PFE232s that the DN-2000s just had a cut-off, where they wouldn’t provide that sub-sonic low-end rumble that all bassheads would crave. It therefore did stick out to me when doing my listening, where I felt the DN-2000s just lacked that little bit of finesse.
Regardless of the PFE232s, the DN-2000s were extremly capable, and when amped with the Digizoid ZO2, they produced excellent low-end tones, which were mainly mid-bass slams, but regardless could be bassy earphones if your heart would like them to be. 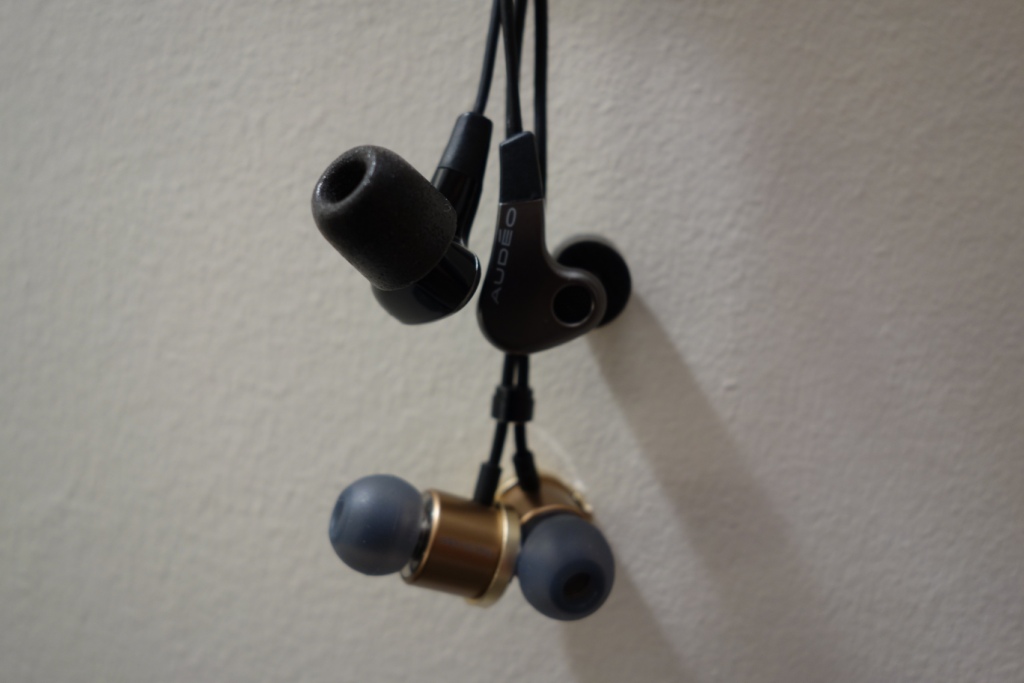 Mids/highs:
The mids, ah the mids, the beautiful DN-2000 mids, they were sensational – and easily were on-par if not identical to the mids of the Sennheiser IE800s. They had a great sound and a very lush sounding mid-range, which is excellent for all types of music. I can’t really say much apart fro saying at the given price range, you won’t find a single better earphones (at least that I’ve tried or reviewed) that can even come close to the mid-range of the DN-2000s – this is definitely their strongest point. 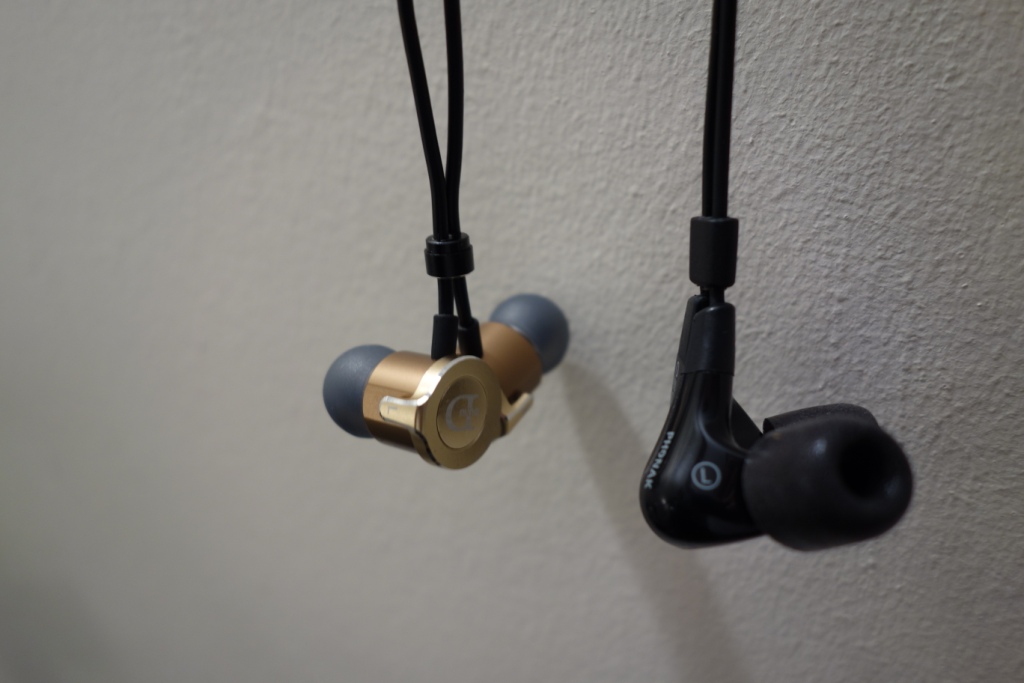 The highs, despite being impressive, were all too sibilant for my liking. They didn’t have the smoothness and control over the other high-end flagships. Unfortunately, the sibilance and its sensitivity really dampened my experience with the DN-2000s – I’m not sure what the reasoning is, but my presumption would be the 2 BA (balanced armature) drivers overcompensating for the single DD (dynamic driver) within the housing.
A bit of EQ here, would and do the DN-2000s wonders, where the highs are slightly toned down. You can also try compesating the sibilance with a resistor adapter, something I used to tone down the Denon AH-C710s back in the day. 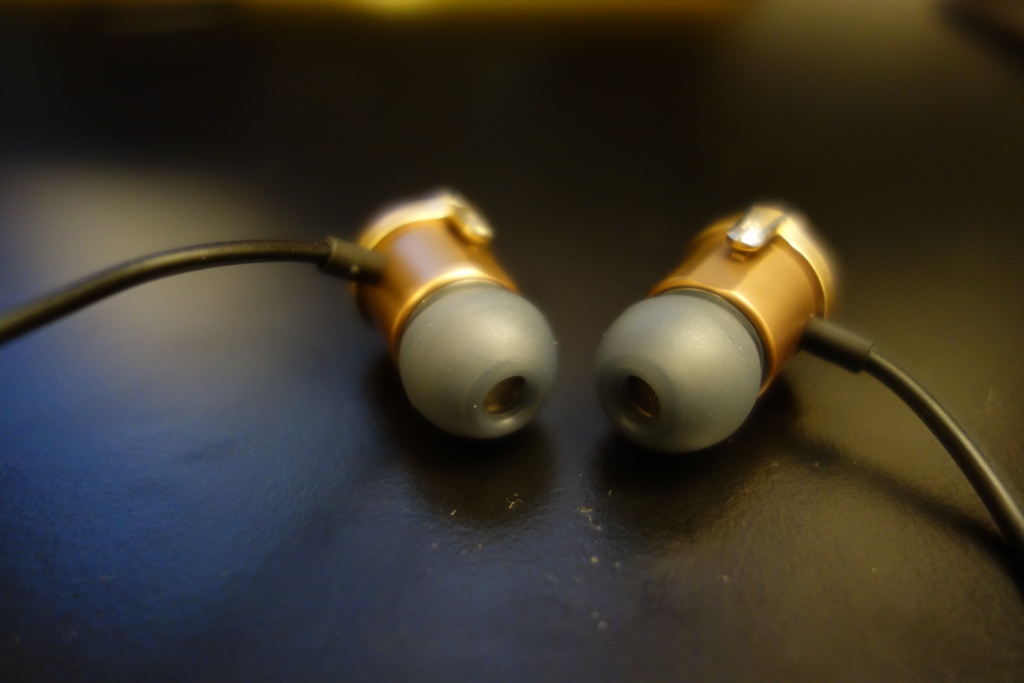 Soundstage:
Finally the soundstage – I would have liked to see a little improvements over the Titan 1, unfortunately this wasn’t to be heard, the soundstage was relatively similar, where it was very impressive, but just lacked that little extra depth and width found in other earphones, like the PFE232s or Sennheiser IE8s.
Either way the DN-2000s did an amazing job – if they had to impressive here, it would be to have a slightly less congested sound and a little more width/depth to them. 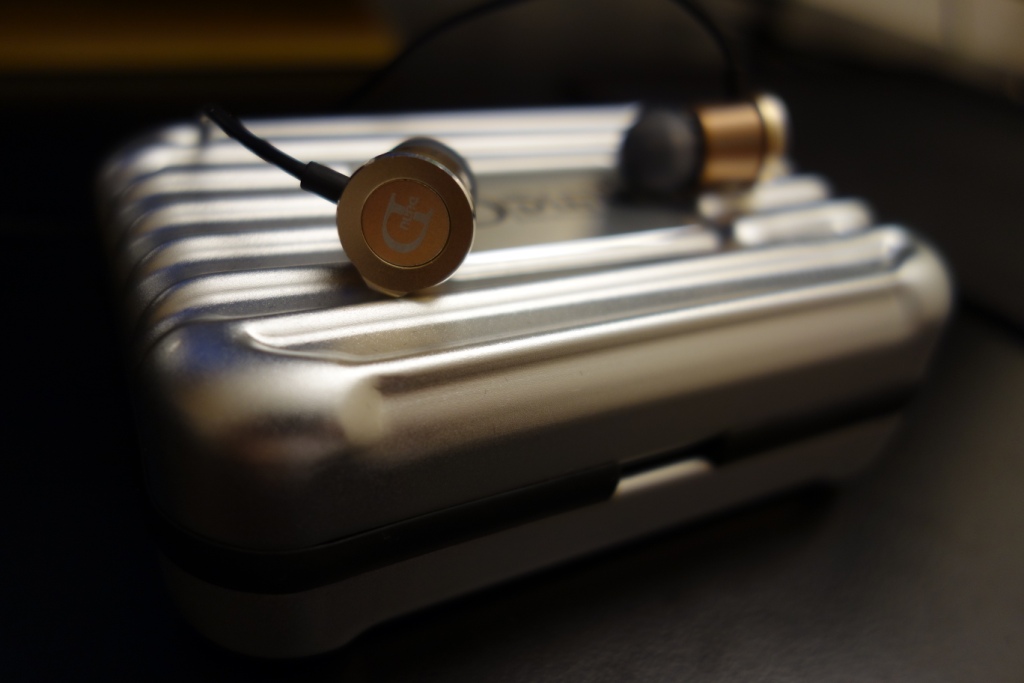 Now there might be some critisms I have of the DN-2000s, but this is me comparing it with the PFE232s MSRP £400 and the Sennheiser IE800 MSRP £600, where the DN-2000s sit at £250, and even less in the US at around £170/$270!
It’s therefore easy to complain at a higher price-tag, but when I put into perspective and look at what DUNU are offering with their DN-2000s, I can’t think of a better earphone that comes close to them at their given price range and/or a higher price tag. What makes it even more appealing is that they’re readily available and not discontinued like my PFE232s.
The DN-2000s in a nutshell do so much right and so very little wrong – even the things that are “wrong” can be somewhat forgiven and even tweaked – so if you’re thinking of buying a set of earphones under £250 or even under £400, then the DN-2000 should definitely be on your buy list. In the US, there’s no excuse not to buy these beauties, at £170 / $270, nothing comes remotely close.

Yet again, DUNU have impressed me and have produced another marvel – I’m really impressed and would definitely recommend these to everyone!