First of all I would like to thank Firestone Audio for sending me these products to review.

I shall start off with the GreenKey USB isolator.
First of all, purchase information
GreenKey USB Isolator – $102 / £50 / €59 – Available from:
–Firestone-Audio
–Amazon USA 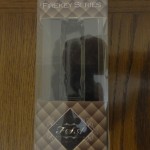 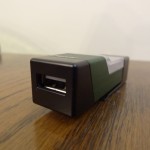 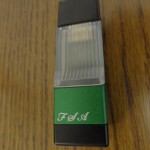 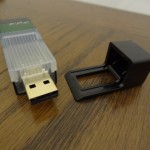 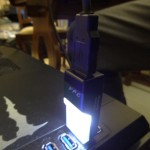 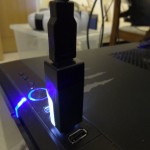 The USB isolator is a product I wasn’t expecting to change a great amount of audible sound, especially in a setup at my desk, which consists of my modded Denon AH-D2000, the DigiZoid ZO2 and an EHP-O2D. I was trying so hard, for such a long time to hear a difference, whilst using the EHP-O2D in DAC mode. No matter what I did, I couldn’t hear any difference whatsoever in sound. I tried different USB ports, both at the front and back of the PC and 2.0 and even 3.0 ports. I was just about to give up and say: “this product makes no difference”, until I turned on my DigiZoid ZO2 and decided to hook it up to the PC and charge it at the same time, whilst it was in operation. This is where I discovered a difference in sound with and without the GreenKey.

Without the GreenKey, the DigiZoid ZO2 would pick up interference that is common from PC’s, such as hard drive read/write sounds. It wasn’t too annoying, but with much lower-spec’ed PC’s I know it can be something that is quite audible.
Once I plugged in my GreenKey, the sounds, suddenly went away and I was able to hear literally no disturbances from the PC. In essence the anti-jitter that is advertised, came into play when charging the ZO2. Thus, this is where I discovered it to be actually useful in my setup. Now I understand I don’t have the best nor perfect environment to fully test the USB Isolator, but with that in mind, I don’t see why someone would be able to pick up disturbances, whilst I’m not able to hear a single jitter with my EHP-O2D.

This is where price came into mind – at £50, I feel as if Firestone Audio are asking quite a bit of money for a product that I feel is extremely niche. In my case, it would mean someone who is charging a device that could suffer from interference and at the same time is charging, whilst listening to it. I never, ever listen to my ZO2 whilst it is charging. I’m just not in that rush, furthermore I have my EHP-O2D when I’m in front of my PC, thus I don’t see the need for it in my situation. I think the product is thus priced a bit too high for what it does. Of course it does its job, but for the price, you’re better off saving that up and buying yourself a better amp/DAC.
I feel as if if the product was priced at around £20-30 it would be a much fairer reflection of what the isolator can do.

Overall, I’m happy with its performance, but for its price, I can’t really recommend it to anyone, apart from those looking for that little bit of perfection in their audio setups.

Finally my YouTube review and overview of the USB Isolator: 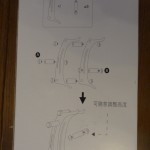 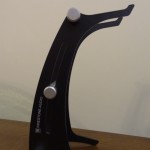 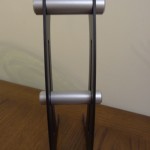 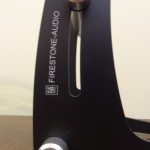 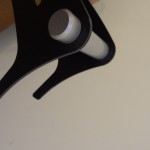 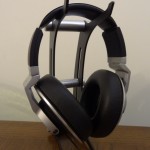 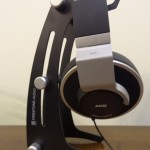 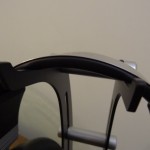 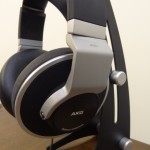 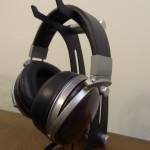 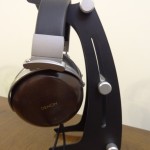 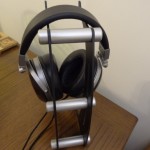 I hadn’t previously reviewed a headphone stand, as it is quite hard to do so in my opinion – with that said, I found the headphone stand really nice and sturdy. It’s metal construction gave a nice feel and look to my modern looking headphones such as the AKG K551’s. I also quite like that the bars on the side can be adjusted if needed, however for me I was very much pleased with how it was already constructed.
There were two points I wanted to raise to my readers about this headphones stand. At the top of the headphone stand, there is no sort of padding, meaning the headphones that will be placed on there, especially for a set period of time, would leave an imprint on them. A simple addition of some foam at the top solves this “problem”, but that said with a headphone stand priced at £56, one would have expected the manufacturers to have provided some sort of padding at the top of the stand. Furthermore, the bottom of the stand isn’t protected at all, meaning if left on a table and pulled it will not only slide (as there wasn’t any sort of “grip” or padding provided) but it could damage your table as it is solid metal.

Overall, the headphone stand is nice, however at that price I could buy two Zoppa stands, which aren’t currently available and made out of wood, but depending on taste the Zoppa would be a safer bet. I thus think the pricing, just like with the isolator isn’t really well placed. I think if this was priced at around £30-40 it would attract much more attention and furthermore seeing as it is missing some sort of protection and padding at the top and bottom of the stand, it feels as if the headphone stand wasn’t made for headphones, but rather as a nice looking piece of furniture.
I hope that doesn’t deter you from the stand, I just feel that it could have been better thought out and marketed, as I know a lot of people who own extremely expensive headphones (£700+) and own a banana holder for their headphones, as they don’t see the need of spending £50+ on a stand.

Hope you enjoyed my reviews!
–TotallydubbedHD