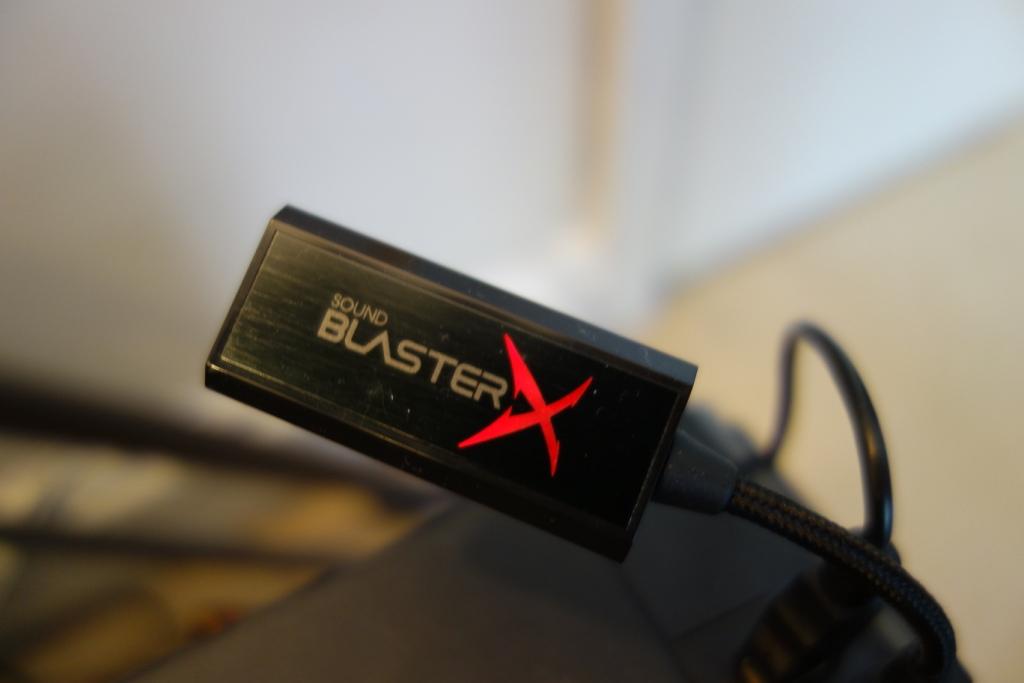 First of all I would like to thank Creative and ESL Gaming for sending me out the Sound BlasterX G1 sound card for review. It can be found on AmazonUK for £40 and on AmazonUSA for $50.

Full specifications of the G1 can be found on Creative’s website.

Here’s my video review on the G1:

Within the packaging you’ll find the G1 and a set of manuals – nothing of surprise here, I wasn’t expecting any extras, but a USB female to male extender might have been a good inclusion.

The sound card is very well built, as it has got an extremely simplistic design. The non-gold plated USB connects to your PC, Mac or even PS4 console and has a small braided cable to its small sound card.

The sound card itself is illuminated in red, through the red “X” logo on the Sound BlasterX writing. The red light cannot be disabled, but isn’t too distracting. 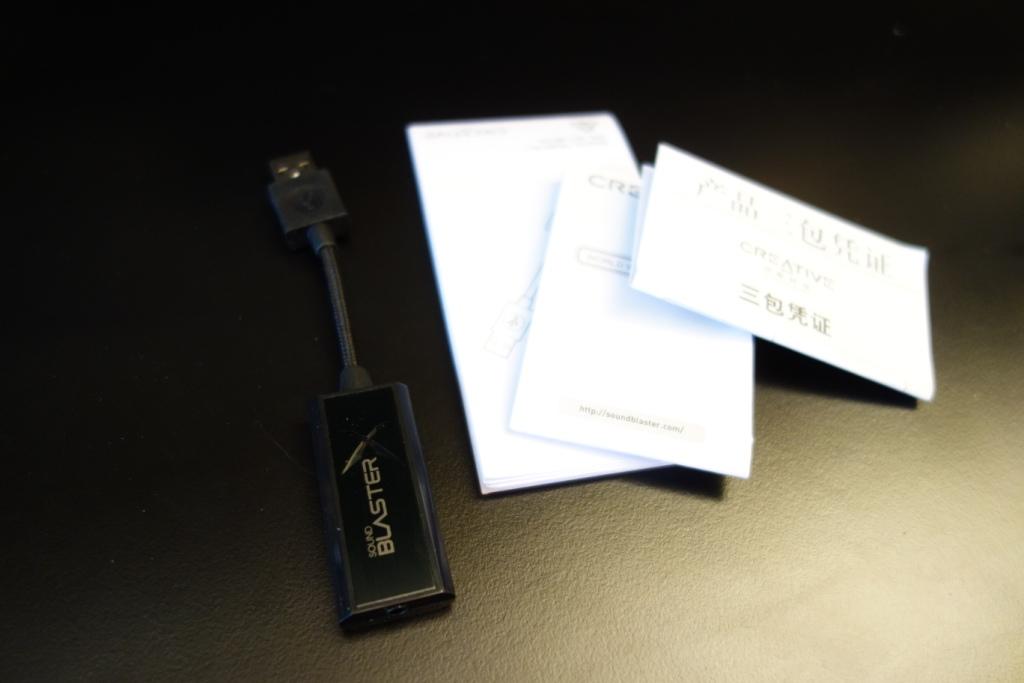 The sound card only has one 3.5mm input, which is a slight annoyance to me, as it really limits the use of the G1. It’s made with people who have mobile headphones or earphones in-mind, but not those PC gamers, that will have two separate 3.5mm inputs: One for the headphone and the other for the microphone (like the ModMic 4.0). So, sure enough you can plug in a 4-pole jack, but if you happen to plug in your mic to get a better isolated recording quality, you’ll be unable to do so.
I’m not sure what the logic was for Creative, but they’ve seriously limited their audience. You’ll either be someone who has a mobile-friendly headset (which is very rare to find), or you’ll have a separate mic and headphones.

Overall the build quality is fantastic, but it’s let down by its functionalities of having both 3.5mm mic and headphone inputs.

I’m running on Windows 10 64-bit and found the software was very hit and miss for me, with the bundled software to be either useless or not very impressive. You can find the list of software on Creative’s website. 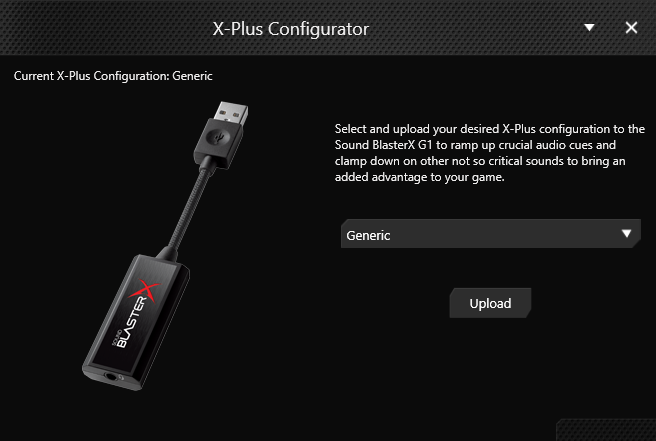 The software you can download is the BlasterX Pro, X-Plus Configurator and the Smart Recorder.
I found the BlasterX Pro to be irresponsive and wasn’t useful for anything – despite Creative showing off its abilities to change your EQ, enable scout mode etc on their website.
The  X-Plus Configurator allows you to select a certain pre-built EQ depending on the game you’re playing. For example, you can set it to have a CS:GO configuration which changers certain aspect of the sound card’s output – a nifty little feature, but not one I found to be really useful in-game.
Finally the Smart Recorder is useful if you can get a mic working with the G1 – in my case, my ModMic was not at all recognised meaning I couldn’t use it.

Overall, the software sometimes works, but is a little hit and miss – I see the G1 being bundled with no software in all honesty – as the all the settings were useless to me and didn’t provide anything extra.

Despite missing a separate mic input and have hit and miss software, the most important part to me was its sound quality, and I’m glad to say I’m impressed!
To me the biggest trait that the sound card has, is being able to isolate and provide a good overall sound reproduction. The sound quality is not only accurate, but is great for both music listening and gaming – you’ve got a sound card that’s also versatile, meaning you can easily take it on the go – allowing you to boost the sound quality of any device with ease. 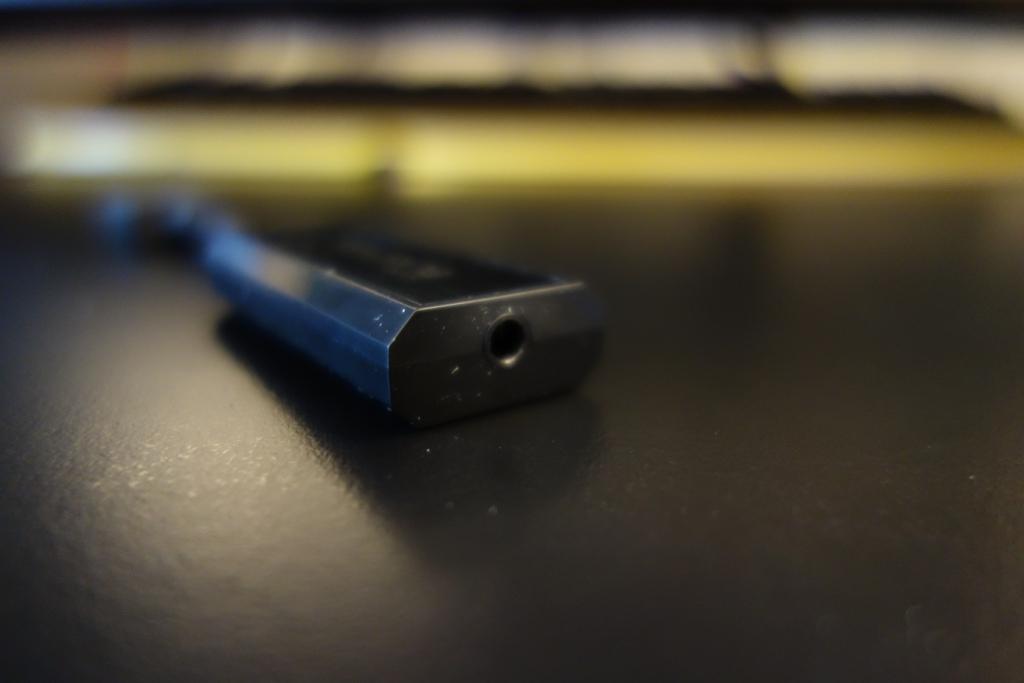 It is worth noting that a USB sound card usually bypasses most of the internal isolation issues that are present in laptops and desktop motherboards. In this respect the G1 suffered from no internal interference and was able to provide a clean reproduction.

I should also state that I did my listening through my custom Denon AH-D2000’s and compared the G1 to other sound cards/DACs I’ve previously reviewed, including my own Denon X500 receiver.

Lows:
I found the lows to extend well into the sub-bass regions, although did feel that the lower-end frequencies were a little cut-off. The mid-bass has a great slam, but is a tad bit uncontrolled – I’m really nitpicking here, as for its price, the sound card does a fantastic job in the lows.

Mids:
The mids are really well reproduced and are forward-sounding. I would say if I had to be extremely critical of its overall sound quality performance, that the mids are very slightly pushed back due to the slightly uncontrolled mid-bass slam. This can be seen as a bad thing for audiophiles, but given the average-Joe would be looking for a slightly more warm sound, the G1 provides it. Don’t get me wrong, we’re not talking about a V-shaped sound signature, that’s inaccurate, rather one that’s slightly warmer.

Highs:
The highs are well extended with the highs conveying a nice sparkle at the top end – this is especially aided by the soundstage that’s offered by the G1, making the highs resonate better. Ths highs were flawless in my opinion. I could potentially think that some would have preferred it to be a little more sibilant, but on the whole it’s fantastic.

Soundstage:
This is one area that a lot of USB sound cards struggle to do – in this respect the G1 absolutely nailed it. In fact, it did it so well that I was able to comfortably game competitively on CS:GO with the G1 in-use. Furthermore, for music listening sessions, the instrument separation was fantastic, both the width and depth are well reproduced and finally the tonality is great. This all leads to the soundstage being one of the highlights of the tiny sound card. Versus other small USB sound cards, the G1 does an amazing job and provide a nice overall sound presentation. 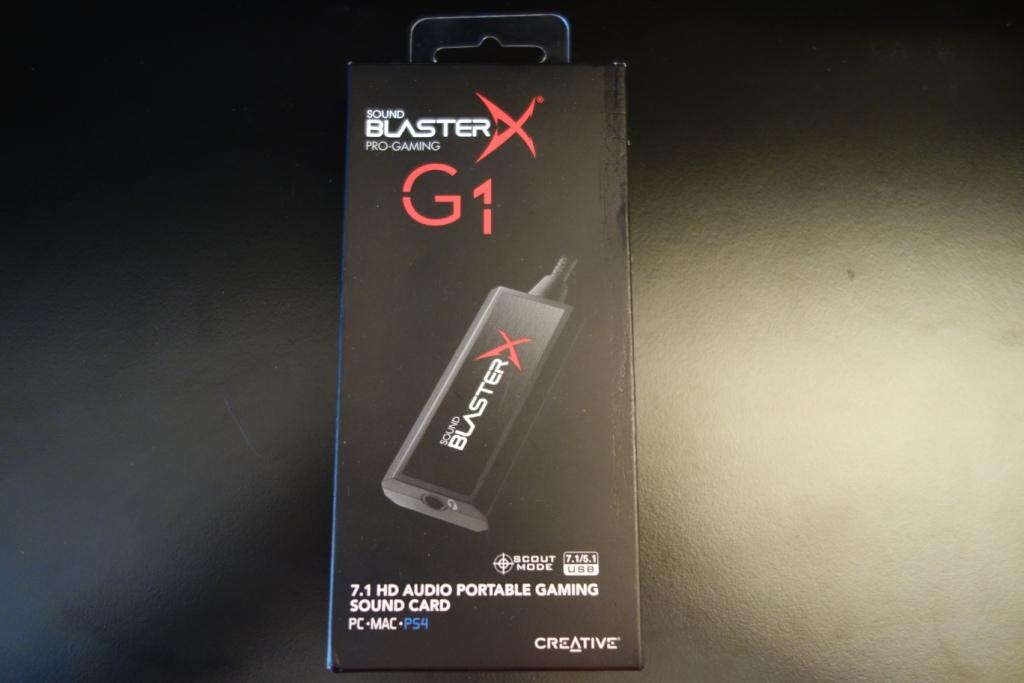 I must say that the G1 really did surprise me in its sound quality reproduction. It does a fantastic job, especially given its size and price. The sound is accurate (excluding its slightly uncontrolled mid-bass) and the soundstage really makes it a viable option for gamers and audiophiles alike.

I love the fact that you can simply put the G1 in your pocket and instantly get much better sound than on-board audio. I would truly recommend the G1 to anyone looking for a cheap and portable sound card solution – I just wish Creative had two separate 3.5mm inputs!