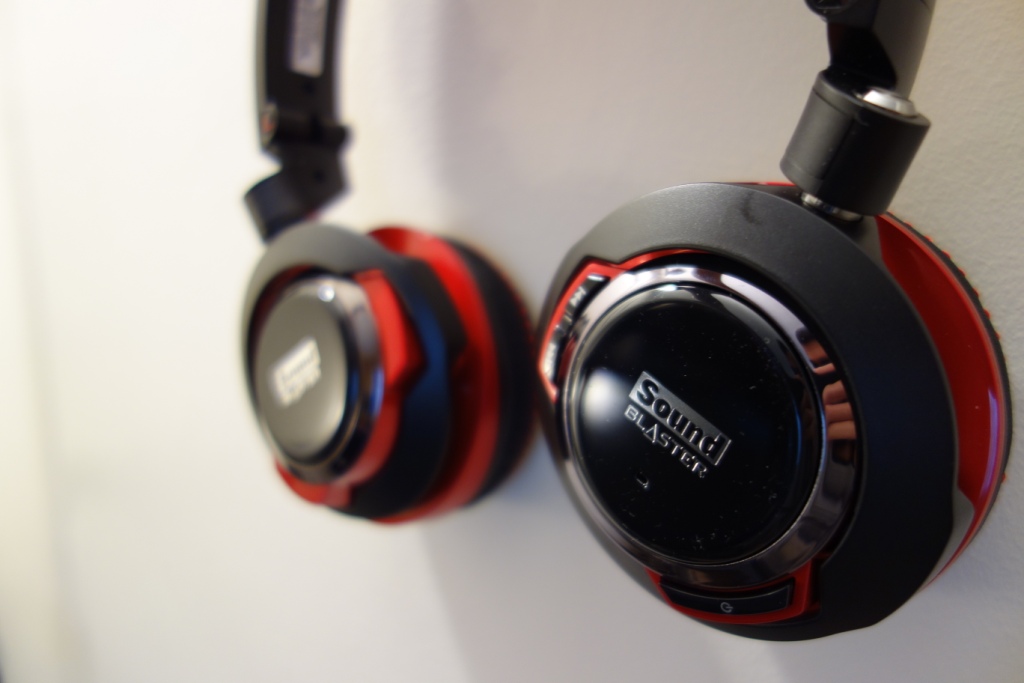 First of all I would like to thank ESL Gaming for sending me their headset for review. ESL are massive event organisers and after having reviewed quite a few headsets I was offered to review the EVO Wireless, which is made by Creative – a brand I’m familiar with.

The headset can be found directly on Creative’s website for £90 (where you’ll also find its full specs) and can also be bought on AmazonUK for around £55 and on AmazonUSA for around $95. As I’m a UK based reviewer, my review will be based on UK prices.

In the EVO Wireless’ packaging you’ll find the headphones, a carrying pouch, a thick microUSB to USB cable, a 3.5mm gold-plated interconnect and a set of manuals/warranty information booklets.

I really like what Creative have included within the package as all the included accessories really complement the intended purpose of the EVO Wireless – a portable headset which can also be used at home with a PC, Mac or PS4. 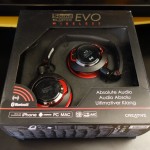 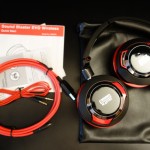 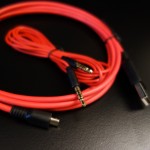 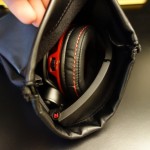 The EVO Wireless is well designed and built for its intended purpose. Due to it being a Bluetooth headset it has a fully foldable design, allowing you to take the headset on-the-go with ease.

Before going into the build quality of the actual headset, I would like to mention its multi-purpose functionality, which to me is fantastic to see in a headset that comes in at an affordable price point of £55. The headset can be connected directly to your computer or console through the microUSB to USB connection. On my Windows 10 PC, the drivers automatically installed and the EVO Wireless could be used as both a playback and recording device! 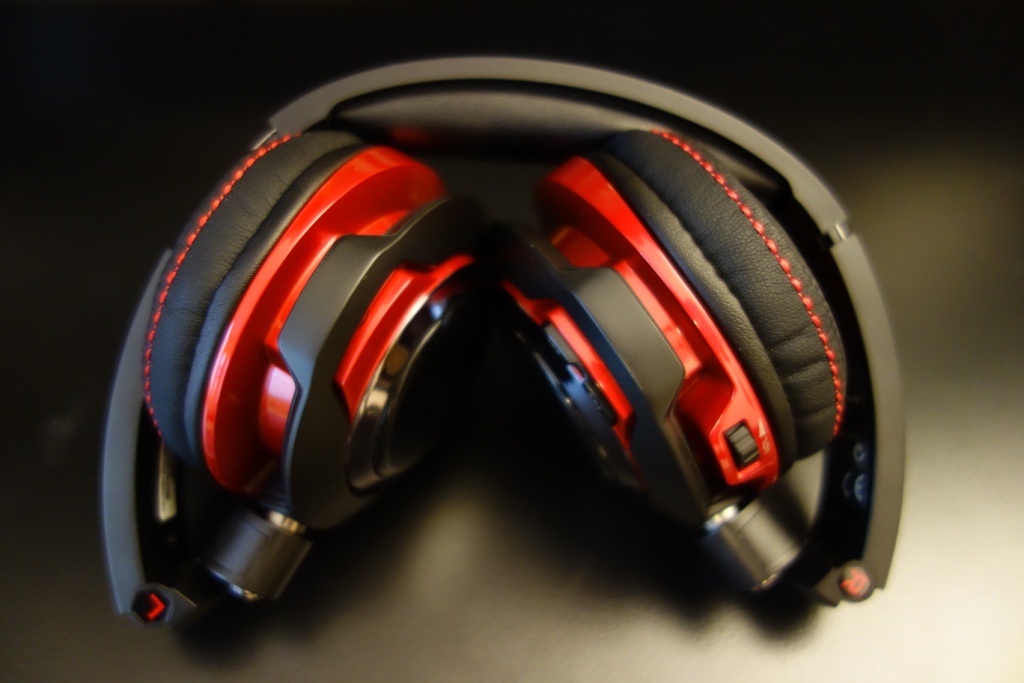 The headset also has a 3.5mm jack input, which means you can use it with a 3.5mm source device – for example a smartphone, whereby you’ll be able to utilise the 3 pole jack design to enable you to control music and calls from your headset through a 3.5mm jack.

Finally, the headset can be connected and used through Bluetooth, where you can quickly tap to connect the headset with an NFC-enabled device as the EVO Wireless has NFC capabilities – a neat inclusion by Creative! 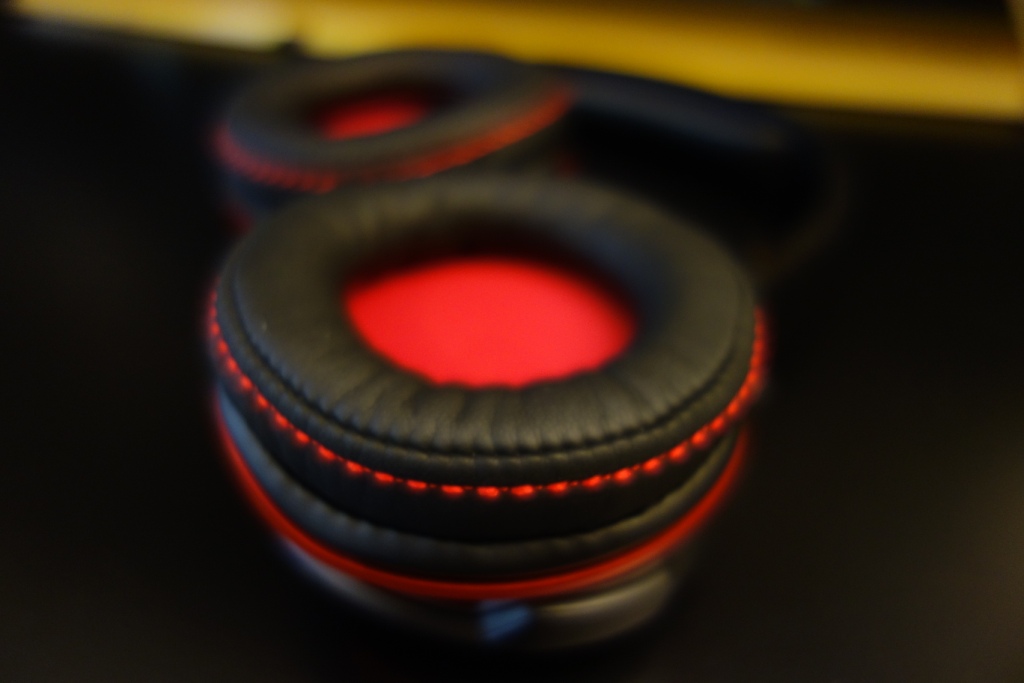 Speaking of its Bluetooth capabilities, I was satisfied by the range that the headset was able to achieve, where it would work at around 10m through several walls and would last around 6-8hrs on a single charge (this does depend on how much you interact with the headset).

Regarding the Bluetooth transmission, I was also impressed as the headset supports aptX and AAC capabilities, meaning you are able to transmit high quality music from your Bluetooth device to the headset (your playback source has to have this ability). It should be mentioned that the EVO Wireless uses Bluetooth 2.1 + EDR (Enhanced Data Rate) – where EDR allows you to pair the headset faster. 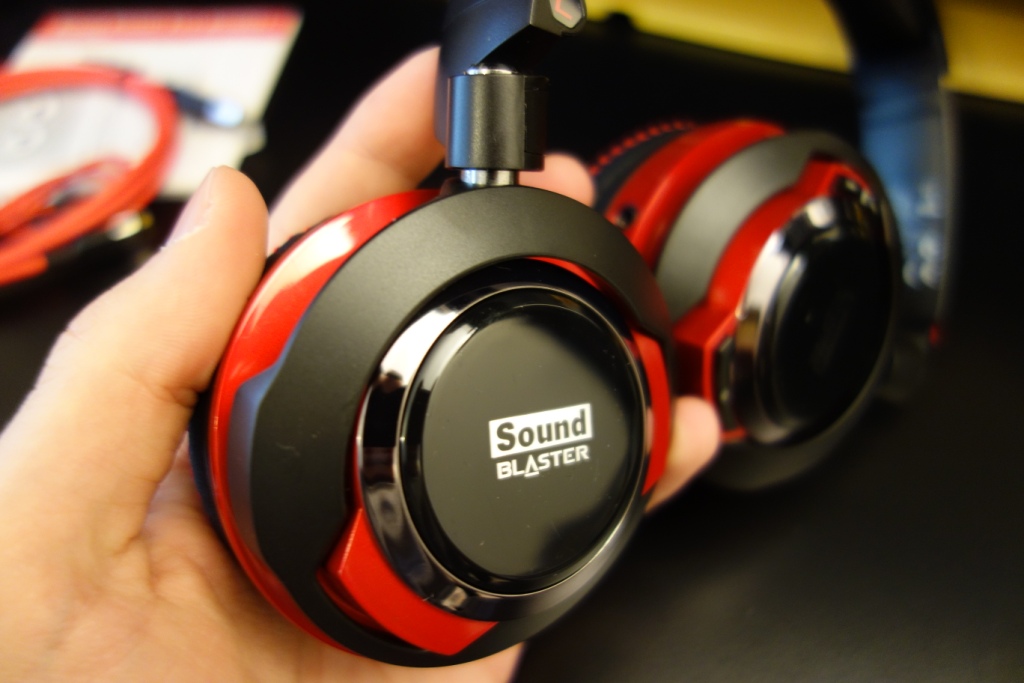 Moving on from the functionalities, let’s look at the build quality of the headset. Now the overall build quality to me was good, although when you shake the headset a little it feels a little brittle and makes a sort of rattling sound – this is caused by the hinges and the way it is made for portability. Speaking of the portable factor, the headset can be fully folded, where the drivers fold and also pivot, allowing you to easily store it away in a big suit jacket or within its carrying pouch. 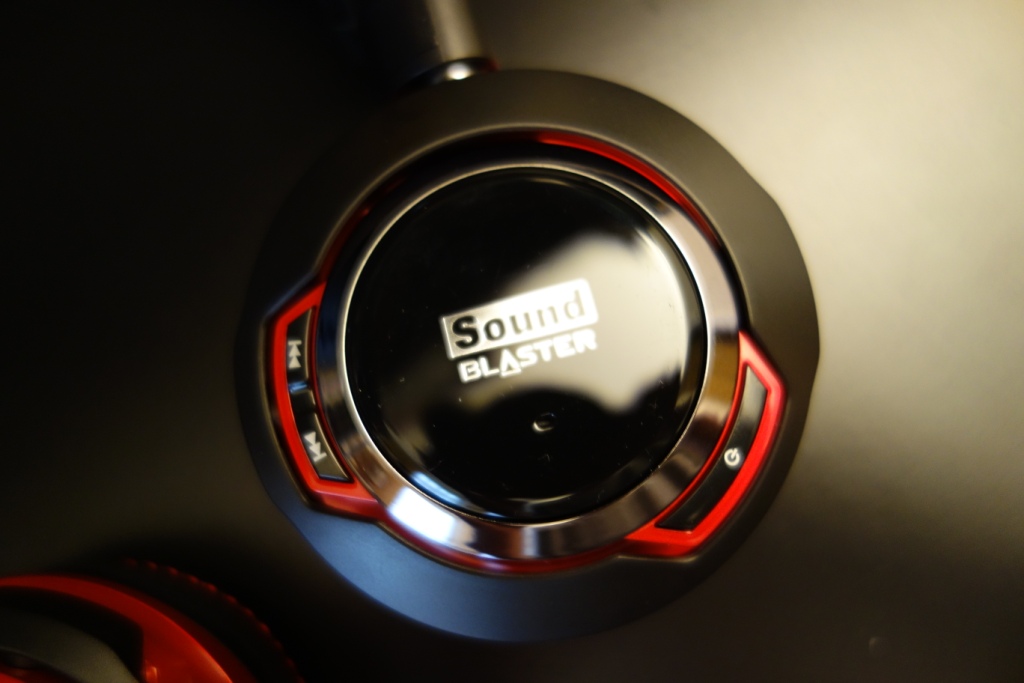 Looking closely at the headset, you’ll be able to see that the right-hand side driver has all the controls and functionalities built into it. By clicking on right-hand sided Sound Blaster logo, you’ll be able play/pause music or answer/reject calls. Both the left and right logos have a blue or red glow behind them, which is used to indicate pairing via Bluetooth or low battery/charging.

Still on the right sided driver’s housing, you’ll find an on/off button, used for the Bluetooth functionalities, a next and previous button to control your music, a small control wheel for the headset’s overall output volume and finally the microUSB and 3.5mm jack inputs respectively used for charging and using over an auxiliary connection. 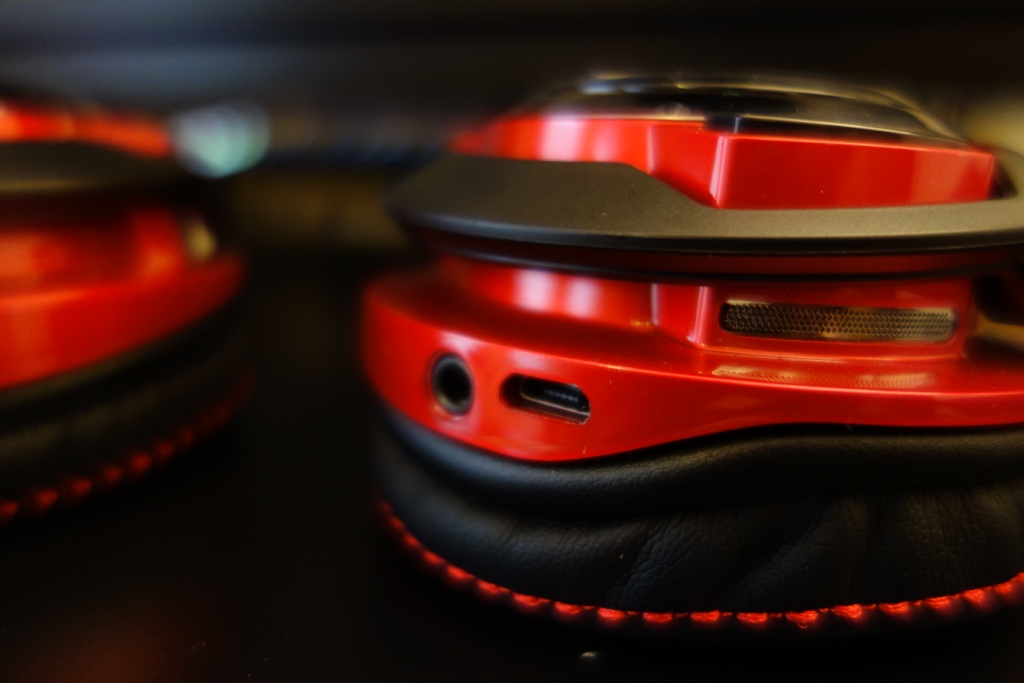 The right and left side indicators are found on the hinges of the headset and are denoted by a R and L. Moving on to the ear pads, it’s nice to see attention to detail by Creative with nice red stitching on the contours of the ear pads. A small, but yet nice touch given its relatively cheap price. 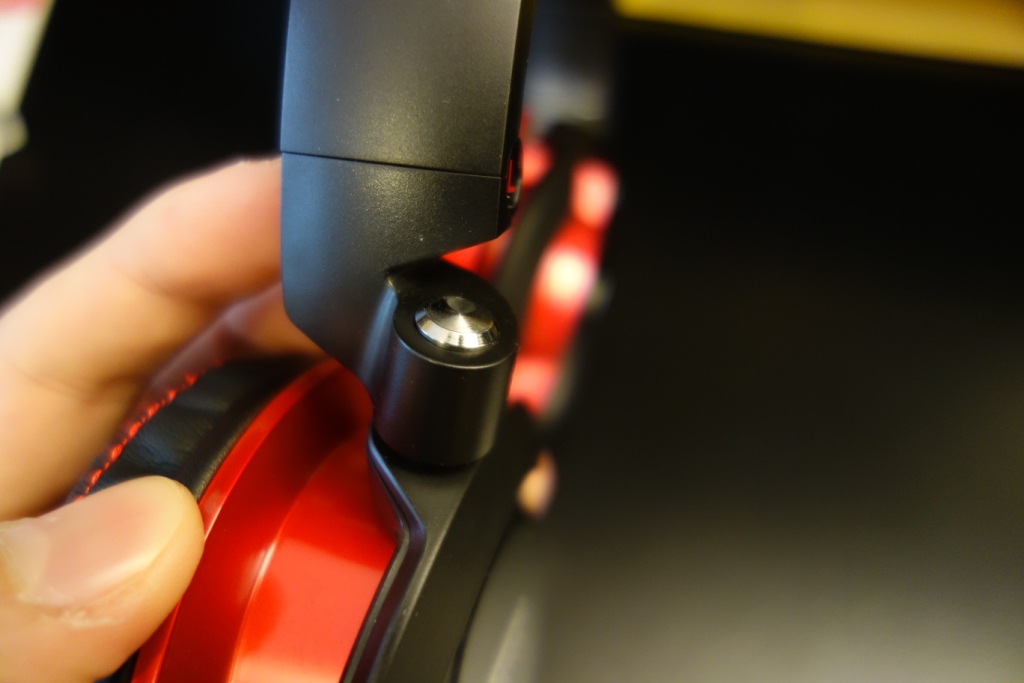 The top of the headband has decent padding and has a plastic construction, where the actual headband assembly is made out of metal and has a nice clicky feeling to it when being expanded. 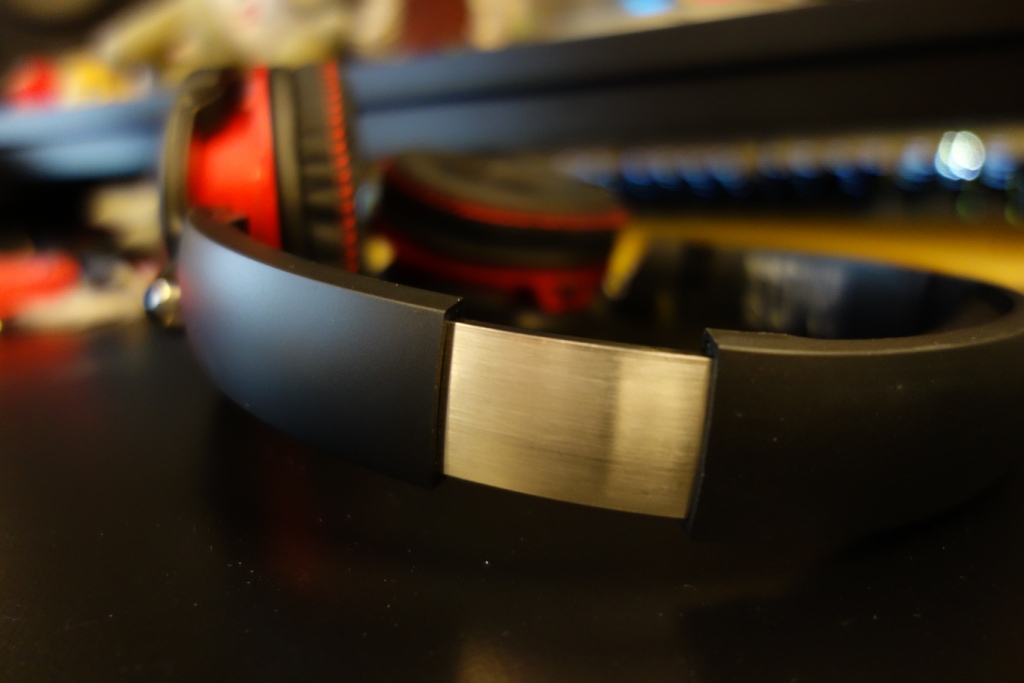 Overall, it’s safe to say the build quality is good and its multi-functional abilities really complement the headset in being a truly versatile headphone.

I found the headset to be reasonably comfortable, but wouldn’t really recommend it for long listening/gaming sessions, which is one of my major complaints about the headset – as to me it’s clearly designed for on-the-go use and therefore for those wanting to game with it, would probably opt to get a dedicated desktop headset, rather that a portable headset that can also be used for desktops. The problem really lies within the overall size of the pads (which are on-ear by design) and the padding at the top of the headband which sinks into your head after an hour or so. 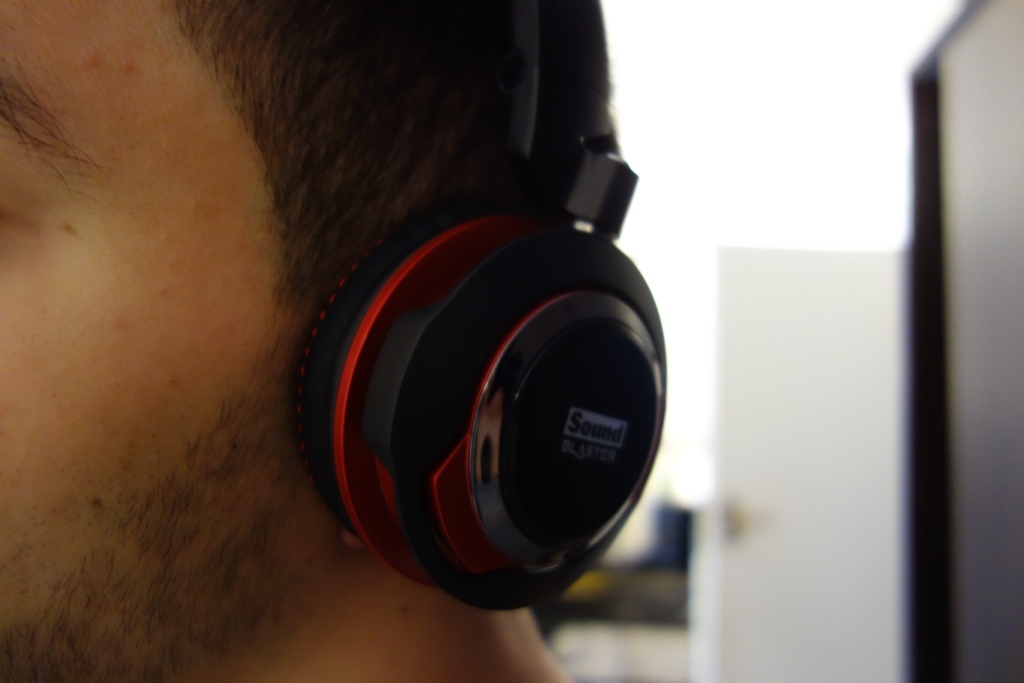 The isolation is also a slight concern, where the headset’s pads don’t really isolate all that well, as its on-ear design prevents proper isolation. I do understand the use of on-ear versus over-the-ear, as the headset has to be portable, but this principle of having a small headset and yet portable one that should theoretically isolate you from the outside world has never been the case. On-ear headphones never isolate well, and even when they come with active noise-cancelling features (of which the EVO Wireless doesn’t possess), they create other problems such as reduced sound quality reproduction.

Long story short, the EVO Wireless don’t really isolate that well due to their on-ear design and aren’t that great for comfort due to their portable design. 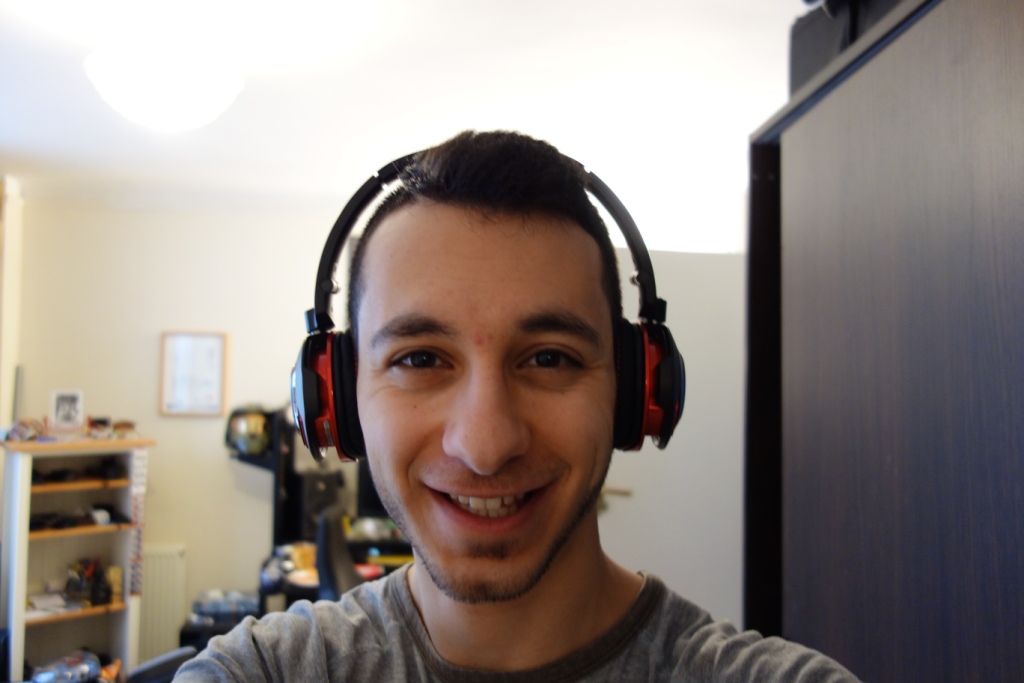 I found the EVO Wireless to reproduce a mediocre sound quality, where it didn’t leave me that impressed through its V-shaped sound signature.

I found the lows to be also disappointing, with the sub-bass being non-existent and the mid-bass having very little impact when it came to portraying big explosions. Not a big deal if you’re only listening to music, but when it comes to gaming and you like to hear explosions sound big and be pronounced, I just felt a little let down by the headset’s sound reproduction in the lows.

Moving on to the mids, I found them to be recessed and pushed back, which didn’t come to a huge surprise given its price point. I found the mids to be lacking emphasis and in games created a lacklustre sound for gun fire or even general in-game comms with team-mates. The highs were also rolled off, but did provide a decent sparkle. This meant that for music and casual gaming it sounded decent, but when it came to competitive games where footsteps are very important, I felt the headset was slightly let down.

On the plus side, I was pleasantly surprised by its soundstage, which had decent width and depth to it. It sure wasn’t an amazing headset for its soundstage, but given its other sound traits I was happy to hear a full range of sounds and good instrument separation. In games it means you’ll have decent positioning and a good knowledge of where your enemies are.

Overall I found the sound quality to be distinctly average, where I wouldn’t really recommend it for serious gamers nor audiophiles, which is a shame given its multi-functional abilities. 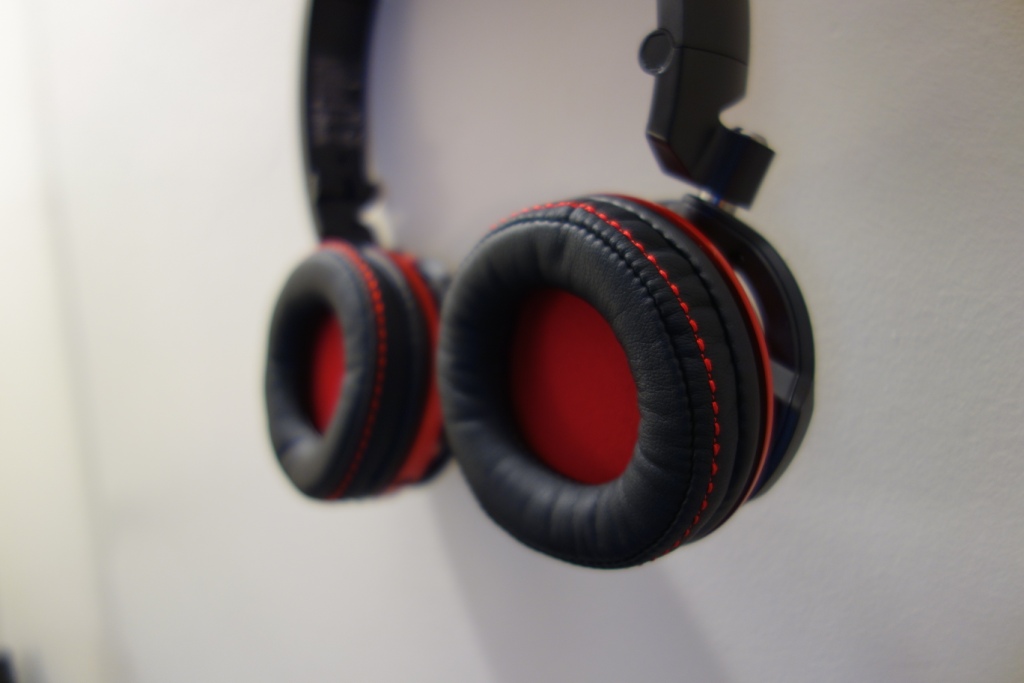 The recording quality was actually very good, as the headset is designed for on-the-go use it has a good pick-up distance and a reasonably accurate vocal tone reproduction. With that said, it does pick up a lot of external sounds, as the mic is not positioning like a gaming headset, but rather a Bluetooth portable headset, meaning if you’re bashing away at your keyboard your friends and family will be able to hear you through the headset’s sensitive pick-up range. Speaking of which, through my recording tests I did notice static noise which occurred in the background – a noise that will annoy those wanting to use the headset to stream games or speak to friends without using a push-to-talk method.

Overall the recording quality, is decent given its purpose, but as a gaming headset should realistically be used through push-to-talk. 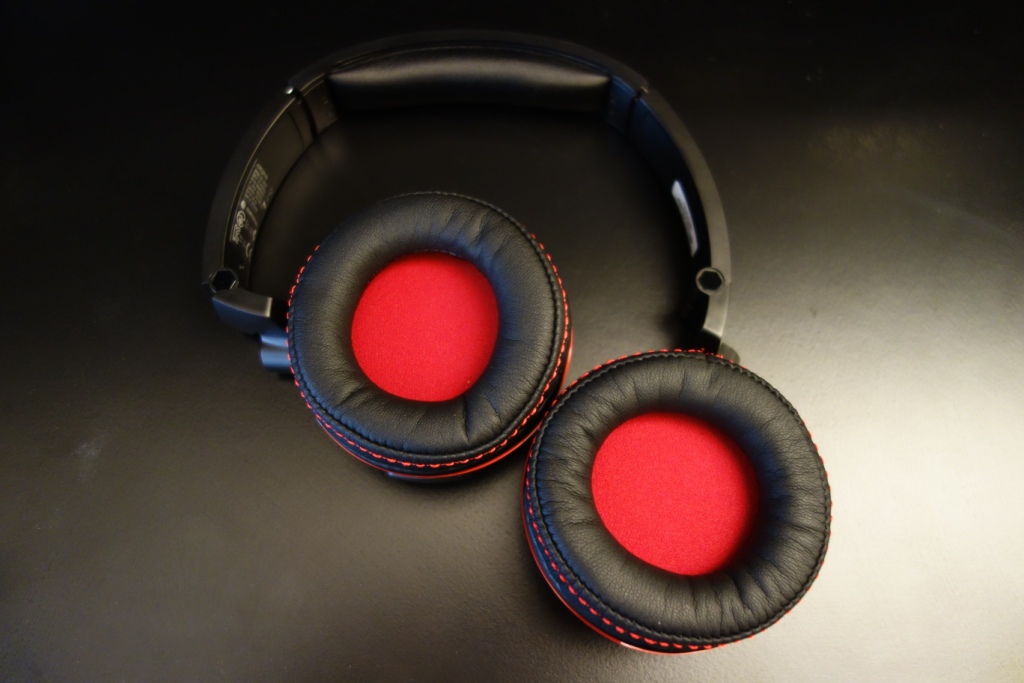 In conclusion, I found the headset a well designed, multi-functional device, but couldn’t quite understand where or who it is aimed at. It’s in one hand a portable Bluetooth headset that has great audio and call controls which can be used with your smartphone (or other source), but is poised as a gaming headset where the headset can be connected through microUSB to USB to be utilised as a gaming headset.

The realistic buyer for the EVO Wireless would be someone who wants a portable Bluetooth headset, but at the same time would like to double up and use the very same headset at home when casually gaming. I just can’t see an audiophile picking this headset and being happy, nor a competitive gamer who would want better sound reproduction and comfort!

Given its multi-functional abilities, I find it hard to really slam the headset, as it does a decent job. Sure it’s not perfect, but given its price point and functionalities, it’s easy to see why some people might buy it. I wouldn’t, but that could just be me!