First of all I would like to thank Creative for sending me their headset for review. After having reviewed a variety of headsets, I was curious to see how the H5 would compare to its competitors. 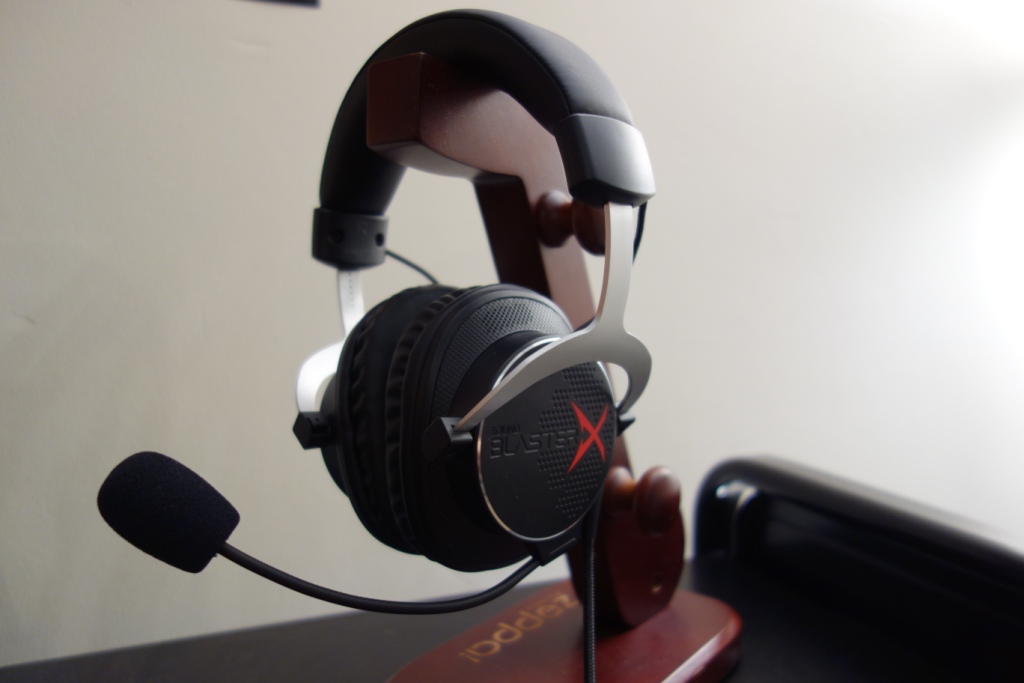 The headset can be found directly on Creative’s website for £100 (where you’ll also find its full specs) and can also be bought on AmazonUK for around £100 and on AmazonUSA for around $100. As I’m a UK based reviewer, my review will be based on UK prices.

Within the ridiculously large and circular box, you’ll find the headset, a detachable mic, a cable with a mute slider, an extension lead with mic/line in and finally a set of manuals/warranty cards. The package contents are good, but it would have been better with a soft carrying pouch. 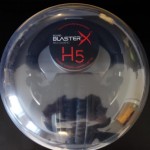 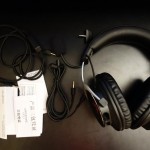 The build quality of the H5 is fantastic. Starting from the braided cable, which is detachable and is multi-purpose through its extension-lead design. Both cables are gold-plated, use 3.5mm jacks and are braided – a nice touch by Creative. The primary cable which connects to the headset is needed no matter which setup you decide to use. 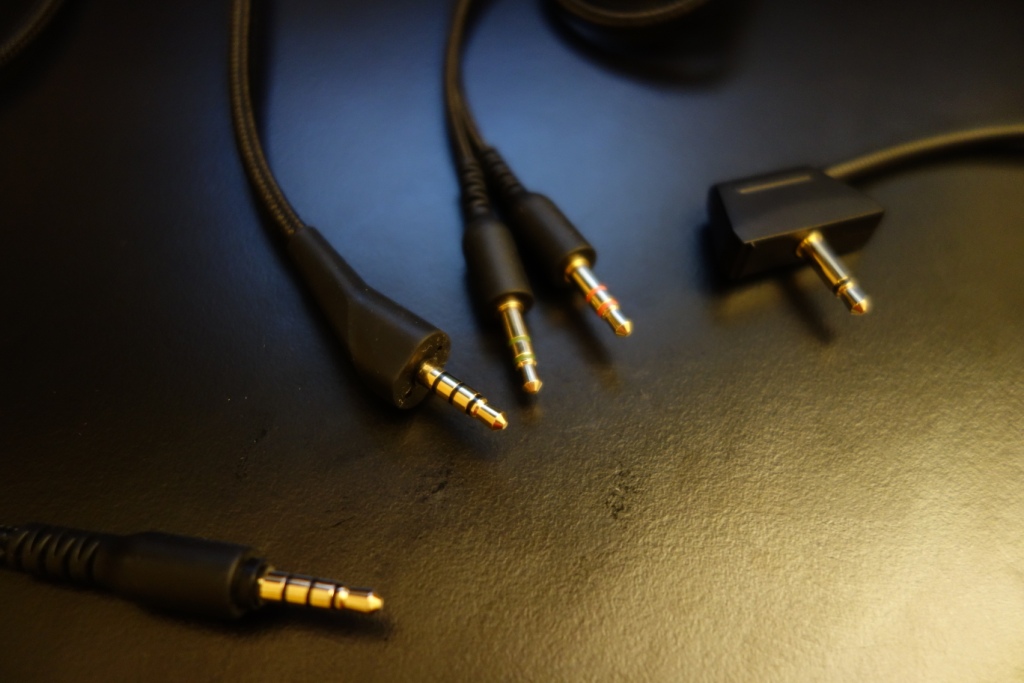 This cable has a small control pod, which has a one-button remote for play/pause music, which also doubles up as answer/reject calls. There is also a mute switch, which is used to mute the microphone and finally there’s a small volume wheel for the overall volume of the headset. 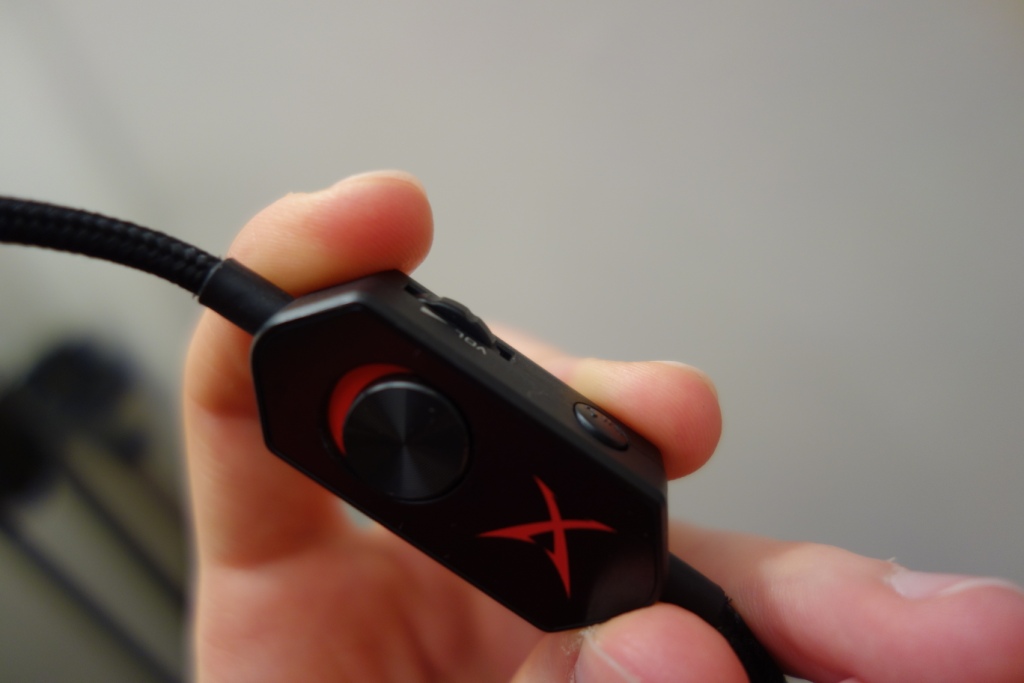 When this cable is connected to a mobile phone, the one-button functionality comes in extremely handy, as you can also use the headset as a headphone on your smartphone or other source. I should note that the cable is 1.2m in length – which is the perfect length for a portable headphone.

The secondary extension cable, is a further 1.2m long and has a female jack, used for connecting the primary cable into it. Its termination is two male 3.5mm jacks, one used for a mic input and the other line in. 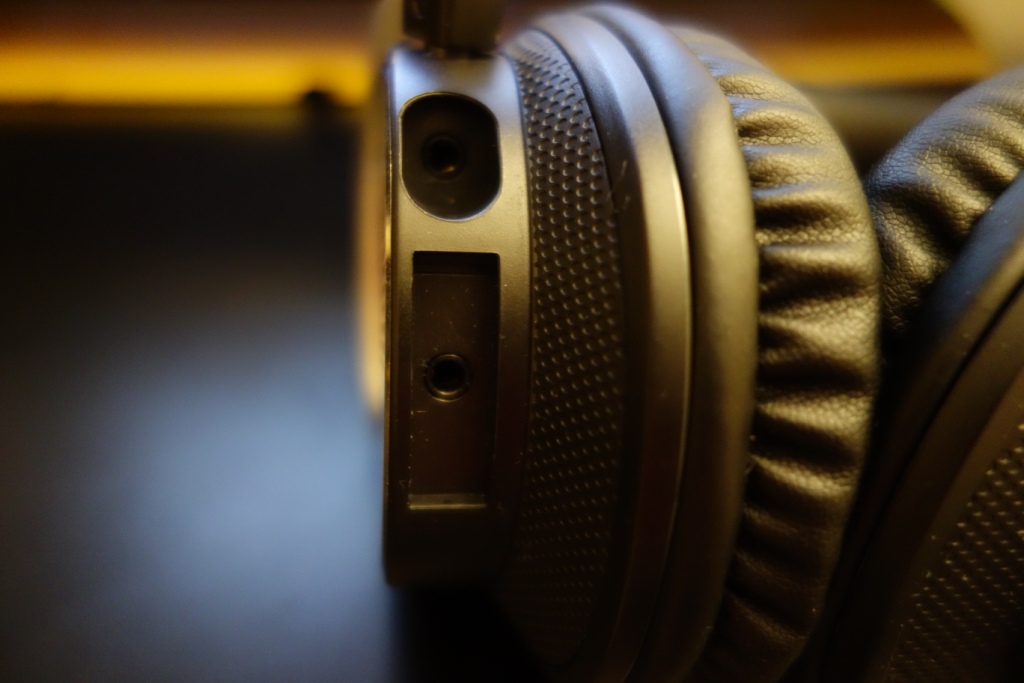 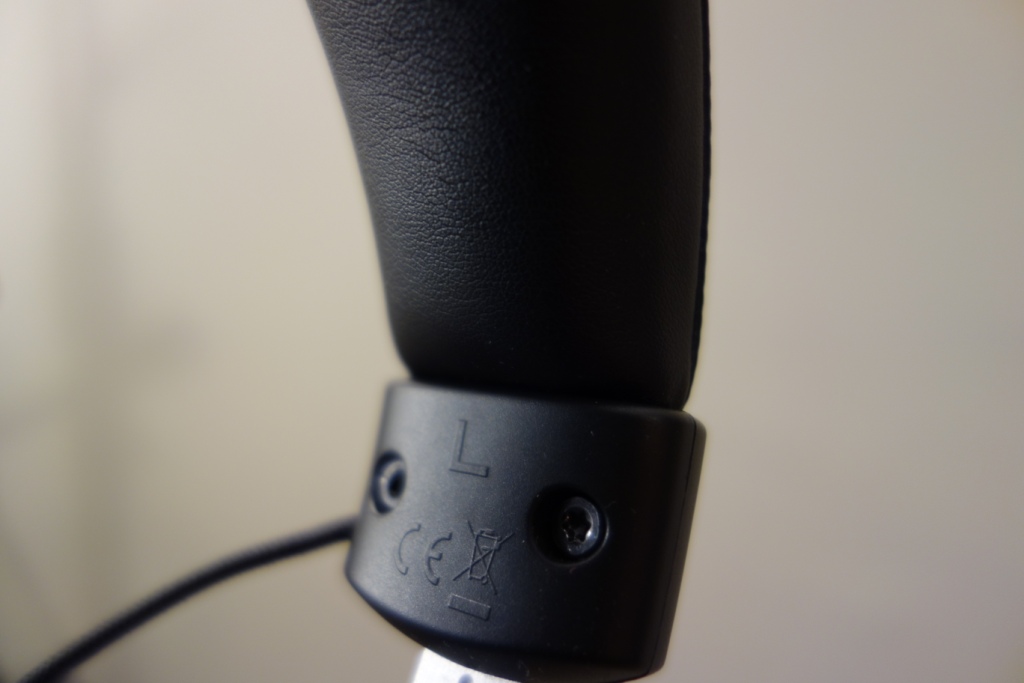 On the drivers’ housing there is a BlasterX logo and a brushed aluminium look, giving the headset a nice look and design. The X within the logo is also red which looks great!

The headband is solidly made and has a metal frame, giving it great flexibility and strength. At the top of the headband there’s ample amounts of padding, meaning you can wear the headset for long periods of time. 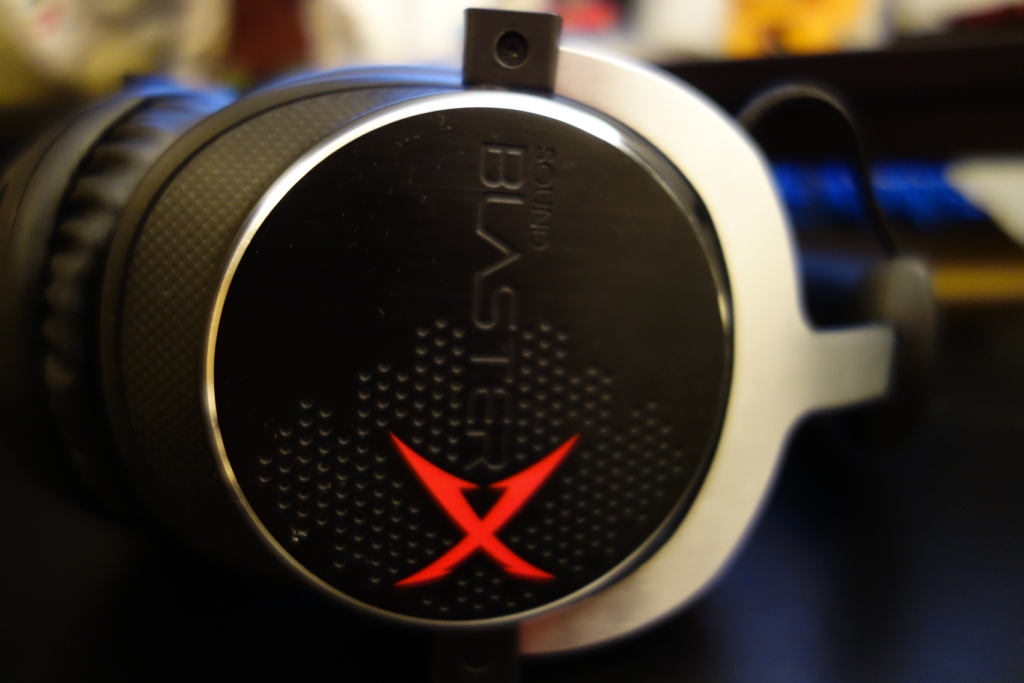 Finally the pads are well stitched and are extremely comfortable to wear for long periods of time. The overall build quality is therefore fantastic, from top to bottom the headset is well thought out and the fact that you can use it solely as a headphone too is a great addition to a desktop headset.

On that note, the headset is compatible on all major platforms, including consoles (I wasn’t able to test on consoles), but on phones and desktops it works flawlessly.

The headset is really comfortable, mainly due to its really soft pads and very spacious headband. Despite having a metal headband assembly, the headset is remarkably light, meaning you can wear it for hours on end, without having to worry about the weight on your head. The pads are well designed with a rectangular/oval shape and large 50mm drivers, allowing you to comfortably place them over-the-ear no matter your ear size – my ears are quite big and they fit me well! 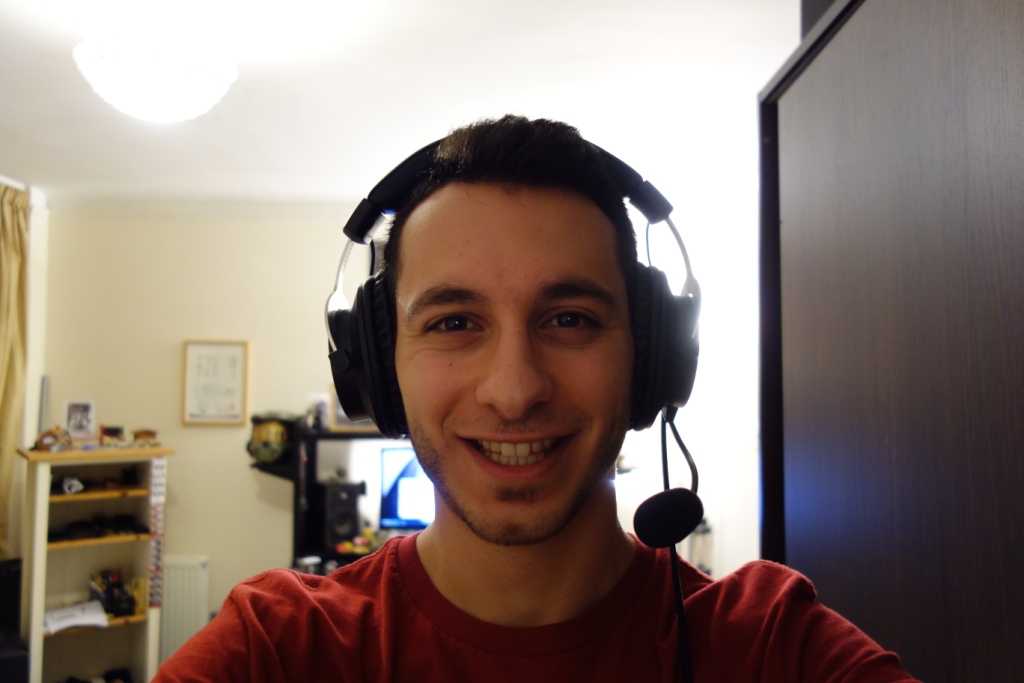 In terms of isolation, it’s not the best, but due to it being over-the-ear, it passively isolates well – the pads also help to isolate sound leaking. Speaking of which, there is minimal sound leakage, and this comes from the drivers’ ports located on the headset’s driver housing.

The software that comes bundled, needs to be downloaded from Creative’s website and requires activation – a bit of a fuss for nothing really special. The software doens’t really offer all that much, apart from some pre-set EQs which supposedly give you an edge in the games listed (or general category such as FPS games).

I wasn’t really impressed with the software and would have liked to see a little more included or for it to not even exist considering the process of getting it was a little painful. 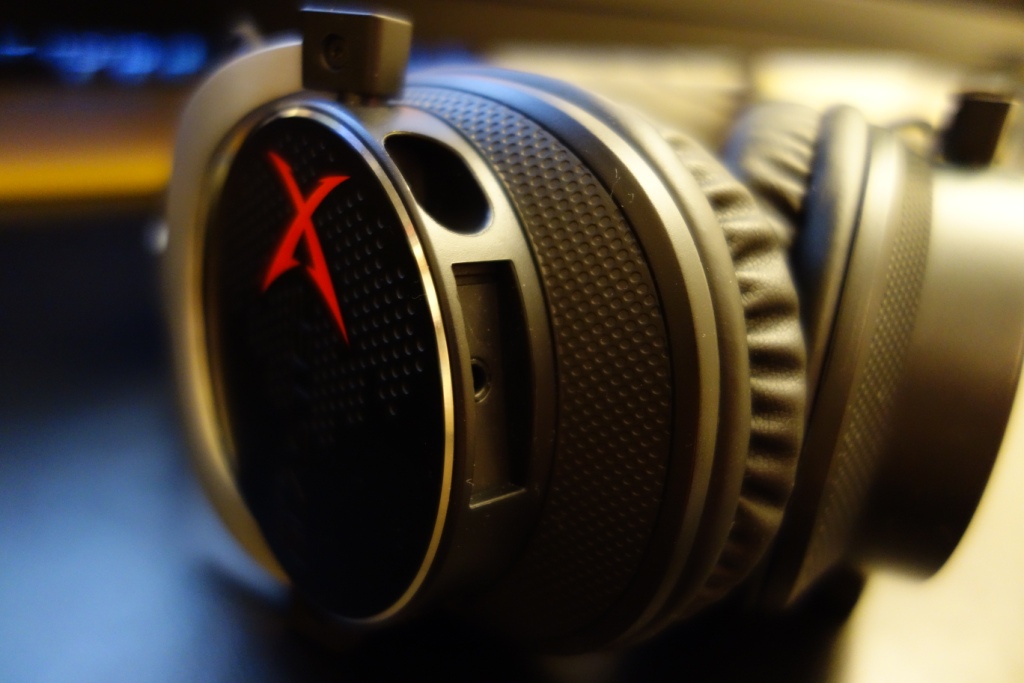 All sound quality tests were done through my phone and Denon X500 receiver.

The sound quality was interesting to hear – whereby I found it decent for normal music listening, albeit not amazing and yet in games found it mediocre at best – this came down to the soundstage, which is a little close sounding, where it lacks width and depth.

Moving on to the individual sound frequencies: I found the lows to have a slight sub-bass extension, but it was unfortunately cut-off in the lower regions. Th mid-bass has a nice slam, whilst also being controlled. I would have preferred it to have a little more bass impact as a headset (as gamers will want to hear big explosions), but as a headphone it’s perfect. As this is a headset and more so something that’s aimed at gamers, I think Creative should have put a little more emphasis in the lows.

The mids are good, despite being slightly pushed back – they produce a nice tonality and a reasonably flat/neutral sounding mid-range frequency reproduction. The mids aren’t too forward nor are they too pushed back  -in my opinion they’re one of the biggest strengths the headset has.

The highs are slightly rolled off at the top end, but do provide a good sparkle and the overall highs presence isn’t sibilant – which is always a plus.

Finally, coming back to its soundstage, I found it to be slightly lacking in width and depth. This would especially concern gamers who are looking to hear sounds coming from various directions. So, despite the instrument separation being decent, due to having a reasonably closed soundstage, the headset isn’t able to really glue together its drivers’ capabilities to full effect.

I therefore feel the overall sound quality is negatively effected by the soundstage – apart from this, I was happy with the sound reproduction, which is fantastic for a headphone, let alone a headset. 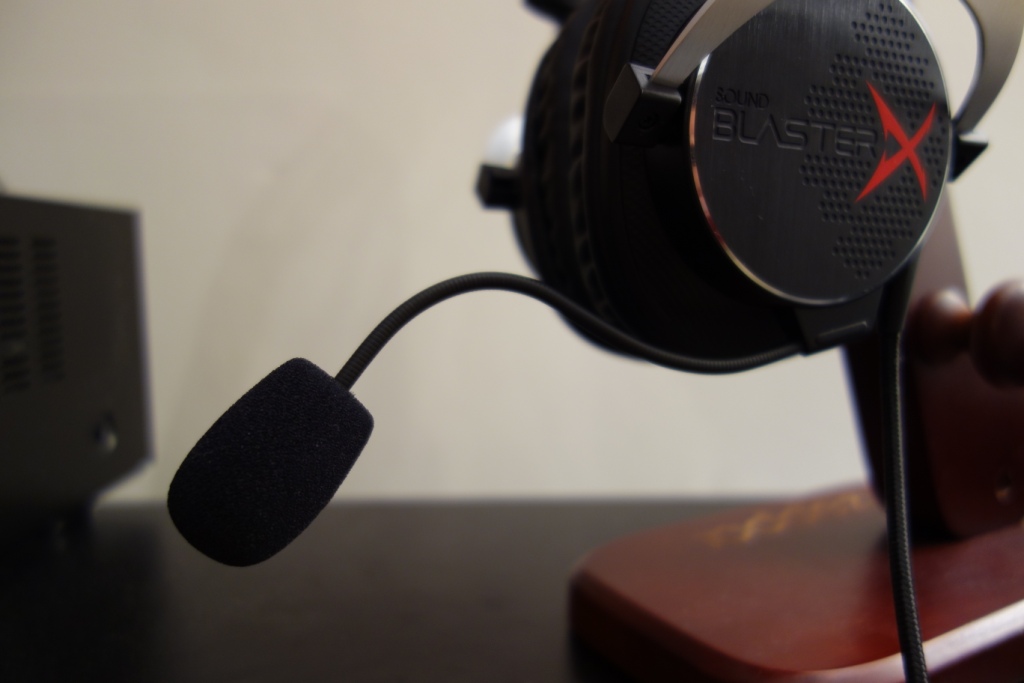 The recording quality of the headset is what really lets the H5 down in a major way. The whole point of buying a headset is that you have both the convenience of having a headphone that has a microphone. Take away the mic and it becomes a headphone, where there’s a far greater amount of competition in the market. I performed my tests through my USB sound card, which I use daily with my ModMic 4.0.

The recording quality was below average, with the sound being very recessed, pushed back and muffled. Without the small foam tip on the headset’s mic, the sound becomes slightly more open and less muffled, but is still pretty poor for a £100 headset. If it was only £30, then I would have understood, but at this price point there’s simply no excuse. To add to my frustrations, the overall recording volume of the mic was significantly lower in comparison to my ModMic 4.0, which I found surprising, given they were plugged into the same sound card, using the same recording levels. 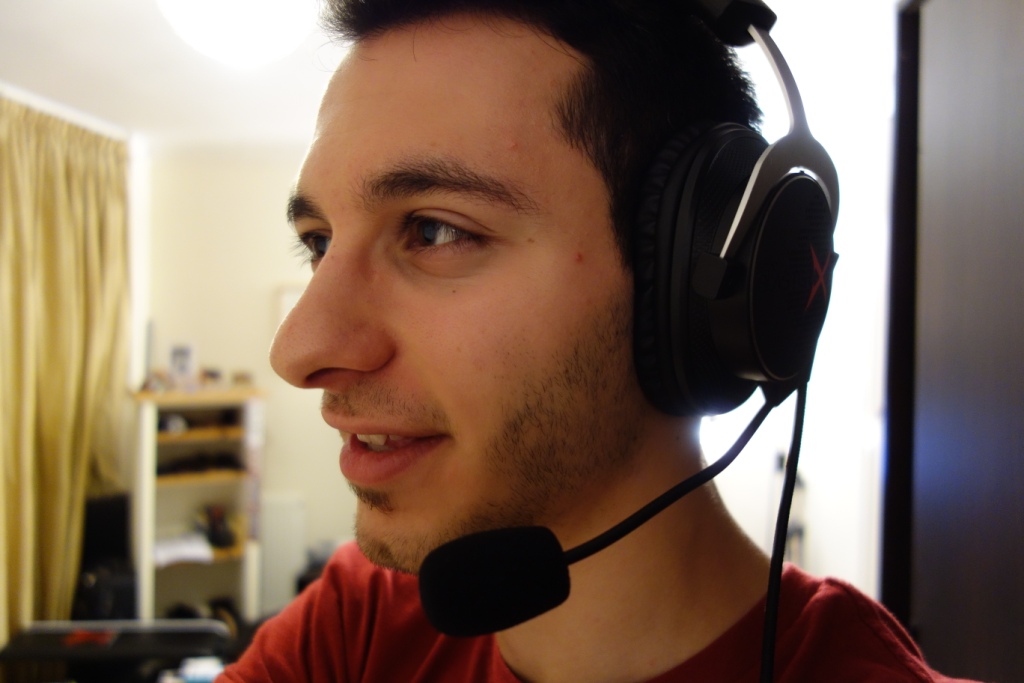 In conclusion, the headset produces a good sound, but for its price, I would have expected a lot better recording quality. Some might not think it’s that important, but as this is a headset and not a headphone, there’s no excuse. As a standalone headphone for music, it’s decent for its price, and I can see myself recommending it at a £80 or so price tag. But for that extra £20, you want a decent mic and unfortunately that’s not what Creative have developed. 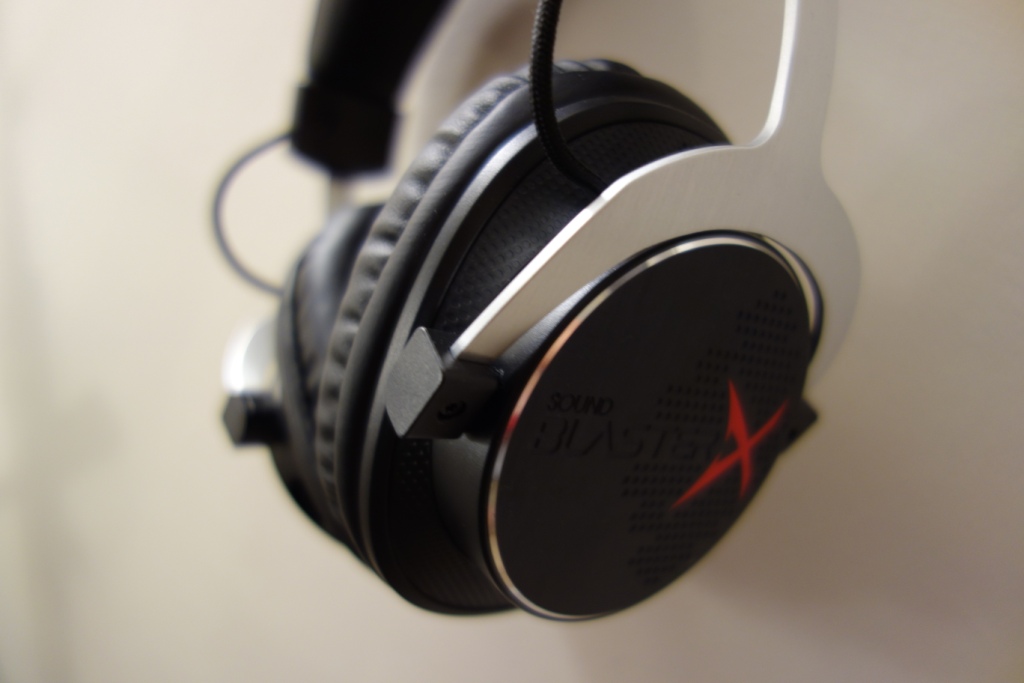 Due to it having a detachable mic, you could always buy a separate mic to plug it in, but it would have to fit, will cost you more and therefore no longer make it a £100 headset.