I’ve always been one to be underwhelmed by headsets, that said recently I have been impressed with what SteelSeries have been offering. However, the sound signature and audio traits of a headset have yet to beat or equal the audio quality of my personal headphones at home, the modded Denon AH-D2000 – this is where I came across the ModMic 4.0, the new and just released revision of the previous ModMic version. 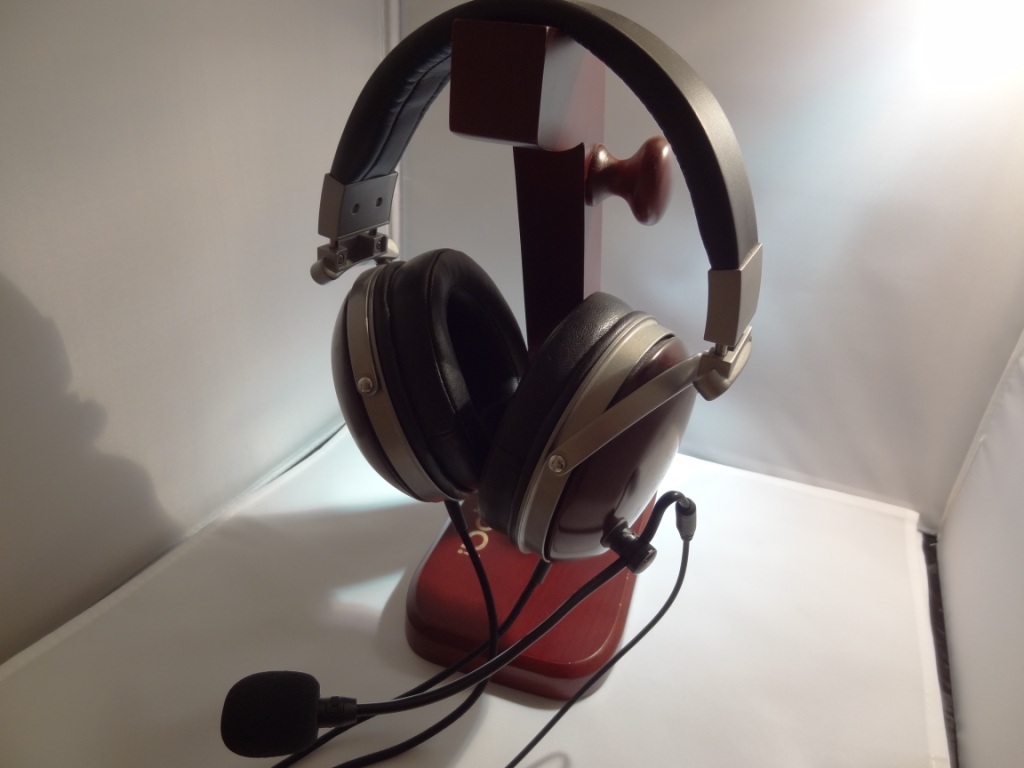 I would like to send a huge thanks to Jimmy (who has been incredibly honest about his products via email) at AntLion for sending me this out for review.
To purchase the mic, you should go directly via Antlion’s website:
AntLion ModMic 4.0

Price for shipping internationally (at least to the UK, is an additional $13, which is extremely reasonable) – you’re thus looking at $50 / £30 at a base cost and $63 / £37 incl international delivery.

Before getting into the review, I should share with you Jimmy’s comments on his own product – these are especially useful for those that have the older revisions of the ModMic, where I haven’t had the chance to review the older revisions:

What I absolutely love about AntLion, is that they’re completely transparent about their product. Jimmy outlined some problems and limitations and even some improvements he wants to make (ie. Not having a pop sound occur when you mute the mic).
This is honestly the first time, in my years of reviewing that I’ve come across a manufacturer, let alone PR agency etc. to outline the problems with their OWN products, before it even reaches me. What this does is gives honesty – you know what you’re expecting and Jimmy nailed the problems and limitations all in his email to me. They are noteworthy problems, but not ground breaking problems. Just little niggles that Jimmy has the intention to fix and improve.
I absolutely love this approach and before receiving this product, it really depicted to me how this was a “personal” product to Jimmy and how much faith he had in his own product. I guess some might say it is derogatory or pessimistic, coming from a manufacturer, but in my review, you’ll understand what a great mic this is, which make the comments just shine upon the company and show how much passion they have in wanting to improve an already great product.

In order to really appreciate the quality and traits of the microphone – I made a video review, which I would like to share with you!

What you get is pretty simple, but it is everything and more than you’ll need for you to use the ModMic 4.0: 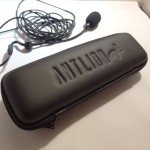 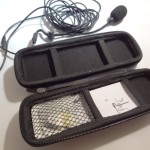 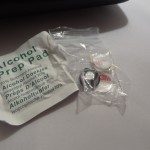 Overall the package contents are perfect for longevity and flexibility. What I loved the most out of all of it (apart from the mic itself) was the carrying case. The case is very strong and extremely useful if you wish to take your mic on the go. Often manufacturers overlook this aspect and I was extremely glad that AntLion didn’t do so on this account.

The build quality is absolutely excellent. What I love is the flexibility, but yet sturdy feel the ModMic 4.0 has to it. The clasp can be adjusted to your liking as well, which allows you to adjust the length of the ModMic 4.0.
Most people will overlook this feature, but for someone that has a set of smaller headphones, it is extremely useful. 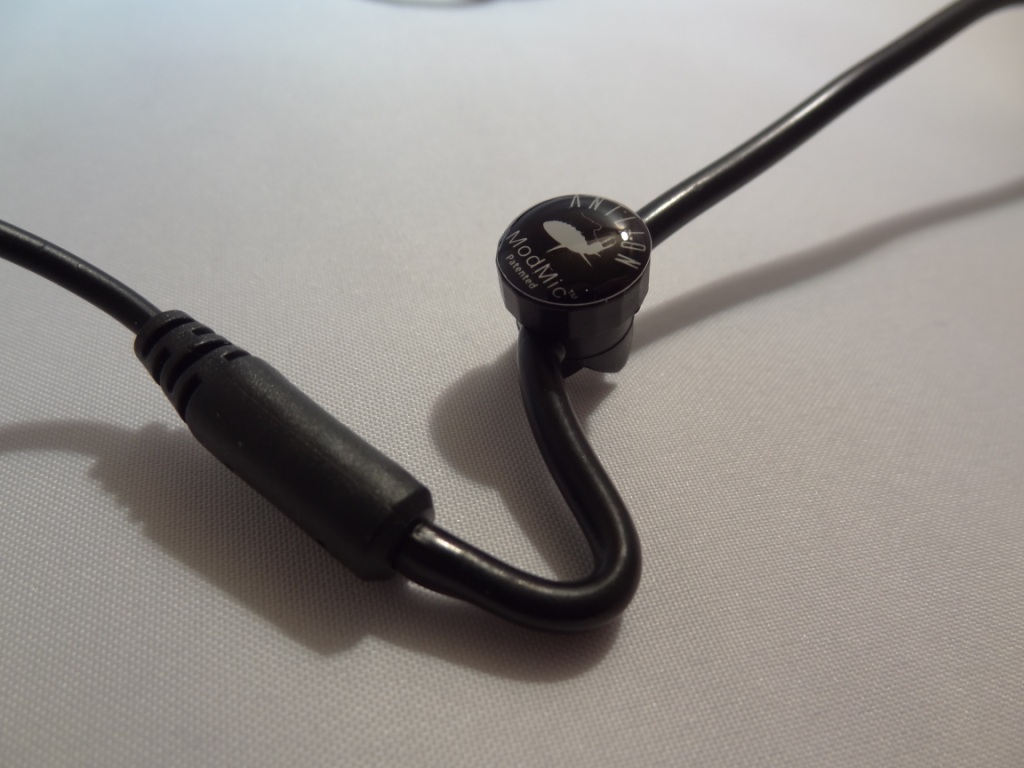 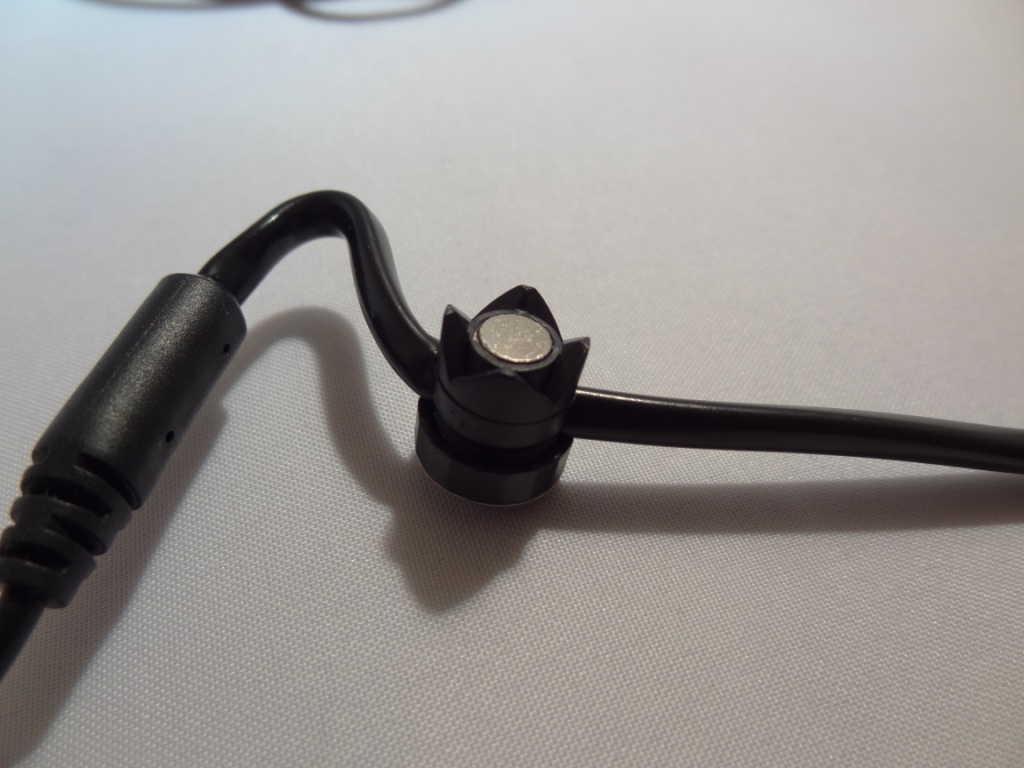 The base clasp itself is extremely strong but yet can be removed with relative ease. By that I mean, I had the clasp on the right hand side of my headphones and then proceeded to remove it to the left side a week later. Removing it was quite tough, but it was possible – what I liked is that it didn’t leave any residue behind, nor damaged my headphones in any way! 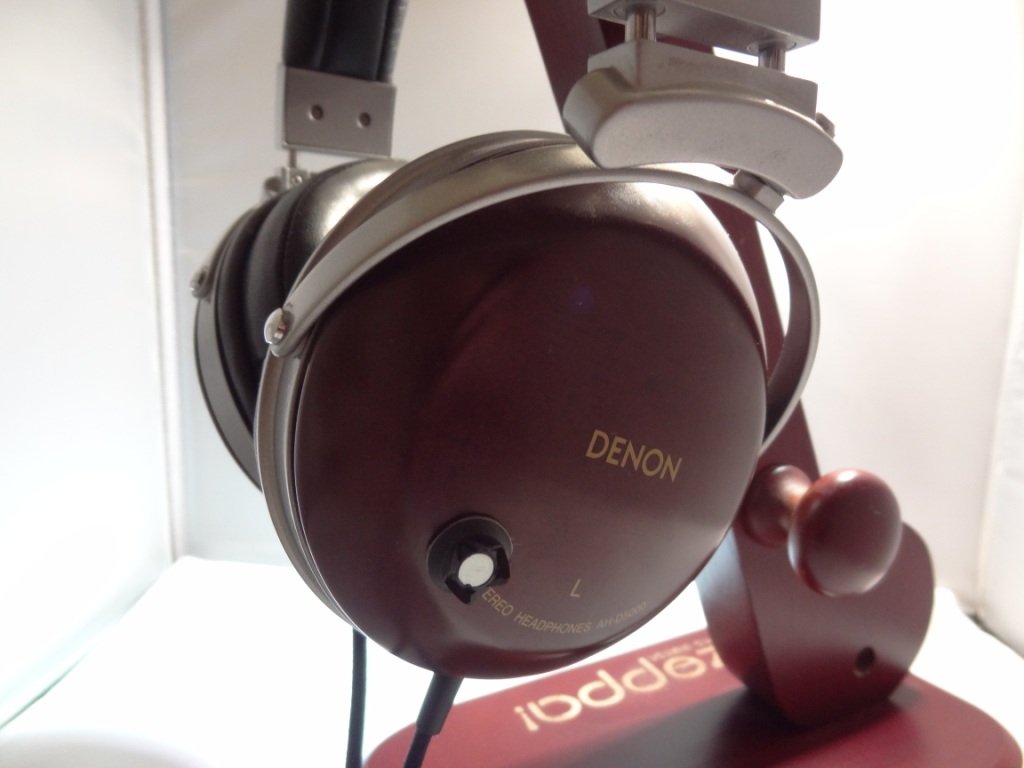 The magnet on it, and the one on the other clasp on the microphone itself works like a treat. The design isn’t made to look cool, but has a functionality. The functionality is quite simple, it allows the mic to be flipped up and remain in its position, or be flipped down near your mouth. Hopefully the images below, or my video depicts that image I’m trying to convey better! 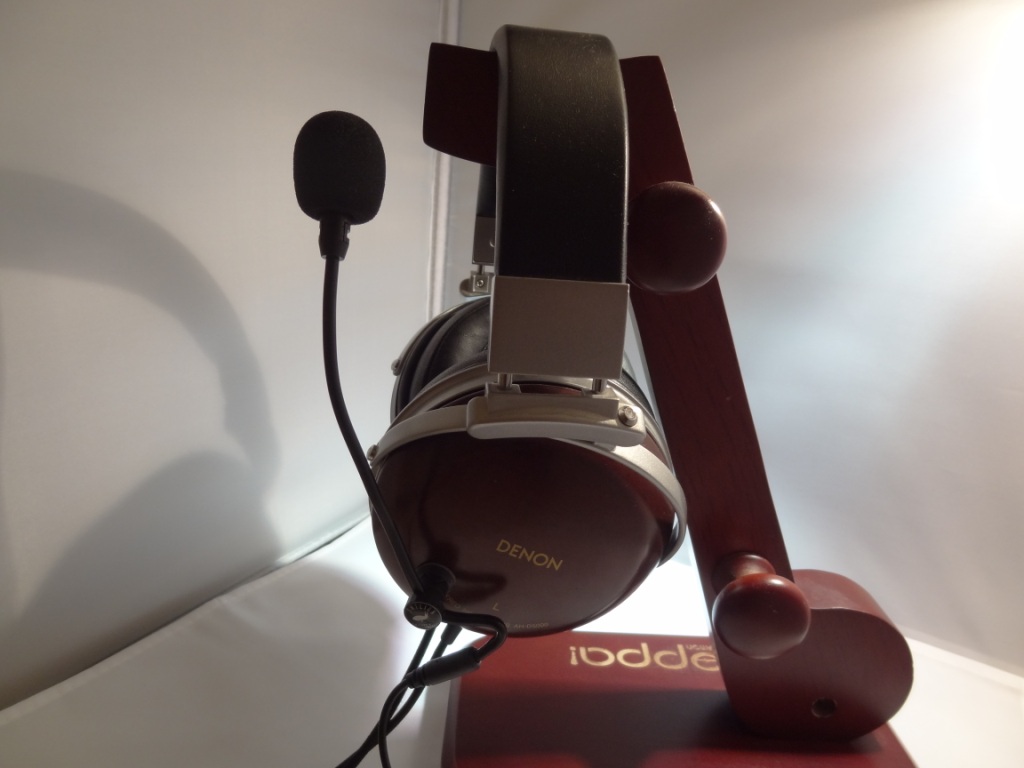 The microphone end itself is well made and furthermore is protected with a small foam bit at the end. The small foam can be exchanged if needs be with any other foam tip if it gets dirty. That said, after having an Xbox360 headset for over 4 years, I’ve just simply had to wash it out once and that was an extremely simple job.

Moving unto the wire itself – it is very long, which is absolutely excellent for people that have their PCs a little far away from their desks. I love the extra bit of wire, as it gives me a lot of flexibility and movement whilst sitting and moving around my desk/room.
The wire itself is terminated with a straight 3.5mm gold plated jack, which is ideal for desktops. 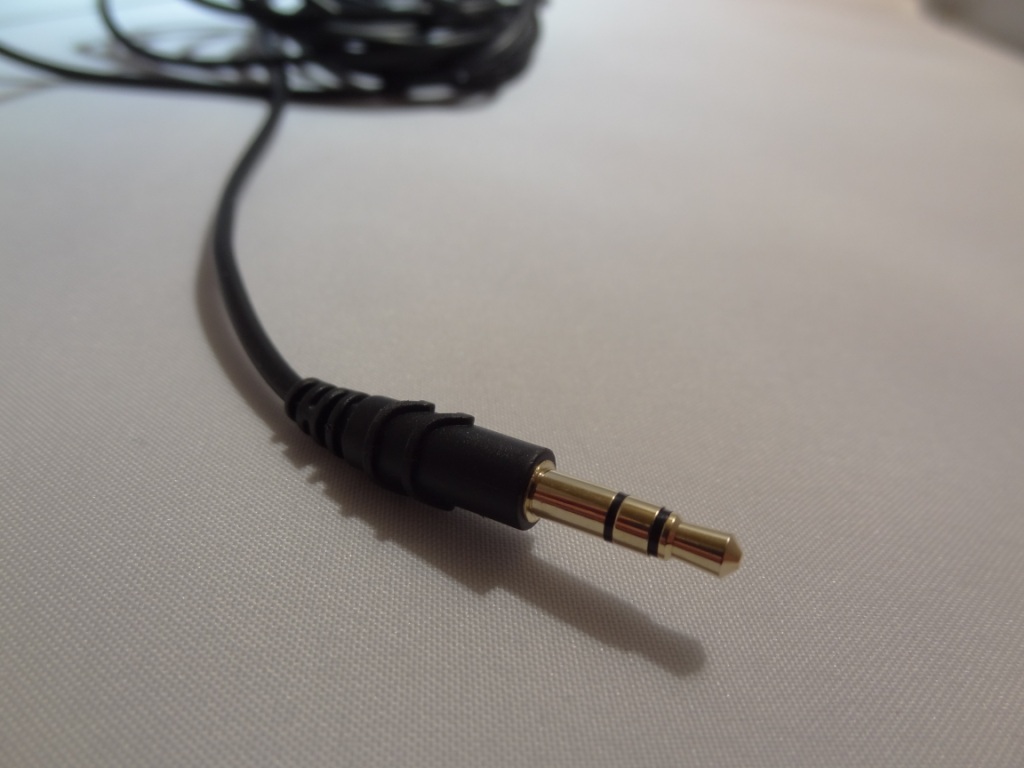 Finally, the wire has a small slider which mutes the microphone. The only problem with it is that it causes an audible click to the recording – this is something Jimmy is aware of and is trying to rectify it somehow. In fact he even described it as one of the weakest points of the whole mic design, which is something I would agree on. I feel that the mic mute slider could be improved, but as far as functionalities goes it does exactly what it is supposed to do. 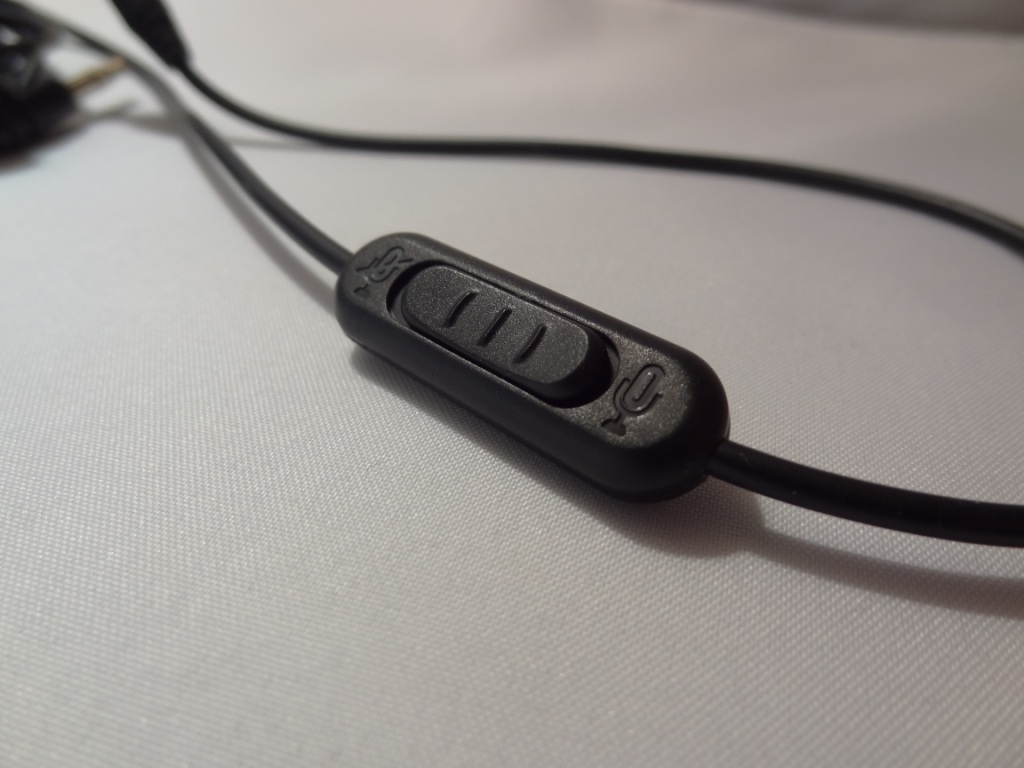 Overall, the build quality of the ModMic 4.0 is absolutely excellent. It is well thought out from top to bottom. Despite it having some niggles here and there, for a £30 piece of audio technology, it’s outstanding. I love the clasp design more than anything – really well done.

Now the recording quality is something that’s very important, as that’s the primary reason you’re buying a mic. This is where the microphone is really dependant on YOUR SOURCE (yes CAPS are needed). The reason I mention this is because I noticed quite a lot of static on my PC, which is using the crap on-board of my Asus Z77 Sabertooth, versus my mother’s PC that uses a Xonar D1 soundcard.
For your information: I don’t have a soundcard on my PC, as I use optical out from my motherboard to my Denon AVR-X500 receiver – thus by-passing any sort of audio processing on the motherboard to my receiver. However for recording, this isn’t the same principle – as I have to use my motherboard’s input for recording – and this is where the Modmic 4.0 falls short.

An update: Bought this £1.39 soundcard (yes cheaper than a bottled drink) – And it solved all my static soundcard problems!

A video of the fix can be seen here: 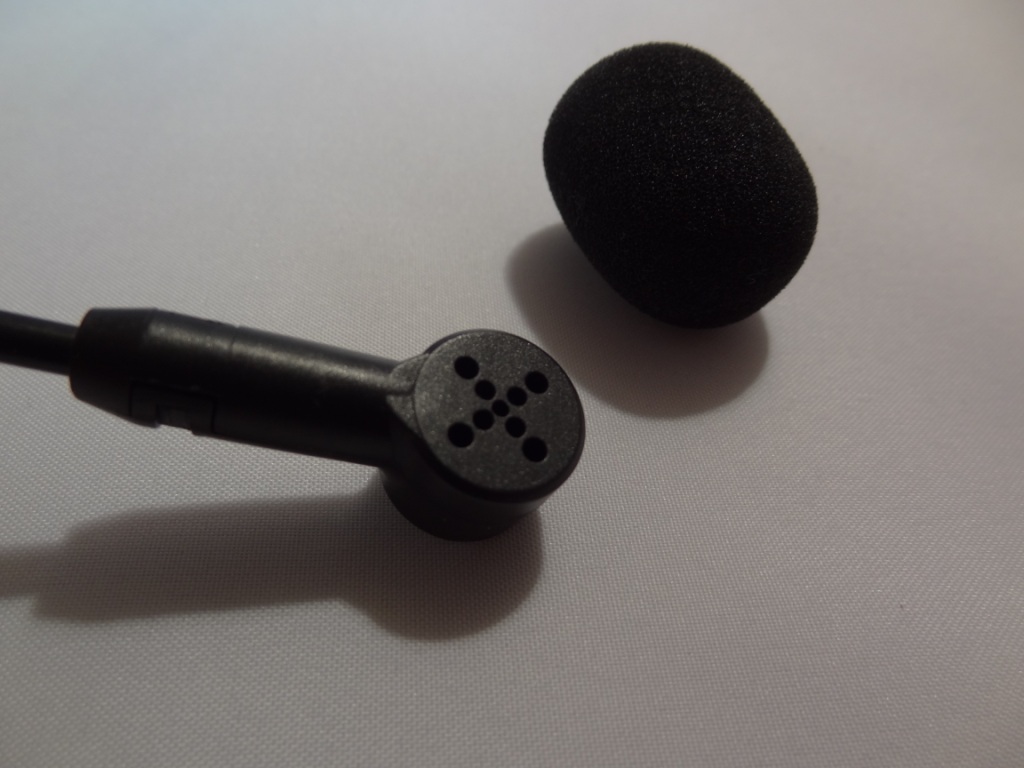 The ModMic 4.0 can only do as good as what you give it – which is a given, but that means it isn’t like a USB microphone that is almost independent from the on-board recording quality, which causes static. I can’t quite stress how important soundcards are on PCs, yet some people on the internet *cough* TekSyndicate *cough* think otherwise, as they’re narrow minded individuals.
A soundcard plays a huge part with audio processing, and in this respect, you’ll be able to see a huge difference between on-board vs soundcard – via the ModMic 4.0.
So what does this mean?
Well unfortunately, to really use the ModMic 4.0 at its best quality, you’ll need a soundcard or some sort of on-board sound that’s above the rest, and thus doesn’t cause static.
Is it a problem?
It is indeed as you have to make an additional purchase or need to fit it into your PC – however, a soundcard as cheap as £25 would suffice. Something like the Asus Xonar DG / DGX will be more than enough. All you need the soundcard for is to split the audio processing from the motherboard, in order to give you that crystal quality. 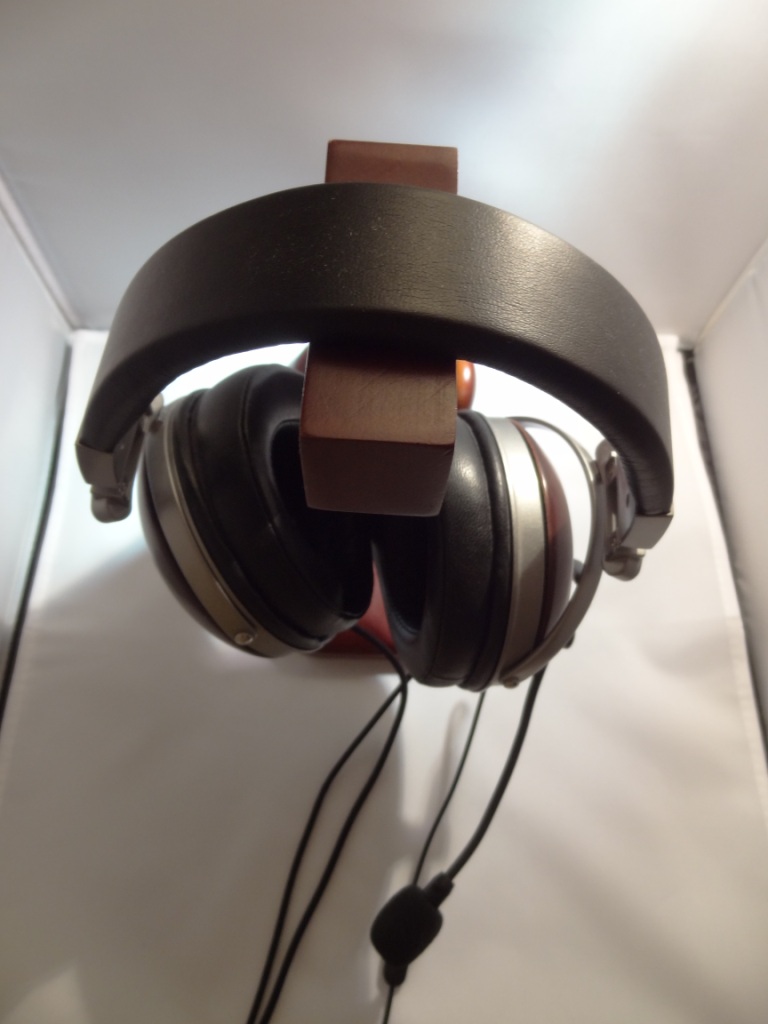 Thus, what happens when you got a soundcard?
The quality you get is absolutely excellent – to the point I would say one of the best headset mics I’ve come across. As an overall package, in terms of the low, mids, highs and its noise cancellation, the ModMic 4.0 delivers extremely well.
Thus when I plugged in the mic on my mother’s Xonar D1, it was crystal clear, with no present static noise. It came tot he point where I thought of buying a Xonar DGX in order to cater for the ModMic 4.0 – I unfortunately don’t have space in my PC to cater for it, thus I’ll have to live with the static noise.

I should mention, this section on the soundcard, as far as I’m aware was completely overlooked by other reviewers, which I find extremely disappointing and sloppy.

Overall, the ModMic 4.0 does a great job in its recordings. I was really impressed by it and as someone that reviews audio products and is quite critical about them – I can safely say I love the ModMic 4.0’s sound quality. 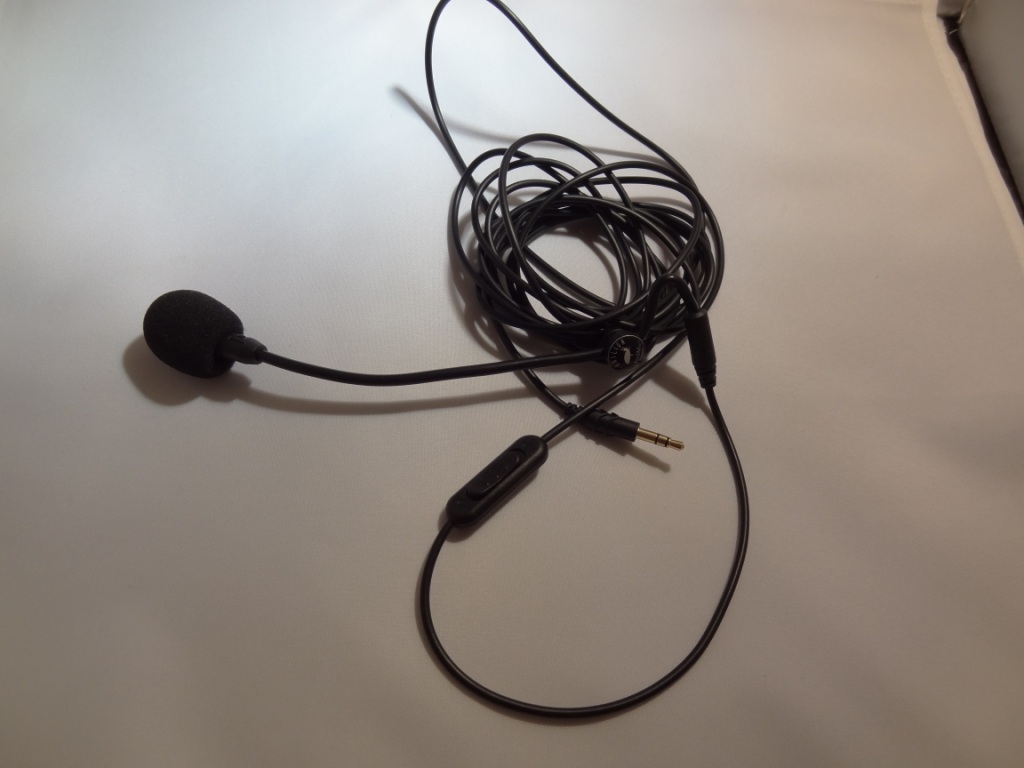 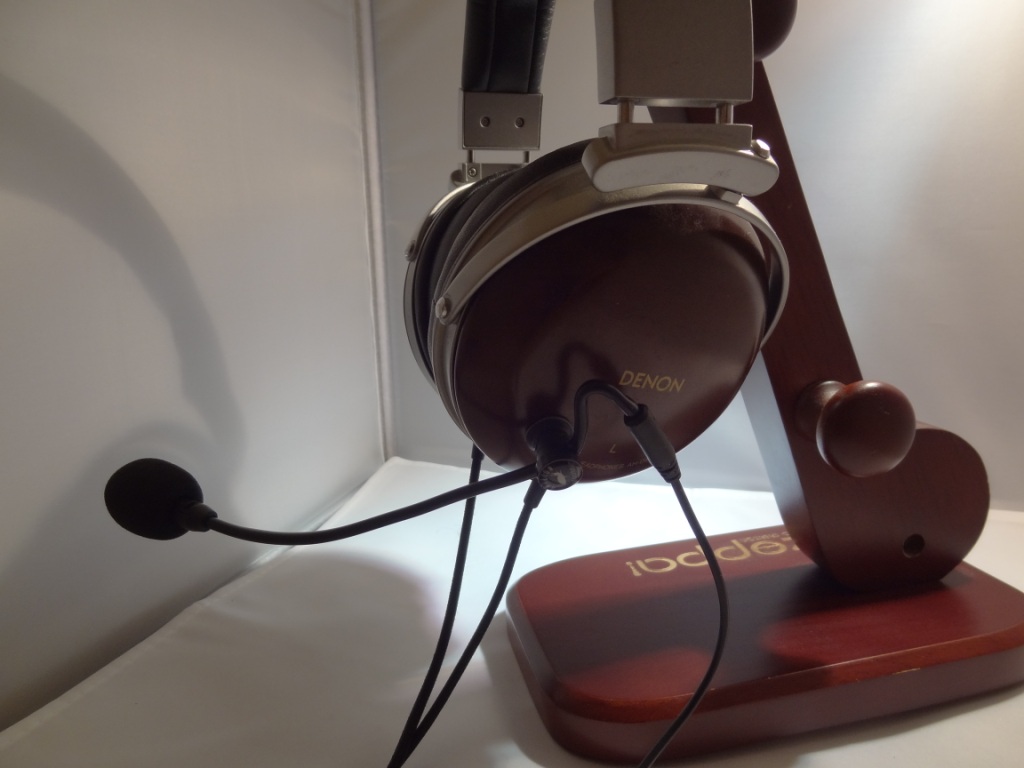 Overall, I was extremely pleased with the ModMic 4.0! I really enjoyed using it and will continue to enjoy it when speaking over Skype with my cousin. I won’t be using it for recordings though, due to the static noise that’s present on my PC – but if I were to get a soundcard, then I would use it for everything, including voice-overs. I can understand where this could get criticism, but in all honesty you can’t expect a Lamborghini to do its top speed if you’re going to put a set of cheap tyres on it, not give it the right petrol nor the right driver. The same principle goes for the ModMic 4.0 – it needs a good output recording source, in order to get a good recording quality.
I thus highly suggest the ModMic 4.0 to everyone – and would definitely check it out, if you’re looking for a microphone that has a great audiophile quality at an extremely affordable price.

Hope you enjoyed the pictures & my review/overview!
–TotallydubbedHD

2 thoughts on “AntLion Audio ModMic 4.0 Uni-Directional Review – Transform your headphones into a headset”