I first of all would like to thank Oliver at Epiphany Acoustics for selling me the EHP-O2D at a reduced reviewer discount price. I purchased this Amp/DAC combo after wanting a something better than my soundcard (at the time it was a Asus Xonar D1, which has now been replaced with the Xonar DX on my new 2012 built PC) for my headphones. I did quite a lot of research whilst thinking about DAC combos and the EHP-O2D not only caught my eye due to its capabilities, but also due to the fact that it was built based upon NwAvGuy’s specifications.

The EHP-O2D can be directly purchased from Epiphany Acoustics.

To see my initial impressions and my unboxing video – Click here

The EHP came with a simple box, where there was its adapter included (and a black extension cable), a USB cable to connect it up to the PC, a 3.5mm to 3.5mm wire and 4 sets of rubber stickers, that can be affixed at the bottom of your EHP. 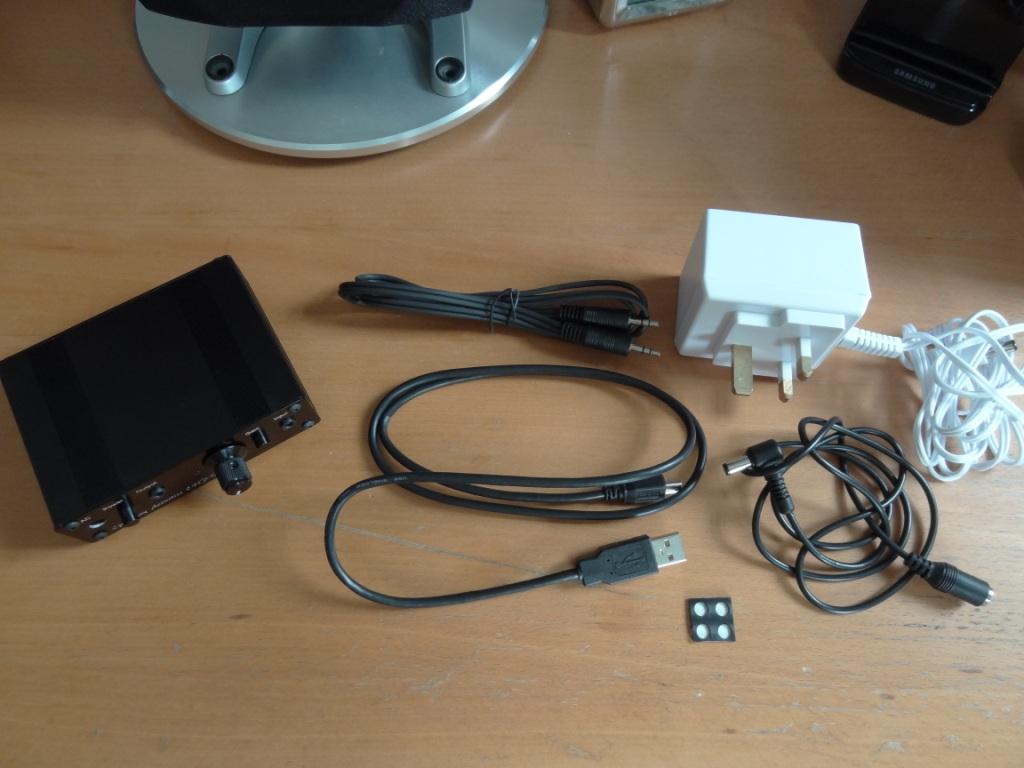 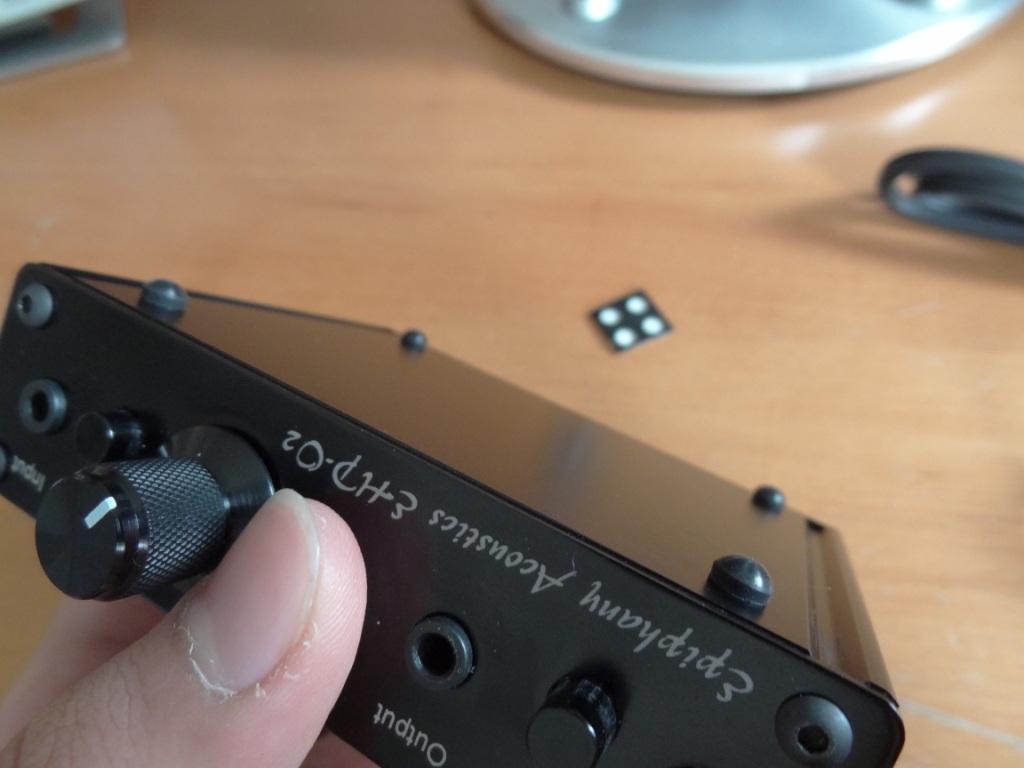 The build quality of the EHP-O2D is brilliant. The internal components are enclosed by a black painted metal surrounding. The front panel has the AC power input, the power switch, the output and input jacks, a gain button/switch and a volume knob, that has grip on it, in order for you to easily turn the volume. At the back of the device, the USB port can be found, where it can be connected to your PC. 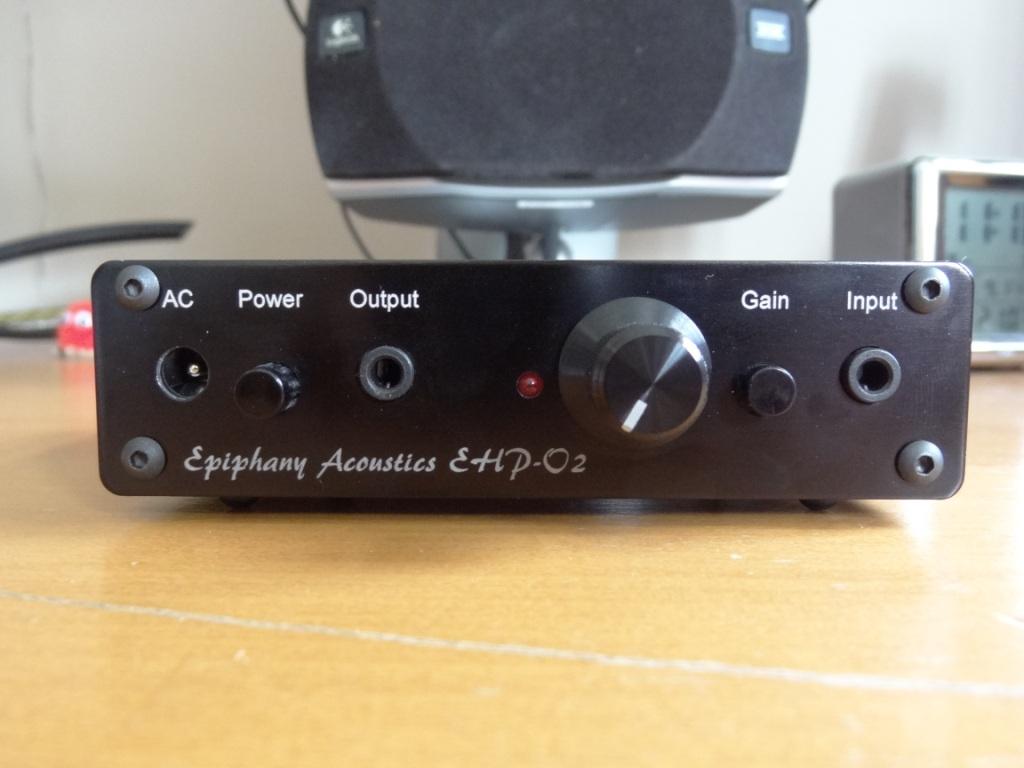 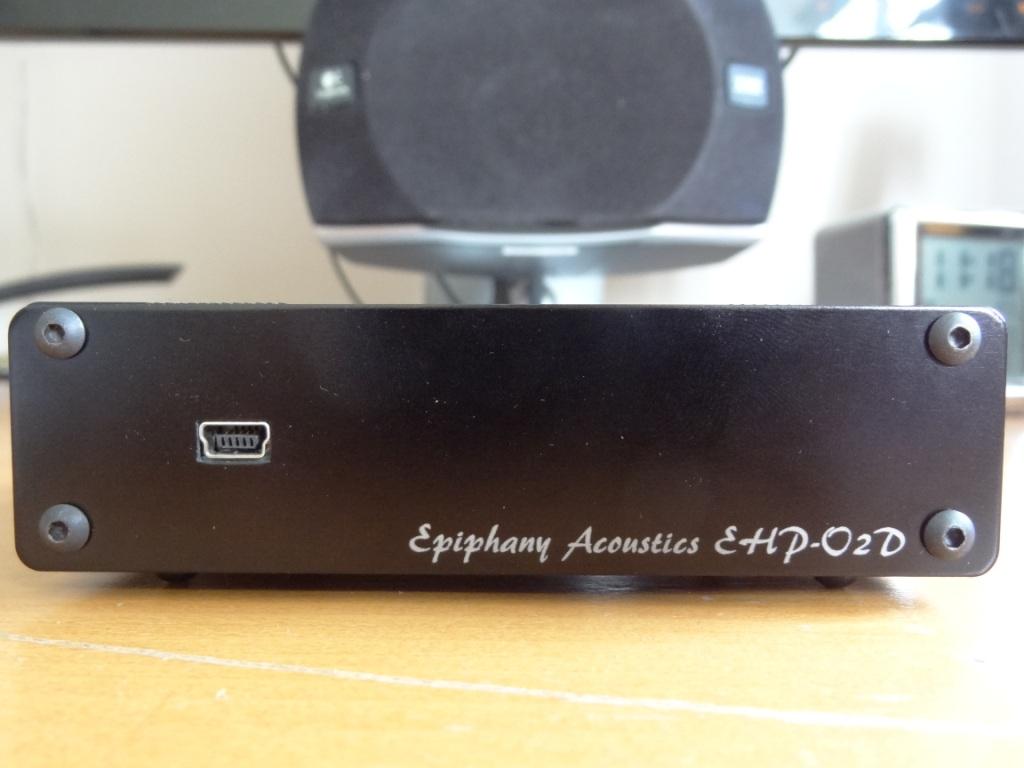 It is also an extremely small device, relatively speaking, which means it can sit anywhere on your desk and not be intrusive, unlike some other desktop amps that are extremely huge.

The build quality is thus top notch, after several months of constant use and even with a few things accidentally dropping on it, not a single scratch nor dent can be seen in sight. It seems to be built to last and to remain a beautifully constructed device on your desk.

I personally also love its look, there’s just something about it that denotes the word “cool”. It just sits there not asking for much attention, but when you do give it some attention, by plugging in your headphones, it will steal your attention extremely well. 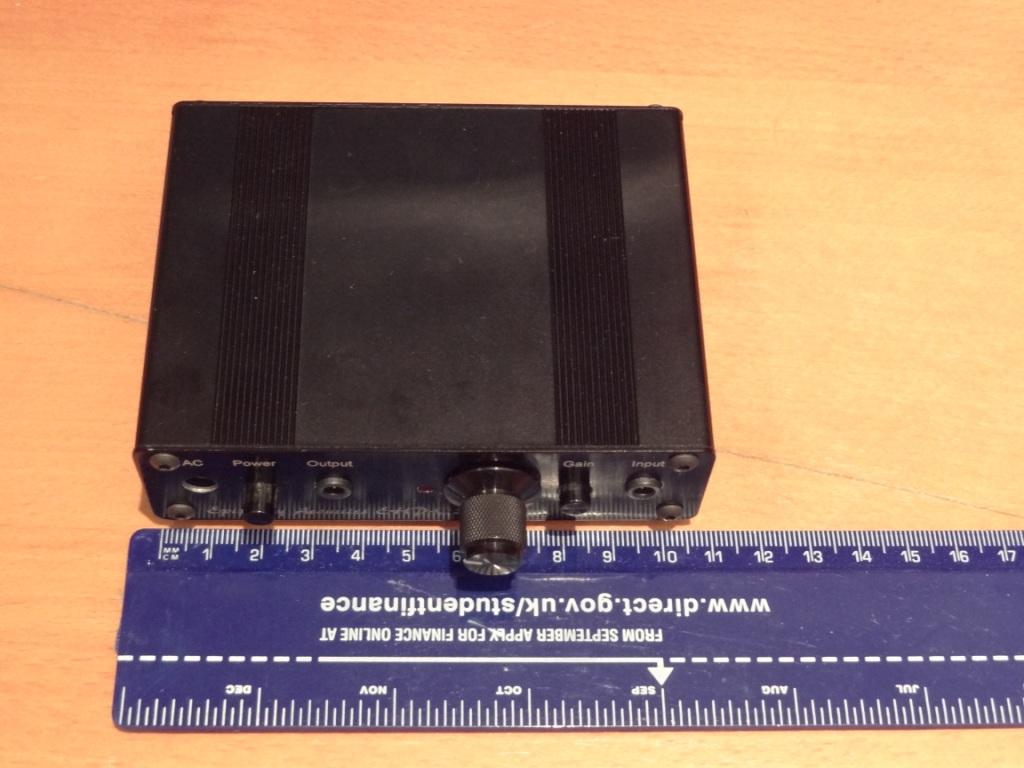 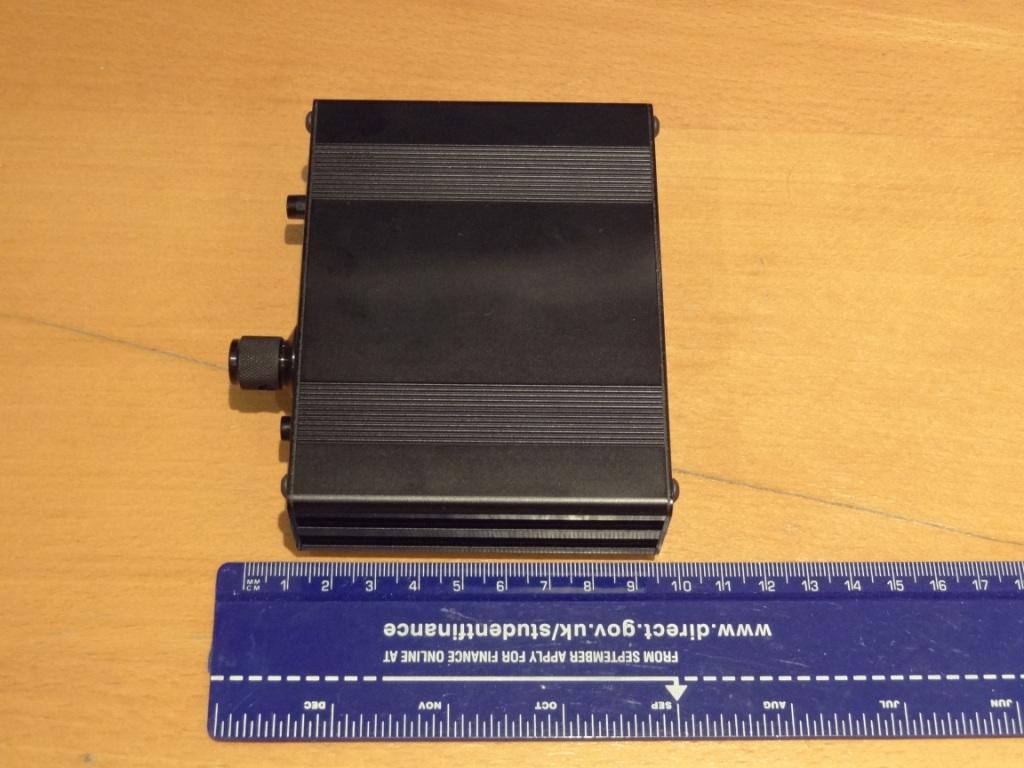 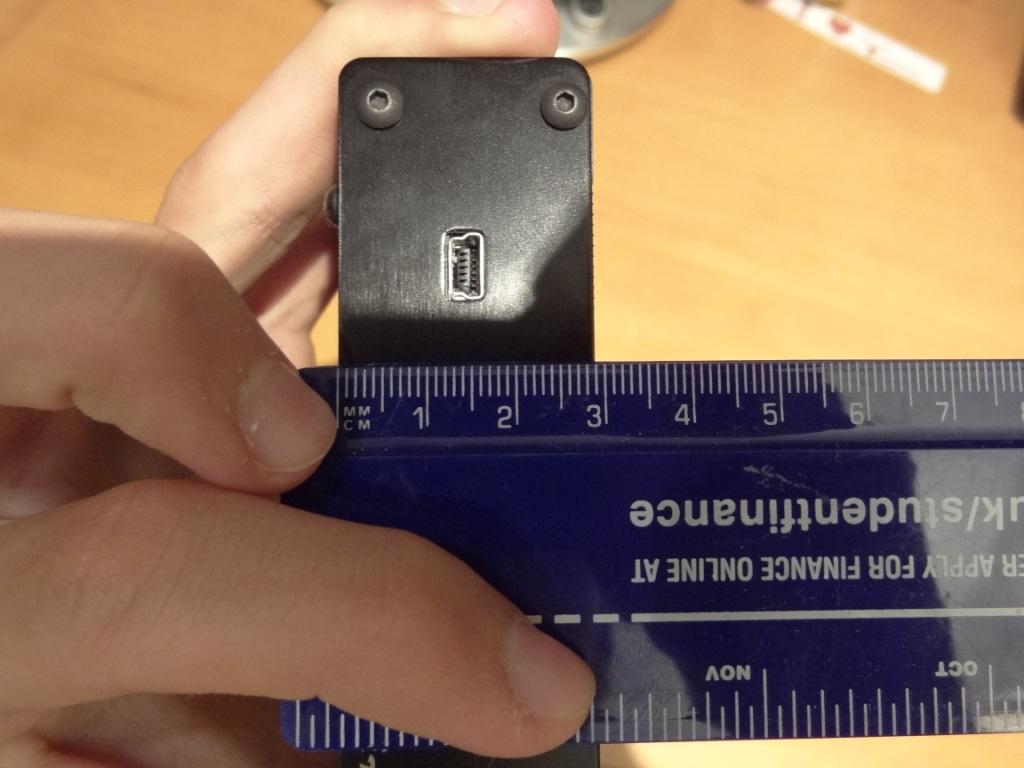 Functionalities and Ease of Use

The functionalities are very simple. You can use the EHP-O2D in two manners:
-As a headphone amplifier, by passing a signal via the input jack and thus through your output jack receiving the amplification. 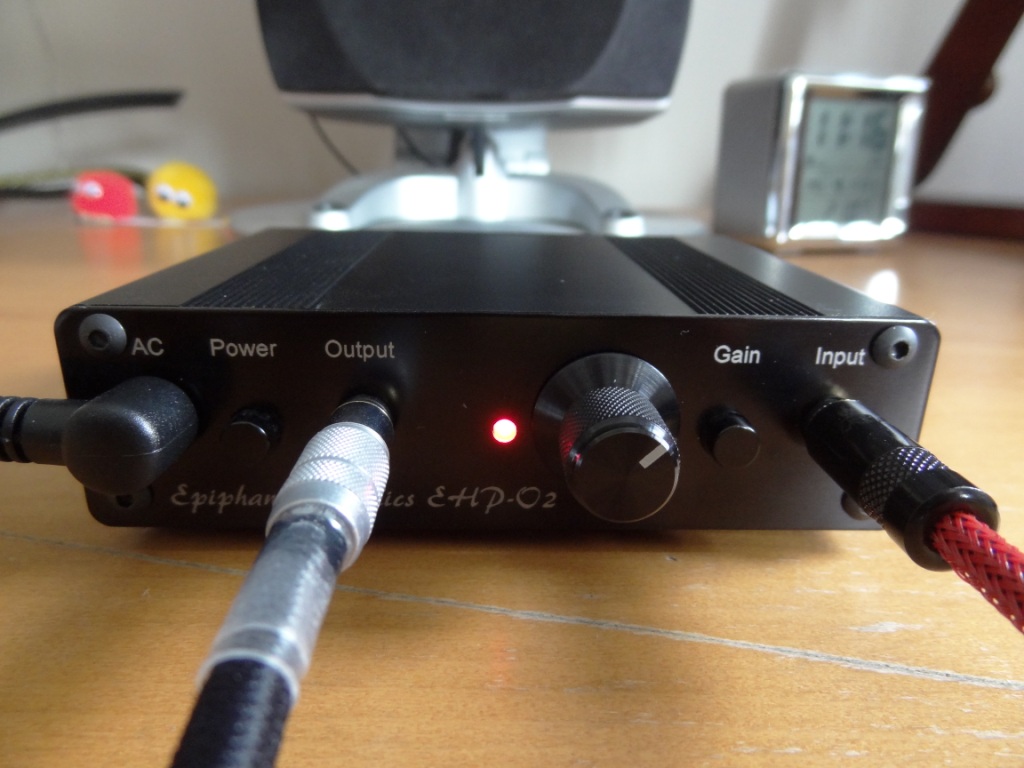 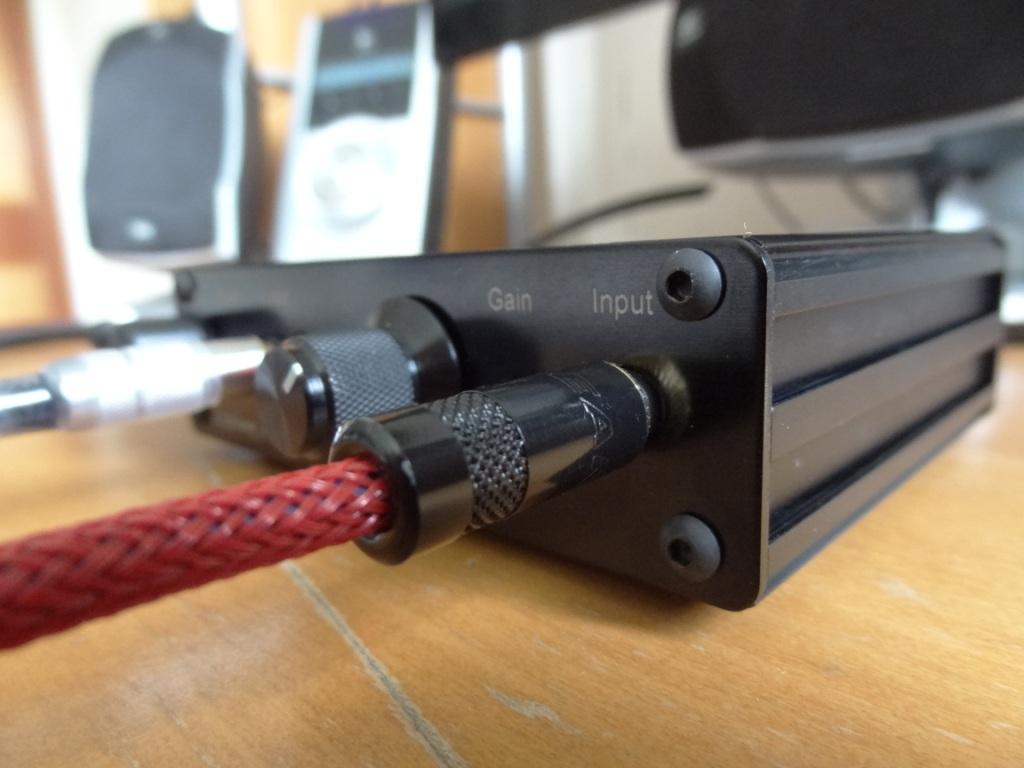 -As a USB DAC – as this is the “D” version, thus the DAC version, it also sports the USB DAC functionalities which allow it to bypass your soundcard, or on-board sound on any USB DAC capable device (like the Samsung Galaxy S III) and use its internal amp to provide you with a superior music reproduction. 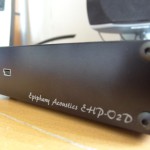 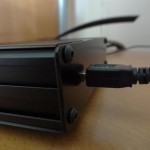 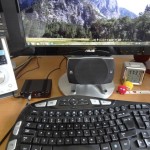 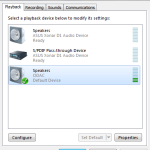 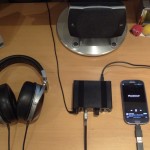 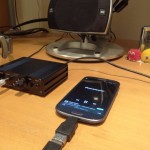 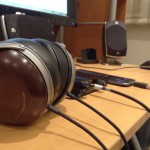 In either mode, the gain can be adjusted from the EHP-O2D itself. When the gain switch is not pressed, it is in low gain mode; however when the button is pressed, it goes into high gain. The volume can be adjusted accordingly in both low and high gain settings, which allows it to be extremely quiet for low level listening and extremely powerful in driving high impedance headphones/earphones, such as the Fischer Audio FA-002W’s. The EHP-O2D, at an audio meet had no problem driving any headphone I threw at it – each and every single headphone was more than loud enough (and that was in a relatively noisy environment) – thus this won’t have any problem driving those extremely high impedance headphones like the Beyerdynamics.

As for the ease of use, it is extremely easy as plugging and playing any USB device. Once plugged in, into my Window XP & 7 PC, my PC picked it up straight away and installed it immediately as ODAC. It was as simple as it sound, there was no drivers to be installed and the EHP-O2D appeared in my Windows sound options.

Overall, the functionalities and ease of use score top marks, as it is simple and intuitive to use and more so functions very well. 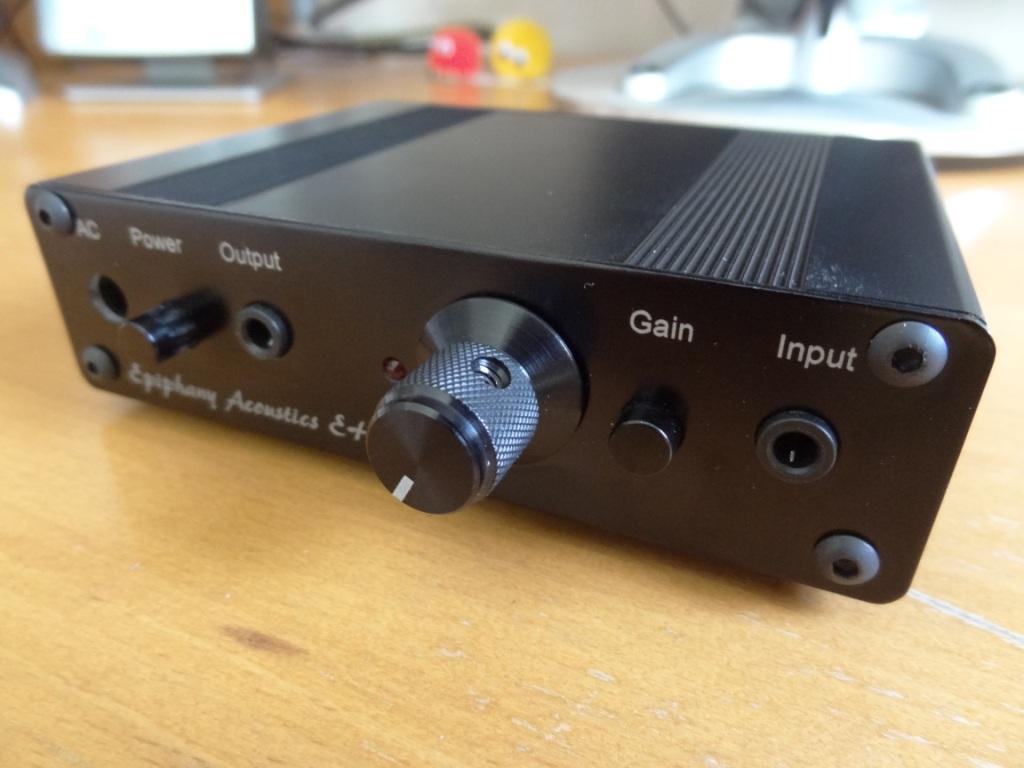 The sound quality is one that is always hard to judge with an amp – but the EHP-O2D made me realise what I’ve been missing all these years, especially via my Asus Xonar soundcard.

The sound that the EHP-O2D provides is almost perfectly transparent and sounds like it adds clarity to your audio. This is something that I had rarely come across before as it made me enjoy my music more than I had done before. This is something I had only ever experienced on the go with my DigiZoid ZO2, however that “fullness” of sound wasn’t exactly transparent and thus the ZO2 had a warm sounding tone to it. The EHP-O2D, in my opinion is in a different league. It produces music so well, that only several hours of listening to it, and then going back to what I used to listen to made me realise how good the O2D was. This also doesn’t only apply with music, but with games as well, such as Battlefield 3 on the PC. I know can hear footsteps, explosions and gun fire at a much clearer and better quality than I could before.

Thus the sound reproduction is almost perfectly transparent, but there is a slight dip in the mids. This wasn’t apparent at first, but after comparing the EHP-O2D to much more expensive amps out there, then I could hear an extremely small dip. This isn’t something one would hear at first, but something that would be heard after VERY CAREFUL analysis of an expensive dedicated amp, versus the O2D. By expensive I’m talking about a £300-1000 dedicated amp (with no DAC functionalities). So, is it perfectly 100% transparent? No, but is it up to 95% transparent? Yes.

This gives you an idea why it is so popular among audiophiles and audio enthusiasts, as at the price point the EHP-O2 comes in, let alone the DAC version, it blows most of its competition straight out the water. More so, it is incredible that at this size, it can amplify, without any sort of distortion (in any frequency) your source. In other words, putting a bass heavy track, then going on high gain, and max volume, causes 0 distortion. In fact I was scared that, that strong signal would blow my headphone’s drivers out, as it was so loud, but yet so clear and transparent, that it completely made my jaw drop. Normally amps at that sort of volume would start distorting at some point, be it in the bass or treble – but this amp, wasn’t having any of that distortion business, and provided a clear reproduction at any given volume. 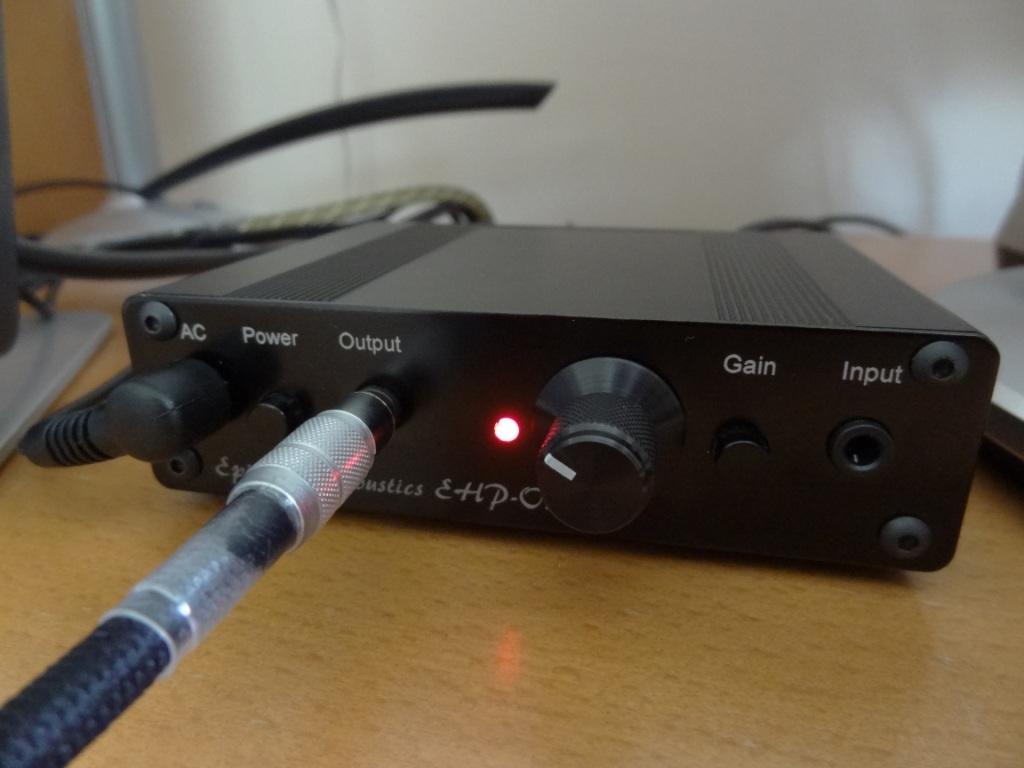 Now going into the DAC functionalities, as you can probably imagine from my description above, that it destroys my Asus Xonar D1/DX – that would be an assumption of yours, but a very precise one. I feel sorry for myself, for listening all these years to my headphones and earphones, either through my Asus Xonar D1/DX or my Logitech Z-5500 headphone jack (which in turn is plugged into the soundcard). I can’t listen to my music via my headphones without it going through the EHP-O2D and more so all I need to do is a quick flick of default devices in my Windows sound properties, and I’m in audio bliss with the O2D. I absolutely love listening to my music at night and sometimes put on the excuse in my head saying: “It is late at night, maybe I shouldn’t disturb anyone 9dispite it actually not being late, and everyone awake) and thus I’ll listen to my Denon AH-D2000’s with my EHP-O2D!”

Overall, what can be said of the audio quality you are receiving, is close to audio perfection. At this price point, with this device, I can’t see anyone complaining for any given reason. A solid 10/10 (something I have almost never give, unless it is exceptional), to a very much worthy device constructed by Oliver at Epiphany Acoustics.

The question here is, why are you still reading? Go out and buy yourself one, just like I did. Seriously it’s worth it. If I haven’t made that clear enough in this review, then I can’t quite emphasise my love for this device in words.
I utterly enjoy using this device, but not only because of its sound traits, but its overall package. The look and feel, the small design, the easy functionalities, and last but not least Oliver himself at Epiphany Acoustics, who provides very fast and friendly customer support (something that in fact is rarely found these days).

The only thing I can think to critique the package received is the overly large WHITE power adapter  I would have preferred it being black, but that doesn’t really matter as it isn’t seen (as you can use the power extender), and the USB cable being a little on the short side for me, which again is being extremely picky, as one can easily change the cable!

Top marks to Oliver and his company Epiphany Acoustics for providing us in the EU and the UK a fabulous product!