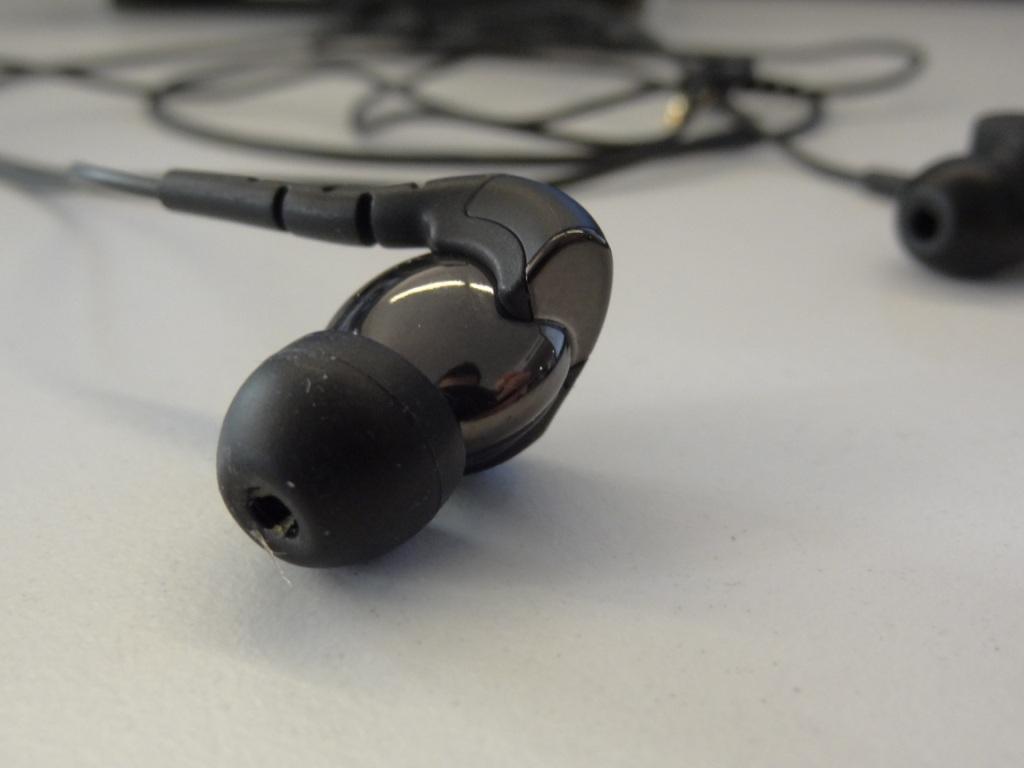 My work colleague bought the EX510’s after my recommendation. I had previously owned the EX500’s and found them in being one of the best sub £50 earphones – So I logically thought, that the EX510’s were going to be the same. These EX510’s cost 50€, which is around £40. So, they do still remain sub £50, but the question is, do they match the EX500’s and their legacy?

Let’s get into the review and find out!

From the packaging, and accessories that were provided with the EX500’s (close to none), I wasn’t expecting a great deal of things from the EX510’s – how wrong was I, and to be joy was it when I opened the package, and saw not only a case, but a sleuth of tips, and even for the additional touch, a cable tidy management “clip”!
The accessories of the EX510’s were clearly better and very good for a pair of £40 earphones. You often don’t get these accessories in higher end earphones, let alone cheaper ones. So it was nice to see that Sony, was paying attention to detail.

There are quite a few tips, and almost half of them (S, M, L) had an extra foam-esk lair inside, meaning the tip would be a little harder, and in theory provide a little better isolation. It’s nice to see Sony trying to incorporate different styled tips – a nice touch I found.

Now the case…I don’t really know what to make of it – it definitely isn’t a carrying case, due to its huge size and bulky design – however can be put in a bag of some sorts. I found the case was more of a luxury to have when at home, and wanting to store your earphones somewhere. So out of my only complaint on the accessories, it would have to be the “carrying case”, which is just bulky and not really necessary. If Sony had included a nice soft pouch, it would have been better not only for portability but also for the general public, to put it in their pockets 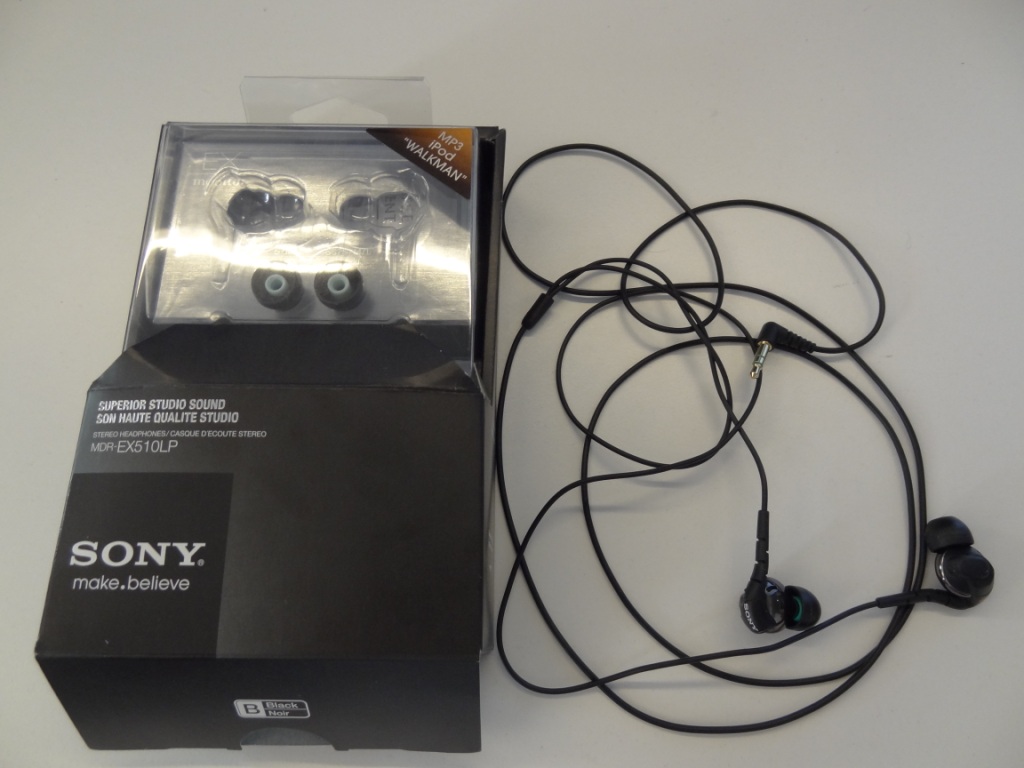 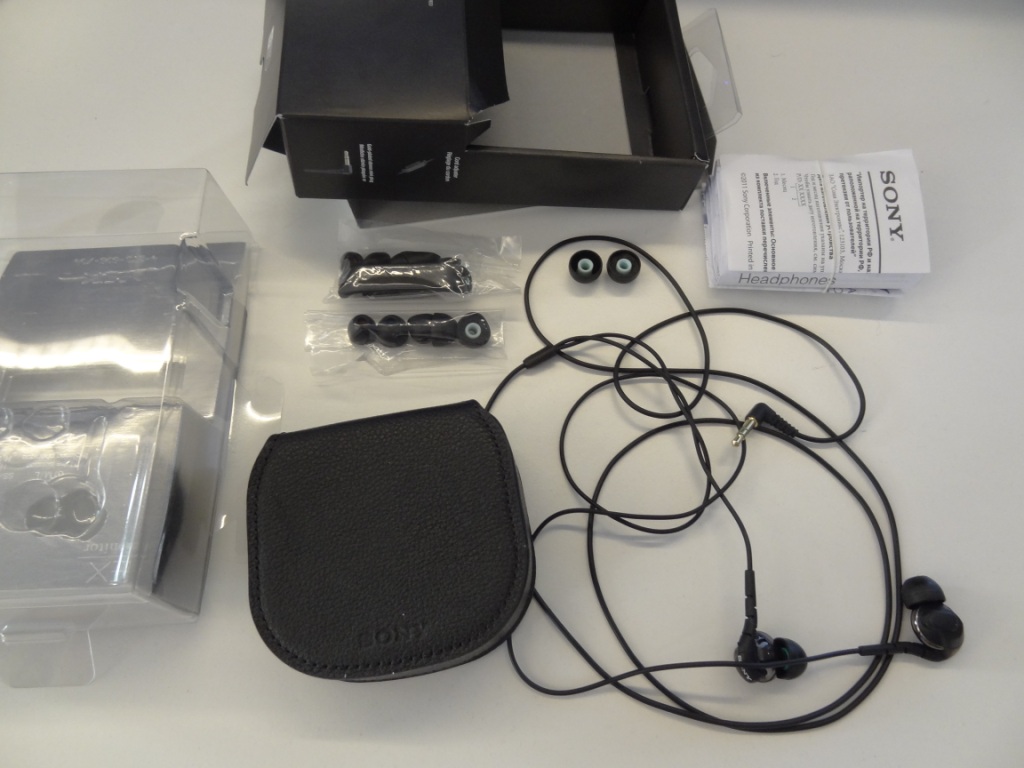 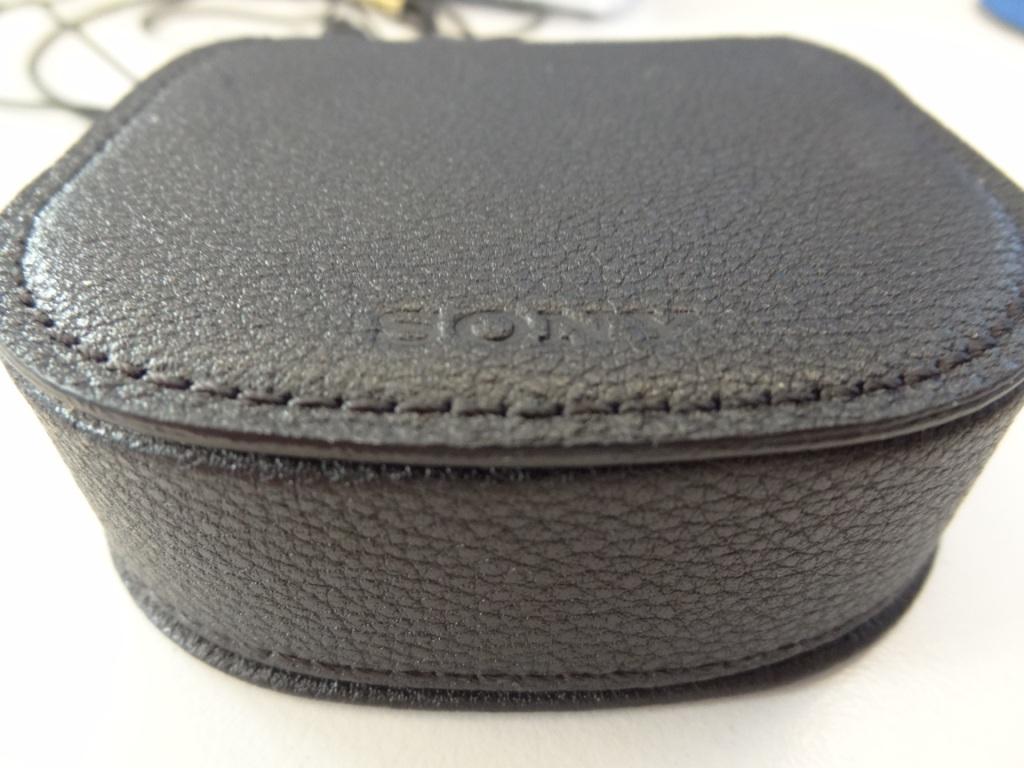 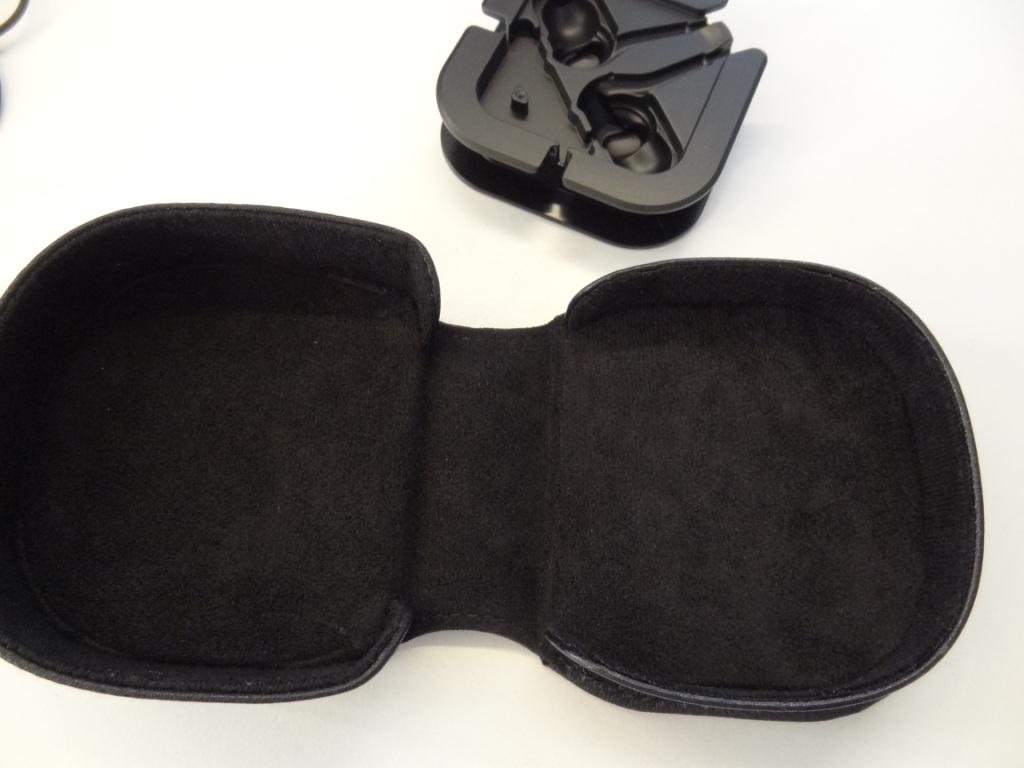 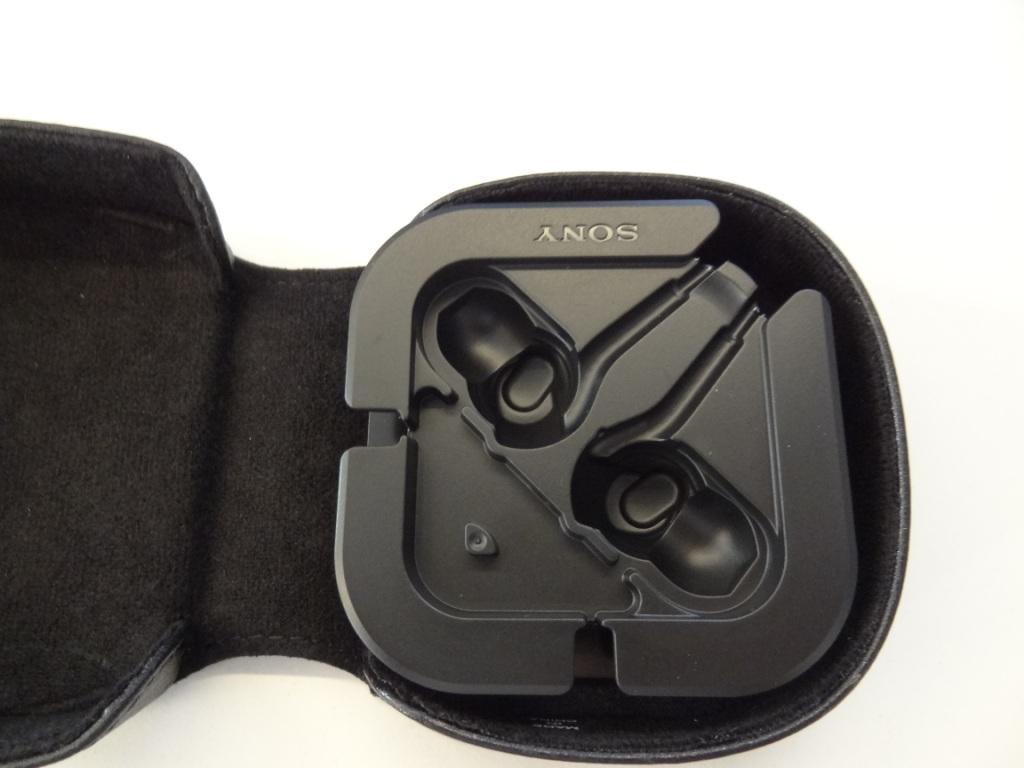 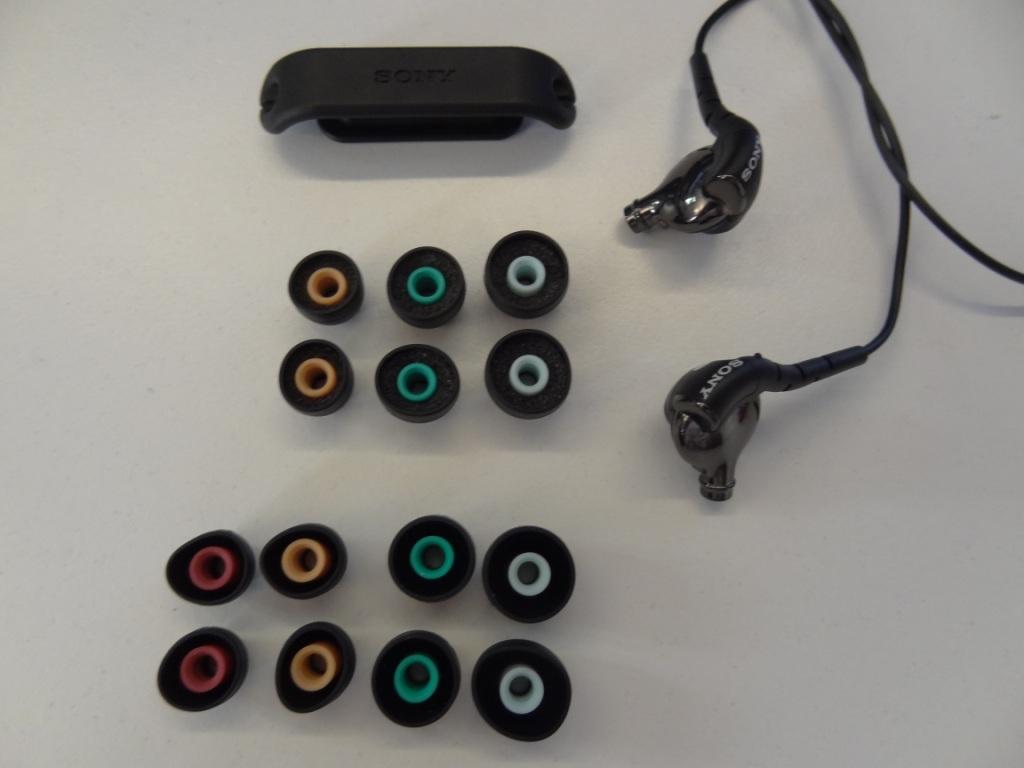 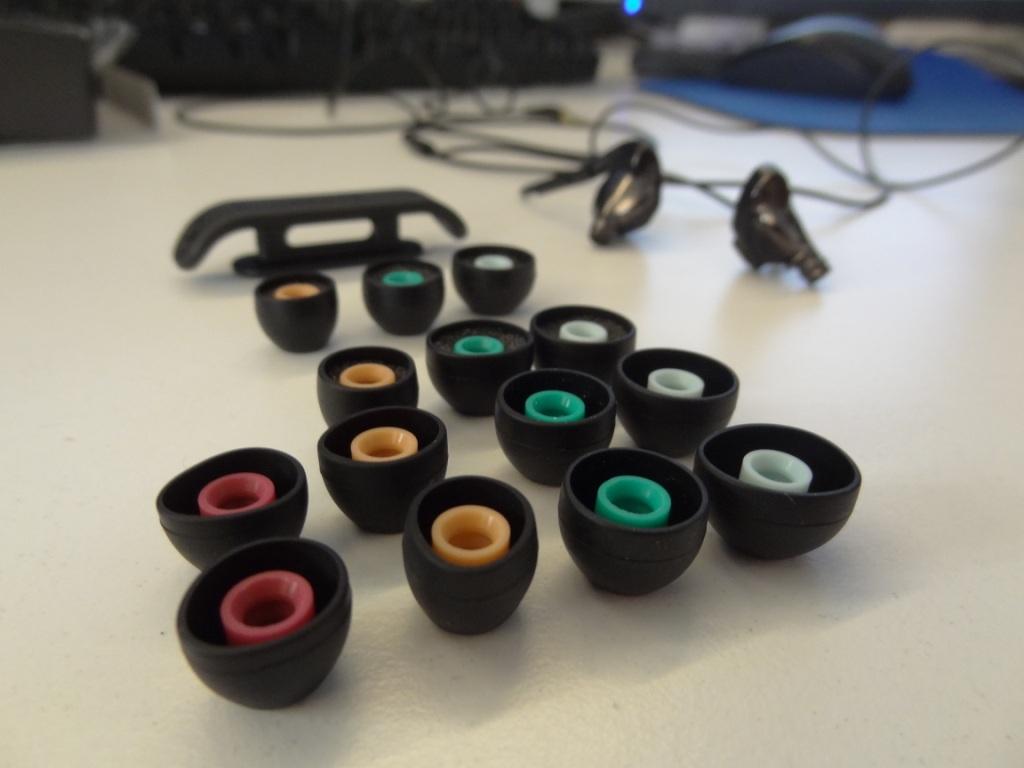 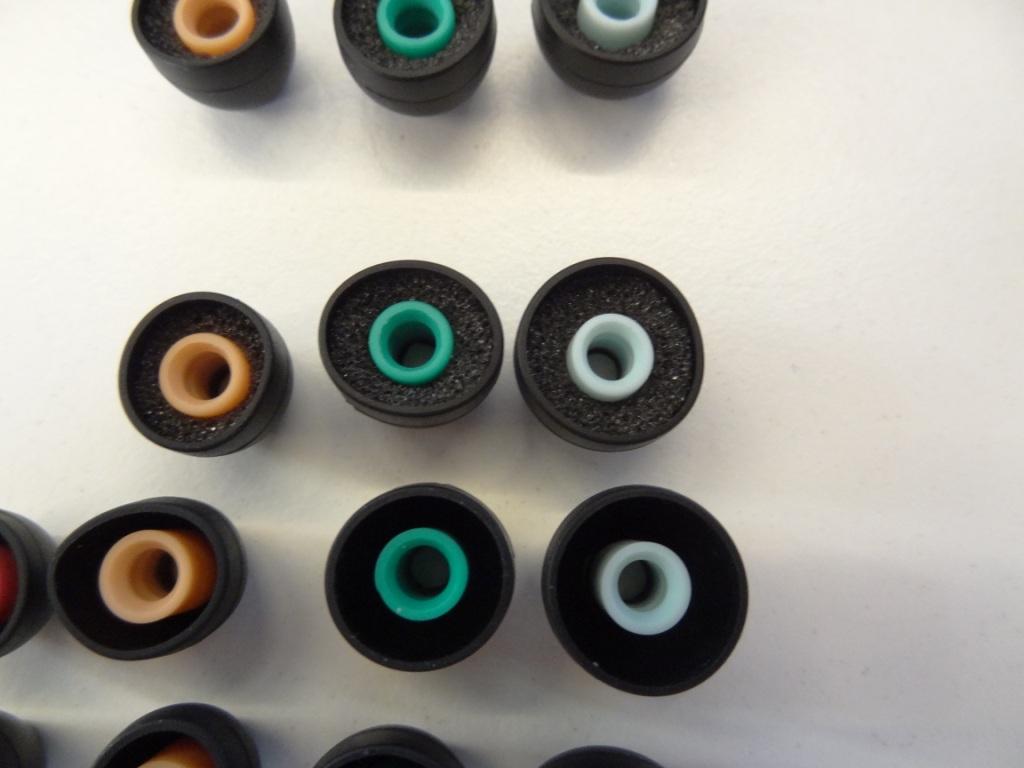 My biggest complaint about its younger brothers the EX500’s was their build quality. I have to say with the EX510’s these issues seem to be resolved. With a much sturdier and better strain relief by the ear buds, and a solid build quality on the ear buds themselves.
I also found that the wire was ever so slightly thicker, and didn’t tangle as easily as the EX500’s.

So a 100% improvement here in terms of general build quality, and longevity over its predecessor! 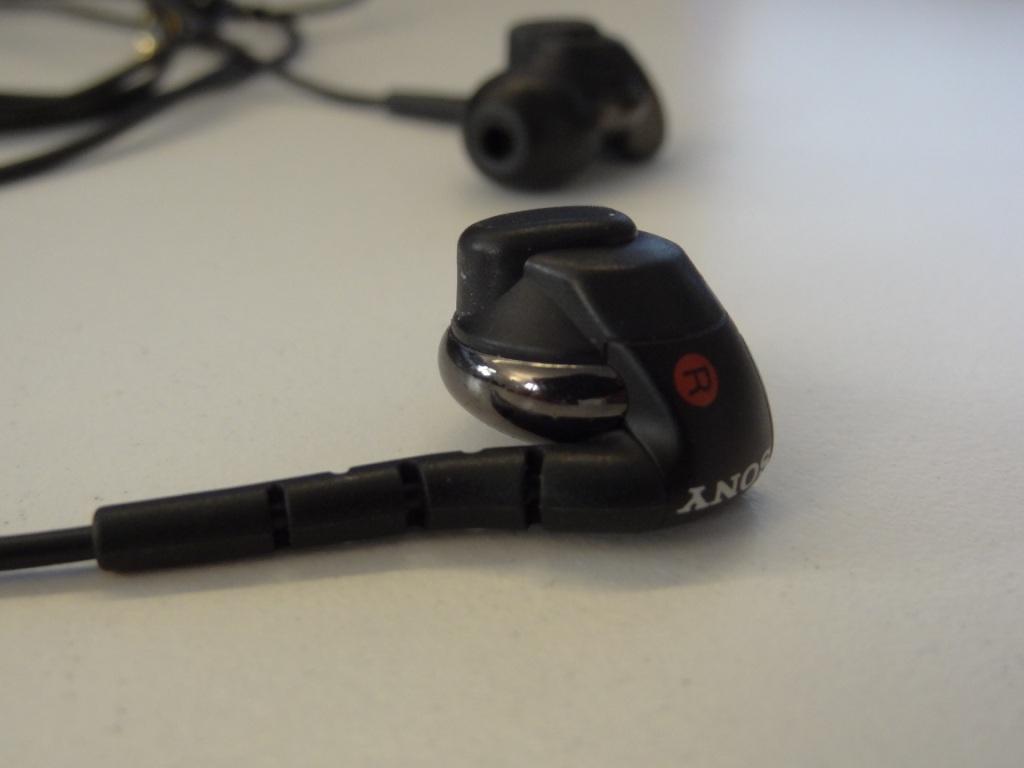 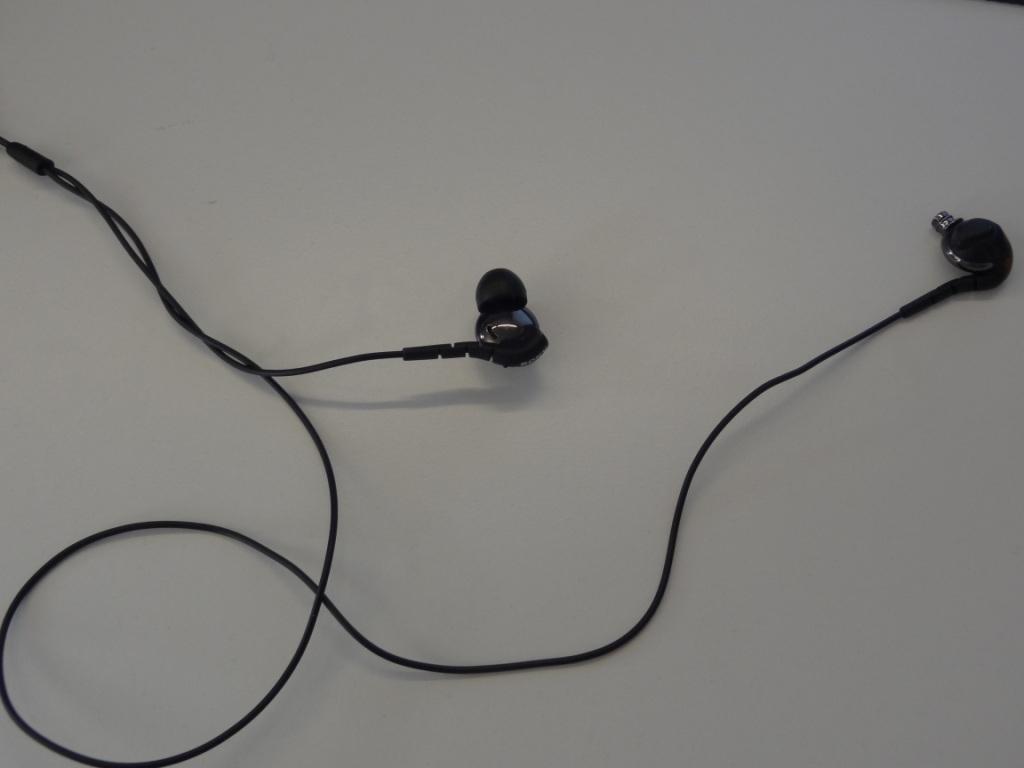 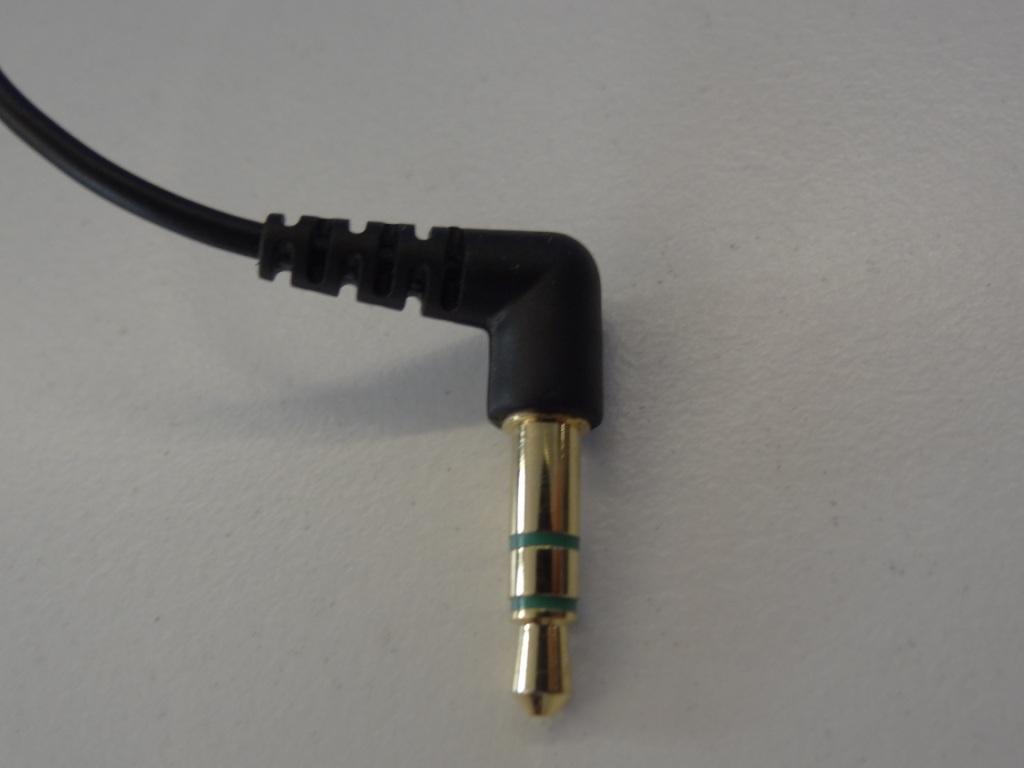 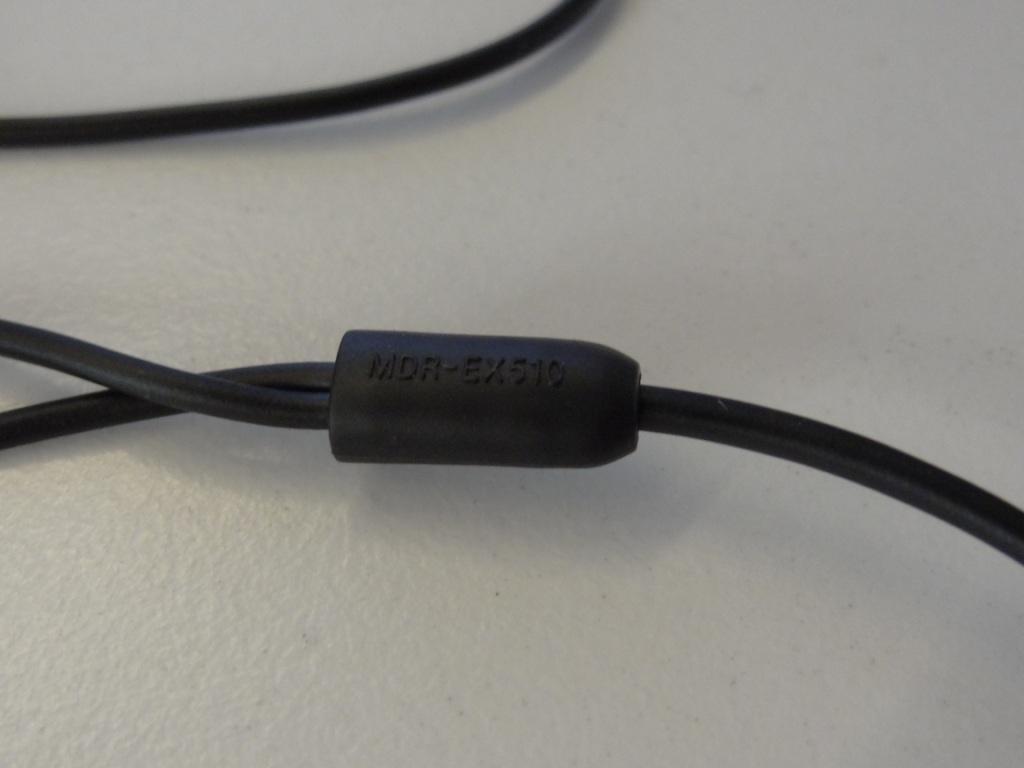 Another improvement here too! Sony took attention to detail, and really made the EX510’s professional looking – it reminded me greatly of the EX700’s brushed metal look. I really like the look of the EX510’s, it isn’t something that stands out, but nor something that looks cheap and tacky!

The comfort, is identical to the EX500’s – it is very comfortable, but if one was running with these or wearing them for a long period of time, they would tend to fall out. Whip on some Comply foam tips, and the issue is fully resolved. This also ties into isolation – with the new isolating-esk tips, the isolation is a little better, however there is no improvement with isolation over the EX500’s with the standard hybrids. Yet again, with Comply’s this issue is greatly improved. 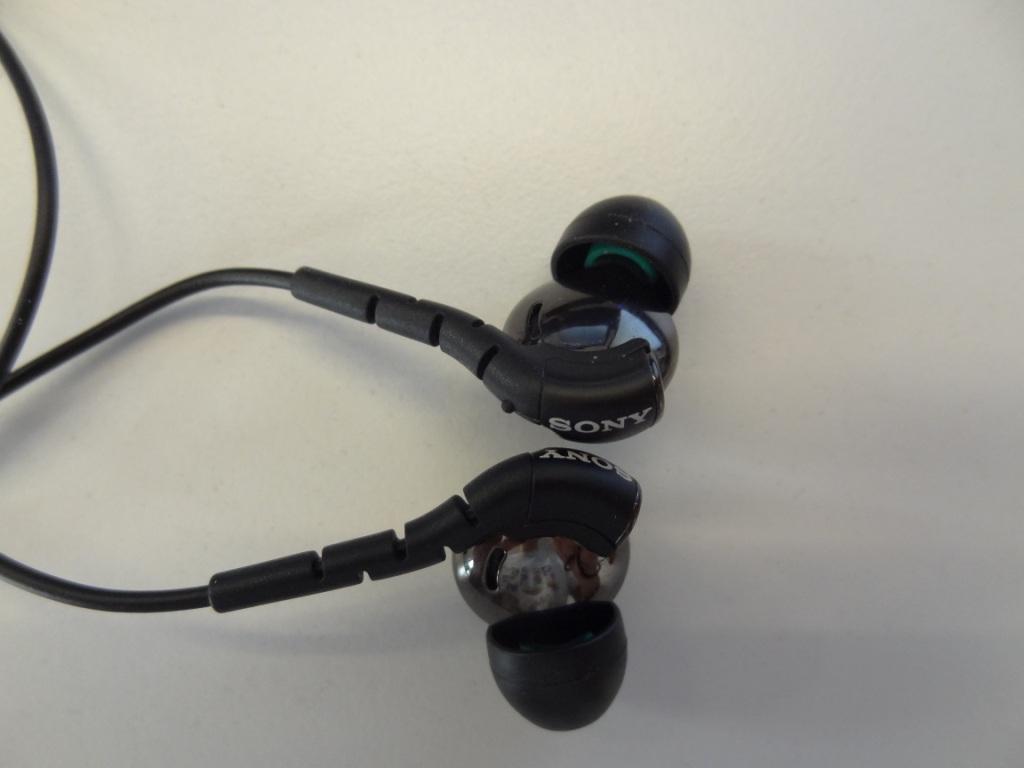 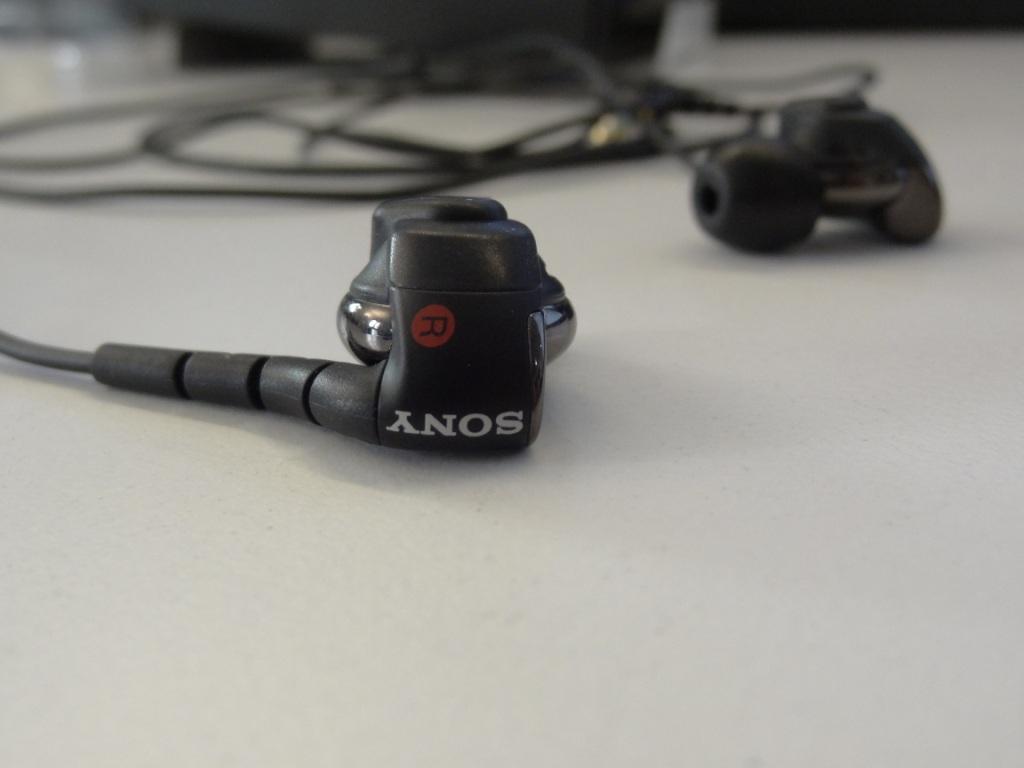 The most important factor. Now with the EX500’s, I found them to be lush, bass hitting, but a little recessed in the mids.
The EX510’s are close, but not identical to their younger brothers.
The EX510’s concentrate mainly on their mids, have the same highs, but a reduced bass impact.

So Sony decided to reduce the mid-bass for a little extra clarity in the mids.
It works quite well, but if I had to choose, being someone who prefers a V shaped frequency graph, I would opt for the EX500’s purely for sound quality, and excluding the accessories, build quality and what not.

That said, for what the EX510’s offer, they are an excellent choice for many, and I myself could see myself buying them in the future for my own use! 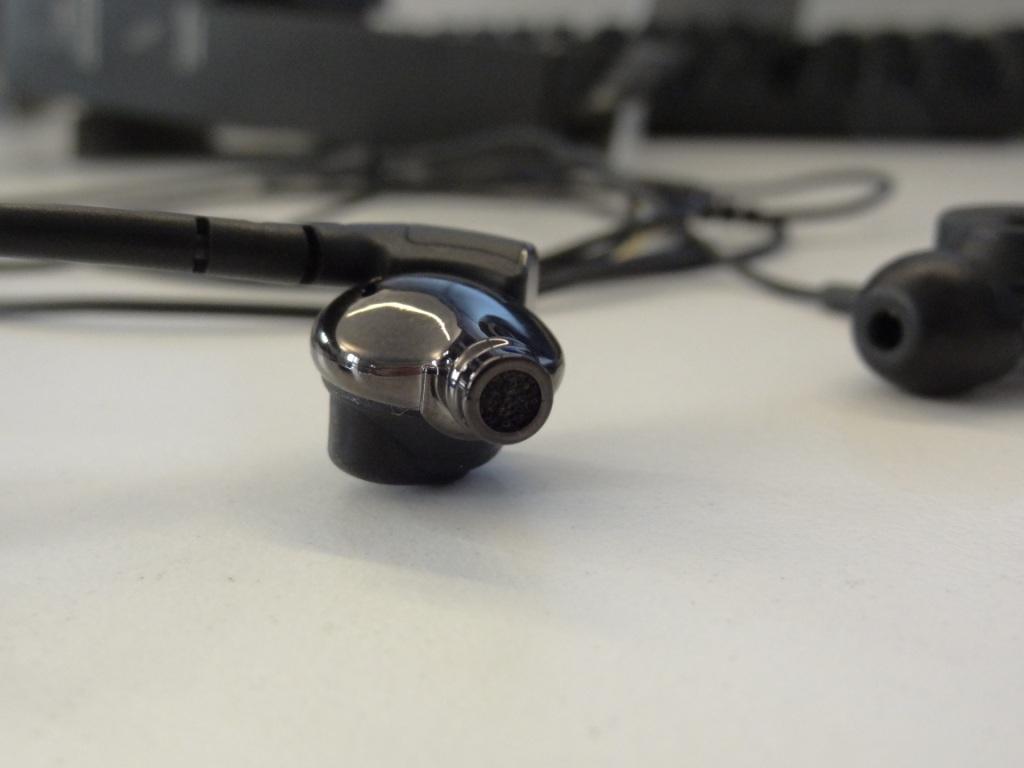 Lows: Nice quality of bass, not as much impact (mid-bass) as the EX500’s, but definitely still that lush bass response, which is liked by many – not too over powering, and not too weak.

Mids/highs: Very good for their price – you really can’t go wrong. I must say, out-the-box, they do tend to bee a little harsh on the ears, but with burn-in (just like the EX500’s) it calms down. That said the mids might not be for everyone, but can easily be toned down (ie. via Comply tips). The mids are also a little recessed, but at this price range I think it’s fair to say that you can’t expect them to be the best!

Overall, these are still an absolute steal – I love how Sony paid attention to detail, and made them a little more “professional” both by look and sound (by being more neutral) – definitely on my recommend list for people looking for sub £50 earphones!
I would also like to conclude, that if you were contemplating between the EX500’s and the EX510’s, I would pick the EX510’s due to their better build quality, accessories, and better looks.
If it wasn’t, especially, for the build quality – then the EX500’s would be next point of call.

I hope you enjoyed the review!
–TotallydubbedHD