First of all I would like to thank BitFenix for sending these out to me for review!
I was looking forward to see what BitFenix could offer me for review and despite being slightly disheartened to be receiving a £30 case, reflecting back, I couldn’t be happier – hopefully this review will convey my thoughts on what seems like a cheap PC case, but in fact turns out to be an extremely versatile and well-performing PC case! 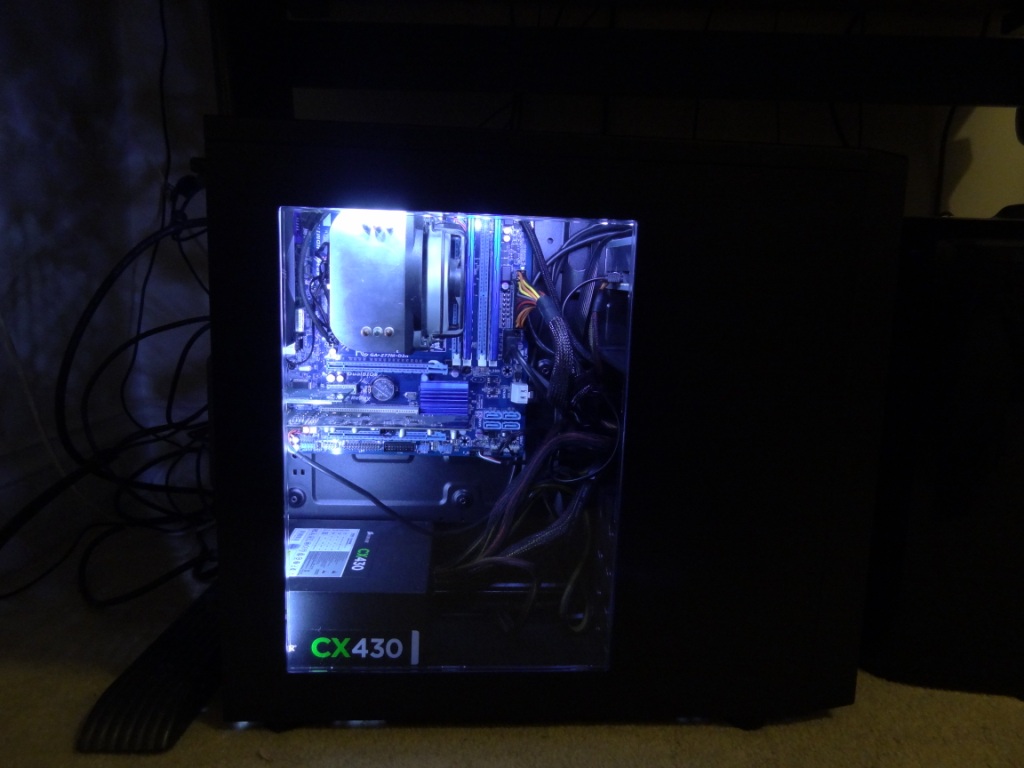 Before getting into it – see my video review and full build video, which showcases me disassembling my mother’s old PC, the Fractal Core 1000 (which comes in at the same price bracket) and then transferring the parts to the new BitFenix Neos (Windowed, black and silver version):

First let’s start off with the Alchemy LED strips! 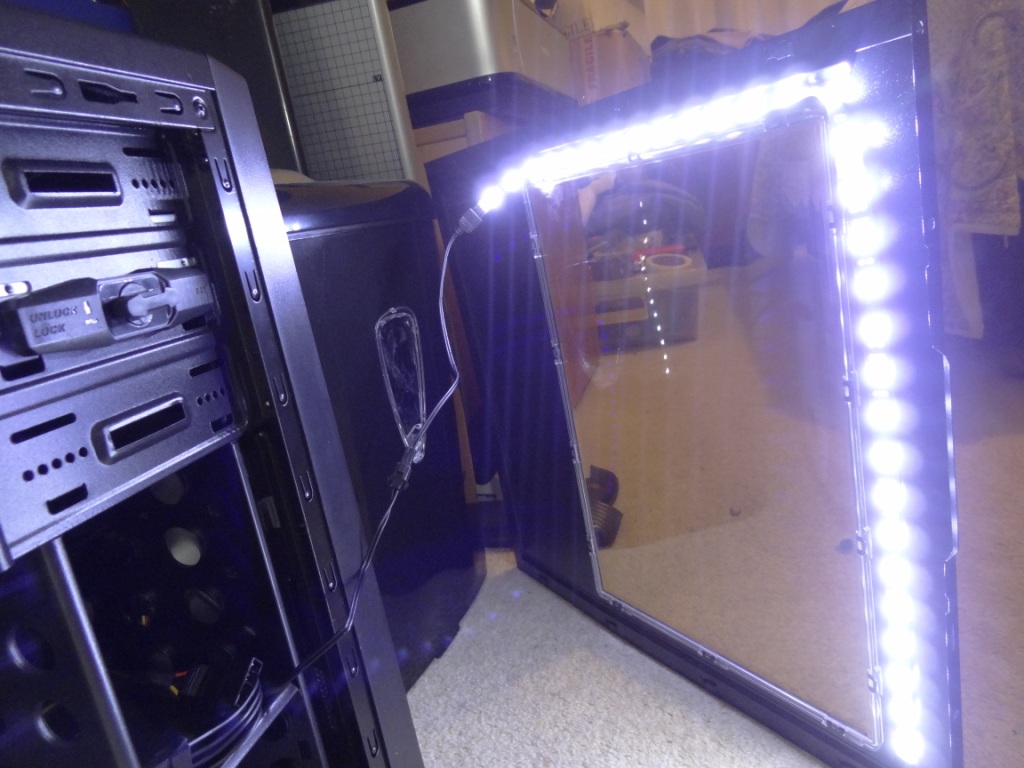 The strips themselves are very nice – although not very easy to bend, I was still able to gives them a right angle bend within the case’s window panel.
The LED lights are very bright and allow you to light your build quite easily. They are also have a nice shade of white – they don’t seem too “artificial” therefore bringing out the highlights of your build even better and with more elegance and class.
I really liked the fact that the strips come with a little adapter which allows you to daisy chain more strips to it.

Overall, the LED strips are very nice and of good quality, however I did find them quite on the expensive side – £25 for LED strips, whereas a whole PC case (the NEOS) can be bought for £30, is asking for criticism. With that said, in comparison to other strips out there, I feel the BitFenix offers more quality – Thereby paying for what you get.
I would thus say, that if you are looking for that extra customisation and have money to spare, I would suggest getting these LED strips – but it shouldn’t nor would I recommend it to be on your “must have” shopping list. It’s for you to decide to customise the looks of your PC Remember that small £25 could be the difference between two GPU models -which is a bigger impact on your PC experience than LED strips.

Long story short, if these strips were priced at £10, I think my feelings would have been different – regardless a great buy if you have the money. 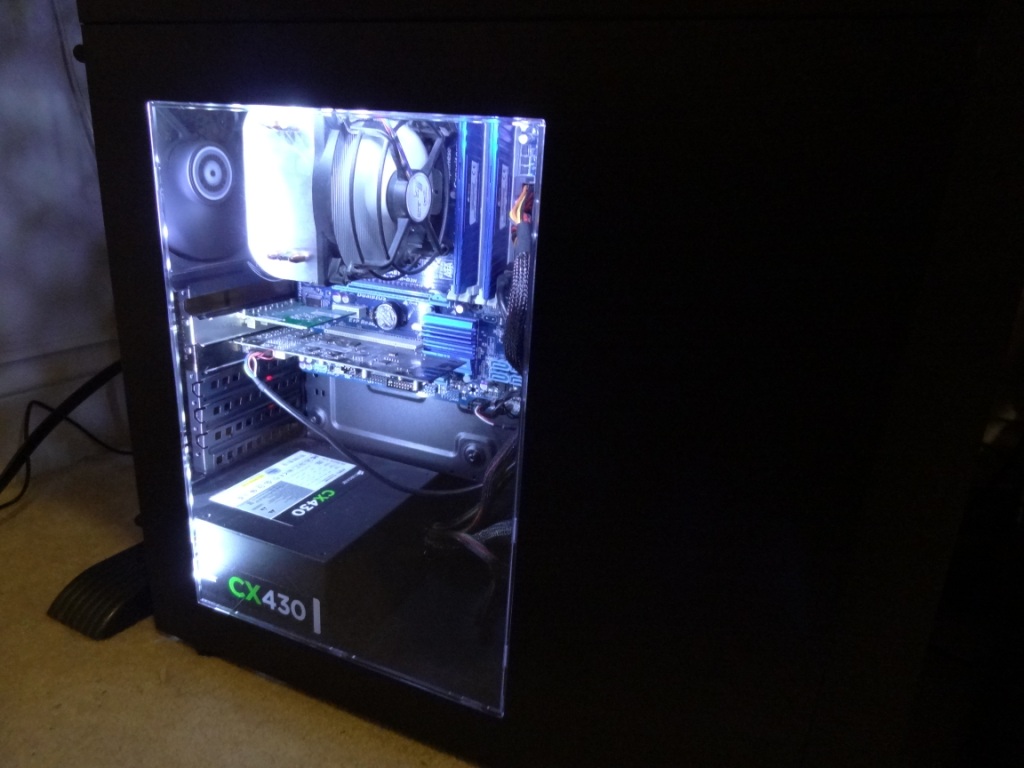 Now as you can read from the introduction of this review – it’s going to be a positive feeling towards the case, and you’re not mistaken. That comes down simply due to the price to performance ratio this case offers. It just makes me think how many features you’re actually getting for your money and that excites me. Something that I don’t get excited over easily – but in this instance I did, as it’s a product that I can actively recommend and suggest to people wanting to build PCs, but not wanting to spend much on cases. With that said,m everyone likes the look of a nice case – and I think the Neos really offers it with its window look and even its integration of a USB 3.0 port. Not even to mention the amount of colour combinations you can get this case in – which means a more personalised PC build.

Pictures of my mum’s old build, on the Fractal Core 1000: 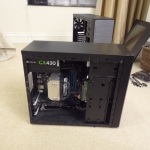 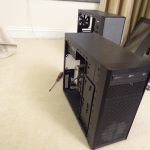 Starting with the cons (as there aren’t many):
-The PCI covers cannot be replaced (meaning once you remove them, you’ll have a gaping hole at the back of your system)
-The sheet of metal used for the case is very thin – therefore isn’t as sound proof as other, thicker made cases. However, due to its price range, this is something that’s a norm – let’s put it this way the Fractal is twice as loud as the Neos. 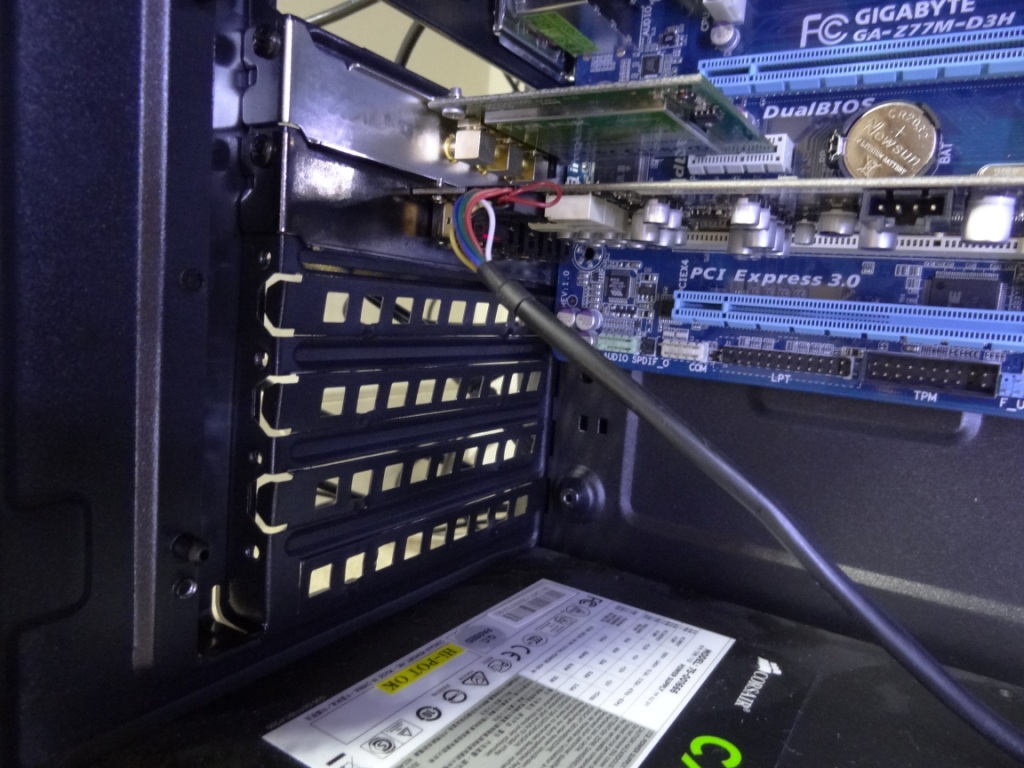 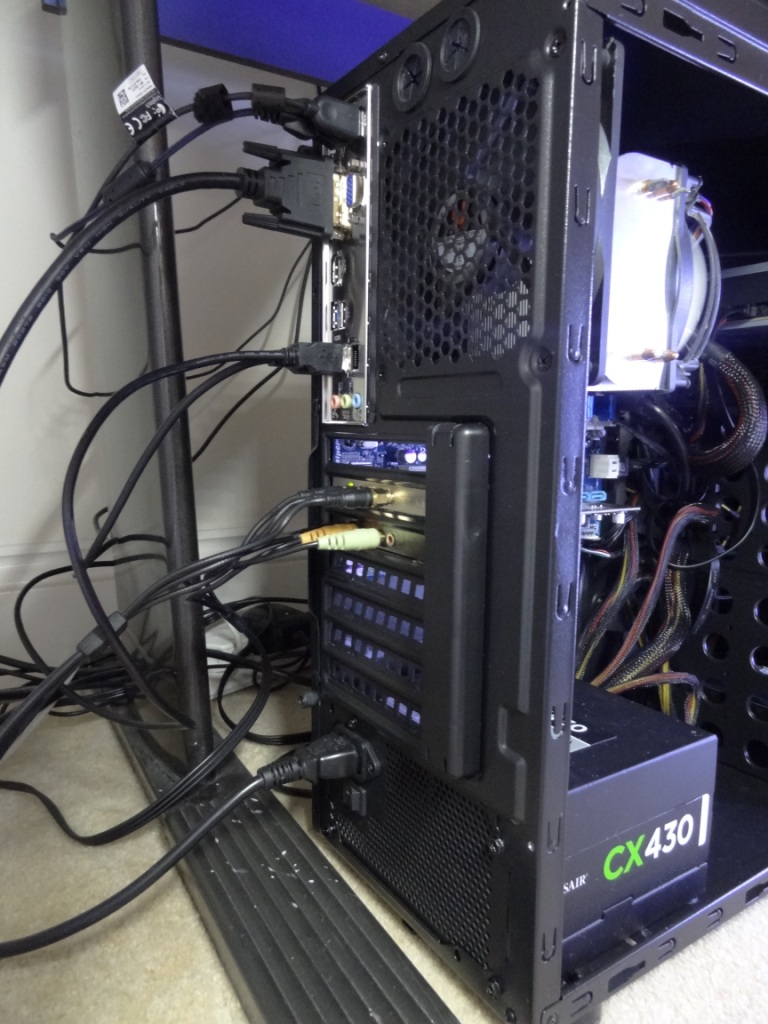 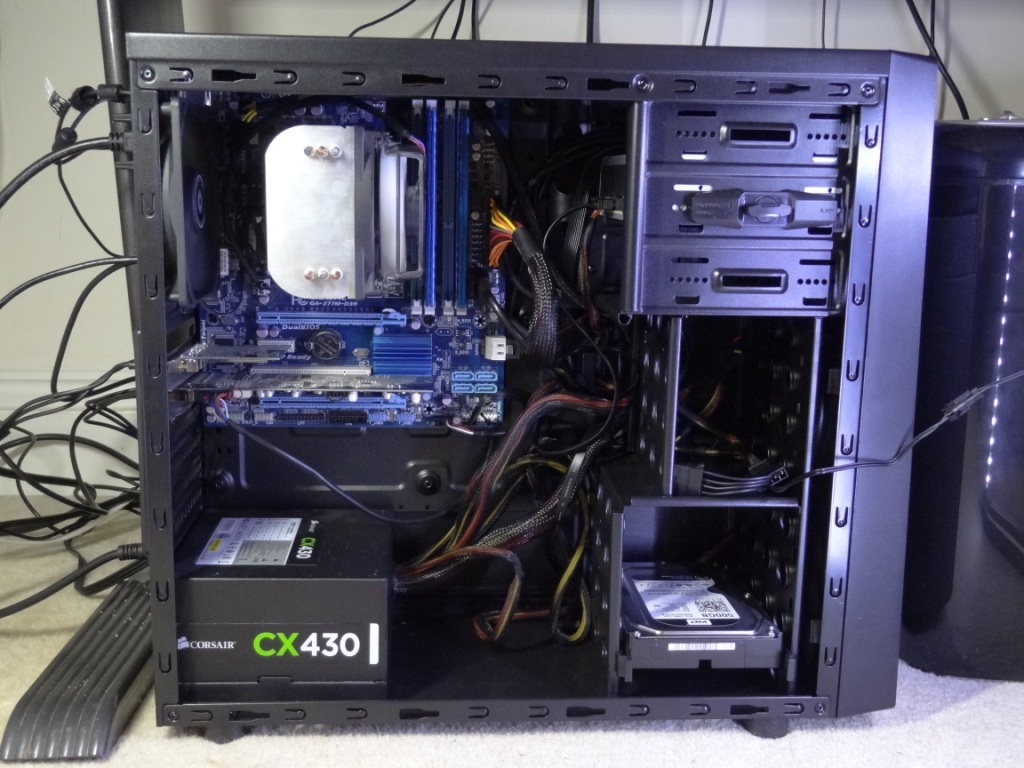 That’s it for the pros, yup, I know, very short. As in all honesty that’s the only two things that really came out to me.

Now the pros and the features I would like to draw out:
-Great customisation with the different colours available to buy
-Amazing price to performance ratio (value for money)
-Dust filters for your PSU fan and front 2x 120mm fans
-Removable front panel for fan access
-Included BitFenix 120mm rear exhaust fan (quite the silent fan too!)
-Pre-raised motherboard tray (saving you from additional screws)
-Option to have a window side-panel
-Holes in the HDD/SSD tray to allow better airflow
-Removable HDD and SSD trays
-SSD and HDD tray are easy to use
-Easy to mount and dismount DVD ROM bays
-Low noise levels (HDD noise is suppressed)
-Downward firing fan space for the PSU
-USB 3.0 inclusion on the front panel
-Off the ground case (due to having small little feet, which keeps the PSU from suffocating itself on carpets)

As you can see from the above, there are MANY features that are good and features that you wouldn’t expect on a budget PC case or build as a matter of fact. Most of the things listed, weren’t included in my mum’s old Fractal case. It just goes to show how much value for money you’re actually getting.

My personal picks:
1. Great customisation: Even though this case is cheap to buy, I like the fact that you have a wide array of colour combinations to choose from. This allows a more personal build, whilst still staying under a cheap budget. 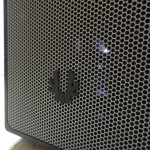 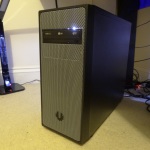 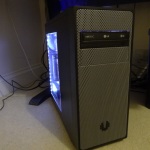 Expanding on the point above, the overall look of the case, especially with some LED strips, makes the build look like some sort of watercooling build that has £2000 worth of components inside. I wouldn’t have been able to guess that the price of this case is only £30 – which gives a nice value for money factor 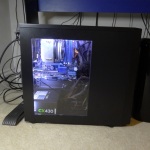 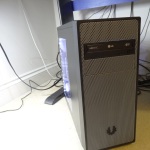 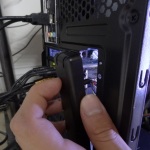 2. Holes in the HDD/SSD tray to allow better airflow / Removable HDD and SSD trays / SSD and HDD tray are easy to use / Easy to mount and dismount DVD ROM bays
There are quite a few points merged into one here, simply because I feel they go all hand-in-hand. Due to having a variety of options, you have the chance of adding or removing components you don’t want, such as HDD trays that reduce airflow.
Furthermore, due to the brilliant design, you get a nice case airflow, due to the holes in the HDD/SSD bays – a simple thing to overlook, but something absolutely great to have. 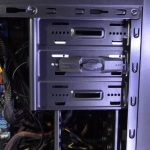 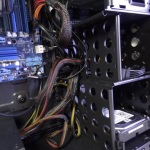 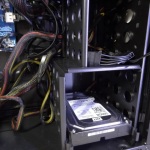 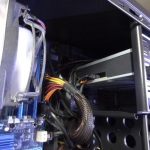 3. BitFenix 120mm rear exhaust fan
This might not seem like something special, but a fan is around £5-10 depending on its quality. The fact that you get one free, in a £30 case is always great to see. To me it’s nice to have the fan and furthermore great to see it being actually silent! 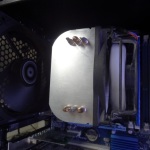 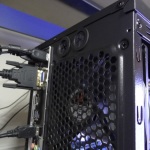 4. USB 3.0 inclusion on the front panel
The fact that this case has a USB 3.0 port at the front is excellent – it’s as if BNitFenix plan for you to have higher-end devices within the case (motherboard) and outside of it too (USB 3.0 devices) – this is great to see and especially seeing as USB 3.0 is backward compatible, you only gain from this inclusion! 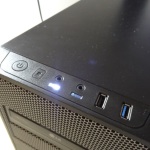 Conclusions
In all honesty, I love the LED strips but found them slightly expensive for what they actually offer, other than aesthetic looks…but the case is on another level. I rarely say – go out now and buy yourself something as I rated it 10/10, but this is one of those rare instances where I’ll tell you to do just that. Honestly, if you’re looking for a fresh look, or wanting to build a new PC (be it high-end or low-end) this case really does fit the bill (pun intended).
I should also note that the case easily fits an SLI/CrossFire setup, therefore you don’t have to worry about that either!

Overall, great PC case, really recommend it and definitely say that you should have it on your must-buy list if you’re building yourself a new PC.