First of all I would like to thank Tim from QWERkeys for sending this out for review and overview!
The kit can be found on their website for £20. 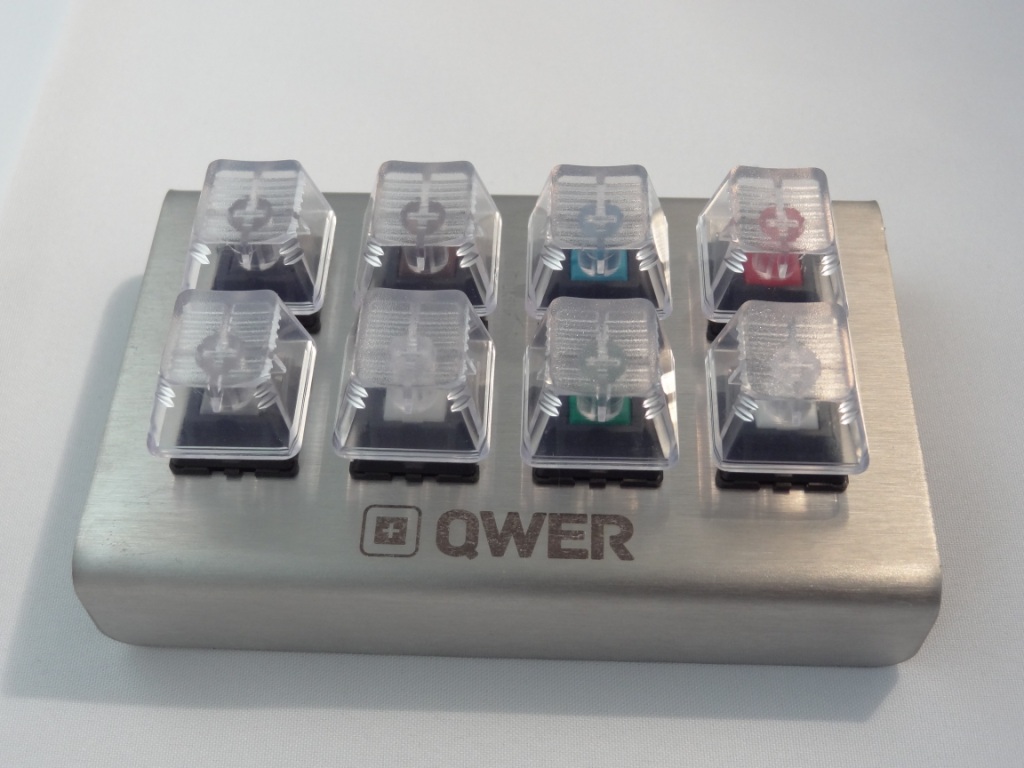 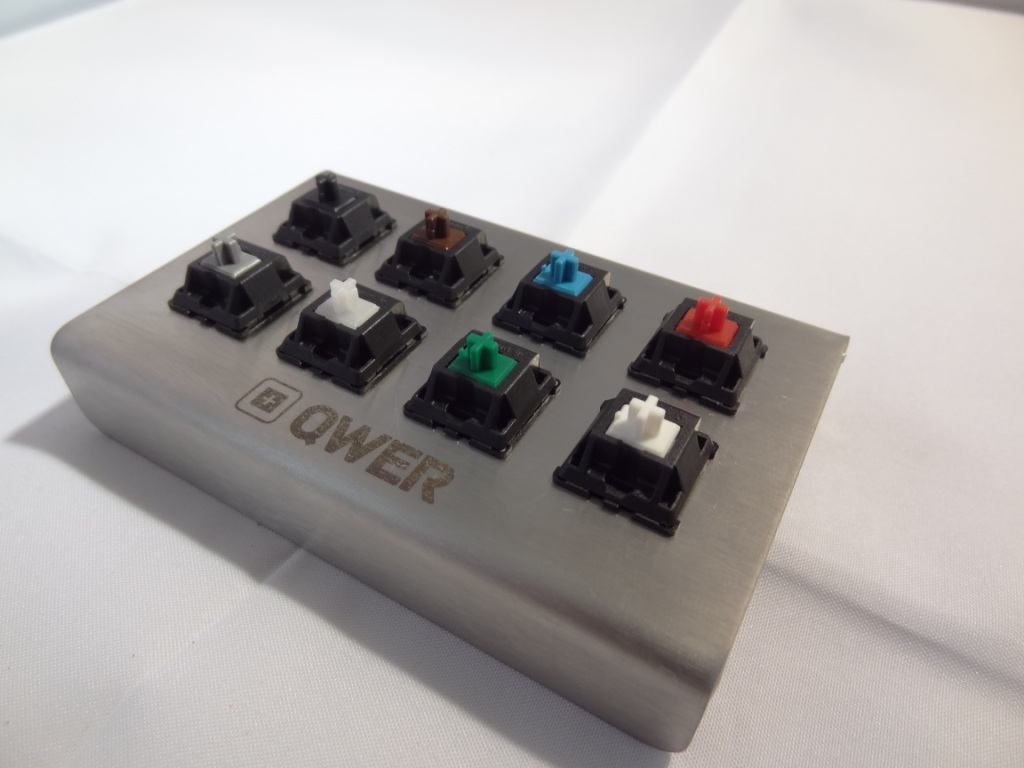 What’s the point of getting the QWER8 V2?
So you might be asking yourself, why would you spend £20 on a key tester, which effectively doesn’t work without you having to buy a PCB for it to register your key presses.
Well, there’s two reasons really:
1. Novelty – this switch is very well designed, with its brushed aluminium look and clear keys. Clicking away randomly as a stress reliever also is a great reason to buy this switch 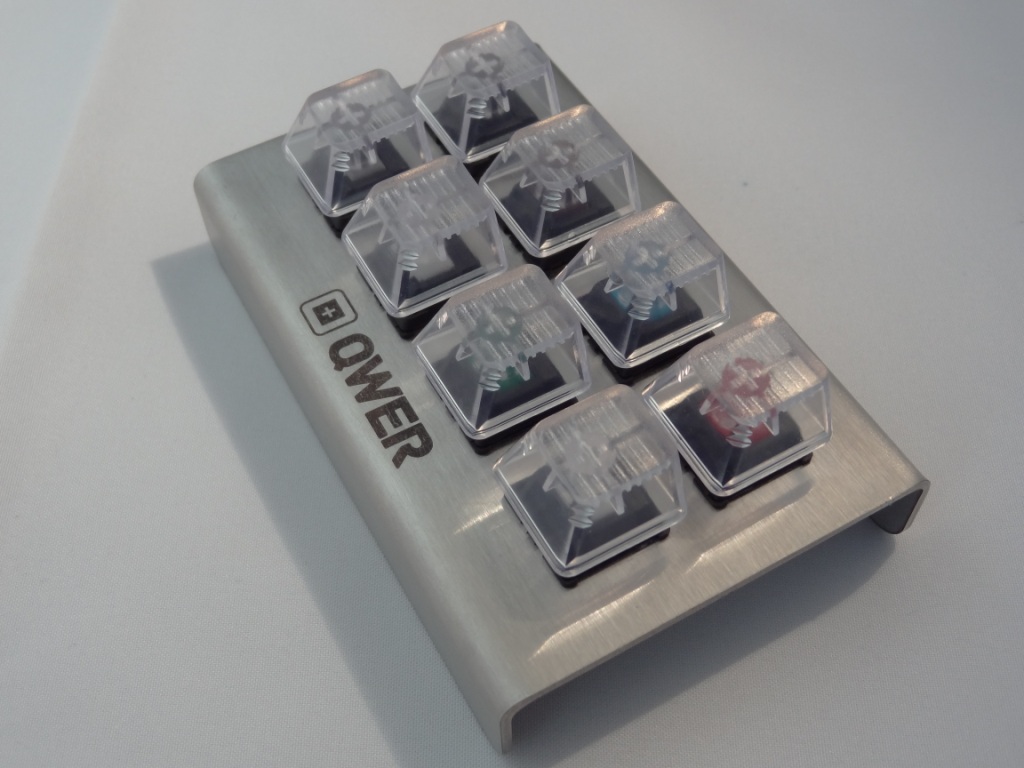 2. Testing keys you might not be able to – a lot of people in certain parts of the world (such as US folk) take this as granted; however outside the US I’ve struggled to find places that actively have mechanical keyboards for sale, let alone on display for people to try. Thus you have to invest a minimum of £70 to possibly £150 on a mechanical keyboard, with the possibility of disliking the switch it uses. It thus makes sense, to try before you buy – as switches are extremely subjective. 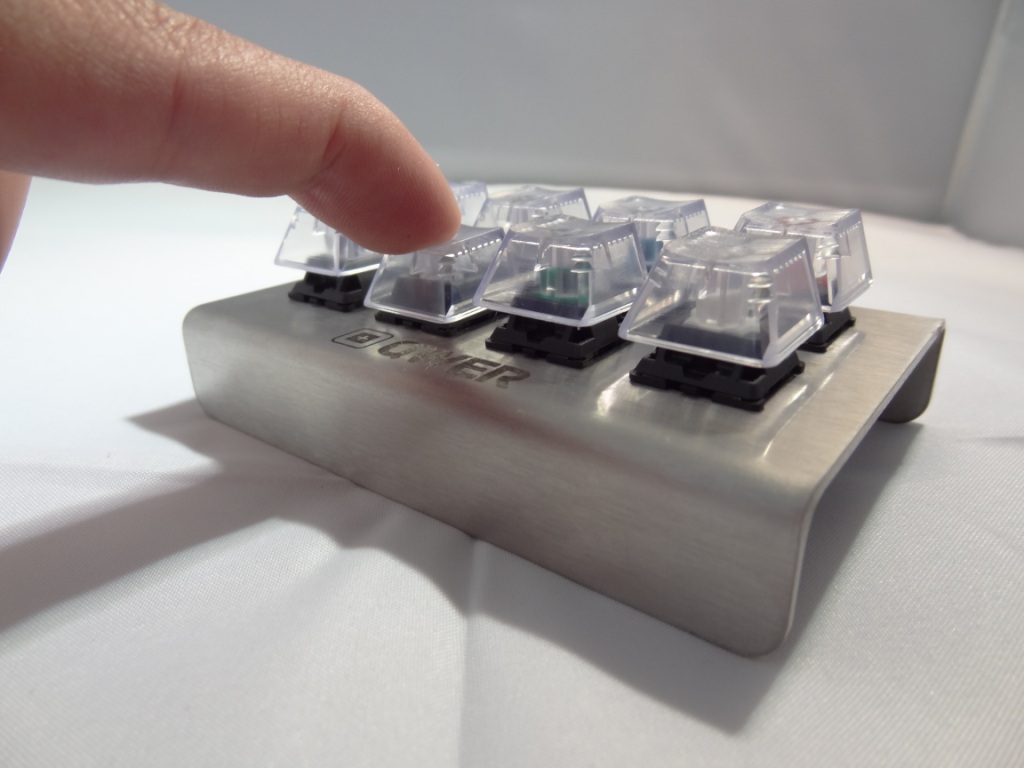 Speaking of subjective opinions on switches, here’s my brief overview of switches and my opinion of them. There’s no right or wrong – as it’s all subjective, but the general concensus agrees with what’s said below:
RTS gaming:
Black: 60g — Stiff — Used for RTS games

A more in-depth guide can be found on Overclock.net and KeyboardCo 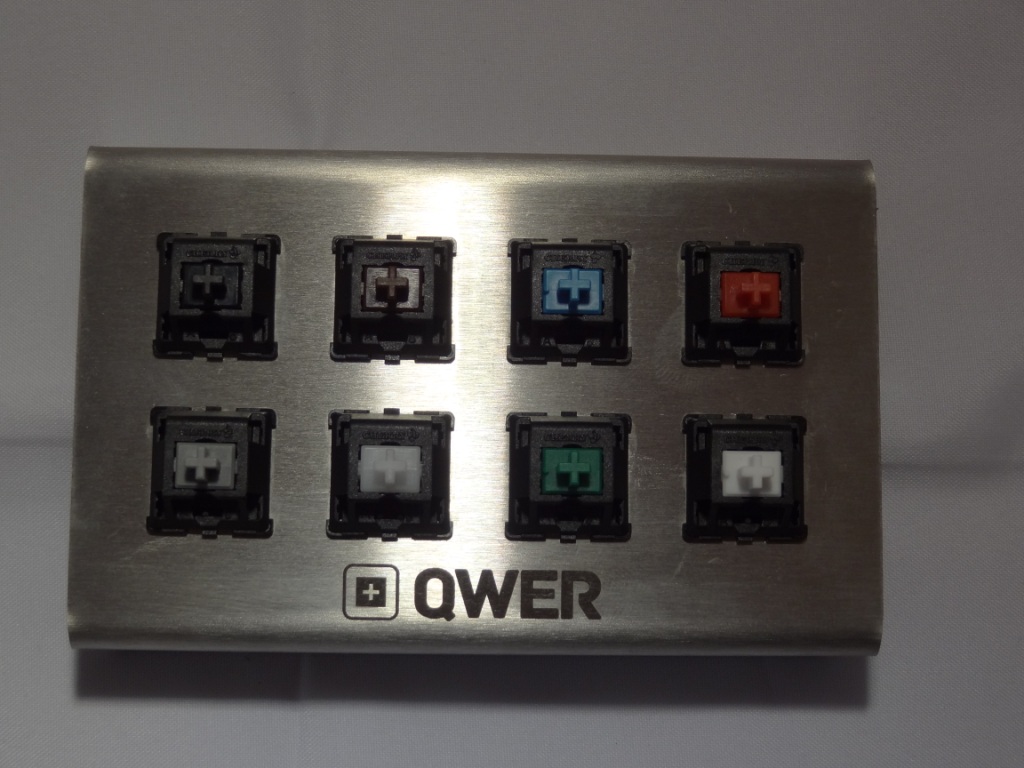 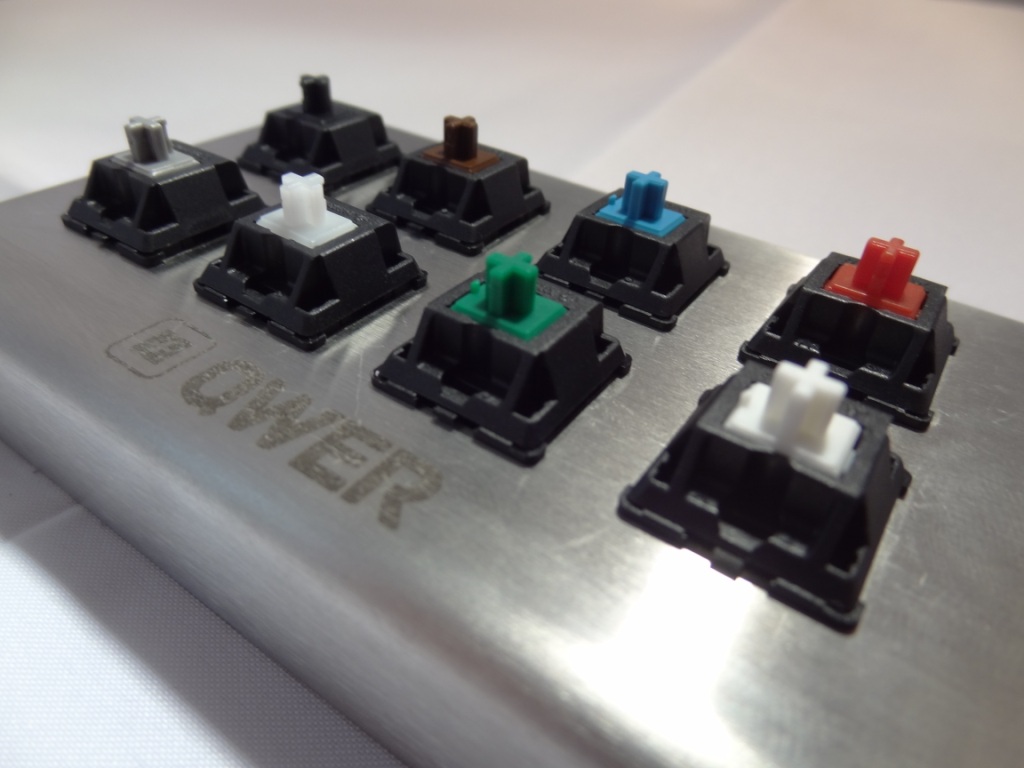 Would I recommend the QWER8 V2 and would you buy it?
Definitely. I would have gotten it for curiosity over the less common switches that are on it (Green, White, Grey and Clear) and furthermore gotten it for novelty.
Furthermore, you can put a PCB under it and even put in LED diodes in order to have a mini illuminated Key Tester (something I’m definitely thinking of). 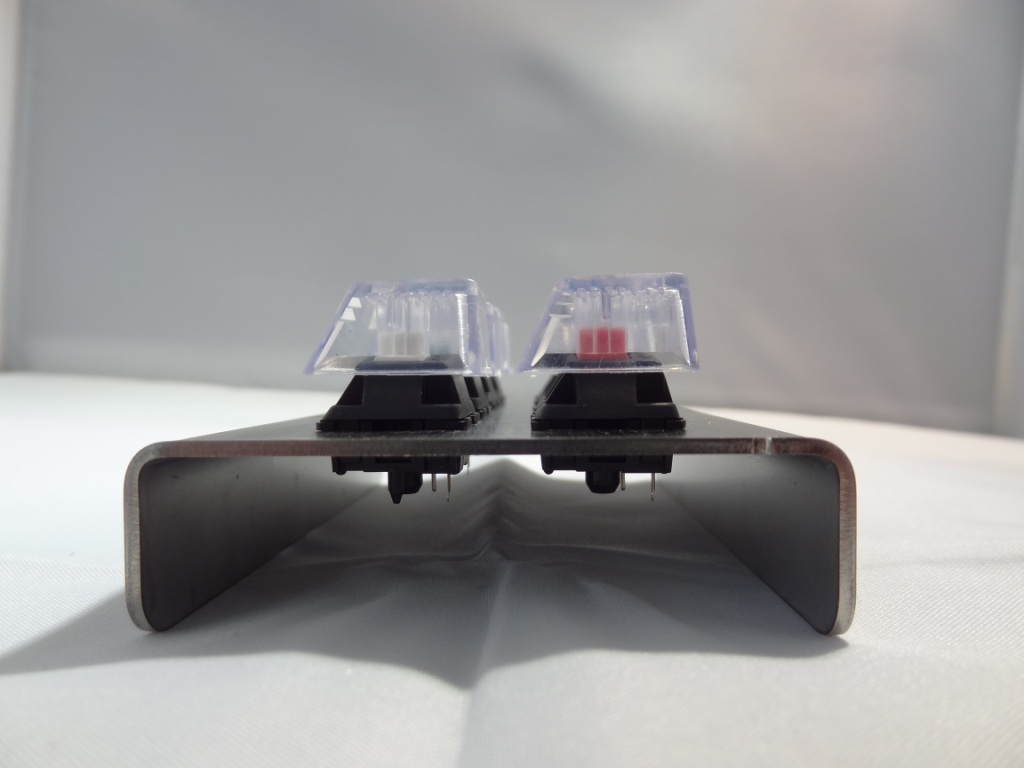 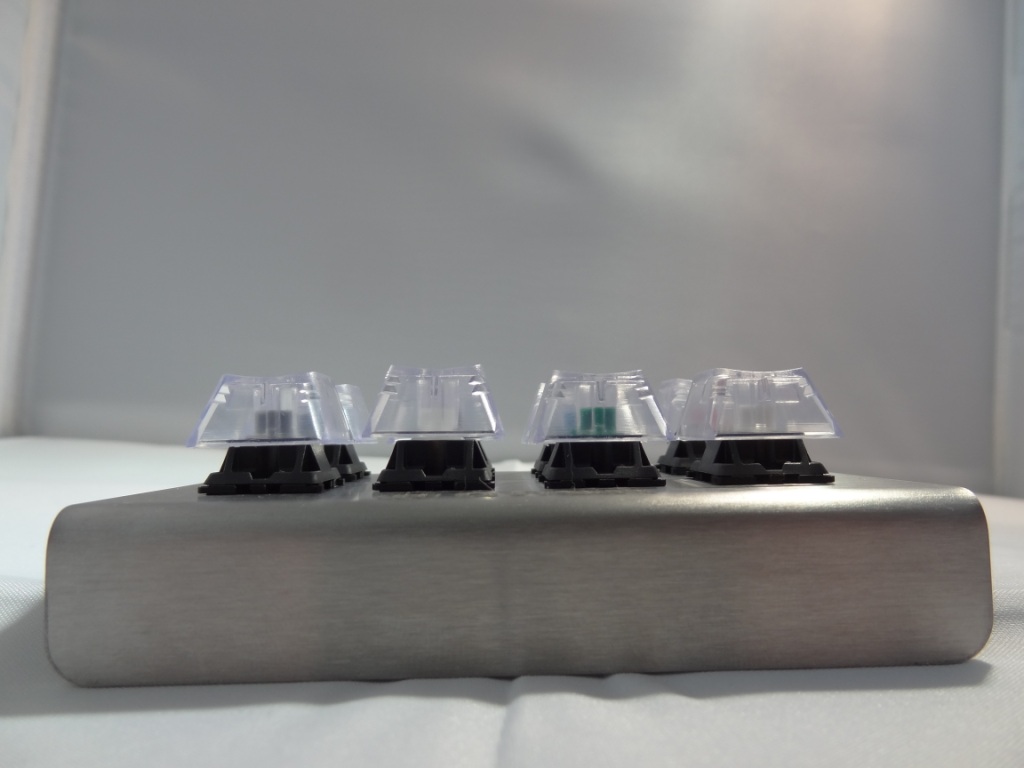 Since I’ve gotten it, I’ve been using it as a fun stress reliever and even educated quite a handful of people on the different switches that exist in mechanical keyboards.

In all honesty, I love it and can’t see why I didn’t have it before. I honestly recommend it. If you’re either a pro mechanical user or new to mechanical keyboards – this is definitely a must buy.
In short: A fun geeky toy to have laying on your desk. 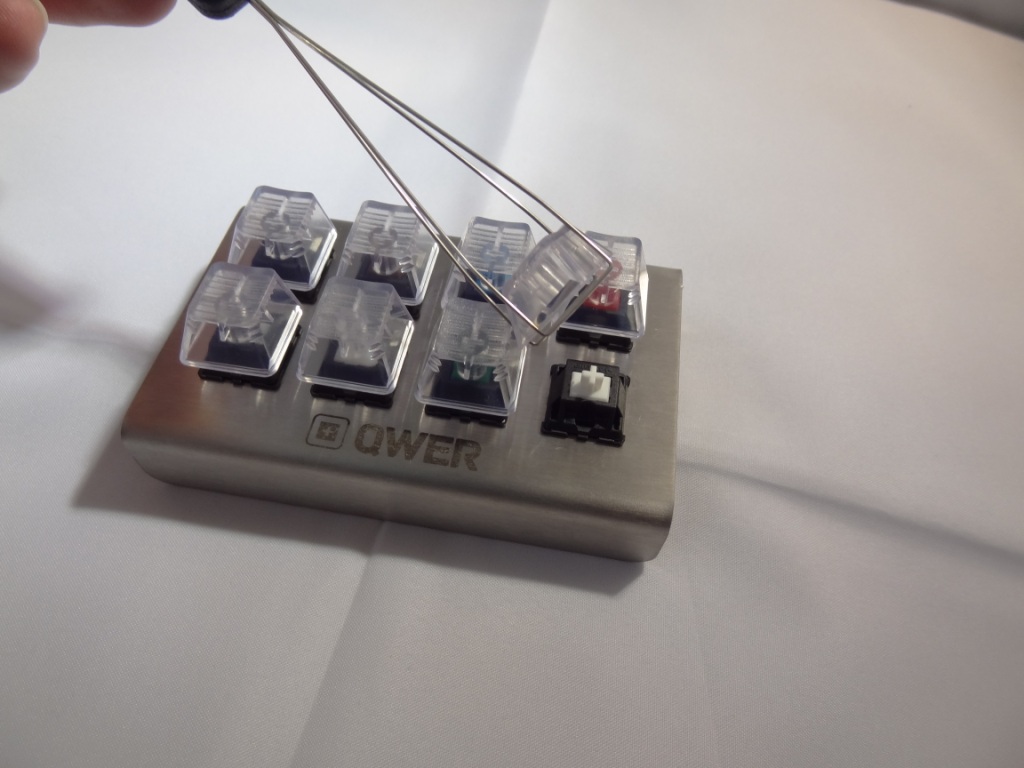 Hope you enjoyed the pictures & my review/overview!
–TotallydubbedHD