Swype is an input method for touchscreens where the user enters words by sliding a finger or stylus from letter to letter, lifting only between words. It uses error-correcting algorithms and a language model to guess the intended word. It also includes a tapping predictive text system in the same interface. Swype is designed for use on touchscreen devices with a traditional QWERTY keyboard. Swype was first commercially available on the Samsung Omnia II running Windows Mobile.
The Swype software was developed by Swype Inc. In October, 2011, Swype Inc was acquired by Nuance Communications.
-Thank you Wikipedia.

Swype, as some of you might know recently went through a few changes (June 2012). This was by far one of the biggest updates the Swype BETA keyboard has gone through. Swype for me, personally, was one of the features that I fell in love with, when I first set my hands on the Samsung Galaxy S GT-I9000 – The I9000 had Swype built in, not too long after Swype BETA came out, which was a keyboard that would be used on almost any Android device. To my surprise I didn’t find it included in the Samsung Galaxy S III GT-I9300, and set out to find Swype. Before continuing let me state that there is a built in “Swype” feature, that is linked to the Samsung keyboard, however I felt, after using it a little while, that the built in version, that wasn’t a separate keyboard was far less accurate and intuitive than Swype, the separate keyboard.

To get Swype, it is usually a very simple process – by signing up to the website, and getting a link to download it.
For existing members of the Swype BETA program, all you will have to do is look out for an update – I found opening Swype in “Language and Input” was the best way to get notified of the update. Where you will then have both Swypes installed.
I however, even after doing so, had troubles signing in, and getting Swype for the S3, let alone upgrading to the newer version of the BETA.
After some searching on XDA and with members helping each other – I had Swype installed on my SGS3 – This version was the “older” BETA version.
After using Swype for a day, I then got notified for an update, and here it was, the newer Swype BETA, that had more features and was more intuitive!

So save some people some trouble, I’ve uploaded 3 files on Dev-host.

Remember to login, and use the installers, you will need to be signed up with Swype, to be eligible to download it.

once grabbing the installer/app, just run it on your device, and you should be able to have Swype now as an option in “Language and Input”. Et voila! Swype is now on your device.

Pros:
-More intuitive
-Can connect to your Facebook, Twitter, Gmail, Text Messages to retrieve new words for your personal dictionary
-Handwriting possibilities (great for Chinese letters for example)
–A lot of languages supported – Including Armenian! Who would have thought! (I’m originally Armenian, so it comes as a surprise)
-Better keyboard look
-Thicker orange “Swype line”
-Saves words to your personal dictionary automatically
-Number keyboard is larger and better spaced out
-More smilies included
-better editing options

Cons:
-Currency symbols are harder to get to
-Changing languages isn’t as “fast” as before (it is now done by holding down the space bar button) -> this however can be seen as a pro, as sometimes I was accidentally pressing it, by mistake.

Overall, the changes are notable and the improvements are great – I absolutely love Swype, and I’m really glad I can run it now on my SGS3. By far the best keyboard I’ve ever used and tried.

The pictures below, will start off with the OLD Swype BETA, and then move to the NEW Swype BETA pictures. Each picture is titled, so you won’t get lost, don’t worry! 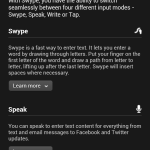 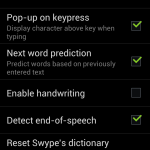 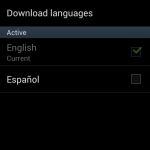 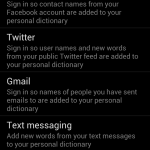 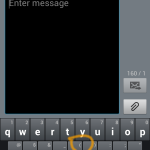 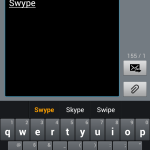 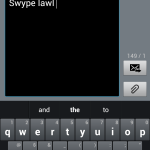 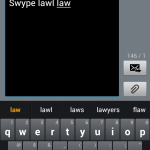 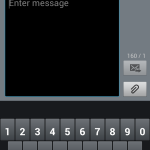 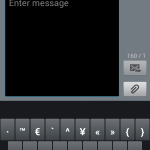 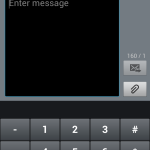 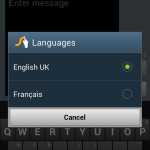 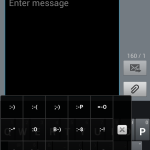 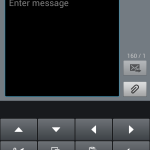 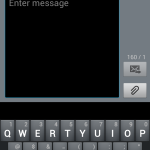 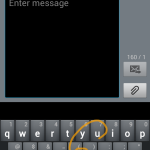 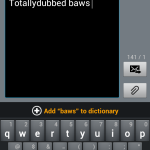 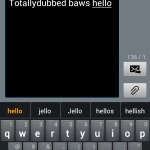 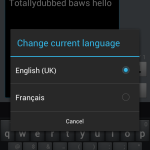 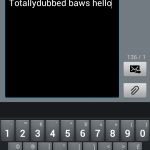 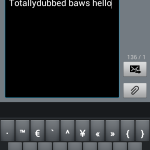 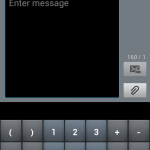 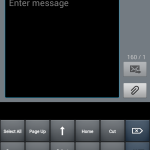 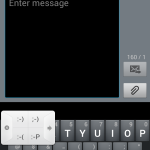 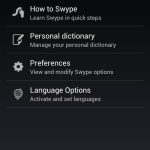 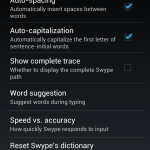 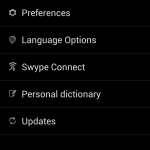 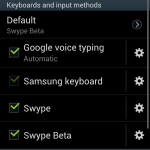 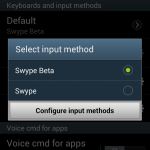 Now get going and Swype away!
–TotallydubbedHD