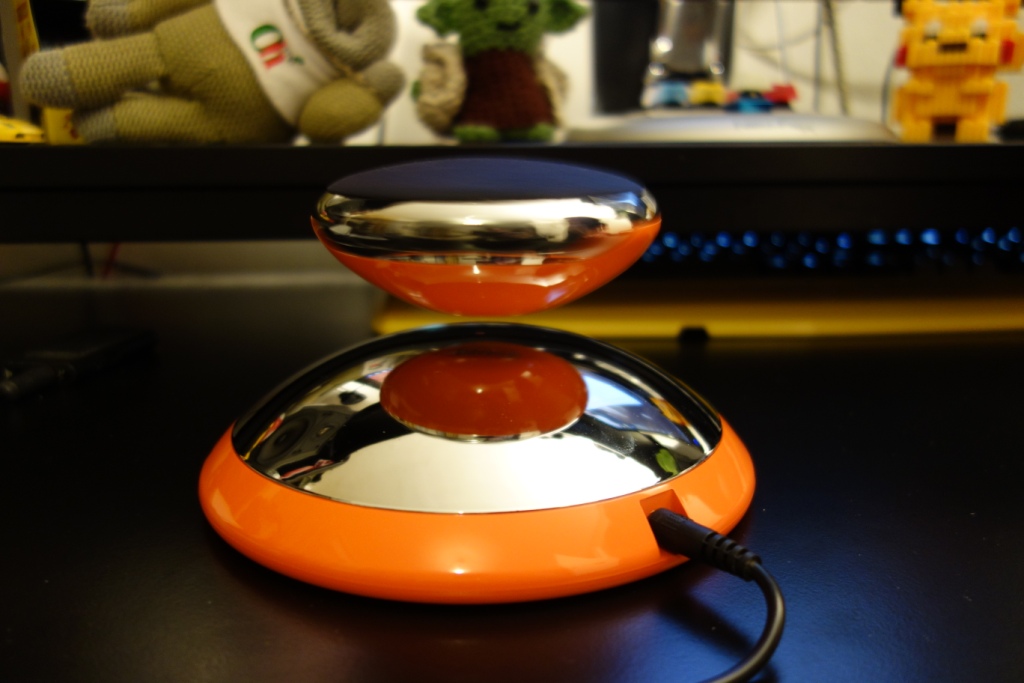 First of all I would like to thank PUMP Audio for sending me the PUMP Air for review.
Now the price varies, it’s £169 on their site and yet it’s only £69 (not incl postage) on Amazon. So I’m not sure what price to go by, but I’ll be looking at it, from the £169 price tag.
It should be said that the speaker was once on Kickstarter, but the funding was then stopped, as there might have been copyright issues linked to it – there are other speakers that use the same design principle and also look identical – either way I was intrigued to see how this performs.

Here’s a video review to complement the written review:

Let’s get on to the written review!

Inside the box you get the following: 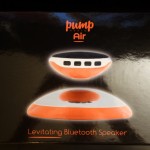 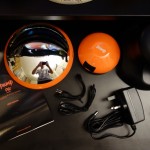 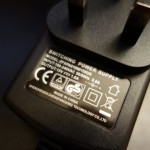 Everything you would want is pretty much included – I would say a carrying pouch would have added the icing on the cake, for the portability factor of the Bluetooth speaker.

Its build quality is fantastic, from the base to the Bluetooth speaker itself. The base has a DC input on the side, alongside a USB port, which is used as a charging point for your smartphone – a nifty and useful feature to have included.
The base has rubber bits underneath to prevent it from sliding all over the place and a small red light to indicate that it has DC power.
Finally the base has a orange trip with a super reflective-mirror faceplate, which is beautiful to look at and complements the floating speaker very well, but does mean it’s a fingerprint magnet. 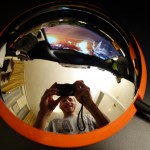 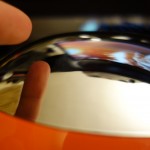 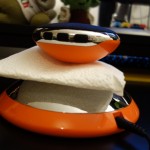 Moving on to the speaker itself, which is small and very much portable. The speaker fits in my hands easily and can be compared to a 5″ or so smartphone. It does weigh a little, but nevertheless is portable, which means you can use the speaker at home with the base and on the go – a useful feature.
The speaker itself has a few buttons on the side:
-On/off/pairing
-Vol+
-Vol-
Pause/play/reject/answer calls 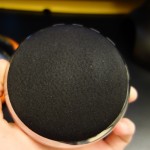 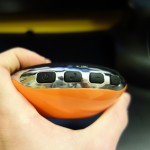 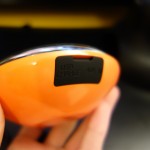 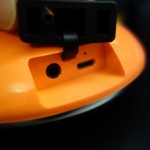 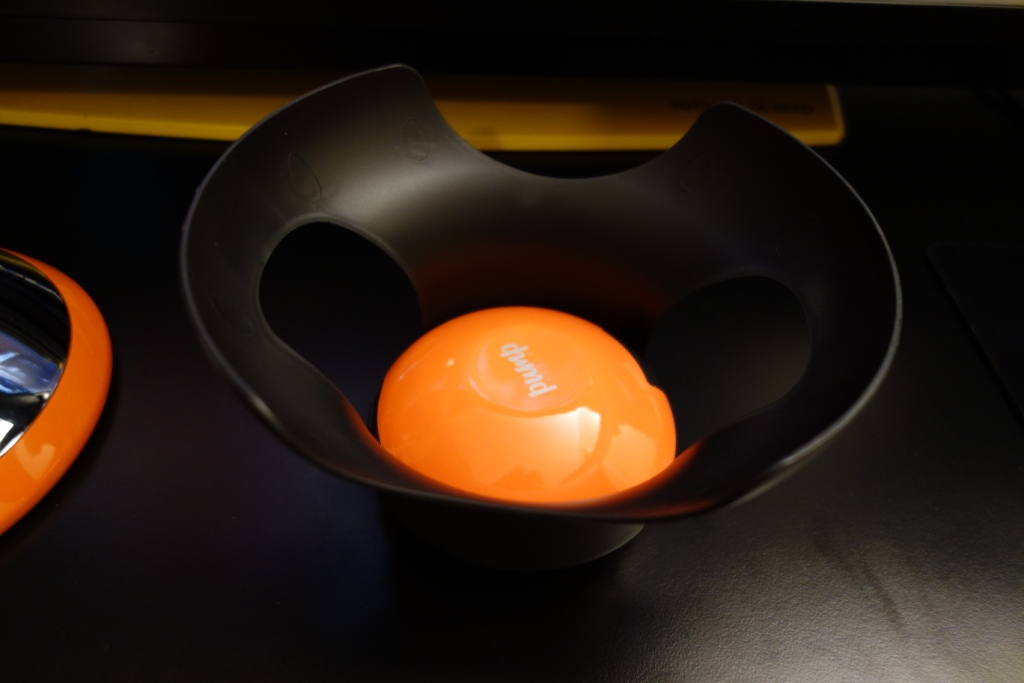 Overall the build quality of the speaker and its base is fantastic.

As said above, the speaker can be connected via a 3.5mm aux cable and also via Bluetooth. It’s Bluetooth range is impressive at around 10m through walls. Unfortunately it doesn’t support AptX, but does come with Bluetooth 4.0.
I also really like the fact that you can charge your phone whilst it’s being used. As when you use the base you’ll always need some power, so it makes logical sense to have the USB output there, to charge your phone at the same time. 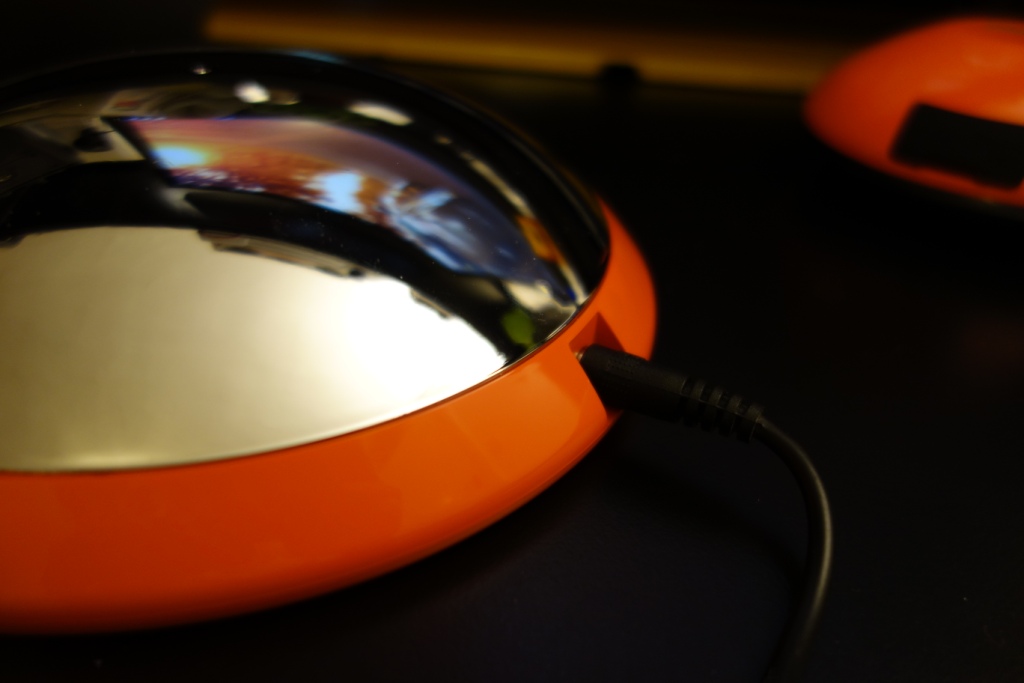 Finally, I should also note on how to get the speaker levitating. That plastic cone accessory that’s included within the package is used to do just that. It’s as simple as placing the speaker inside the plastic (with the speaker facing on the plastic face) and then, whilst holding the speaker and plastic together, placing it over the base. Be sure to not put it in at an angle, but instead from the top to bottom vertically.
It should be noted that the speaker can be placed without the plastic accessory, but it does take patience and sometimes a few trial and error attempts.

Now the sound quality was disappointing, be it at the £69 or £169 price tag. I would have really wanted to have more sound coming out from the speaker’s driver. I found the sound quality to be a little dull and subdued, with the lows being uncontrolled and not really extending all that well, albeit having a large mid-bass impact.
Meanwhile the mids were recessed and V-shaped, which didn’t really provide a good quality sound signature to the speaker.
The highs were also lacking in extension and more so didn’t really have that sparkle to them either, which resulted ina slightly boring sounding speaker.
Finally its soundstage, which by far was the most exciting part, was decent. Due to its upward speaker design, the sound felt it was really 360 degrees. With that said, the soundstage could have been more expansive, with slightly wider and deeper sound. 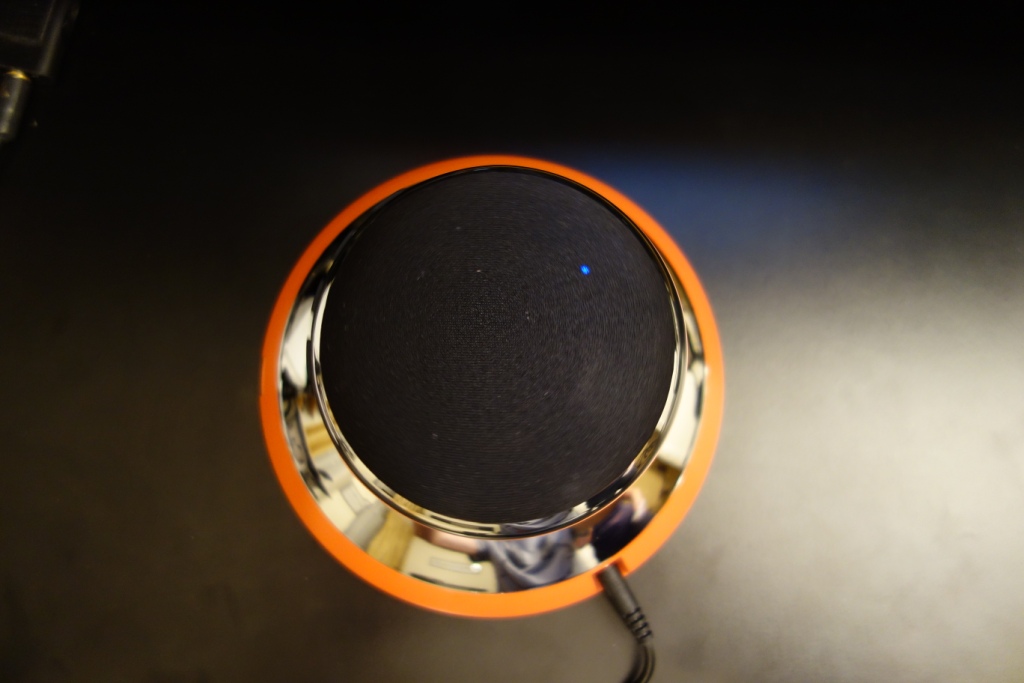 Overall, I was just left disappointed by its sound quality, where a £30-40 speaker that I’ve previously reviewed provided better sound quality. 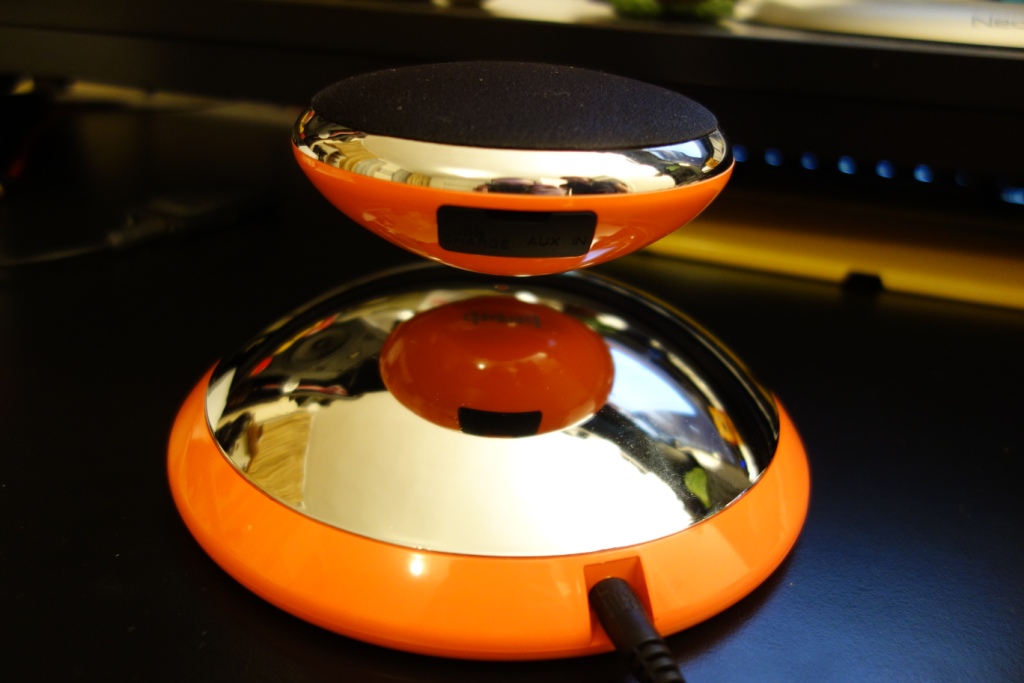 I appreciate you’re paying for the design and the cool feature of that the PUMP Air offers, but I would have just liked to see a little more emphasis on the sound quality. As someone who appreciates good audio, I wouldn’t see myself using it as a Bluetooth speaker, purely based on its sound quality. However I can see this being a cool gadget in the house, where people would enjoy looking at it and using it to show off to your friends and family. For that reason it gets a 4/5 stars, especially given its (original) high price tag.